A viral video has shown the aftermath of a shooting at a high school in Texas on Friday, with students being hurried out of the building through corridors lined with heavily-armed officers, and blood and glass on the floor.

‘Oh my God,’ whispers the girl filming the TikTok, as she jogs out of the school in a line with other students, all of them with their hands up.

A member of law enforcement can be heard saying: ‘You’re alright. Keep moving’.

The gunman, a 25-year-old former student described by his family as mentally unbalanced, opened fire on students and injured the principal.

None of the 1,000 students were harmed, and the gunman, Dexter Kelsey, was taken into custody.

A student at YES Prep school in Houston filmed the aftermath of a shooting at her school on Friday in a TikTok that has gone viral, showing broken glass (above) and blood splatters 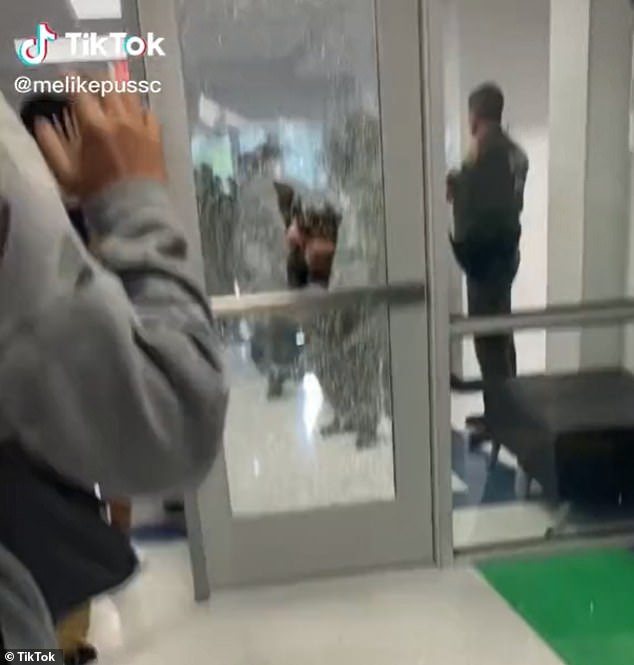 The students are hurried out of the building in a line, with their hands in the air 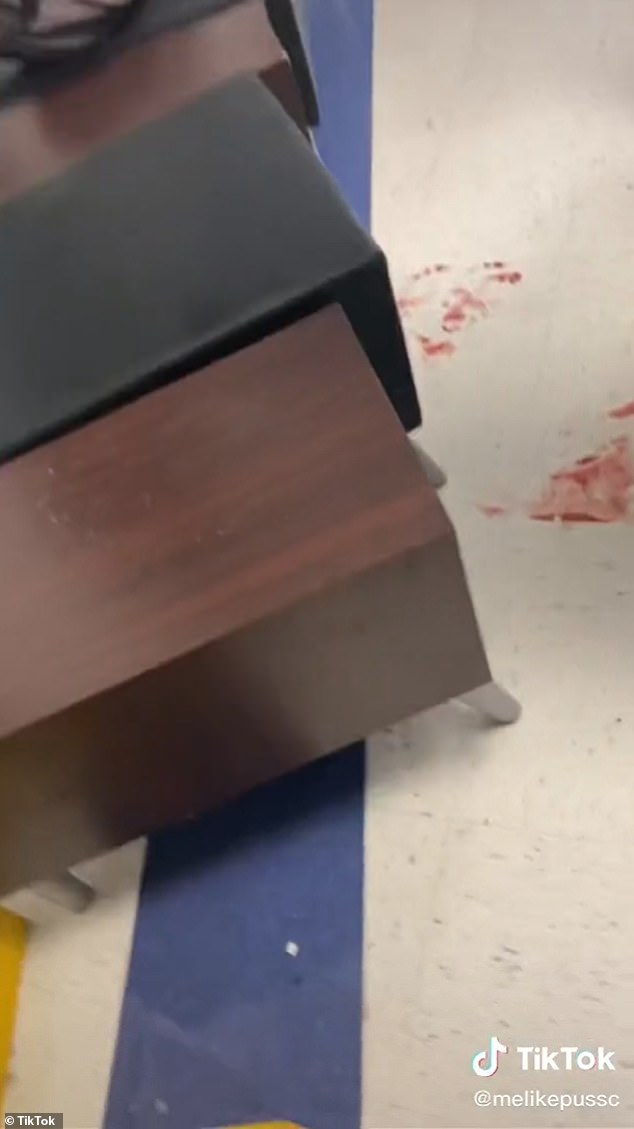 Traces of blood can be seen on the floor as the students headed out the door. The school principal was shot in the back as he was ushering students into lockdown 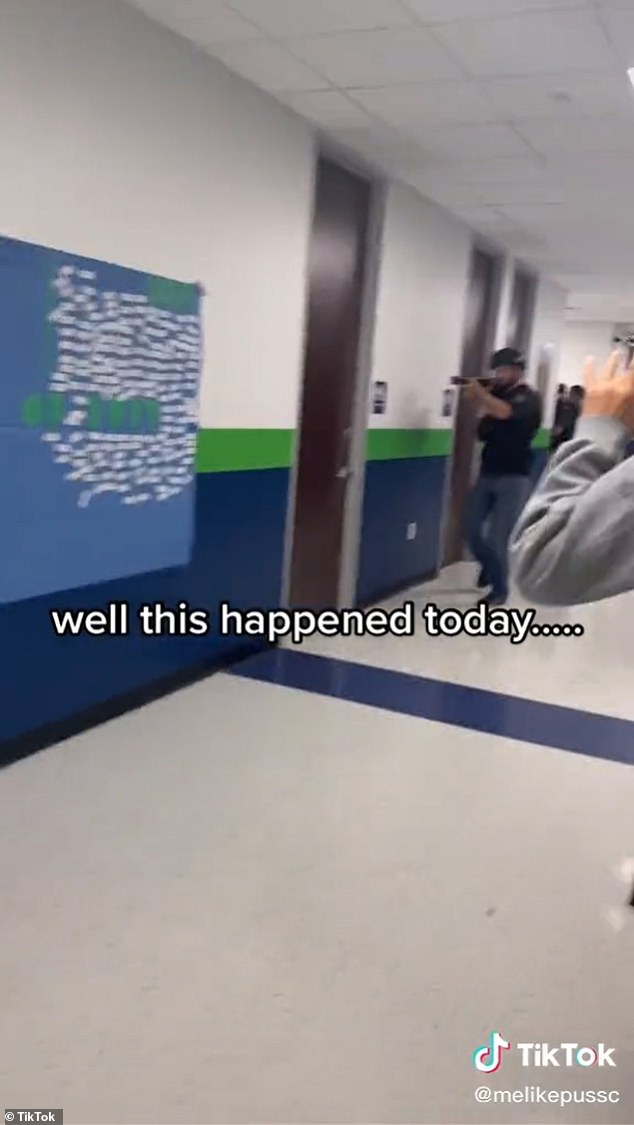 Heavily-armed members of law enforcement can be seen inside the building as the students left, checking for accomplices and securing the site

Kelsey is being held in the Harris County Jail on a total bond of $5.25 million after being charged with aggravated assault of public servant and deadly conduct.

Kelsey did not appear in court as scheduled on Monday, KHOU reported.

His attorney has requested a mental health evaluation.

Police say Kelsey entered YES Prep Southwest Secondary School on Friday armed with a rifle and shot through a glass door at the entrance.

Once inside, Kelsey shot at principal Eric Espinoza, hitting him in the back, Houston Police Department Chief Troy Finner said.

The TikTok video shows glass on the floor and flecks of blood. 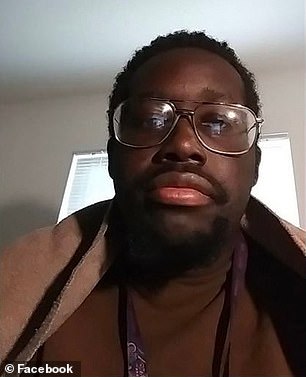 Dexter Kelsey, 25, has arrested after he opened fire at his former school, YES Prep Southwest Secondary, on Friday

Kesey later surrendered to police and remains in custody.

Espinoza was treated in hospital for a bullet grazing his spine, but was released from hospital later the same day.

Kelsey’s adoptive mother, Doris Kelsey, released a statement naming him as the gunman, and revealing he had previously lived a few blocks away from the school.

‘I apologize to the school community because I didn’t know Dexter was in this state of mind that he was in,’ she said, according to Click 2 Houston.

‘I didn’t know he had the issues that he was going through and I apologize to everybody and I hope they accept my apology.’

The incident took place at 11:45 am on Friday at the school’s campus in Houston, Texas.

Authorities cleared the scene after 2pm when parents arrived to pick up their children. 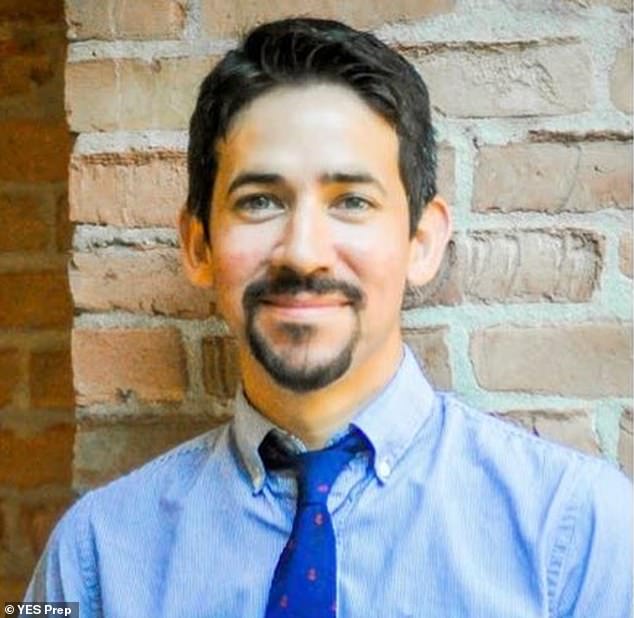 Principal Eric Espinoza was shot in the back while warning classrooms to lockdown after Kelsey broke into the school, having fired open the locks on the doors 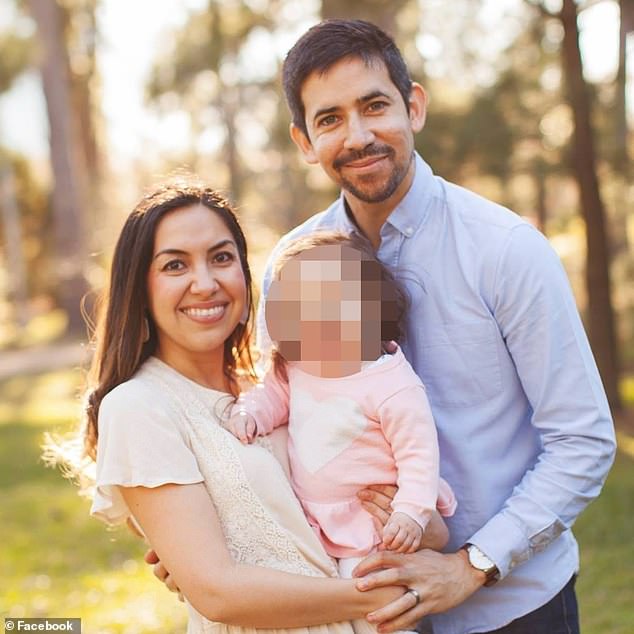 Espinoza, pictured with his wife and child, has been released from the hospital and is recovering at home 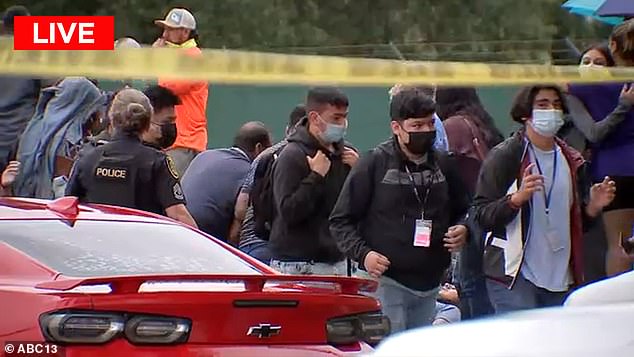 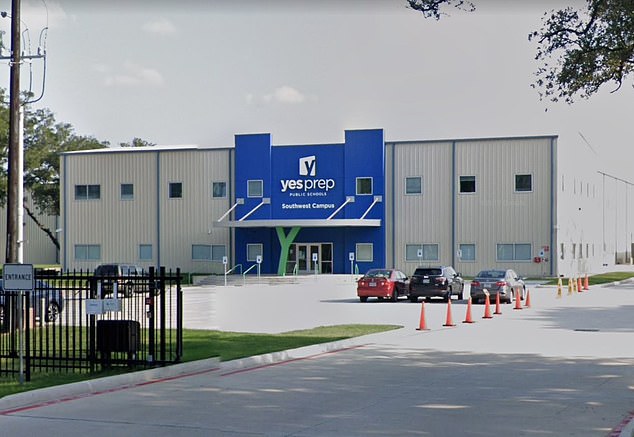 The shooting took place at the Yes Prep Southwest Secondary school at 11:45 am on Friday

Police were at the scene guiding students and parents away from the area as they searched for other possible shooters, which they did not find.

Parents were directed to a nearby grocery store parking lot for pick up.

The Houston Fire Department added that they were on the scene, ‘treating and transporting’ Espinoza.

Live TV footage showed students and parents crying and holding each other as ambulances and police cars drove to the school.

Yes Prep Southwest Secondary is a charter school that serves students in grades six through 12.

The school posted the news to Facebook alerting parents to the shooting.

‘ATTENTION FAMILIES: Police are on campus with a suspect in custody who opened fire inside the school,’ the school wrote.

‘Please do not drive to the school; roads are blocked by Houston Police Department. We are gathering information and will pass along as soon as we can.’

The school announced that it will meet with students and families before classes resume on Wednesday. 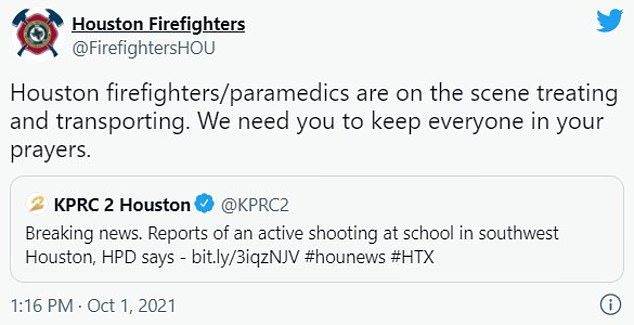 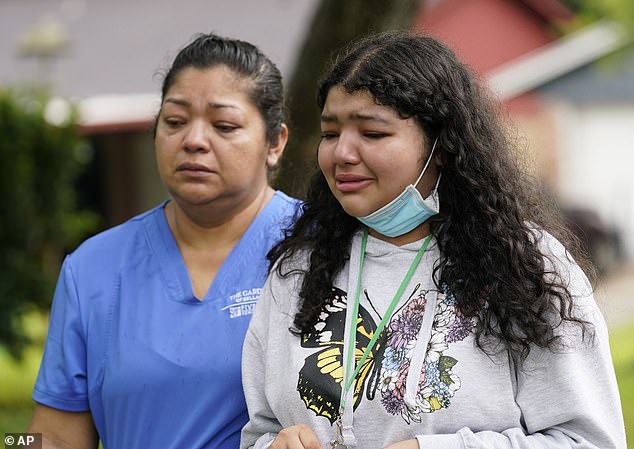 No students were injured during the shooting. Classes have been canceled until Wednesday 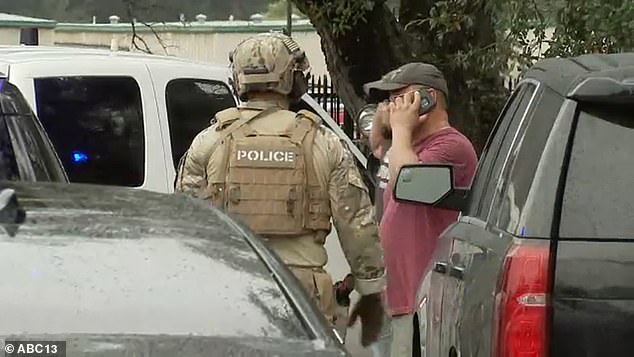 ‘We cannot imagine the terror you must have felt as the events unfolded.

‘[Friday’s] shocking incident is one that no student, parent or educator should ever have to go through or cope with on their own. We have counselors standing by to help anyone needing support over the weekend, next week, and through the school year,’ the school wrote.

Espinoza’s heroic actions have been lauded by students, teachers, and parents.

‘I really can say Mr. Espinoza is really brave for what he did. I really do thank him for trying to save us, because he really did save us. He actually took a shot for all of us and I really do thank that from him,’ student Alondra Villafuerte told ABC 13.

‘An active shooter on campus is nothing I’d ever thought I’d experience as a teacher…. But today I did. But I am SAFE. My students are SAFE.

‘My coworkers are amazing people and my principal Eric Espinoza deserves an award for his quick action.’ 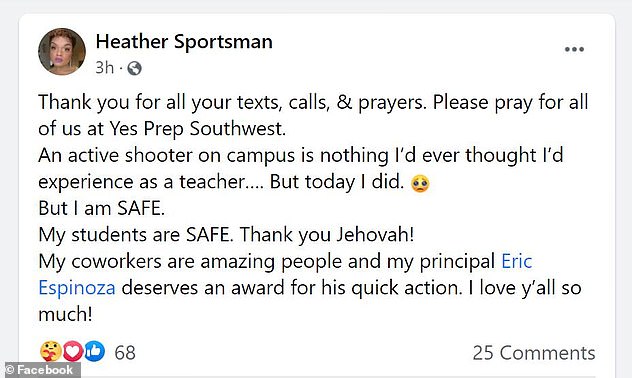 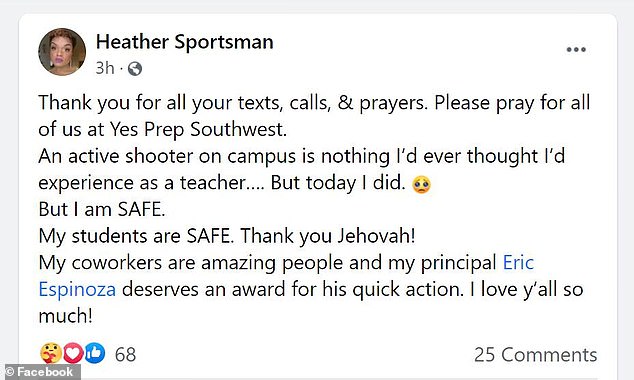 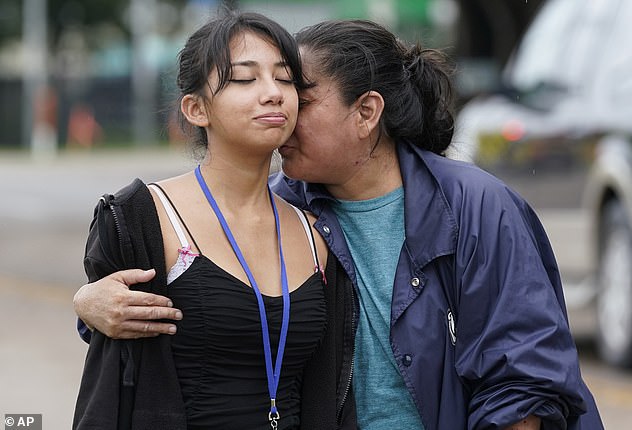 Zoey Torres, 17, a junior, is hugged by her mother, Janette Torres, as they walk from YES Prep Academy Southwest 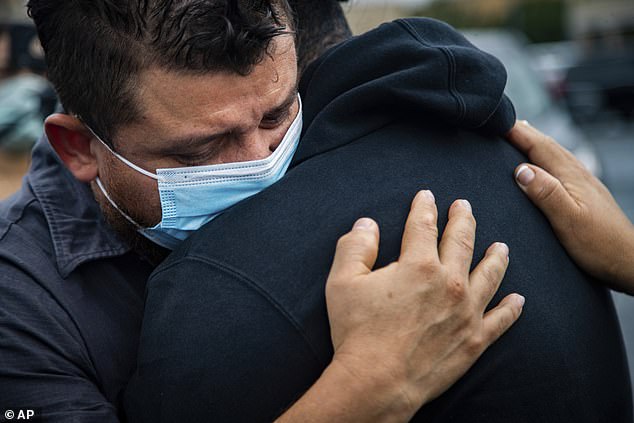 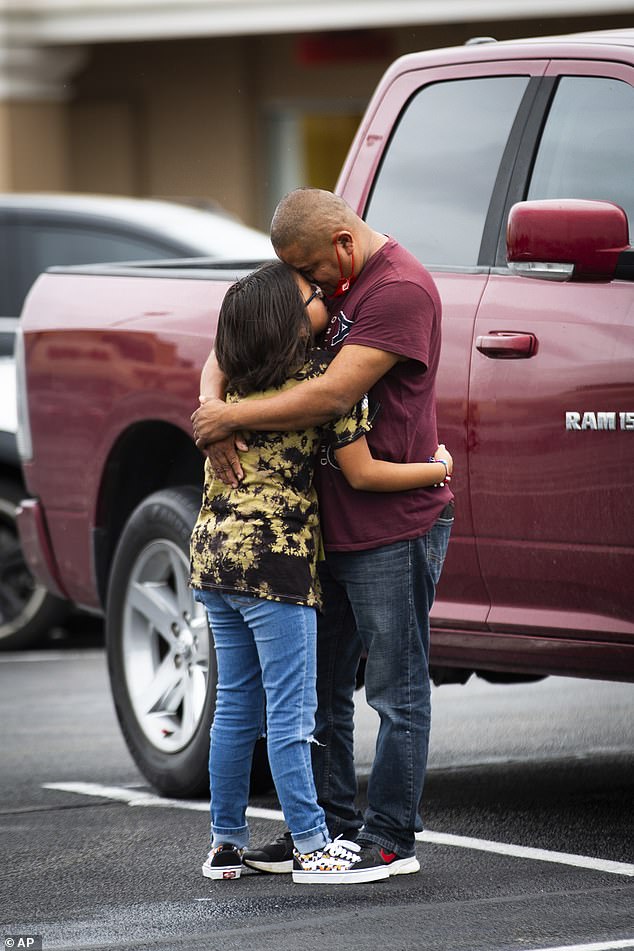 Homero Duque, 38, holds on to his daughter, Melissa Duque, 11, after the shooting at YES Prep Southwest Secondary

She said: ‘The principle the real mvp!!! I promise I thank god for him!’

Williams said that Espinoza had gone to her daughter’s classroom to tell them to lock down.

He was apparently shot near the classroom.

‘He was saving kids even when he was shot in the back,’ Williams posted.

Houston police said that the bullet that struck Espinoza remains in his back as it did not impact any vital organs.

Espinoza has served as the school’s principal for five years.

Before being promoted to principal, he taught Spanish I and II and served as a Grade Level Chair.

Espinoza himself graduated from the school in 2003.

Home of man accused in Cassidy Rainwater disappearance burns down 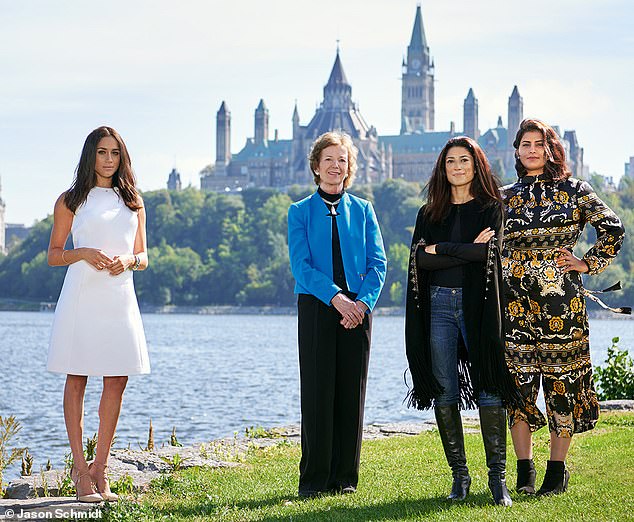 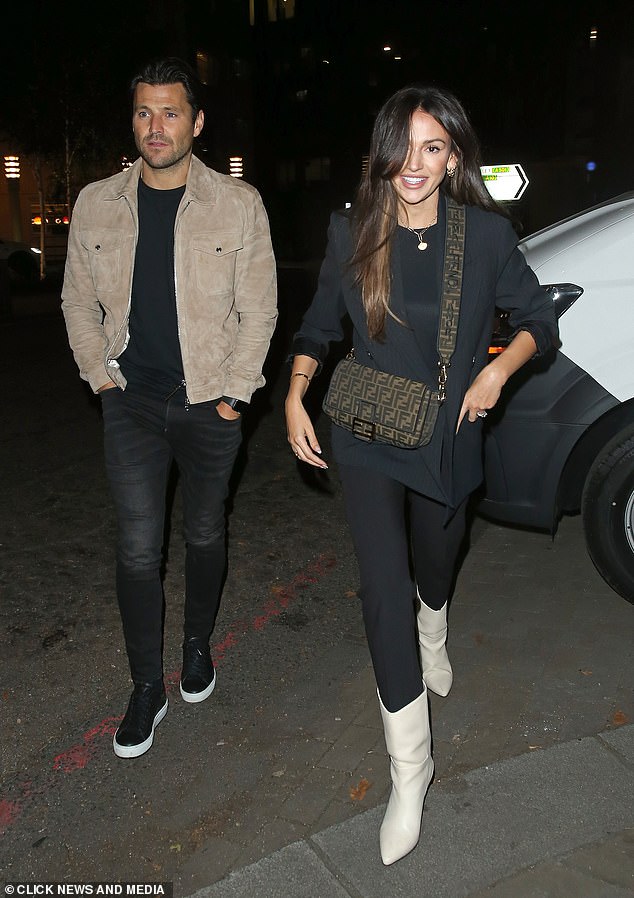 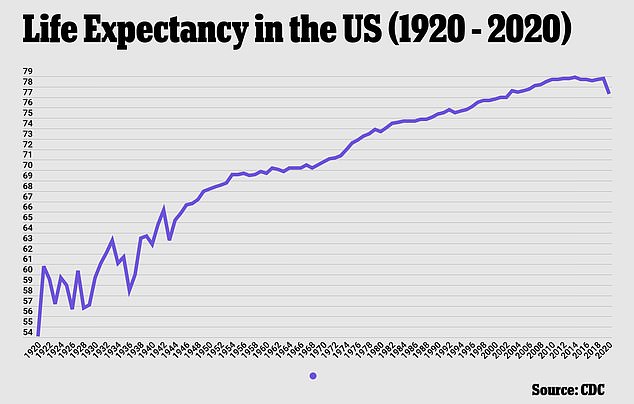 US life expectancy falls the most since WWII to 77.3 amid the COVID-19 pandemic, CDC report finds