Hooters has taken its ‘delightfully tacky, yet unrefined’ mantra to new hemline heights after introducing skimpy new uniform shorts for its female staff – who are voicing outrage over the ‘tiny’ derriere-baring design, while comparing the style to ‘panties’ and ‘underwear’.

The new uniforms, which were introduced this month, have prompted fury among Hooters Girls, several of whom quickly took to TikTok to express their horror over the new ensembles, while showing off the ‘revealing’ hot pants to their followers.

Hooters’ decision to introduce the derriere-baring hotpants marks a major shift in focus for the infamous eatery – which was founded in 1983 and quickly built a salacious reputation on hiring ample-chested women who serve customers while modeling cleavage-baring tank tops and T-shirts.

While the chain’s previous uniform did also feature very short shorts, a number of the eatery’s staff members – who are known as Hooters Girls – insist that they always felt comfortable in the designs because they kept their buttocks covered.

On the other hand, the new skin-tight hotpants do quite the opposite courtesy of their very high-cut design, which some staff members have gone as far as to label ‘pornographic’.

‘So, this is what I’m supposed to be wearing… and I hate it!’ 22-year-old Hooters bartender Kirsten Songer said while modeling her new uniform for her followers.

Controversy: Hooters has sparked fury among female staff members after introducing a tiny new uniform shorts (pictured) that some are calling ‘pornographic’ and comparing to ‘panties’ 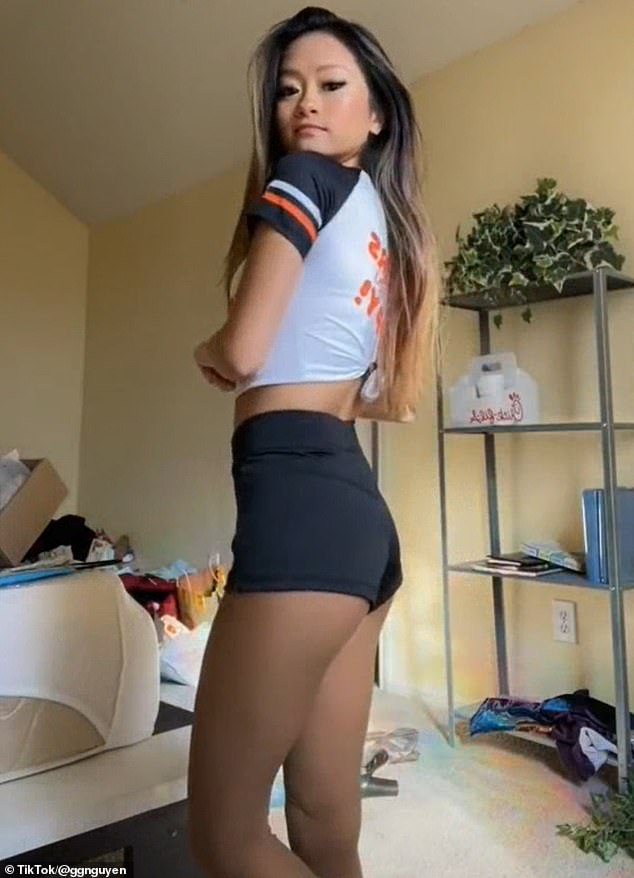 The originals: Many Hooters Girls have taken to TikTok to show off the ‘revealing’ new design, while comparing them to the old style – which covered their buttocks (pictured) 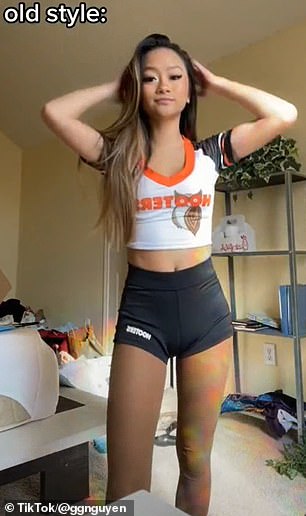 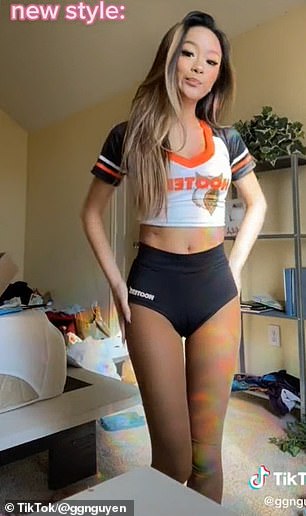 Spot the difference! Texas-based Hooters Girl Giselle Nguyen, 20, shared a comparison video on her TikTok account, showing off the difference between the old (left) and new (right) shorts

New direction: Kirsten Songer, 22, who has worked for the chain for a year, tried on her old and new shorts in a TikTok video, joking that the updated version ‘no longer covers anything’

‘The new black shorts, they do not have a bottom, they have a crotch string. So they sit like this… oh look, a wedgie!

‘There is no longer anything covered by these shorts. And this is what the problem with the new shorts is, this is why all of the Hooters girls are upset. Because this is not what I agreed to wear a year ago when I was hired.’

Kirsten – who earned viral fame in July when she posted a series of videos detailing how she fakes ample cleavage for her job, despite having AA-cup breasts – tried on both her old shorts and her new to make clear the differences in the design, noting that while the original pair could not be considered demure, they covered much more skin that the updated version.

‘As far as the shorts go, we have orange shorts and we have black shorts,’ she explained. ‘The orange shorts are if you’re waitressing on the floor and they tend to run a little bit bigger.’

The bartender then tried on her old orange shorts while turning around in front of the camera to show off the fit, before then putting on the new design.

In another video, the TikTok-famous Hooters Girl joked that she was tempted to quit her job over the uniform change, explaining in her caption that she ‘had seen [other] TikToks about the shorts’ but was still stunned to discover just how small they really are.

‘I got mine today and this is WILD,’ she wrote, before reassuring her followers: ‘I didn’t actually quit, don’t worry.’

Other Hooters Girls have been a bit more tongue-in-cheek about their new uniform requirements, with many posting joking videos set to humorous songs or sounds while flashing their high-cut hotpants for the camera. 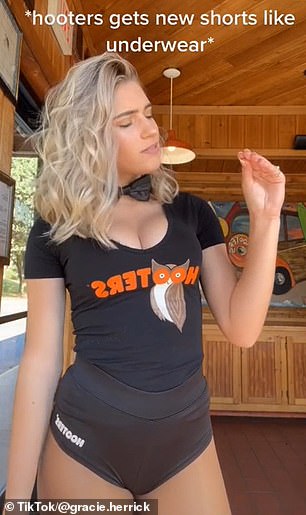 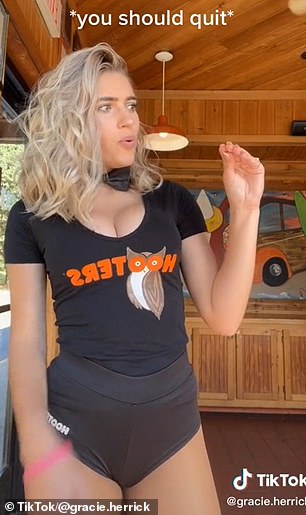 Upset: Some Hooters Girls – including Gracie Herrick – have joked that they were temped to quit their jobs after seeing the new uniforms 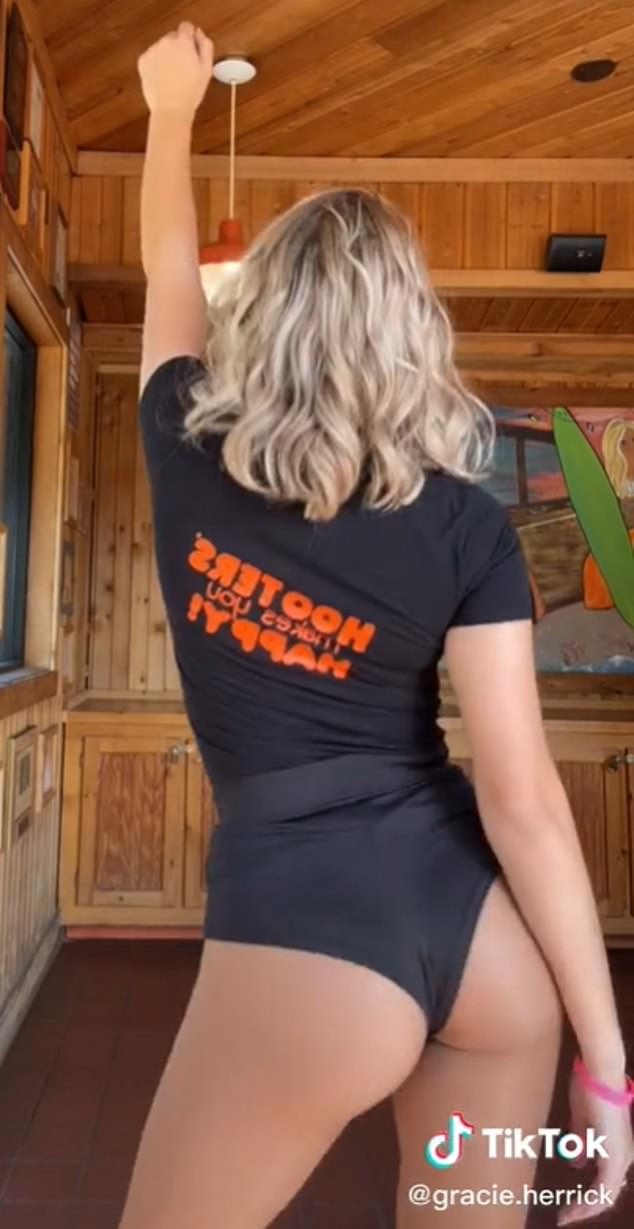 Barely there: The new shorts feature a very high-cut hemline at the back, which is designed to flash the wearer’s buttocks; all staff members are required to wear tights under their shorts 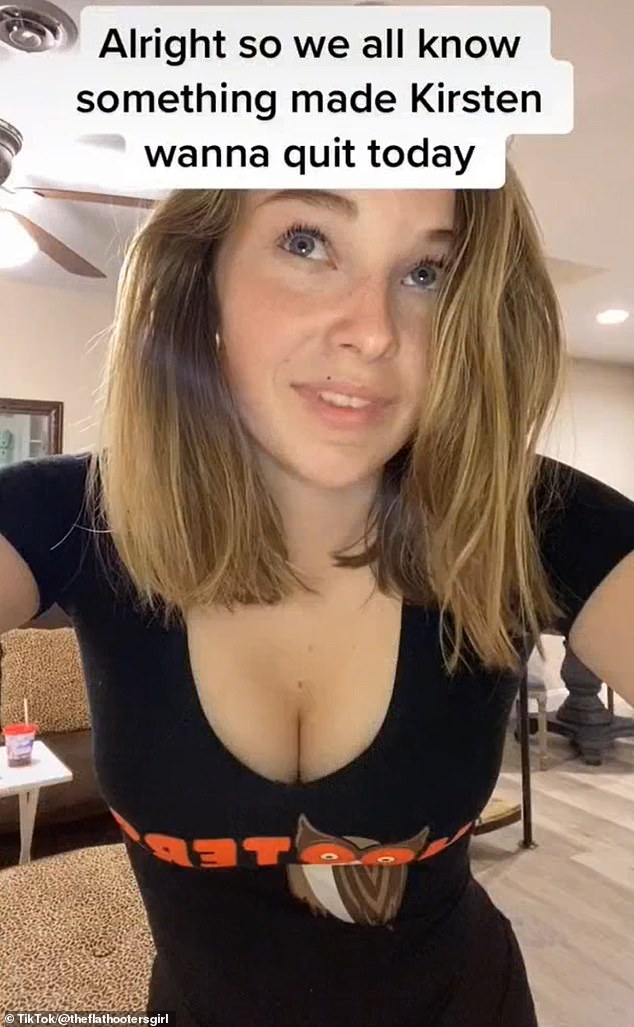 New direction? The uniform update marks a major shift for the infamous eatery – which is best known for hiring ample-chested female staff who flaunt their cleavage in low-cut shirts 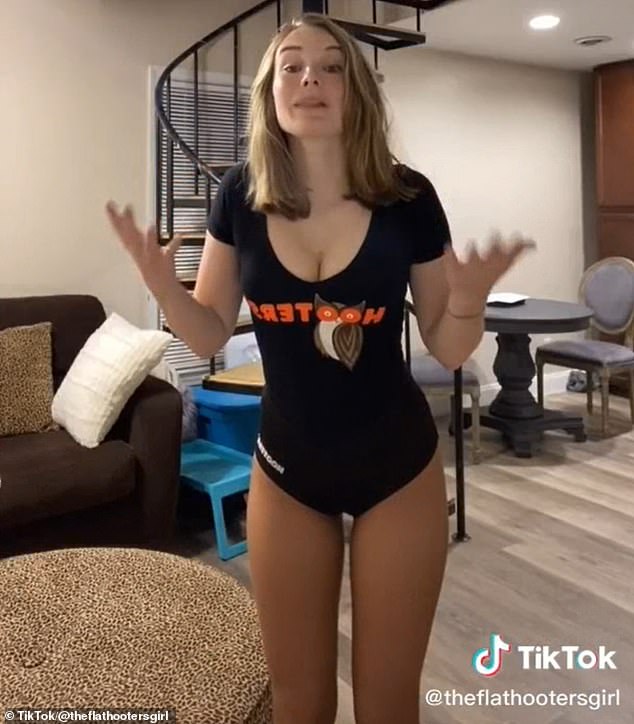 Confusion: Kirsten went viral in July for revealing how she fakes ample cleavage for work despite having size AA-cup breasts, and now her video about the shorts has gone viral

‘I hate it’: The University of South Carolina graduate said that the new high-rise style gives her a ‘wedgie’ no matter how she wears them

Another waitress, Giselle Nguyen, 20, from Texas, filmed herself holding up her old and new shorts, while asking: ‘What’s that supposed to fit?!’

After being bombarded with requests from her followers, she then tried on both of the styles, revealing just how much more skin the new design shows off.

DailyMail.com has reached out to Hooters for a comment.

The chain’s new uniforms appear to signal a change in direction for Hooters – which has been so determined to maintain focus on the appearance of its staff members’ chests that it has reportedly told waitresses to cover up their backsides in the past in an attempt to keep up its cleavage-concentrated image.

One former staff member who penned a piece about the new shorts for Mel Magazine claimed that she was actually told to wear a larger size in her uniform shorts back in 2015 because she ‘had too much a** hanging out’ and they wanted her to look ‘more conservative’.

‘When I was first hired, I was given an XXS pair of shorts,’ she shared. ‘I don’t bring this up to highlight how petite I am, but rather to highlight Hooters’ sizing system.

‘A few days in, a male manager had the woman training me take me into the bathroom to tell me that I simply had too much ass hanging out of these XXS shorts, and was promptly switched to a more conservative XS pair.’ 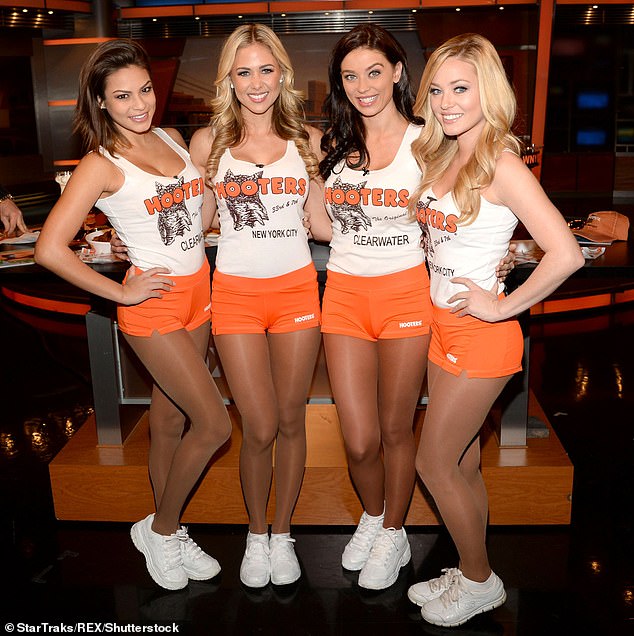 Back in the day: Although the Hooters Girl uniforms have always featured short shorts, the chain has reportedly always wanted its staff to keep their buttocks completely covered 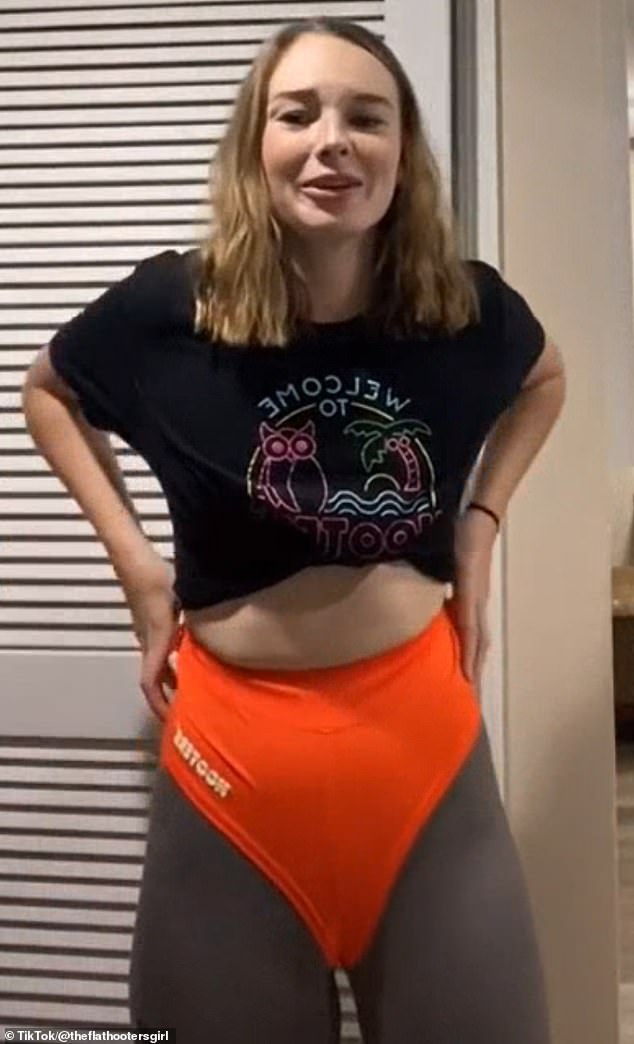 Awkward: According to Kirsten, the new shorts are so small that she has actually had to size up because her normal fit – XXS – is almost impossible for her to put on 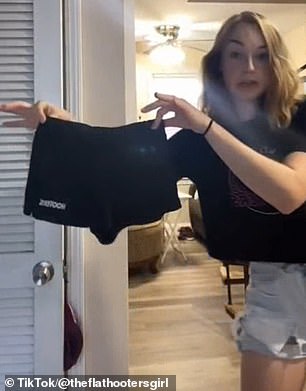 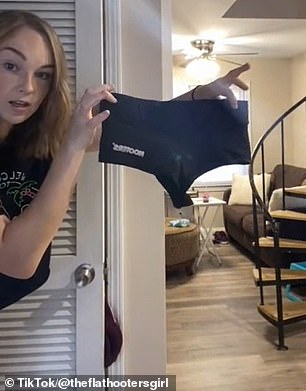 Teeny: She held up the old and new shorts styles for the camera to demonstrate just how small the new design is in comparison with the old pair 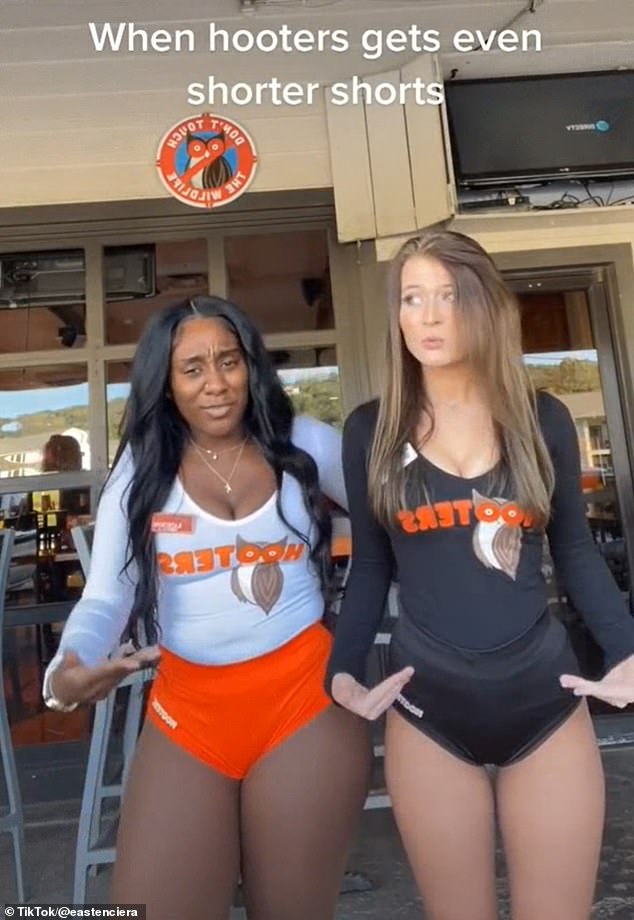 Hooters has also always implemented very strict rules about its staff members’ hair, makeup, and nails, with one waitress revealing to Cosmopolitan in 2018 that the chain wanted to avoid its workers from ever looking ‘tacky’.

‘Hooters is actually very strict,’ Courtney Dietz told the outlet. ‘Nails have to be French or nude. You’re only allowed to wear a ring on your ring finger, no other jewelry. Your hair has to be done. You have to have a full face of makeup on.

‘There’s a certain way you have to wear your uniform. It’s already Hooters, so we don’t want you to look tacky!’

Courtney added that there were very specific uniform rules regarding the shorts, explaining that staff were encouraged to show off what Hooters calls ‘the smile under the shorts’ – referring to the bottom crease of the buttocks.

However, she claimed that Hooters Girls were told to ensure that there was always some ‘extra space’ in their shorts so that they didn’t appear ‘skintight’.

‘You have to see what we call the smile under the shorts,’ she shared. ‘We call the shorts chicken wings so that when you turn around, there’s some extra space in your shorts and they’re not skintight.’

Three years later, it appears that policy has now changed – with the TikTok videos about the new shorts revealing the design to be incredibly form-fitting, leaving almost nothing to the imagination.

The uniform update comes in the wake of a years-long struggle for the restaurant chain, which has seen sales steadily declining, with many blaming the downturn on changing attitudes towards the eatery’s ‘outdated’ focus on the appearance of its female staff.

In 2013, it was reported that Hooters’ sales had ‘mostly fallen’ for five out of the previous six years – prompting the chain to implement a major makeover across all of its eateries, which not only saw the venues themselves getting an overhaul, but also the uniforms for its staff. 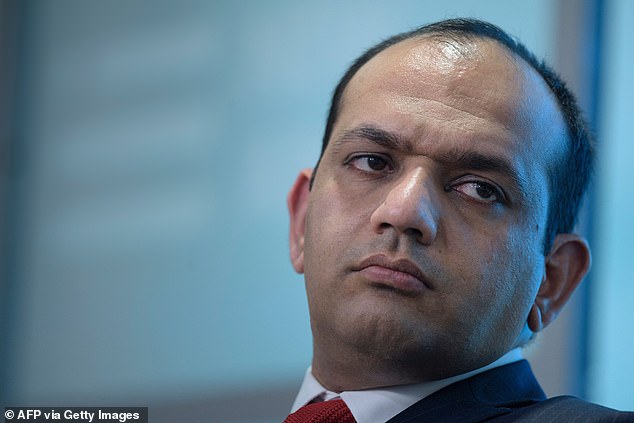 ‘I’m a fighter’: Caitlyn Jenner opens up about running for California governor 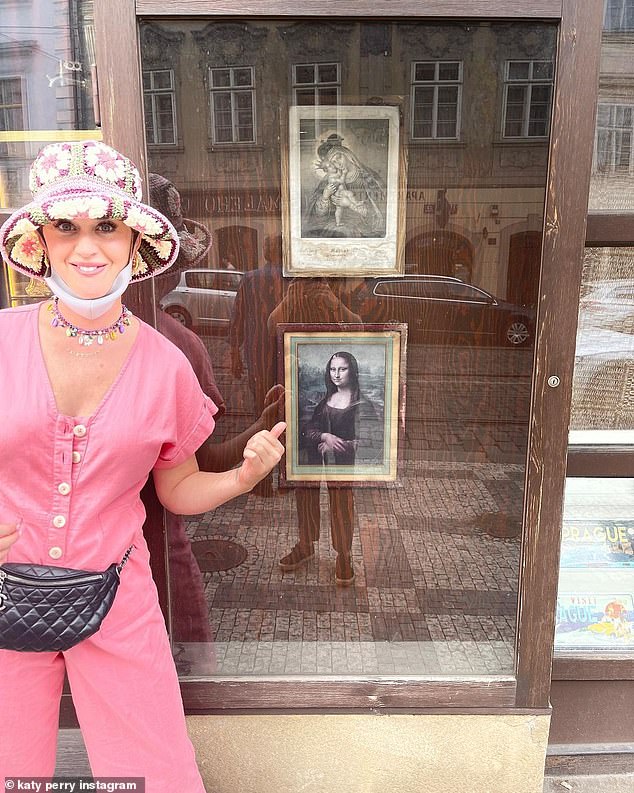 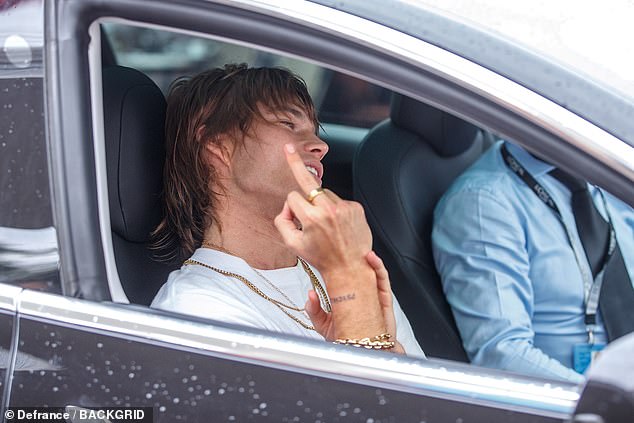