Former Home and Away star Mat Stevenson has adopted his transgender daughter Grace Hyland’s best friend Belle, whose own father allegedly turned her away when she transitioned from male to female.

Grace shared the news on TikTok on Saturday, telling her 229,000 followers: ‘We’re sisters now! My BFF’s dad left because she’s trans. So we did this!’

The accompanying video began with Grace handing a bouquet of flowers to Belle, before cutting to Mat holding an adoption certificate and placing a kiss on Bambi’s cheek.

Sisters: Home and Away star Mat Stevenson (centre) has adopted his transgender daughter Grace’s (left) best friend Belle Bambi (right), after her own father left her ‘because she was trans’

‘He’s always supported me, and he wants to support Bambi, too,’ Grace said.

Bambi shared a similar video on her own TikTok account, which showed Mat signing the paper as she exclaimed: ‘He’s adopted me!’

Meanwhile, Grace has been documenting her male-to-female transition on social media since she began identifying as a girl at the age of 12. 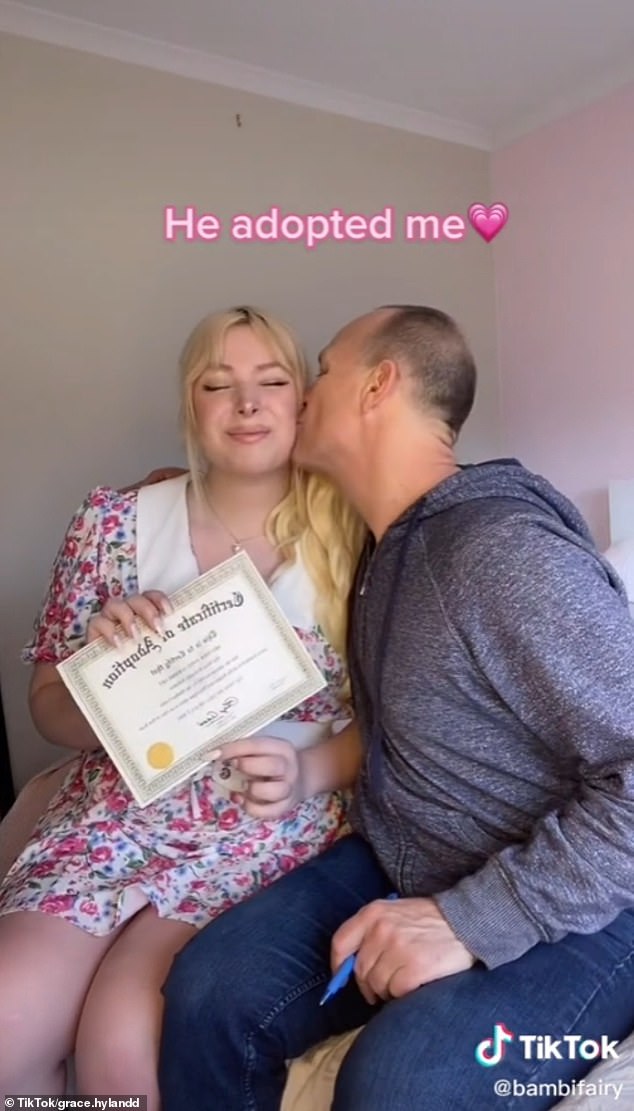 Family: Bambi shared a similar video to her own TikTok page, which showed Mat signing the paper as she exclaimed: ‘He’s adopted me’ 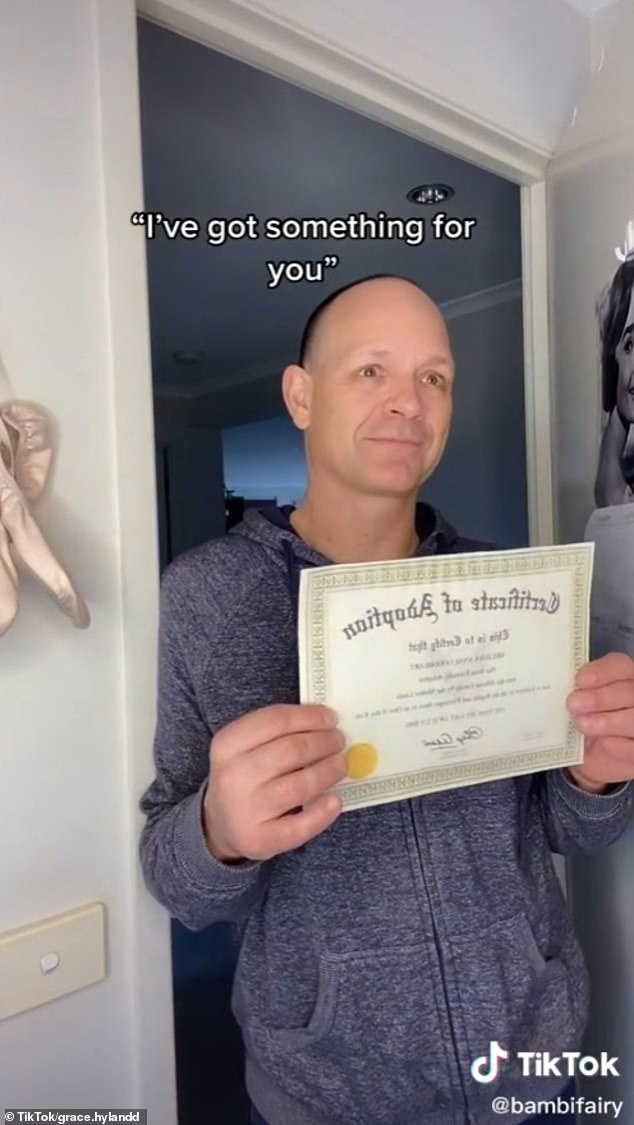 ‘I’ve got something for you’: Bambi shared a similar emotional video showing Mat knocking on the door, announcing the adoption news to her

In January, she revealed her incredible ‘glow-up’ in a montage video on Instagram.

Mat, who became a household name when he starred as Adam Cameron in Home and Away, has always been supportive of his daughter.

He discussed Grace’s transition on The Sunday Project earlier this year, and revealed how his friends reacted to learning of his child’s gender identity. 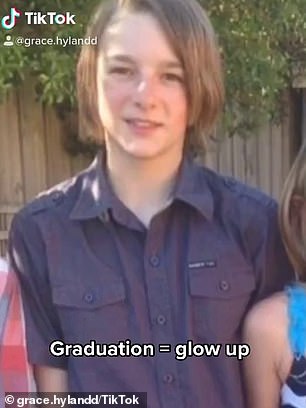 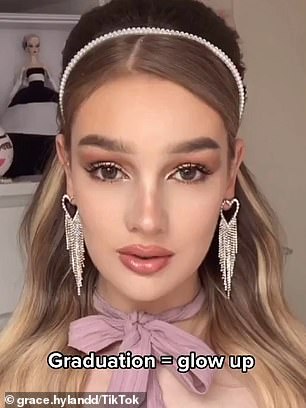 Growing up: Grace has shared numerous images over the years of her transition, posting her incredible ‘glow-up’ on Instagram

He said that while some friend were ‘pretty seamless’ and ‘got it’, others struggled and he asked them to simply ‘show some empathy’.

Grace knew she was meant to be female as early as the age of ‘four or five’, and began transitioning at the age of 12.

She consulted doctors, psychologists and experts in the field for a year before commencing any physical treatment. 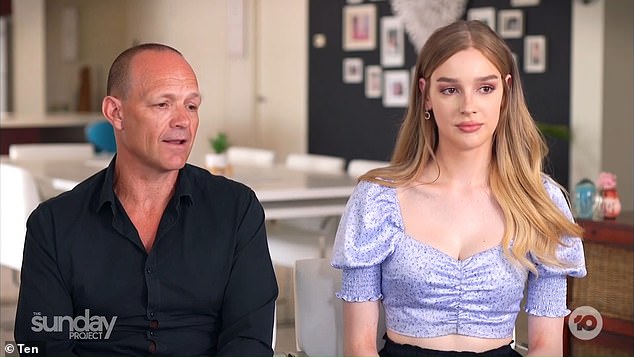 Proud father: The TikTok post comes after Grace and her father Mat (left), appeared on The Sunday Project to discuss her gender transition

‘I came out at 12 and then I went through a gradual transition until I was 14, to grow my hair out, to get my name change sorted, to sort out my blockers,’ she said.

‘And then by the time I was 14, I was fully presenting as Grace to the public and at school.’

Grace, who has become a TikTok sensation with 229,000 followers, said she would not be where she is today without her father’s support. 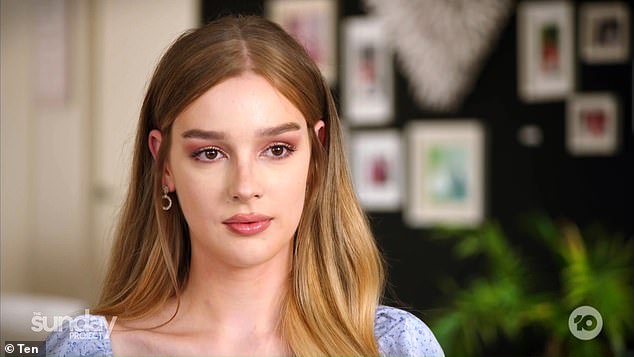 Process: Grace knew she was meant to be female as early as the age of ‘four or five’, and began transitioning at the age of 12. She consulted doctors, psychologists and experts in the field for a year before commencing any physical treatment 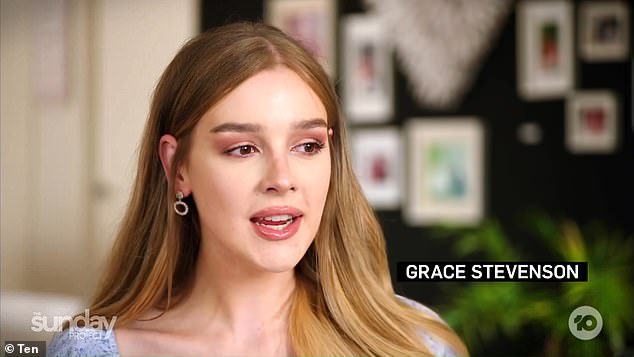 A father’s love: Grace said she would not be where she is today without her father’s support 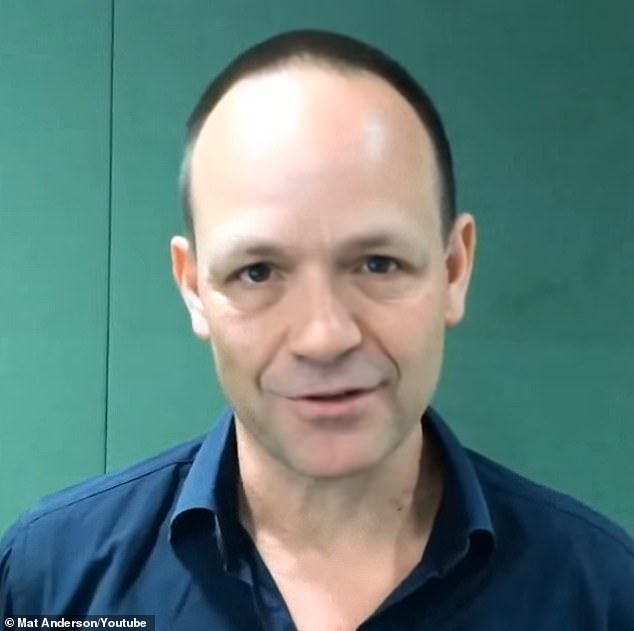 Candid comments: When asked how his male friends reacted to news of his daughter’s transition, Mat said: ‘Some of my mates were pretty seamless, they got it. Some couldn’t get it’

Mat also highlighted the shocking suicide rate among transgender teenagers, saying he didn’t want his daughter ‘to become one of those statistics’.

‘Sadly in this country, we have a really high adolescent suicide rate and it’s a tragedy. Trans-adolescents are 36 times more likely to self-harm, to commit suicide,’ he said.

‘There’s a distinct correlation between lack of support and self-harm. I didn’t want my daughter to become one of those statistics.’

For parent/carer support or community information, please reach out to Transcend 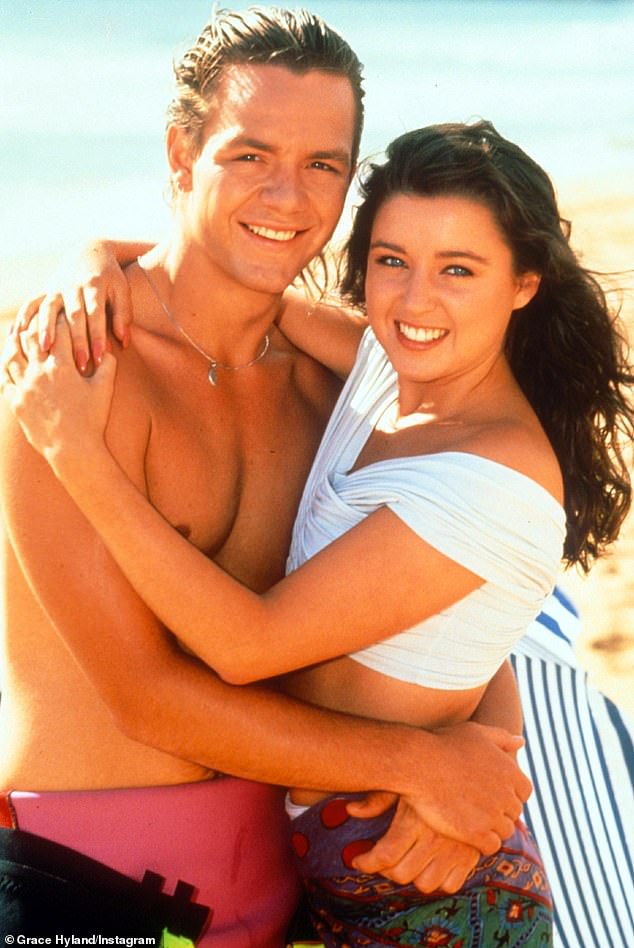 Nineties star: Mat became a household name when he starred on Channel Seven soap Home and Away in the ’90s, playing the role of Adam Cameron. Pictured with Dannii Minogue

Stars all have the same nose! Ever noticed that many A-listers sport near identical profiles? 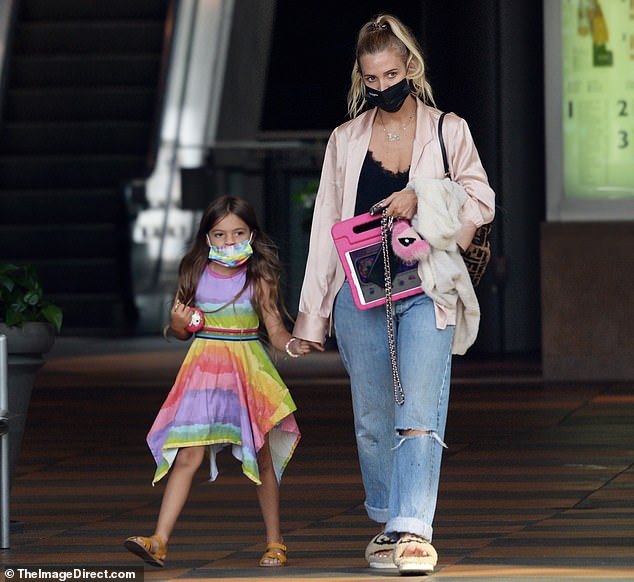 Ashlee Simpson holds hands with her daughter Jagger, six, as she takes her on a shopping spree 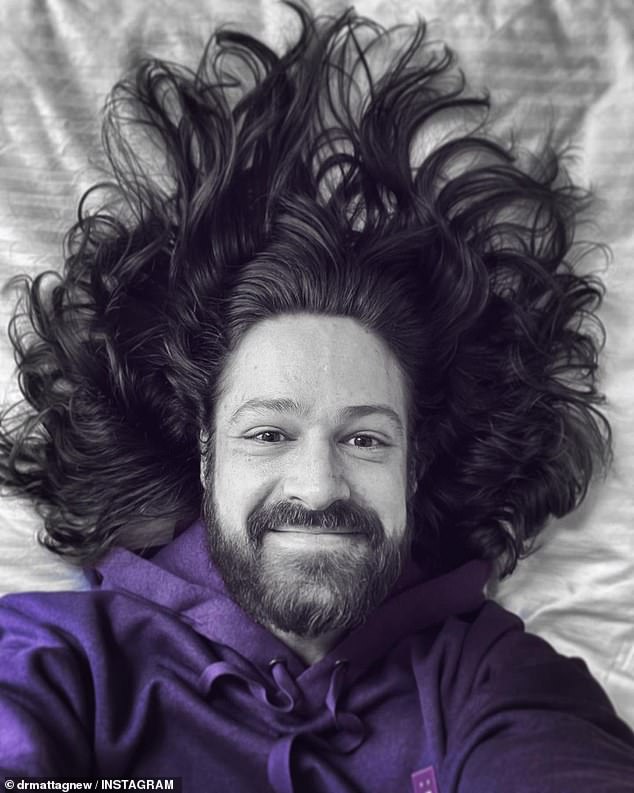 Can you guess who this famous Bachelor star is? Reality favourite looks COMPLETELY unrecognisable 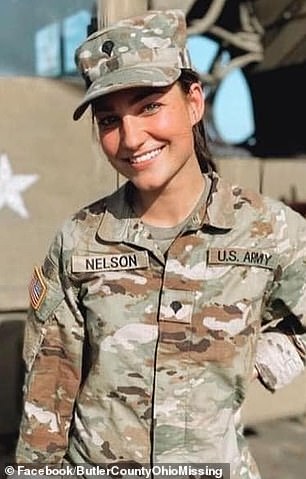 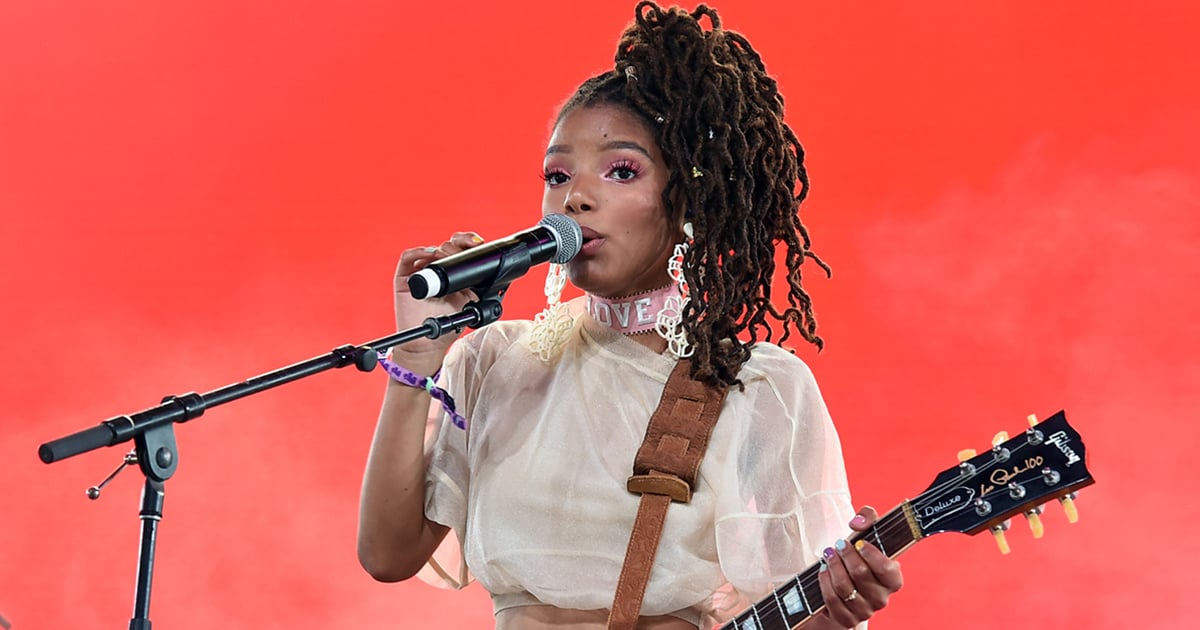