‘The bump… and far too many Cornish pasties!’ Pregnant Call The Midwife star Helen George’s daughter Wren, three, kisses her mum’s blossoming tummy on the beach in sweet snap

Pregnant Call The Midwife star Helen George showed off her blossoming baby bump in a sweet Instagram snap this weekend.

Standing on the beach with her daughter Wren, three, the actress, 37, flaunted her burgeoning tummy.

She captioned the image: ‘The bump, Wren and far too many Cornish pasty’s [sic].’

Serene: Pregnant Call The Midwife star Helen George showed off her blossoming baby bump in a sweet Instagram snap this weekend with her daughter Wren in Cornwall

Wren looked up at her mum and future sibling and kissed her bump tenderly.

The mother-daughter duo took in the salty air and enjoyed the warm sunshine of Cornwall.

She wore her blonde locks loosely around her shoulders in choppy waves. 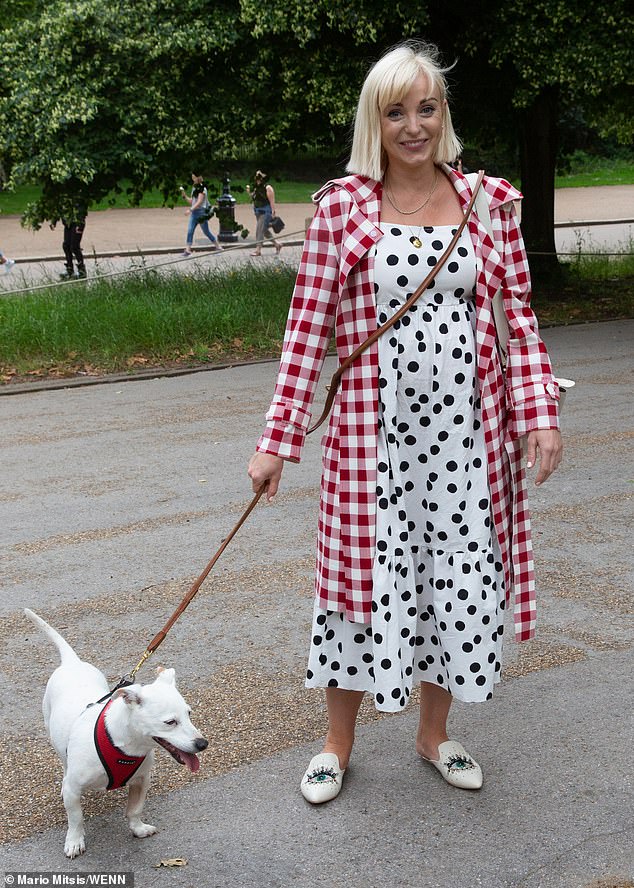 Glowing: Helen is pictured during a dog walk in London last month, after she announced on Instagram she’s pregnant with her second child

Wren looked sweep in a pink mac and striped leggings as she paddled barefoot in the sea.

Last month Helen, who is best known for playing Trixie Franklin in the BBC series, shared her baby news for the first time.

She made the announcement alongside the first photo of her blossoming baby bump on social media.

She is expecting the new addition with her partner Jack Ashton, 35. 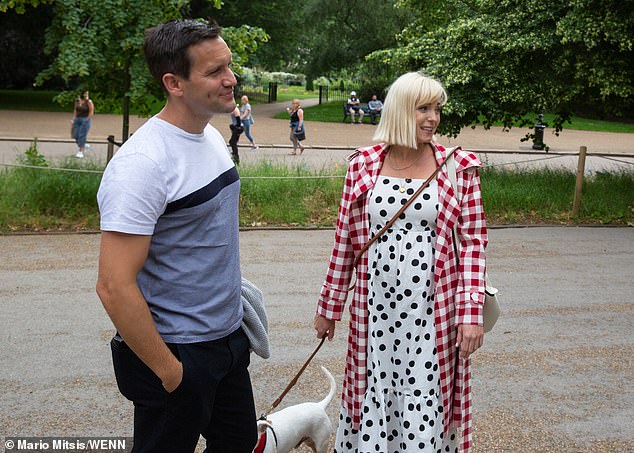 Family walk: She stepped out with her partner Jack Ashton, 35

Tagging her partner, Helen wrote: ‘Baking number 2. Due in December.’

Jack played Trixie’s one-time fiancé the Reverend Tom Hereward and the couple met on the set of the medical drama.

They grew close while filming on location in South Africa.

Her followers were sure to wish her congratulations after she posted on the photo sharing app. 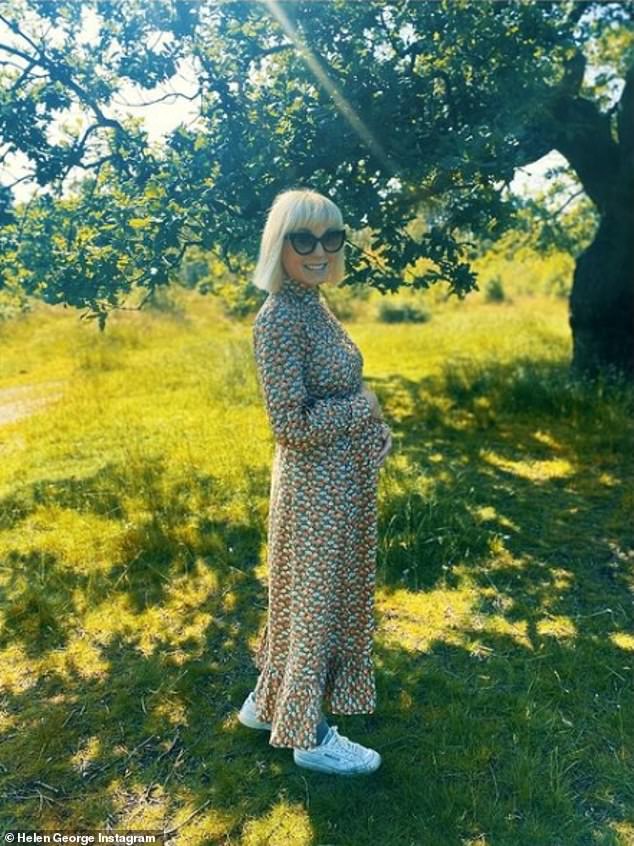 ‘Baking number 2!’: Helen announced that she is pregnant with her second child 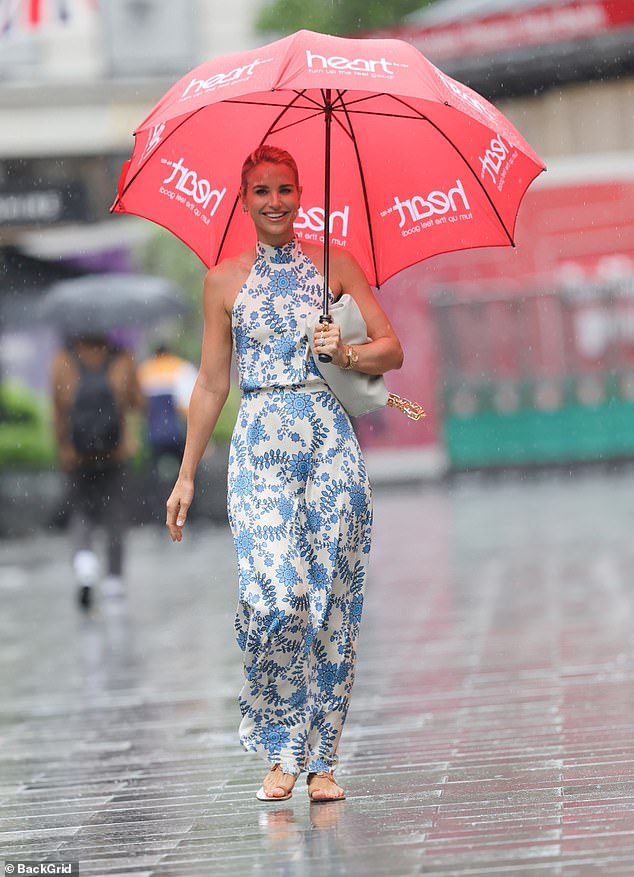 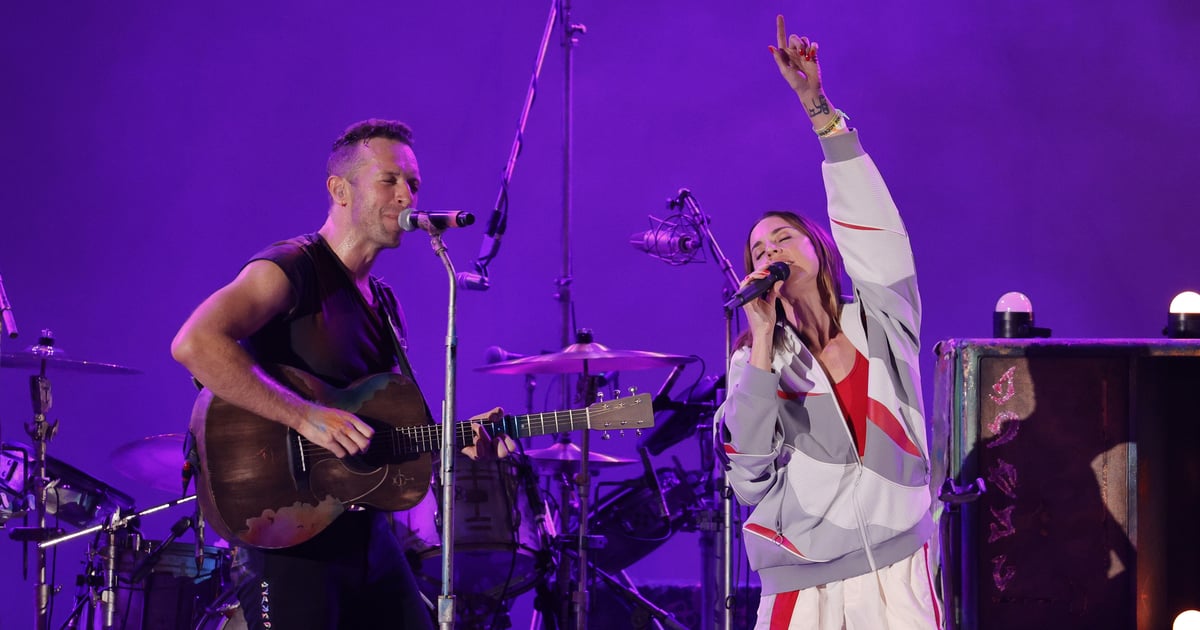 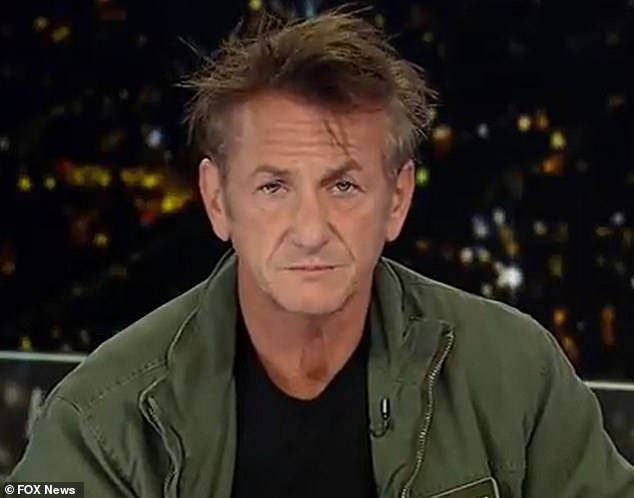