She has become a fan favourite among Harry Potter fans since making her debut as Luna Lovegood in 2007 – but at the time her casting was announced, Evanna Lynch was mercilessly trolling herself on social media.

Now 30, Lynch, who played the beloved character in four out of the eight films, has opened up about her battle with anorexia aged 11 to 13, and how it resulted in brutal self-loathing even after she had recovered physically from the condition.

Speaking to the Sunday Times Magazine, the actress revealed she would troll herself on Harry Potter fansites, cruelly criticising her appearance, from what she called her ‘flabby cheeks’ to her ‘stubby little grease-stained fingers’.

She explained trolling herself was a way of expressing her self-loathing, and that she grew addicted to reading bad things about herself.

Evanna Lynch, 30, who played Luna Lovegood in the Harry Potter movie saga, revealed she used to troll herself online after struggling with anorexia as a child (pictured as Luna in the fifth movie, Harry Potter and the Order of the Phoenix) 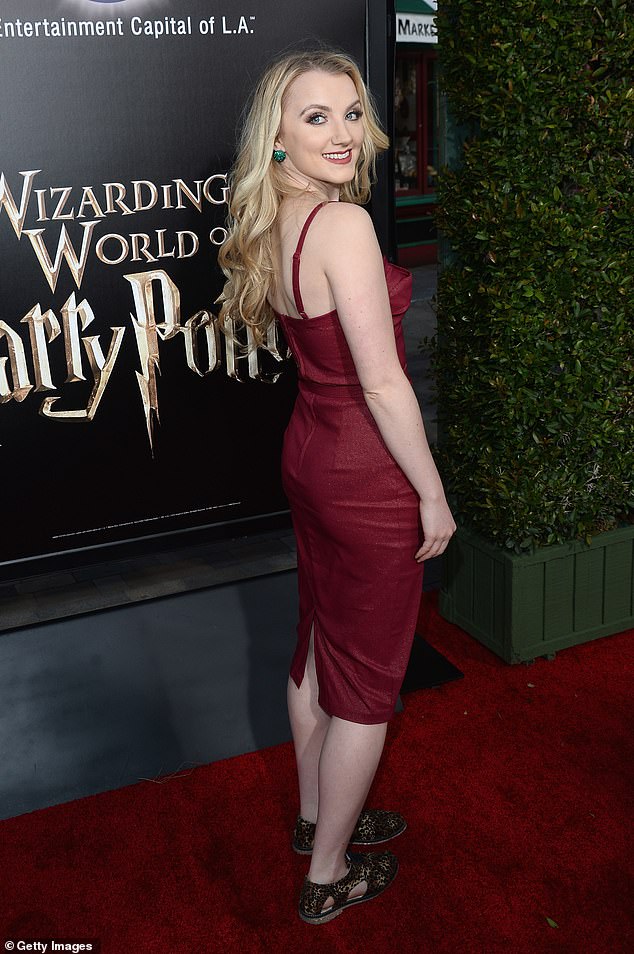 The actress spoke candidly of her self-loathing, which she expressed by feeding off negative comments written about her online (pictured in 2016 in Universal City, California)

The actress revealed she would meticulously criticise her appearance, writing about her hair ‘did she have to skin a hundred Barbies for that fake blonde wig?’.

She also wrote: ‘She looks like she bathes in the grease of McDonald’s chips. Is she storing up her next Big Mac meal in the folds of her flabby cheeks? Ugly inbred little troll!’

Reflecting on this dark time of her life, Evanna said an eating disorder was a person’s worst bully.

‘The meanest person lives in your own head, so everyone beyond that you can deal with. It wasn’t a shock to me if I was criticised. I was braced for it, I expected it,’ she said.

Evanna revealed she became addicted to reading negative comments about herself, and that it felt ‘safe.’ 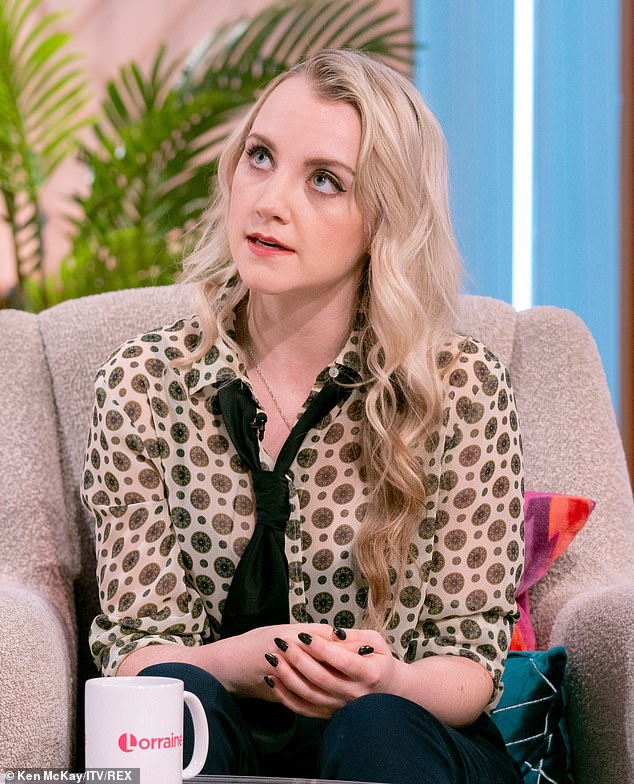 The actress said how she became pen pals with J. K. Rowling, and told her she wanted to play Luna Lovegood in the moving (pictured on the set of Lorraine on 21 October)

She explained that she reasoned that if she was mean to herself first, none of what other people would say would affect her.

She added the people mocking her online echoed what she believed about herself, and made her feel like going to the ‘darkest place’ would be okay.

Anorexia is a serious mental illness where a person restricts their food intake, which often causes them to be severely underweight.

Some sufferers may experience periods of bingeing, followed by purging.

Sufferers often have a distorted view of themselves and think they are larger than they really are.

Untreated, patients can suffer loss of muscle and bone strength, as well as depression, low libido and menstruation ceasing in women.

Behavioural signs of anorexia include people saying they have already eaten or will do later, as well as counting calories, missing meals, hiding food and eating slowly.

As well as weight loss, sufferers may experience insomnia, constipation, bloating, feeling cold, hair loss, and swelling of the hands, face and feet.

However, Evanna explained reading these means comments soon became all-consuming and she realised her life would be cold and empty if she didn’t stop.

So she forced herself to adopt positive thinking in order to turn away from the trolling.

She said her memoir, The Opposite of Butterfly Hunting, which was published last month, was the last step in her recovery.

The Harry Potter star, who spent two years in and out of clinics battling anorexia after she was first hospitalised aged 11, now considers herself to be fully recovered.

Evanna, who grew up in Termonfeckin, a rural village in Co Louth, on the east coast of Ireland, also talked about her life-changing correspondence with Harry Potter author J.K. Rowling.

She started developing her eating disorder after her 11th birthday, and said there was no clear cause for it, that it just ‘happened to her.’

She added she felt a sense of achievement whenever she would weigh herself and the scale would go down, but she became increasingly miserable as the illness progressed.

While she didn’t credit it as a prime cause for her disorder, she said growing up in an era where size zero stars were praised for their appearance was a contributing factor.

Like most children her age, Lynch was obsessed with the Harry Potter books growing up, and she was ‘entranced’ by the character of Luna Lovegood as soon as she read about her in the fifth book, Harry Potter and the Order of the Phoenix.

She said Luna soon became one of her favourite characters, and that she grew envious of the character’s sense of self-acceptance.

This pushed her to write a letter to J. K. Rowling, where she told her of her eating disorder.

She said Rowling wrote back to her a few days later with a kind and compassionate missive, and the two became pen pals writing to each other every few weeks to keep in touch.

She revealed she told the author she wanted to play Luna Lovegood in the Harry Potter movie, and eventually succeeded in securing the role, which kick-started her acting career.

If you have been affected by this story, you can call the Samaritans on 116 123 or visit www.samaritans.org

Fauci under fire for 'puppy experiments' that utilized disease-causing parasites 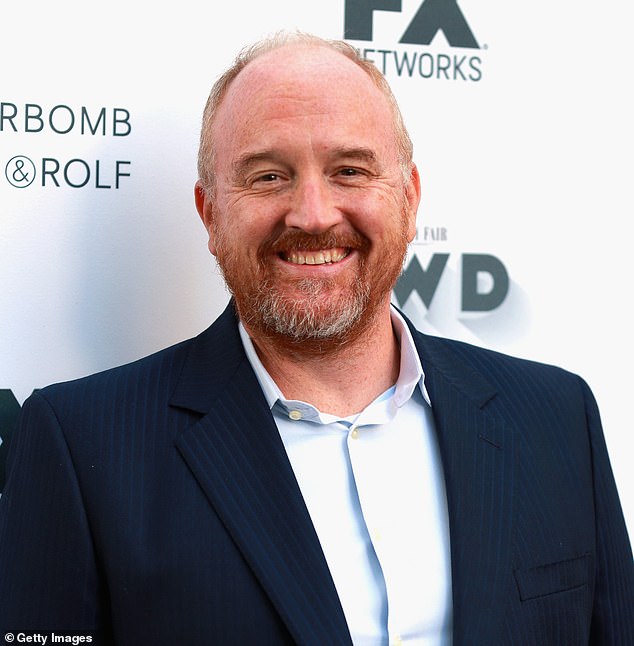 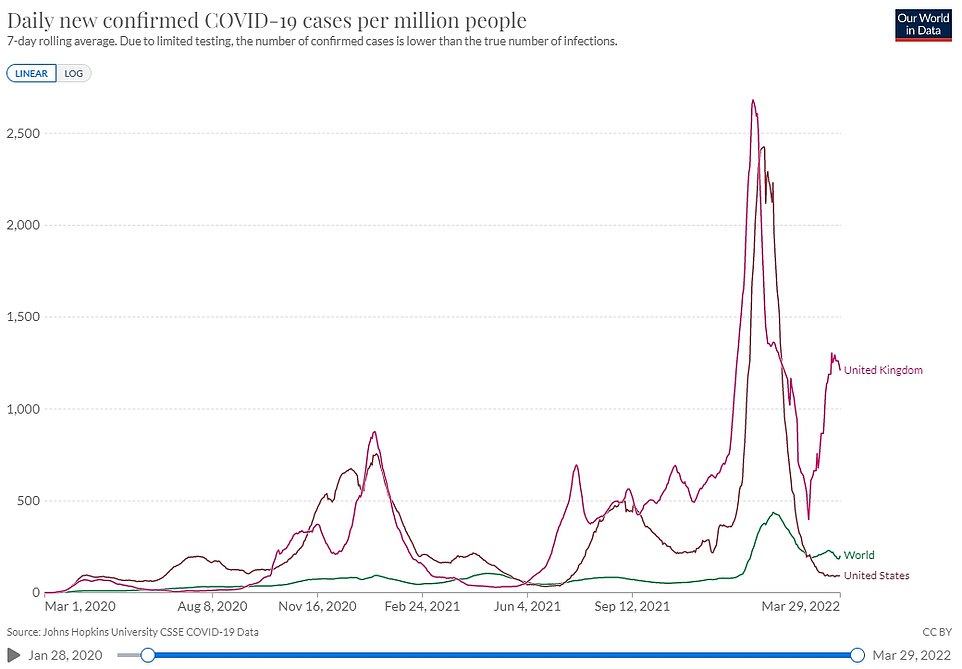 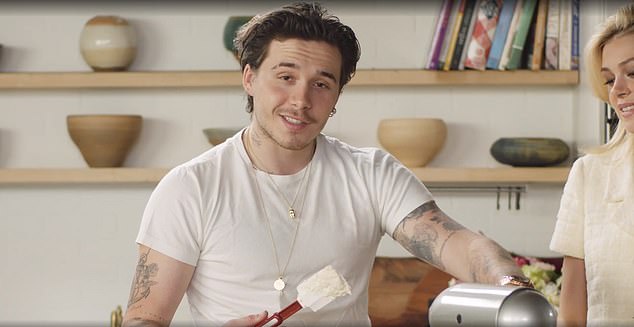 Now Brooklyn Beckham looks to Vogue for his big break 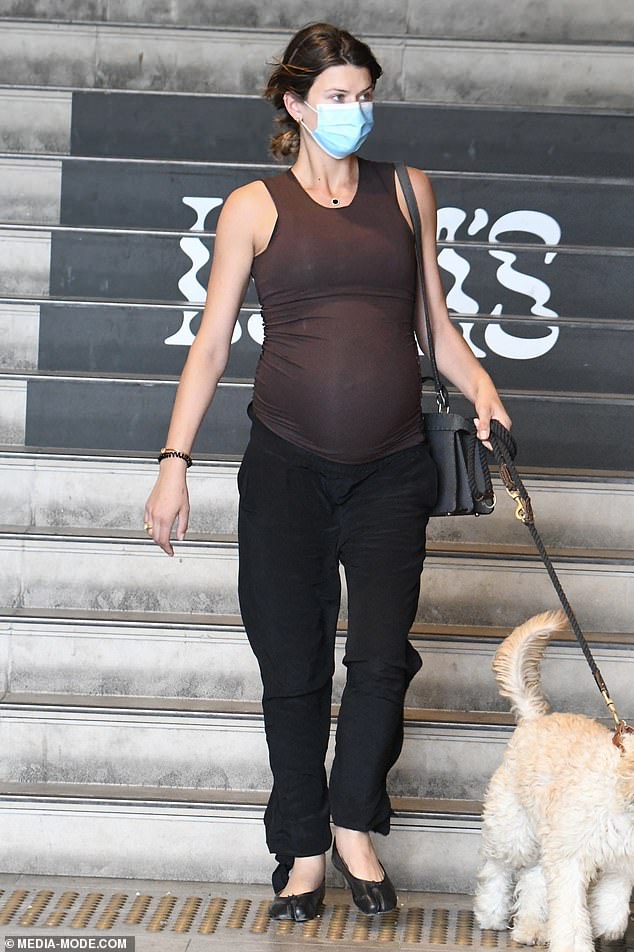