All in all, it has been the most wonderful 24 hours for the cause of republicanism for decades.

Not even the height of the Charles and Diana wars brought such a glow to the heart of anti-monarchists everywhere as Meghan and Harry’s sensational but utterly self-serving interview with Oprah Winfrey has done.

That such incendiary claims about cruelty, neglect, snobbery and racism existing at the heart of the Royal Family should come from two people who, barely a moment ago, were representing the Queen and the very institution they were so casually disparaging only adds to the enormity of this unfolding crisis.

No doubt the private telephone line at the Sussexes’ California mansion has been ringing non-stop with friends telling Meghan she had been brave, fearless and formidable with the bouquets and plaudits arriving by the truckload.

It was, let’s not forget, a consummate performance, proving that the Duchess is both articulate and ruthless.

In an 85-minute-long interview that was breathtaking in its audacity, she and Harry stripped away what few vestiges of mystery the monarchy had left, reducing it to the dimensions of a tawdry soap opera, while making the Palace and its advisers seem malevolent and destructive.

No sooner had the credits rolled on Oprah’s scoop, than unseen clips from the film in which further damaging assertions about Britain, the media and the Royal Family — including the claim that the Queen received ‘very bad’ advice from courtiers — were being broadcast.

Twenty-six years ago Harry’s mother Princess Diana similarly used a prime-time television interview to make a series of bombshell allegations about the breakdown of her marriage to the Prince of Wales, his and her adultery, and, infamously, spoke of her doubts of Charles’s suitability to be King.

That too caused uproar and was every bit a sensation, but the fallout from her appearance on BBC’s Panorama was confined largely to the domestic wellbeing of the royals and the issue of whether the Prince and Princess of Wales should divorce.

In other words, it was manageable. 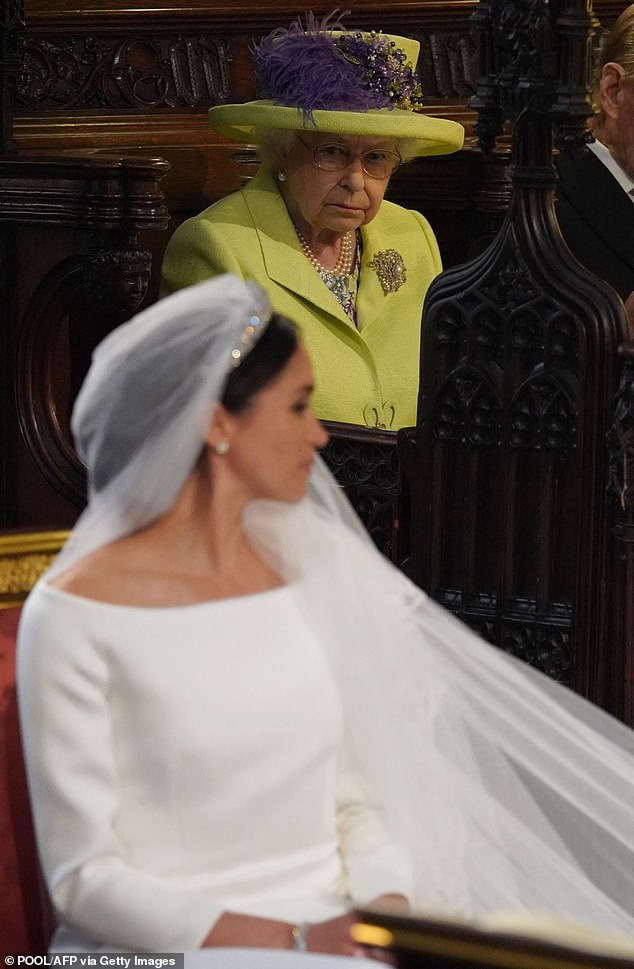 No doubt the private telephone line at the Sussexes’ California mansion has been ringing non-stop with friends telling Meghan she had been brave, fearless and formidable with the bouquets and plaudits arriving by the truckload

Diana’s son and his wife have unleashed forces that are far more serious. The gravity of the situation was made clear when the Prime Minister faced questions about the crisis during what should have been a routine Downing Street briefing about the Covid-19 pandemic. As a historian, Boris Johnson knows that the monarchy is a major pivot of the British constitutional system and if anything is done or said to weaken the institution — such as accusing one of its senior figures of racism — then it is the duty of the Prime Minister to advise the Queen of the Government’s view.

And it is why this interview has opened up much more than just an irreparable schism with the Royal Family. It presents a clear and present danger for the future of the monarchy.

What concerns those who have the goodwill of the monarchy at heart is how Meghan and Harry have wrought such damage on its image and reputation oversea with their wilful and groundlessly vindictive remarks.

A reputation, remember, cultivated over almost 70 years of tireless service by Harry’s grandmother, the Queen.

How tragic that at almost 95, she should see her life’s work jeopardised by such thoughtlessness. In Britain many with far fewer material advantages than this pampered, privileged pair will not have been bedazzled by their attempt to secure sympathy while at the same time attempting to destroy an institution that has, by and large, served us well for centuries. 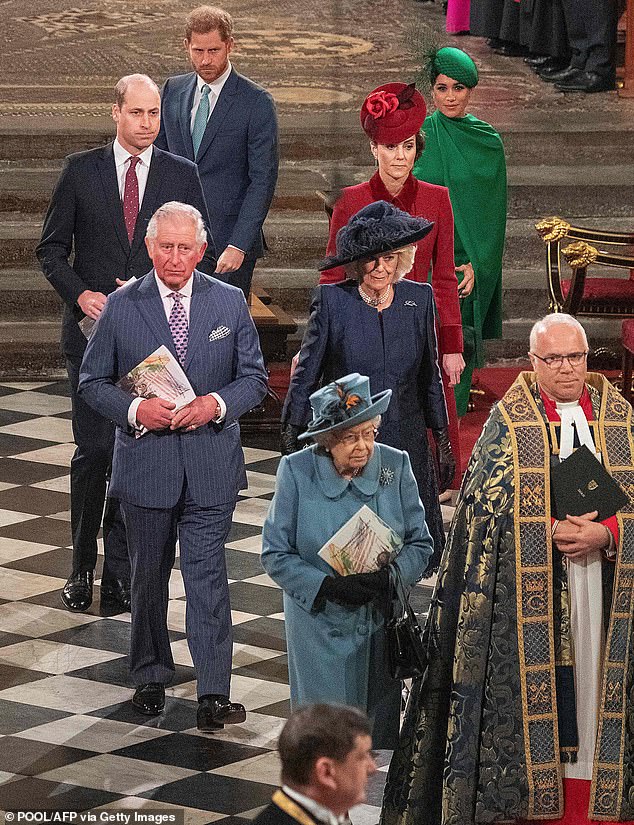 In an 85-minute-long interview that was breathtaking in its audacity, she and Harry stripped away what few vestiges of mystery the monarchy had left, reducing it to the dimensions of a tawdry soap opera, while making the Palace and its advisers seem malevolent and destructive

For the picture they painted of life inside the House of Windsor is scarcely believable.

But in America, where the issue of social justice has been exploited by the foot soldiers of the Black Lives Matter movement, the couple’s claims that racism existed not just within the Royal Family but also in the fabric of British society were being seized on with alacrity.

In many ways, their interview was the video of Finding Freedom, the book in which they first set out their stall of resentment last year.

The barbs and insults aimed with precision at William, Kate, Charles and the Queen are one thing, but their implication that our island nation is a country where racist attitudes flourish is a travesty. All this has been grist to the mill for those republican sympathisers to jump in gleefully and attack the monarchy.

Some revelled in the speculation to suggest that this represented such a significant moment in our royal history that the Queen might be the last monarch.

For such figures there is little chance of them pausing to wonder about the veracity of the Duke and Duchess’s claims, many of which were vague and unsubstantiated, and some downright untrue.

Take the pre-wedding ‘wedding’. Just the three of us, said Meghan — her, Harry and the Archbishop of Canterbury — ‘in our backyard’.But this, according to church sources, was no more than the wedding rehearsal and a blessing. 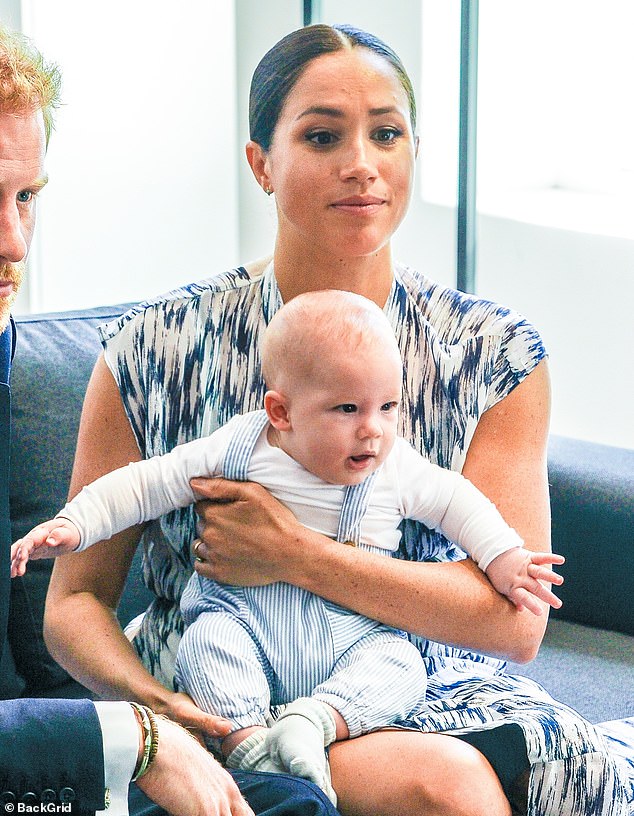 Perhaps there is an innocent explanation for such an exaggeration. But what about the racism claim? Meghan raised it first. She described how an unnamed royal posited ‘concerns’ about how dark their baby Archie’s ‘skin might be when he’s born’.

When Harry joined the conversation, Oprah Winfrey tackled him about it too. He said it was ‘awkward’ and that it was a ‘conversation I am never going to share’.

Instantly, it allowed those on social media to speculate wildly about which family member might have uttered such a disgracefully insensitive remark.

In an apparent attempt to defuse the growing online anger, Oprah yesterday let it be known that Harry had denied that the words about his son’s skin tone had come from either his grandmother or his grandfather, Prince Philip. But that served only to increase the frenzy at the narrowing pool of suspects.

But this was no offhand comment but rather part of a narrative arc that was designed to show Harry and Meghan as victims of distorted and outdated prejudice. By conflating this example of casual racism together with the extraordinary claim that Archie might be denied a title because of the colour of his skin and then wrapping the whole thing with the suggestion that the royals would not fund his protection, they presented themselves as victims of an arcane and unattractive system.

For those with long memories, listening to Harry preach about racist attitudes will be particularly uncomfortable. Twelve years ago the then army officer found himself condemned for making a racist insult after being caught on camera referring to a fellow soldier of Pakistan heritage as ‘our little Paki friend’.

Even so, his contribution to this most devastating of royal interviews was profound. Where his wife was fluent, Harry seemed at times out of his depth. In her segment, Meghan said claims that she had made Kate cry in the run up to her wedding were ‘the reverse’ of the truth.

Her explanation for dragging all this up again now? ‘I’m not sharing that piece about Kate in any way to be disparaging to her,’ she demurred. ‘I think it’s really important for people to understand the truth.’

Quite how that version of events will go down with ‘not disparaged’ Kate remains to be seen.

Certainly it seemed to be at odds with Harry’s remarks that William and Kate and all the rest of the family had been ‘really welcoming’.

For a pair who have spent most of the last year declaiming with Garboesque regularity that they want to be alone and protect their privacy, their list of vengeful revelations suggest they are actually addicted to attention.

I wonder, if like Diana, they will come to regret this foolish moment?

For the Princess it was a realisation that crept up on her. Buoyed by opinion polls which largely divided on gender grounds – women thought her courageous, men felt she’d shot herself in the foot – she was gratified initially.

But while the criticism of Charles forced the Queen to act and instructed the pair to divorce, it was Prince William’s reaction which hurt her most.

Just 13, he was appalled by her confession of an affair with ex-Cavalry officer James Hewitt, whom he considered a family friend.

Although she never repudiated the interview she bitterly regretted those two elements.

For Harry penitence might come when he reflects on what he said about his father.

He revealed that he had been ‘let down’ by Prince Charles who ‘because he’s been through something similar… knows what pain feels like.’

Is he really equating the misery of the Prince’s marriage break up with his fury because he couldn’t get his own way? How petulant this all feels.

For a time, he said, his father had stopped taking his telephone calls. Since those calls were, I understand, often to demand ever larger sums of money to maintain his lavish royal style, who could blame him?

Then there is his unhelpful claim that as heir and heir in line to the throne, Charles and William are ‘trapped within the system’. This is hardly designed to endear him to a father and brother who have demonstrated that they understand the meaning of royal duty.

But perhaps the parallels with Diana are more important. That, like Harry’s mother, he and Meghan do not want to be ignored and do not crave anonymity.

The trouble is by setting about the Royal Family in such an imperious and high handed way, they have come perilously close to obliterating the very institution that gives them the status they enjoy.

A week ago Buckingham Palace showed that when claims of bullying by Meghan emerged, it was not prepared to brush it under the carpet. It noted the apparent failure of the Palace’s internal human resources systems to deal with the issue and promised to investigate.

How strange that Meghan should refer to that same internal HR department in describing how she tried and failed to cope with her mental anguish. It became so grave, she told Oprah, she thought of suicide.

She was, of course, pregnant at the time but even so going to the personnel department does seem a bizarre course of action to want to take. Harry, after all was not just figure head of a mental health charity at the time, it was also not long after he had revealed how he had sought counselling himself because of years of unprocessed anguish relating to his mother’s death.

Two red light issues, racism and mental health. Both guaranteed to attract huge empathy for the duchess. If that is truly all she wanted, then of course there will be sympathy and understanding for her.

But her lack of emotional intelligence will convince many that Harry and Meghan’s interview was no cri de coeur but a self-centred rush of attention-seeking.

The tragedy is that in doing it they have opened a wound to the heart of the monarchy . The blood is flowing and it is hard to see how it can be staunched.

To survive, and here the Queen (and the Government) will have the overwhelming support of the British people, Harry and Meghan will be need to jettisoned and left without the accoutrements of their royal lives — their HRH titles.

Do nothing and the reputation of our Queen and our monarchy will be fatally impaired. If this means losing support in countries like the U.S. it must be a chance worth taking. 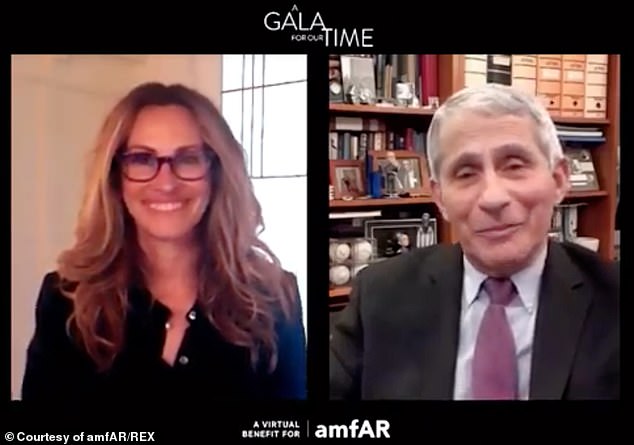 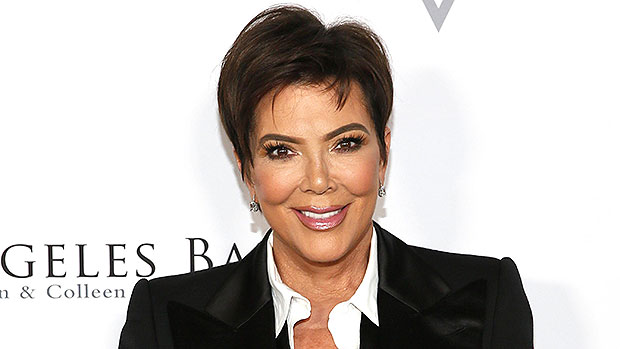 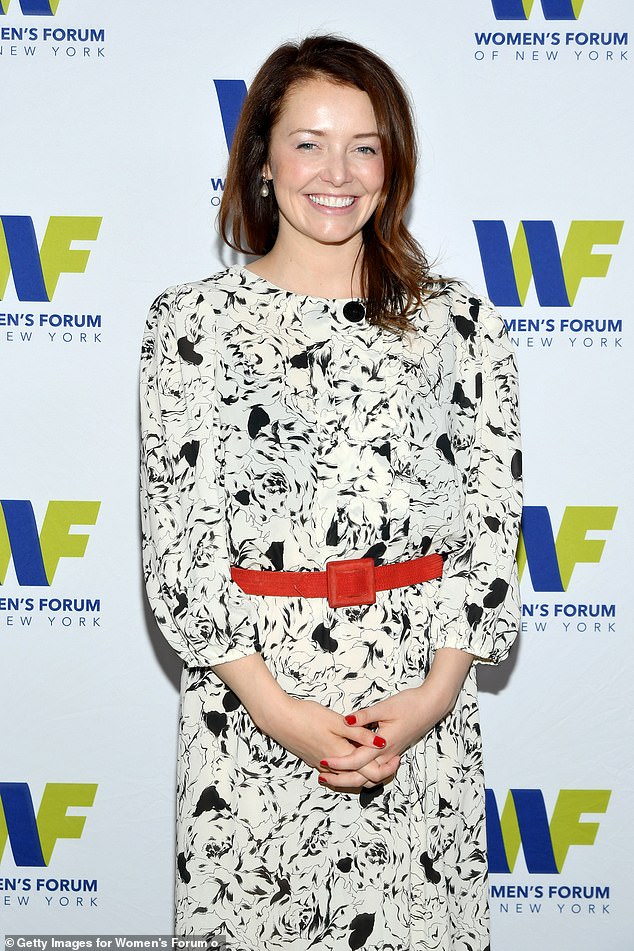