A suspect believed to be an employee of a custom cabinet maker in Texas has killed one person and injured five others during a deadly mass shooting in Bryan before then fleeing and sparking a massive manhunt.

Bryan Police Chief Eric Buske said during a press conference that an employee of Kent Moore Cabinets may be responsible for a mass shooting that killed one person and critically injured four others at the business, KBTX reported.

One more victim is non-critical and all of the victims were taken to a local hospital, cops said.

Another official with the Bryan Police Department said during a press conference that the shooting happened around 2.30pm at Brazos County Industrial Park, The Bryan-College Station Eagle reported.

The shooting took place in the bays in a plant where employees make cabinets.

An initial report said that a Texas State Trooper was reportedly shot while pursuing the suspect, a news anchor for AgendaFree TV tweeted.

However, Bryan Police Lt. Jason James said during a press conference that no police were injured and that the shooting ‘was already over with’ when police arrived.

‘Officers responded and they found several victims. They were checking the area, checking the building and looking for more victims,’ James said during the press conference. 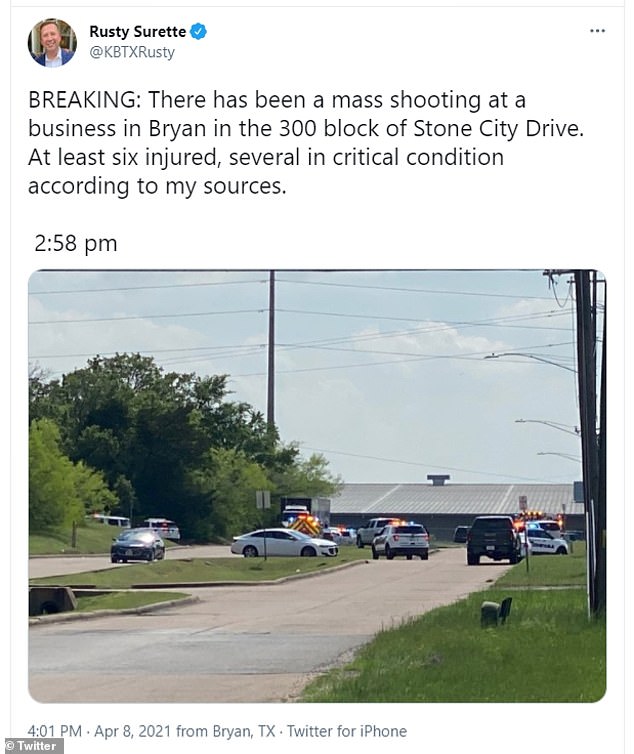 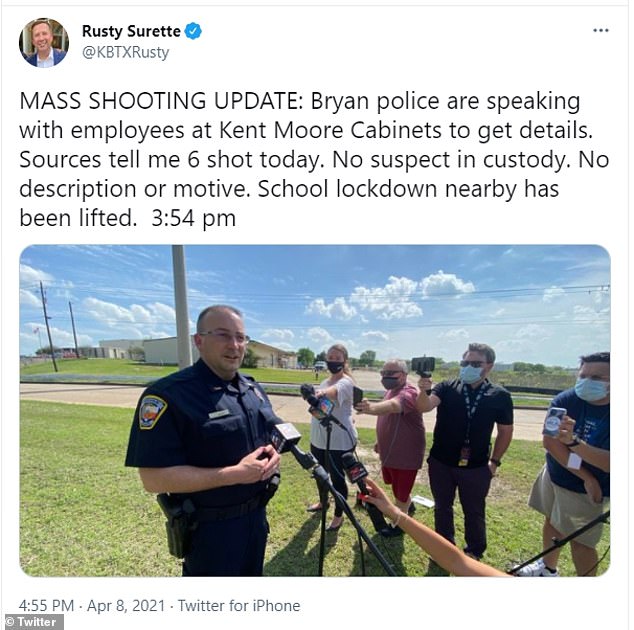 The suspect remains at-large and police have not released any suspect information or a description, James said. However, according to police scanners, one suspect has been taken into custody in Bedias, Texas.

DailyMail.com has reached out to the Bryan Police Department for more information and additional comment – and the Texas Department of Public Safety for confirmation that a trooper was shot.

Police told KBTX that they are speaking with employees at Kent Moore Cabinets which ‘may explain why some people can’t get in touch with relatives who work there now.’

A former employee told KBTX that a couple hundred people work in the building.

The nearby Jane Long Intermediate School was put on a brief lockdown while cops hunted for the suspect that was lifted before school dismissal began, The Eagle reported.

The Bureau of Alcohol, Tobacco, Firearms and Explosives has sent agents and dogs to the scene of the shooting, spokesman Deon Washington said.

The FBI said in a statement to ABC News that it was ‘aware of the incident that occurred today in Bryan.’

He could not provide more detail on what happened and said ‘it’s a pretty rapidly evolving situation.’

‘Biden is threatening our 2nd Amendment rights. He just announced a new liberal power grab to take away our guns. We will NOT allow this in TX,’ Abbott tweeted.

‘It’s time to get legislation making TX a 2nd Amendment Sanctuary State passed and to my desk for signing.’ 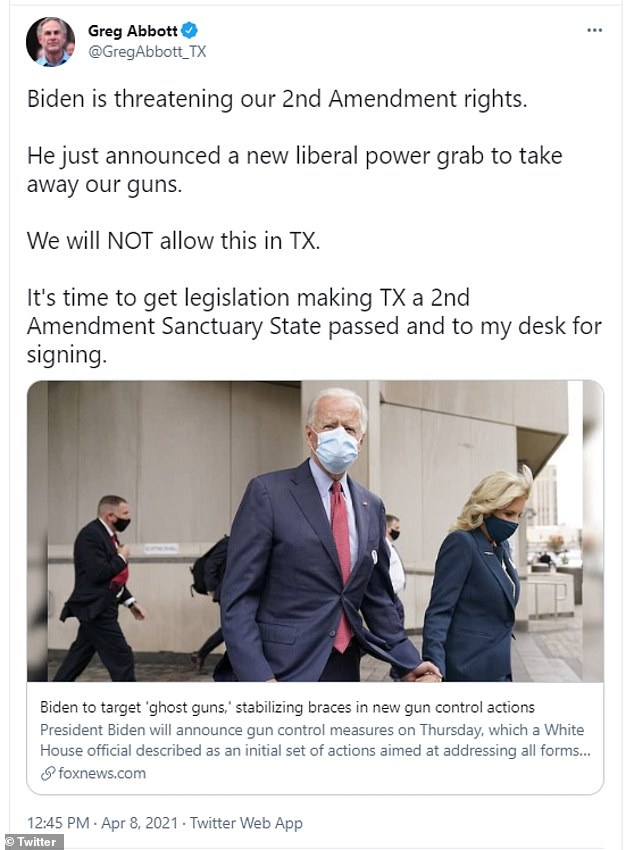 ‘Let me be clear: President Biden’s gun control policies are not welcome in Texas. Texans will not allow the federal government to once again overstep and strip us of our constitutional rights,’ Bush tweeted.

The Texas shooting comes during a month of deadly mass shootings across the country.

A 9-year-old boy, his mother and two others at an office complex in California on March 31. Another 10 victims were killed at a massacre at the King Soopers grocery store in Boulder, Colorado on March 22. On March 16, eight people were killed, six of whom were Asian women, in Georgia.

This is a developing story 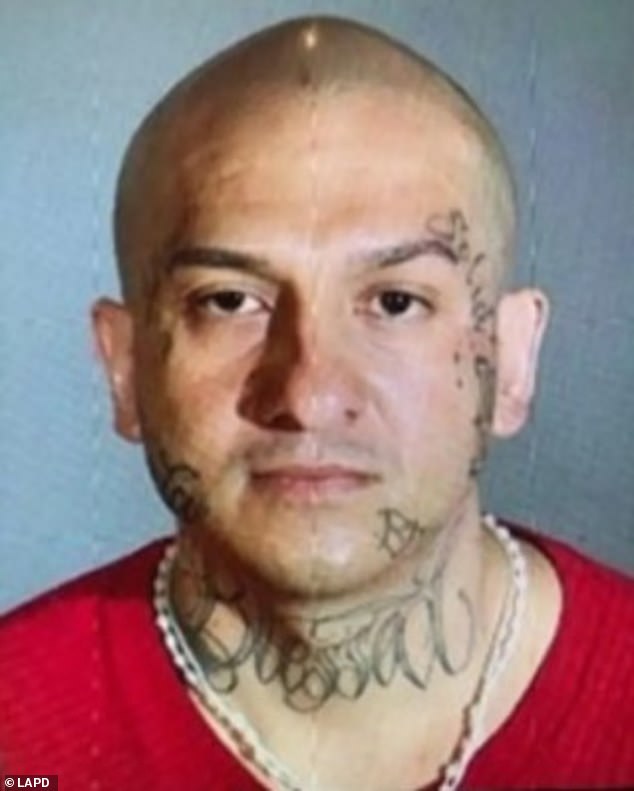 California murder suspect, 35, is shot dead by cops after his getaway car broke down on the highway 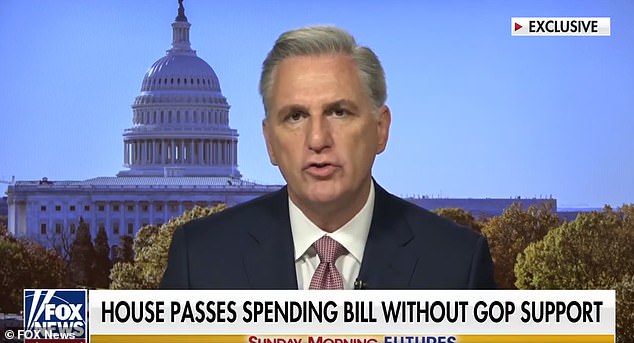 McCarthy said his 8.5 hour speech was supposed to be 45 minutes but he extended it due to heckling 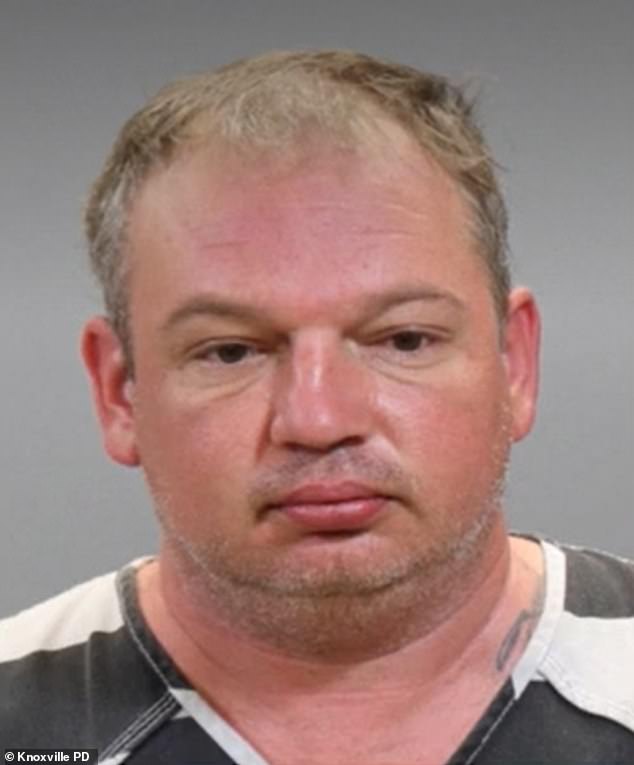