Grocery prices will rise by another three percent before the end of the year, according to one of America’s biggest supermarkets.

Bosses now say they predict prices will rise 2 to 3 percent over the second half of this year.

It came as White House statistics last week revealed that a surge in meat prices is responsible for half of the price increase for food at home since December 2020.

Since December, prices for beef have risen by 14 percent, pork by 12 percent, and poultry by 6.6 percent.

Kroger will be ‘passing along higher cost to the customer where it makes sense to do so,’ CFO Gary Millerchip said on the company’s second-quarter earnings call on Friday.

Management at Albertsons Companies – which operates 21 retail brands including Albertsons, Jewel-Osco and Safeway – reported an estimated revenue of $70 billion dollars in 2020 and expressed similar concerns that inflation would run hotter in the second half of this year.

They also said that they would have to raise prices on some of their products.

Further prices on grocery items would add more pressure on consumers as they are already dealing with the biggest annual increase in consumer prices since August 2008.

According to the White House, beef, pork and poultry account for a full half of the price increase for food at home since December 2020. Since that time, prices for beef have risen by 14 percent, pork by 12.1 percent, and poultry by 6.6 percent 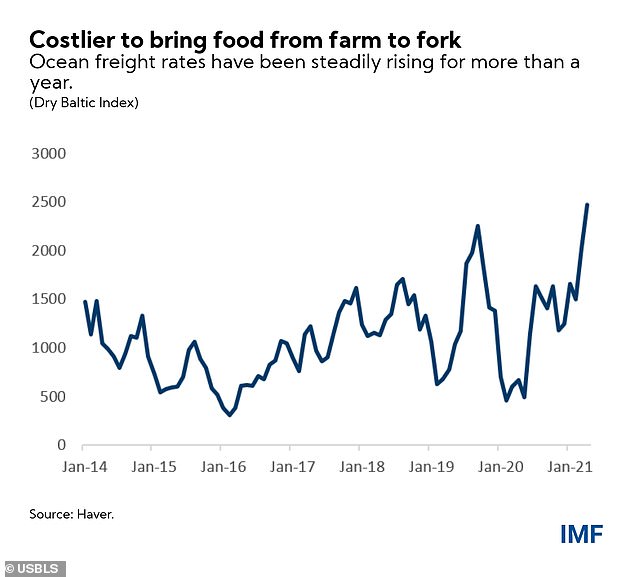 PICTURED: The yearly increase of ocean freight rate has dramatically increased from January 2020 (under 500) to January 2021 (levelled at 2500) making it harder to international trade of goods

The all-items Consumer Price Index (CPI), a measure of economy-wide inflation, has increased by 0.5 percent from June 2021 to July 2021 before seasonal adjustment, up 5.4 percent from July 2020.

The statistics for August’s CPI are expected to be released this week.

The food-away-from-home (restaurant purchases) CPI increased 0.8 percent in July 2021 and was 4.6 percent higher than July 2020.

Red meat, including beef, veal and pork, as well as poultry are the items that will see the effects of soaring prices the most, if they haven’t already. 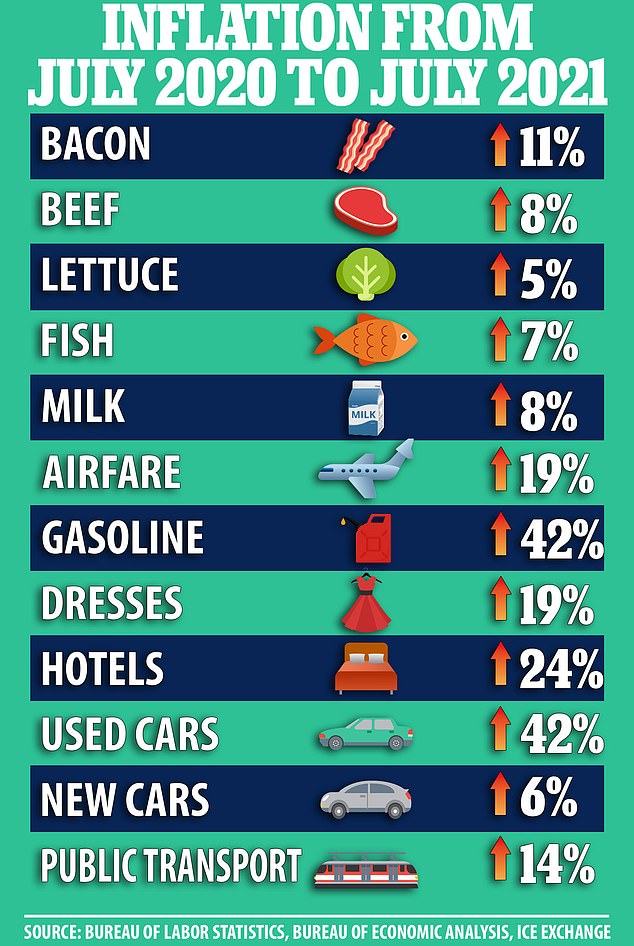 The all-items Consumer Price Index (CPI), a measure of economy-wide inflation, has increased by 0.5 percent from June 2021 to July 2021 before seasonal adjustment, up 5.4 percent from July 2020. Statistics for the August CPI will be released this week 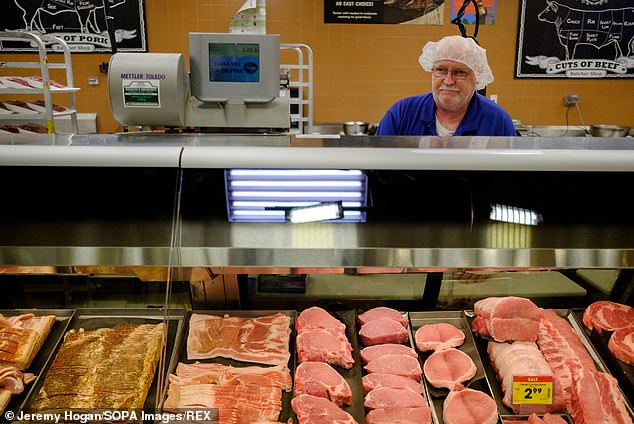 Beef prices have risen 14 percent this year while pork prices have jumped 12.1 percent, and poultry prices are higher by 6.6 percent

These increases follow five months of consecutive price increases for all three categories. Prices have been driven up by strong domestic and international demand, high feed costs, and supply chain disruptions due to the Covid pandemic.

Winter storms and drought impacted meat prices this spring, and processing facility closures due to cybersecurity attacks impacted beef and other meat production in May.

Beef and veal prices are now predicted to increase between four and five percent in 2021.

Prices for the aggregate category of ‘meats’ are predicted to increase between 3.5 and 4.5 percent for the remainder of 2021.

Of all the CPI food-at-home categories tracked by the U.S. Department of Agriculture (USDA) Economic Research Service, the fresh fruits category has had the largest relative price increase (4.9 percent) and the fresh vegetables category the smallest (0.4 percent) compared to last year. 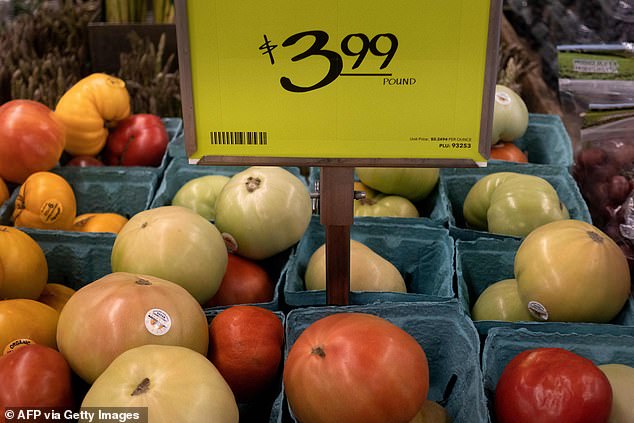 The U.S. Department of Agriculture (USDA) Economic Research Service reported that the fresh fruits category has had the largest relative price increase (4.9 percent) and the fresh vegetables category the smallest (0.4 percent)

No food categories have decreased in price in 2021 compared to 2020.

The Federal Reserve has said the numerous price increases that have occurred since the start of the pandemic are ‘transitory’ and that those pressures will go away as the supply-chain disruptions and shortages are resolved.

However, the Biden administration said there are other reasons for inflation besides increased demand and supply-chain issues.

The administration points the finger at meat processors, saying it is concerned about ‘pandemic profiteering’ and the lack of competition within the industry. 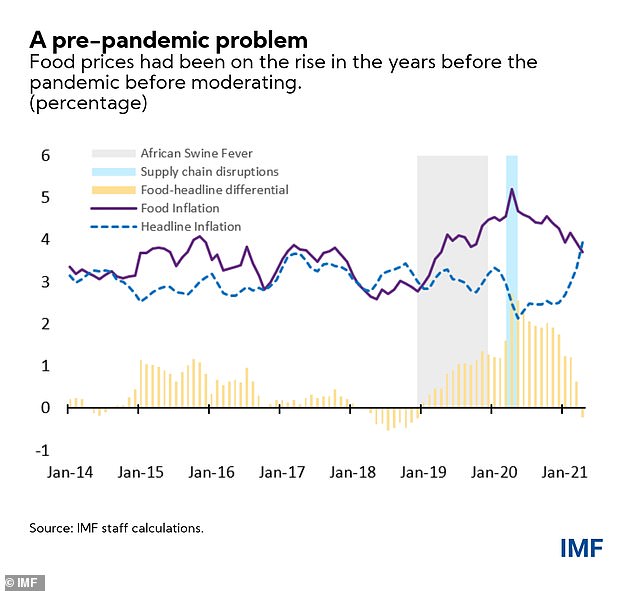 The International Monetary Fund predicted the rise of food prices before the start of the pandemic, going back to January 2018 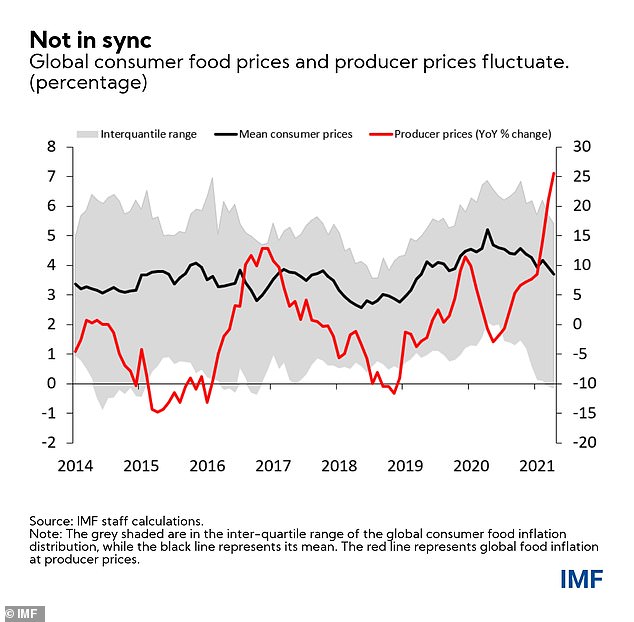 ‘Just four large conglomerates control the majority of the market for each of these three products [beef, pork and poultry], and the data show that these companies have been raising prices while generating record profits during the pandemic,’ said National Economic Council Director Brian Deese at a press briefing on Wednesday.

The administration is ‘taking bold action to enforce the antitrust laws, boost competition in meat-processing, and push back on pandemic profiteering that is hurting consumers, farmers and ranchers across the country,’ according to Deese.

It remains to be seen as to whether or not the administration’s efforts will contribute to a possible decrease in prices.

In the meantime, customers are opting for private label brands as a temporary cost-effective solution.

‘If you go back to prior times when you had inflation, the customer, a lot of times, would trade over to our brands as part of their structuring their budget,’ Kroger CEO William McMullen said. ‘We’re not seeing budget changes on our brands happening at this point, but I’m sure if inflation continued.’ 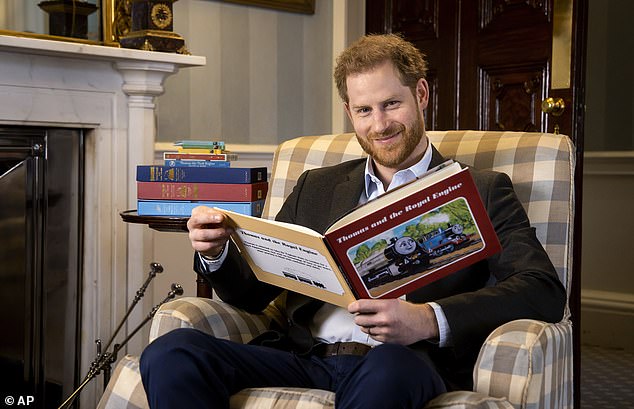 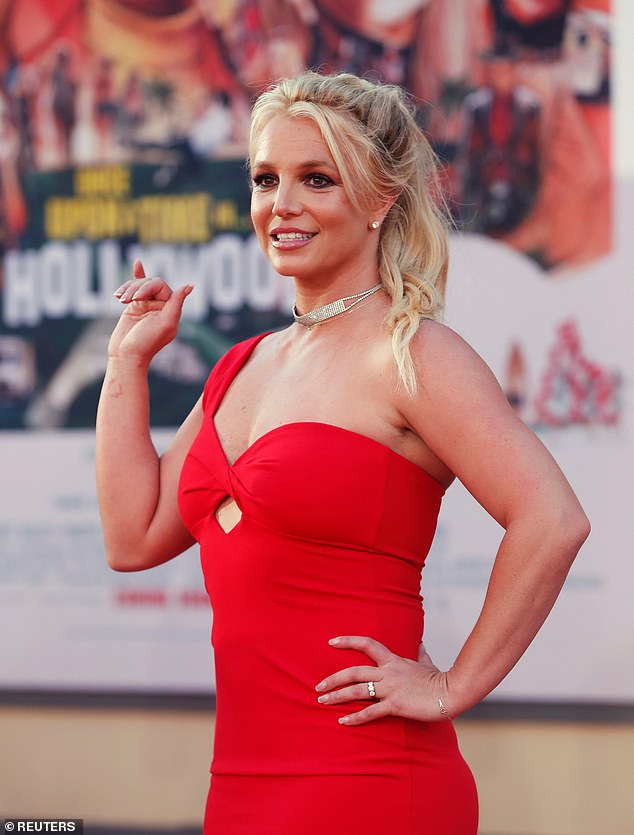 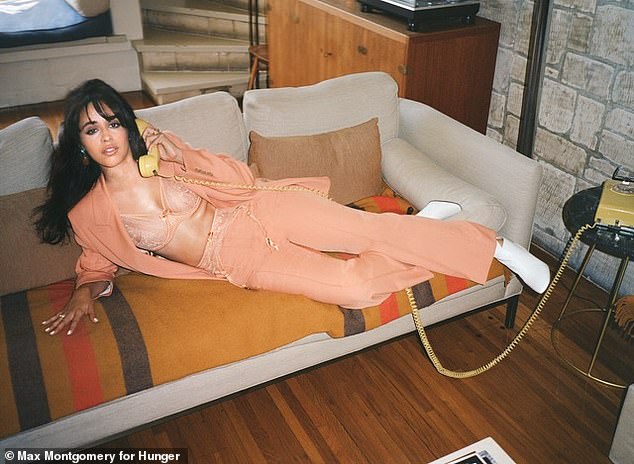 Poker Coaching Hand Quiz: Drowning On The River
30 mins ago