Smiling happily at a baby shower: this is the mom-and-daughter crime duo busted for looting a San Francisco Louis Vuitton store in the run-up to Thanksgiving – one of a series of smash and grab raids that has turned the city’s posh Union Square into a boarded-up fortress.

Grabbing grandmother Francill White, 53, and daughter Kimberly Cherry, 28, were two of five looters nabbed by police over the November 19 incident that saw thieves make off with more than $1million-worth of designer goods.

Along with co-accused Tameko Miller, 23, and Ivan Speed, 34, the pair have been charged with four felony counts of looting during a state of emergency, second degree commercial burglary, grand theft and receiving stolen property.

Francill White (left) and her daughter Kimberly Cherry (seated) at Cherry’s baby shower. Now they are accused of making off with thousands of dollars worth of high end goods from San Francisco’s Louis Vuitton store 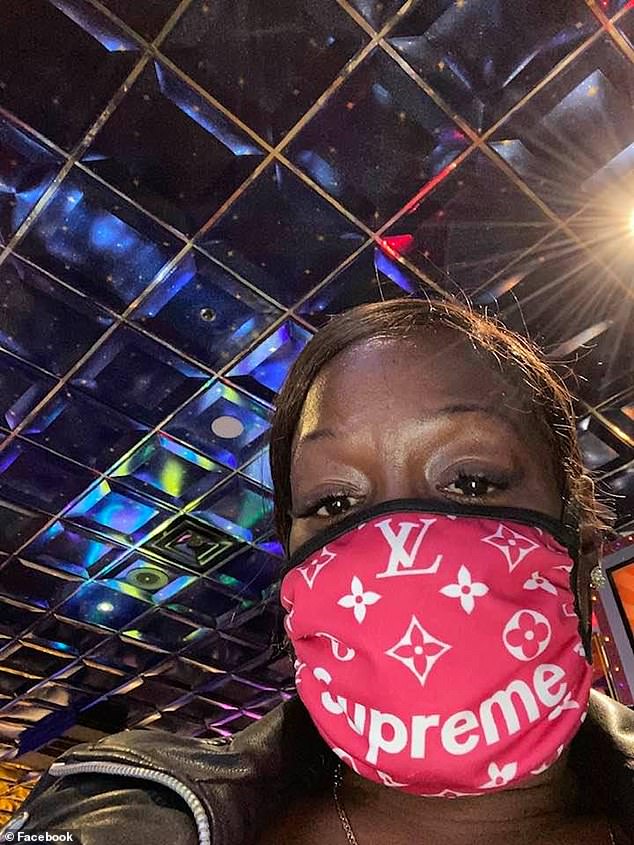 Even her Covid mask is Louis Vuitton. Francill White posted a picture of herself taking precautions on her Facebook page 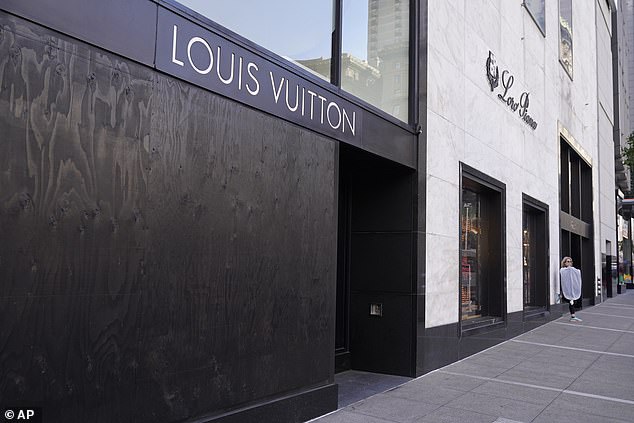 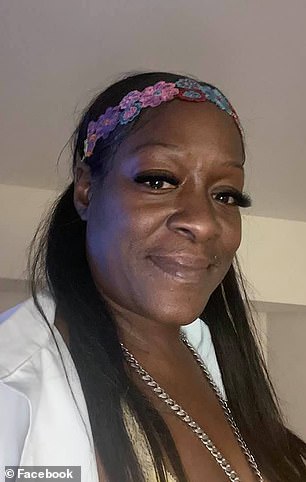 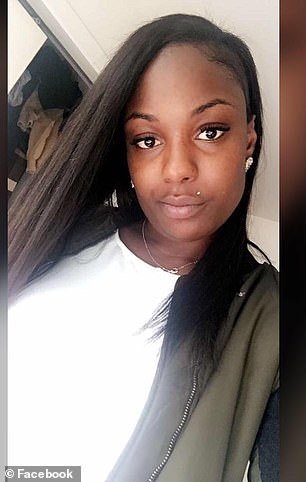 Francill White, 53, (left) and daughter Kimberly Cherry, 28, were two of five looters nabbed by police over the November 19 incident that saw thieves make off with more than $1million-worth of designer goods

Police said Speed was found with $13,000-worth of stolen goods and had stashed items worth a further $14,000 nearby.

Miller’s cousin Jamisi Calloway, 23, was also charged over the incident and was hit with five felony counts that include possession of a firearm with a prior felony, concealing a firearm and resisting arrest.

Despite being slapped with serious charges – and a combined 14 previous convictions ranging from shoplifting to attempted murder – all five are now back on the street on bond. 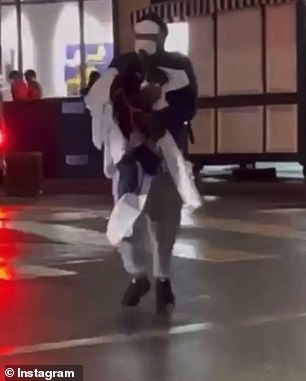 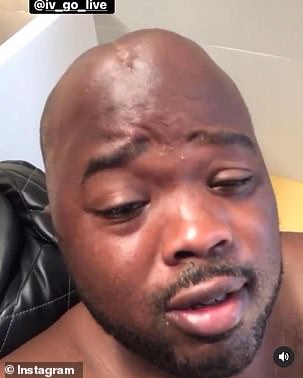 Cops say this man seen looting in San Francisco is Ivan Speed, who is now selling a range of hoodies bearing the slogan ‘No Face No Case’ – an apparent reference to his masked appearance during the looting spree 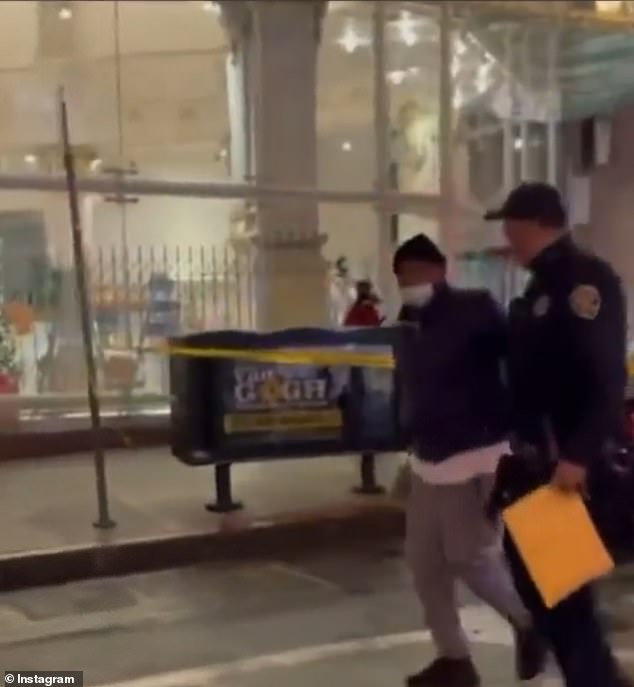 Police arrest the man they have identified as convicted drug dealer Ivan Speed, 34, for looting from high-end San Francisco stores 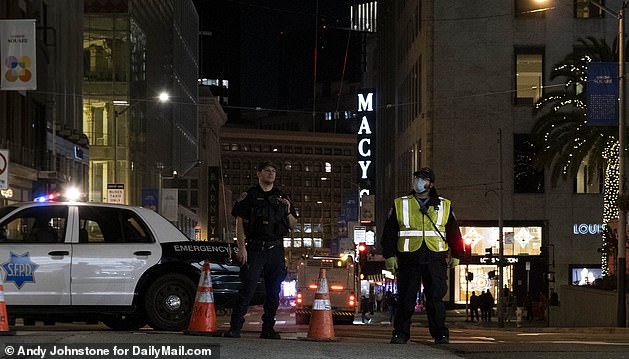 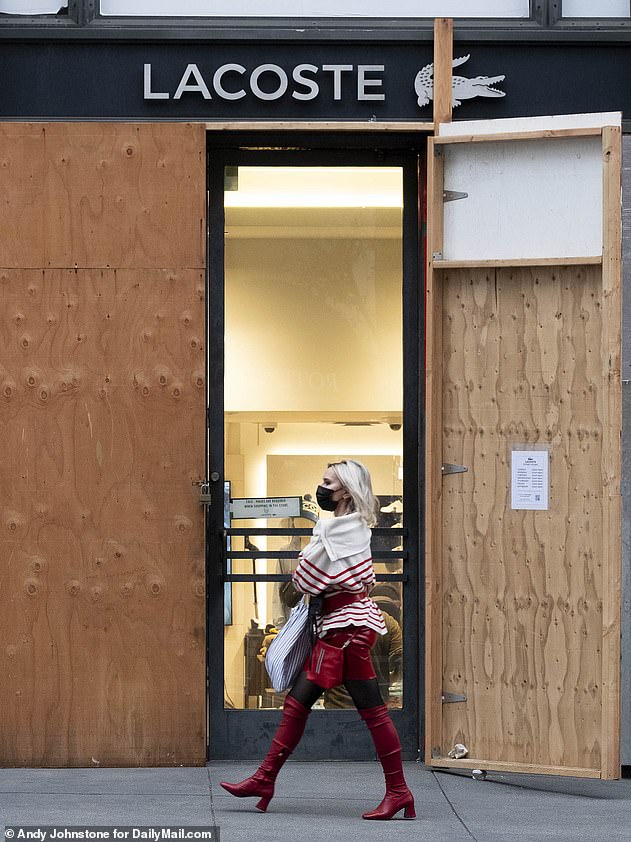 Union Square’s shopping district is now dotted with boarded up stores while cops have been forced to erect barricades each night to keep ram raiders out. Lacoste’s store was also hit by looters

Convicted drug dealer Speed has even taken to social media while on house arrest: launching a range of hoodies with the slogan ‘No Face No Case’ – an apparent reference to his masked appearance during the looting spree.

Cops told DailyMail.com the raid was put together by organized crime gangs with the stolen goods earmarked for resale overseas and said they have had to step up patrols in the upscale shopping area in a bid to beat the criminals.

As a result, Union Square’s shopping district is now dotted with boarded up stores while cops have been forced to erect barricades each night to keep ram raiders out. 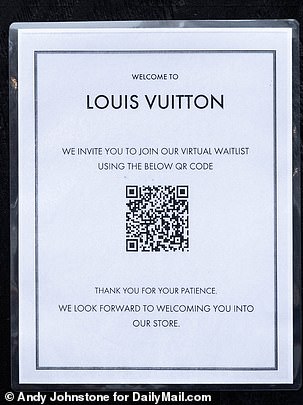 Exclusive DailyMail.com photos show how police have stationed a mobile command center opposite Macy’s while clusters of officers can be seen patrolling every corner of Union Square 24 hours a day.

The spate of lootings has been blamed on ‘woke’ San Francisco DA Chesa Boudin and a 2014 California law that made theft under $950 a misdemeanor.

Boudin, who vowed to deal with the looters harshly in a news conference shortly after the raid, has been the subject of protests over his regime which has seen gun crime in the city double over the past year.

His new rules also include removing mugshots from the public record ‘to avoid perpetuating negative stereotypes’ and making it impossible to obtain criminal records without first getting notarized permission from the crook involved.

Despite the rules, DailyMail.com has been able to piece together the looting gang’s extensive rap sheet using information obtained from neighboring counties, old news reports and an overview published online on San Francisco Superior Court’s own website.

According to court documents, shoplifter White’s life of crime dates back 30 years with her first conviction – for stealing from a woman named Jane Snethen – in 1989.

For that, she was handed a year and four months at the Central California Women’s Facility and a $100 fine but the punishment wasn’t enough to stop her offending again in 1993. 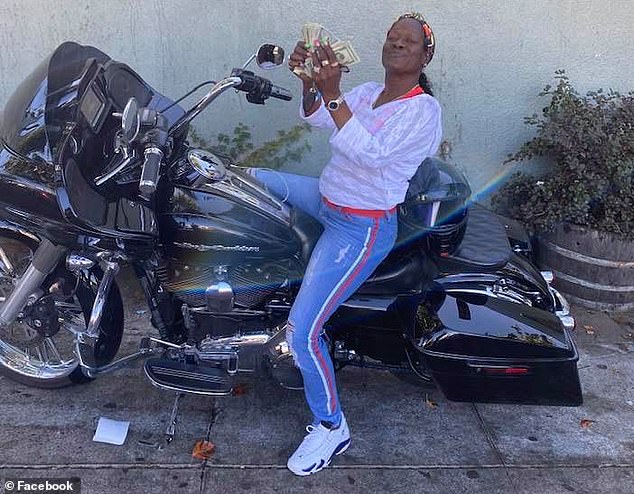 Francill White flashes the cash while posing on a Harley Davidson. She was awarded $30,000 from taxpayers’ money in 2011 after she sued San Francisco School District, claiming a teacher had stolen her younger daughter Haniyah’s Twinkies 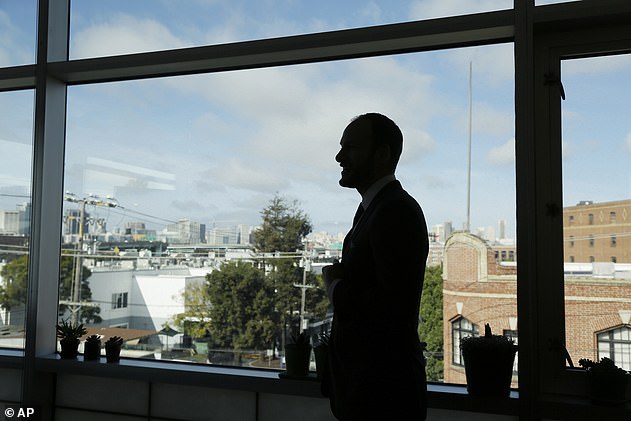 San Francisco District Attorney Chesa Boudin looks out at the skyline from his office in San Francisco, where homeless tents, open drug use, home break-ins and dirty streets have proliferated during the pandemic 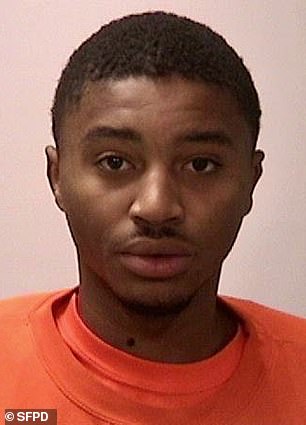 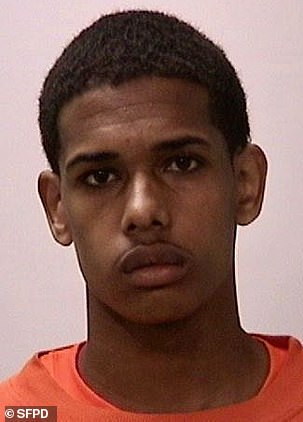 The 53-year-old was caught stealing from a branch of department store J.C Penney in Daly City, California, and was handed another year for that theft, according to court documents.

Her sentence was extended to three years in 1995 due to her prior convictions and she was sent back to the Central California Women’s Facility. 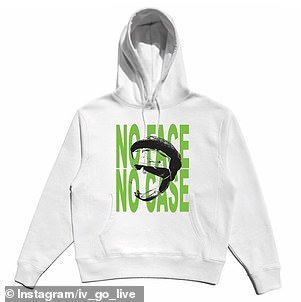 Ivan Speed hopes to make $100,000 from his hoodie line bearing the slogan ‘No Face No Case’

Despite her crimes, in 2011 she was awarded a $30,000 payout by San Francisco School District which she sued after claiming a teacher had stolen her younger daughter Haniyah’s Twinkie snacks.

Eldest daughter Kimberly’s criminal career kicked off in 2014 with a conviction for robbing the same branch of J.C Penney as her mother.

The following year, she was busted shoplifting at Sears and was also found guilty of possessing ‘burglar’s tools’ after cops discovered her 16-piece break-in kit which included a screwdriver, a crowbar, two sets of pliers and a selection of lock picks.

In March 2020, she was busted for cocaine possession and in April 2021, the mom-of-one was collared for petty theft for the third time – this time for stealing from toy store Buybuy Baby.

But the women’s crimes pale in comparison with their male counterparts, among them carjacking felon Calloway who – despite being just 23 – already has three convictions to his name.

His first, in November 2015, was for receiving stolen goods and for possessing a criminal kit complete with a crowbar and lockpicks similar to Cherry’s.

While out on bail, he was collared again – accused of being part of a crime gang that also included his cousin Tameko Miller that was behind a spate of car thefts in San Francisco.

Miller, who was reportedly on probation in neighboring Contra Costa county at the time, was hit with charges of auto burglary, possession of stolen property, conspiracy, and committing a felony while out of jail on bail. 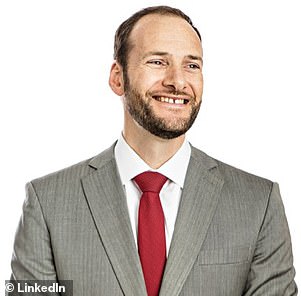 Calloway’s crimes continued after he was released from jail and he was picked up again in March 2021 – this time charged with illegally possessing an assault weapon, being a felon in possession of a firearm and for carrying a concealed firearm, according to court records.

The charges, which are similar to the ones he was slapped with in connection to the Louis Vuitton assault, are still pending.

The final member of the looting gang, Speed, is also a career criminal who started his life of crime in 2006 in Oakland, California, where he has a conviction drug possession.

Since then, he has gone on to commit further crimes – beginning with a charge of attempted murder and others of assault with a firearm and sexual battery in 2007.

Undeterred, in 2009 he was back in court again – this time for allegedly selling drugs.

Braggart Speed, who claims to be running a YouTube TV show and is hoping to make $100,000 from his hoodie line, was most recently arrested in 2013 when he was hit with charges of being a felon in possession of a firearm and another of carrying a loaded gun in public.

In a statement released to DailyMail.com, San Francisco PD said they are continuing to investigate the looting spree and are ‘confident’ there will be further arrests.

Last picture of girl, 9, sheltering in the bathroom with her family 15 minutes before tornado struck

Biden migration adviser Tyler Moran will step down in January 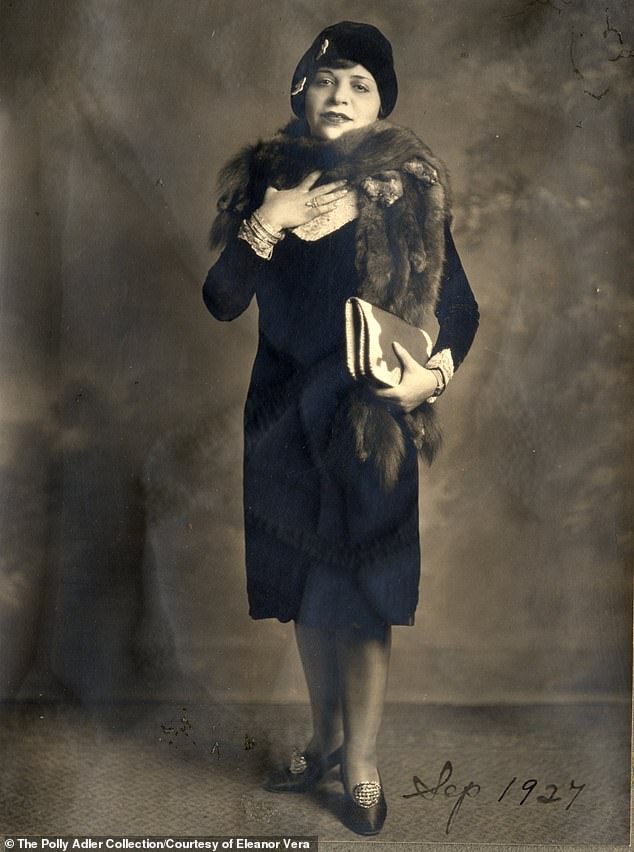 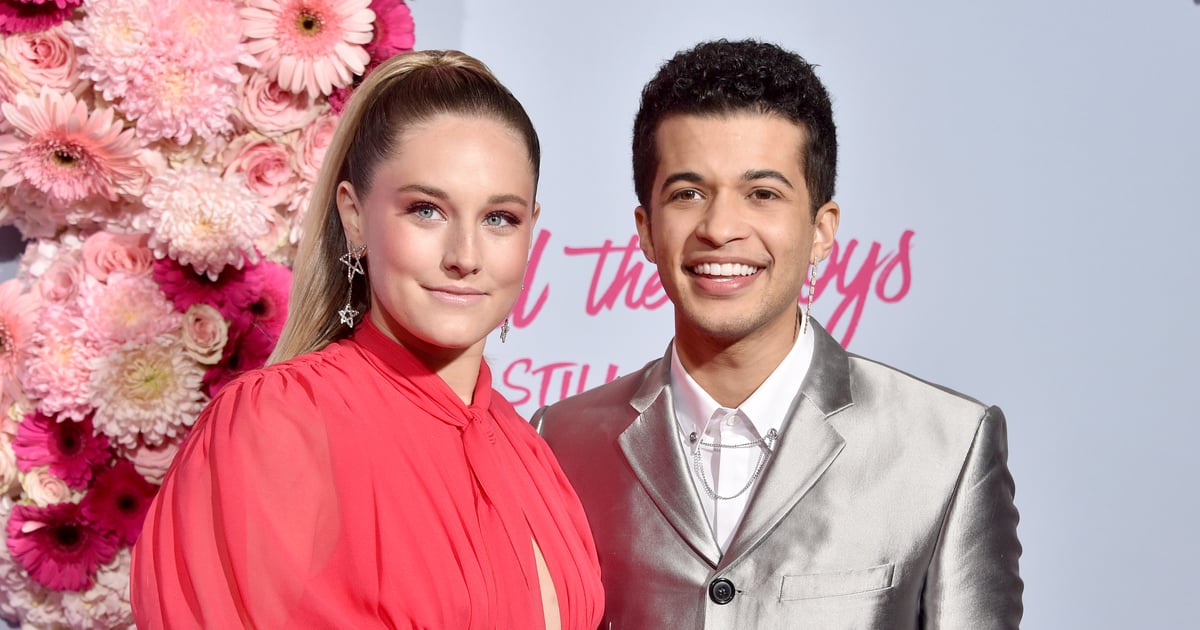 “To All the Boys” Star Jordan Fisher Is a Dad: “We’re So Incredibly Blessed” 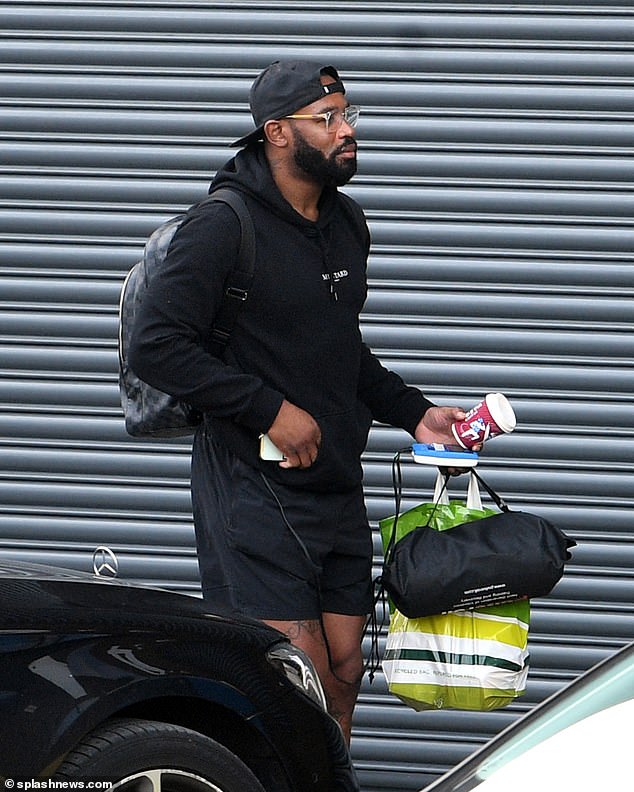