‘Their loved ones won’t be taking part for the moment’: Five Gogglebox stars step down from C4 show in wake of three cast member deaths


Five stars of Gogglebox are stepping back from the show following the death of their loved ones.

The Channel 4 programme has seen three regulars sadly pass away this summer, within months of one another, after Pete McGarry died in June, aged 71, after a short illness, and Andrew Michael, 61, and Mary Cook, 92, passed away last month.

It has been confirmed that Pete’s partner Linda, Andrew’s wife Carolyne and children Louis and Alex, and Mary’s friend Marina Wingrove won’t be back on screens for now.

Pictured: Five stars of Gogglebox are stepping back from the show following the death of their loved ones (PICTURED: Mary Cook, left, who passed away last month, her friend Marina Wingrove, right, who is stepping away from the show)

Gogglebox’s executive producer Victoria Ray told the Daily Star: ‘We have had people from the show pass away recently.

‘We lost Mary and Andy. And a little while ago we lost Pete. Their loved ones won’t be taking part in the show for the moment.

‘It’s a massive loss in every way. We feel it too. We are still in touch with all the loved ones. We talk to them all the time. They are still part of the Gogglebox family.’

Mary and Marina had taken a year off from the entertainment show due to the coronavirus pandemic. 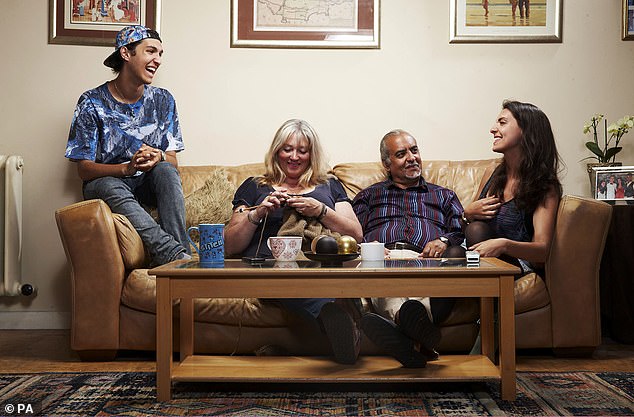 Tragic: Andrew Michael (second right) died last month. His wife Carolyne and children Louis and Alex (pictured) are stepping down in the wake of his death

However, they were able to return to the programme in May this year.

The pair returned for the final episode, and the hilarious Bristolians delighted fans with their wit. Mary passed away in hospital with her family by her side.

A statement shared on the show’s Twitter page read: ‘We are extremely saddened to share that ‘Gogglebox’ star Mary Cook passed away in hospital this weekend at the age of 92 with her family by her side.

‘Beloved mother, grandmother, great-grandmother and dear friend to many, Mary, who worked in the hospitality trade, had been married and widowed twice. 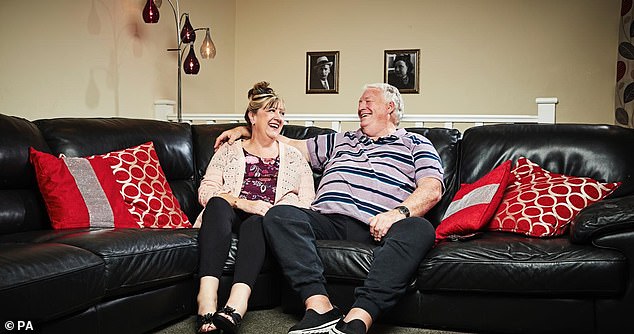 Tragic: Pete McGarry died in June. His partner Linda is stepping away

‘Bristolians Mary and Marina met at St Monica Trust retirement village over 10 years ago and had been friends ever since.

‘They joined ‘Gogglebox’ in 2016 at the start of series eight and became instant fan favourites due to their brilliantly witty and often cheeky comments. Mary will be sorely missed by the entire ‘Gogglebox’ family, cast and crew.’

Channel 4 added: ‘We are so saddened to hear of the loss of ‘Gogglebox’ star Mary Cook. Our love and thoughts are with Mary’s family, friends, and Marina.’ 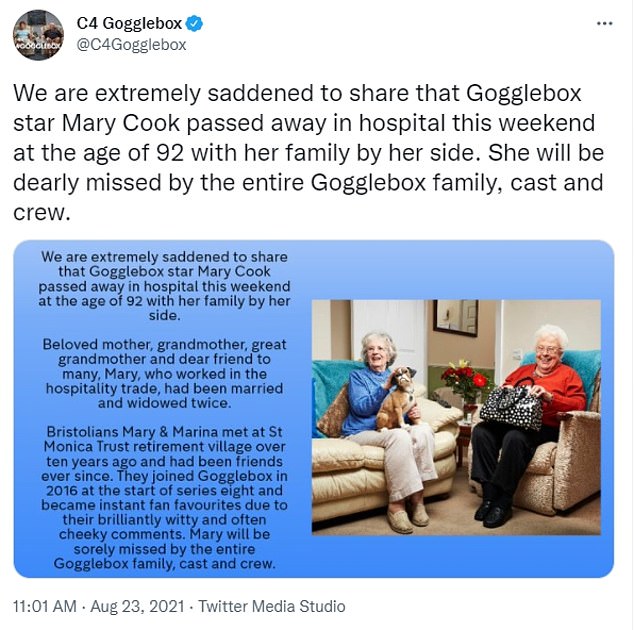 Tough times: A statement shared on the show’s Twitter page read: ‘We are extremely saddened to share that ‘Gogglebox’ star Mary Cook passed away in hospital this weekend at the age of 92 with her family by her side 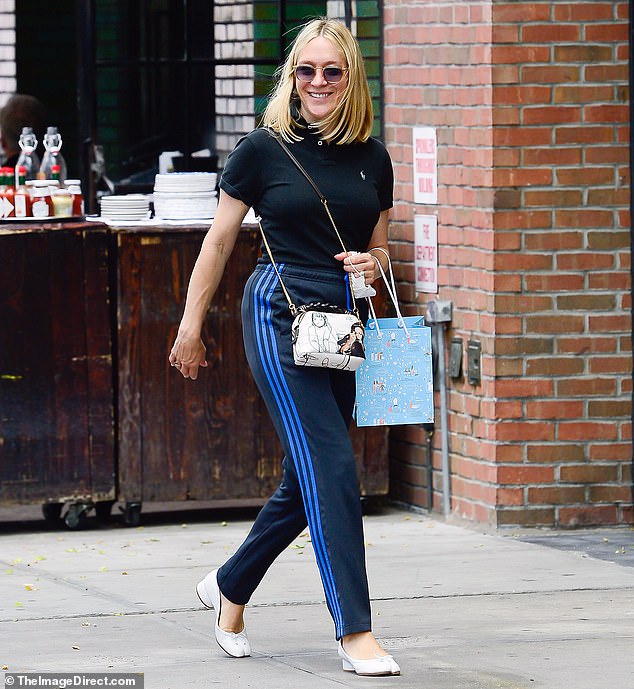 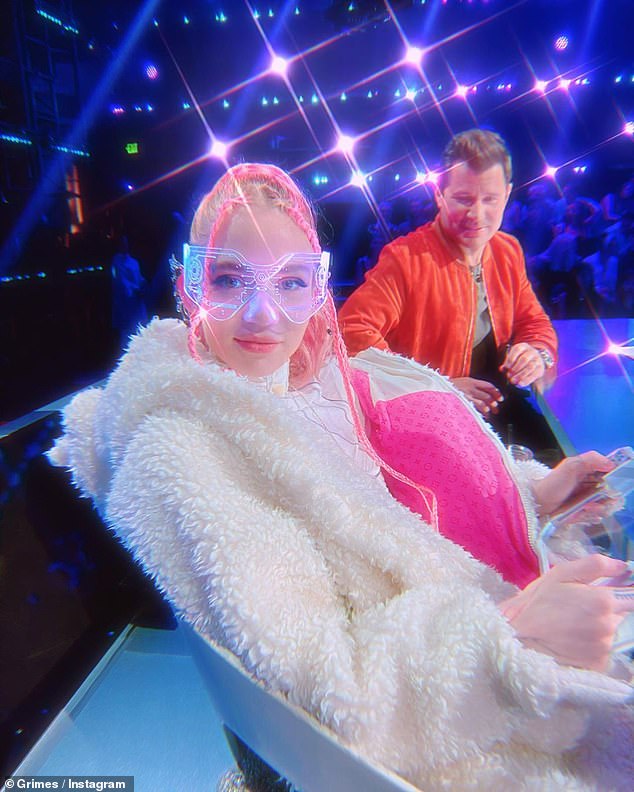 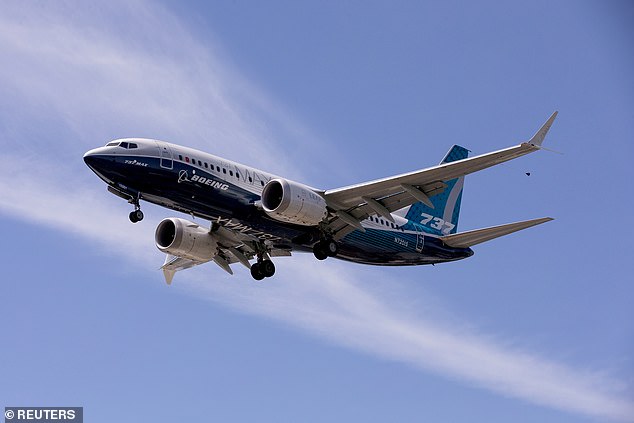