Fumble! Football fan drops ring into fountain as he gets down on one knee to propose outside Dallas Cowboys’ stadium


This is the moment a football fan fumbled his marriage proposal and dropped the engagement ring into a fountain – before an agonizing 30-minute search yielded a recovery and a story that will last a lifetime.

Niko Valdez was about to pop the question to his girlfriend Christina Ristau on camera outside AT&T Stadium in Dallas on November 25 when he dropped the ring into the nearby water feature.

Video shows the Dallas Cowboys fan, who had spent six months planning his romantic proposal, frantically searching for the ring as a family member exclaims: ‘Are you serious?’ 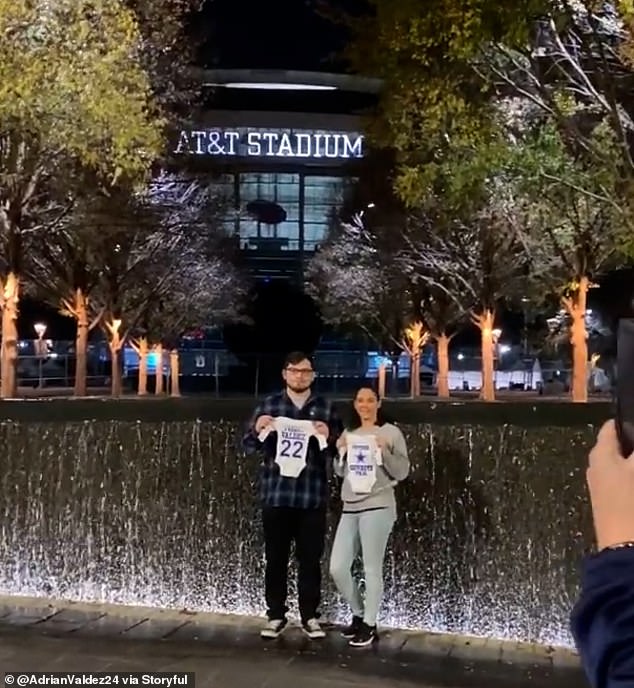 The clip begins with Mr Valdez and his girlfriend, who is ten weeks pregnant, holding up customized onesies emblazoned with the words ‘baby Valdez’, as they pose outside the Cowboys’ stadium and celebrate their forthcoming new arrival.

Just seconds later, Mr Valdez gets on one knee and pulls a ring box from his pocket as his girlfriend puts her hands on her mouth in surprise.

But as the boyfriend pulls the ring out of the box, it slips out of his fingers into the water and a family member cries out: ‘Are you serious? Did he really do that?’

Mr Valdez, who had been attending the annual Cowboys Thanksgiving game with his family, scours the area as his family members begin to help. 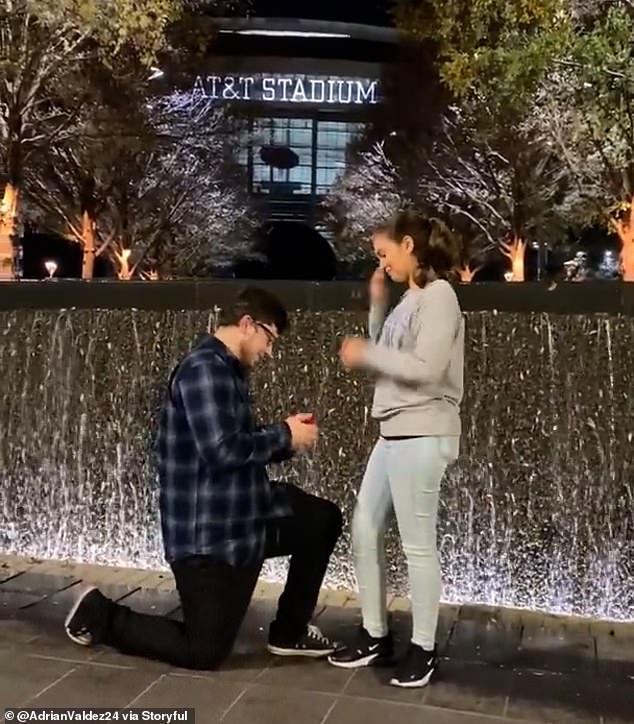 Mr Valdez, who had been attending the annual Cowboys Thanksgiving game with his family, gets on one knee and pulls a ring box from out of his pocket 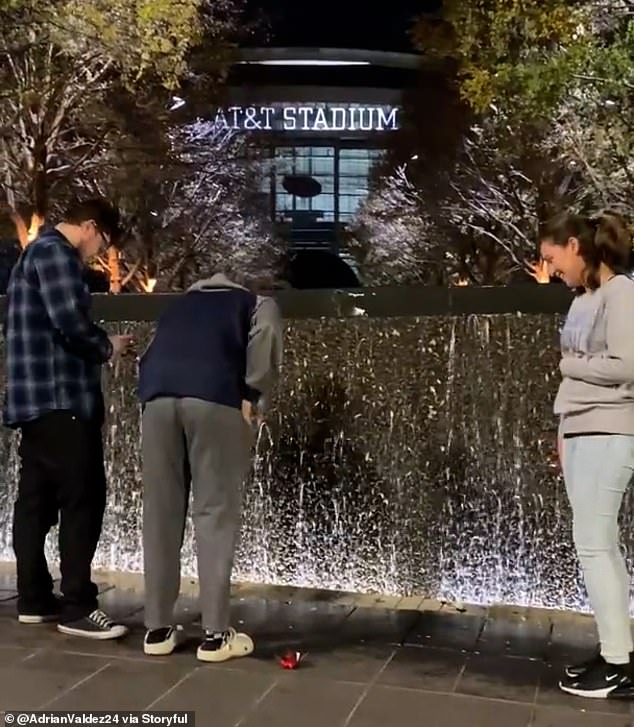 Mr Valdez’s father, Adrian, who filmed the comical scene, said the ring was found about 30 minutes later in the water and Ristau said yes.

‘Approximately six months prior to the day, my son made plans to surprise his girlfriend and propose at AT&T Stadium when we went to the annual Cowboys Thanksgiving game,’ the dad told Storyful.

‘Cowboys stadium is a special place as we are all Cowboys fans.

‘We recently learned Christina was ten weeks pregnant and got her to the stadium under the ruse of a taking photos of them with a onesie announcing the new addition to the family.’ 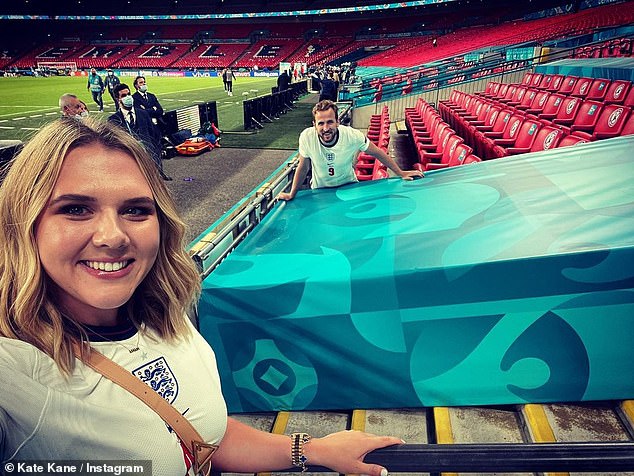 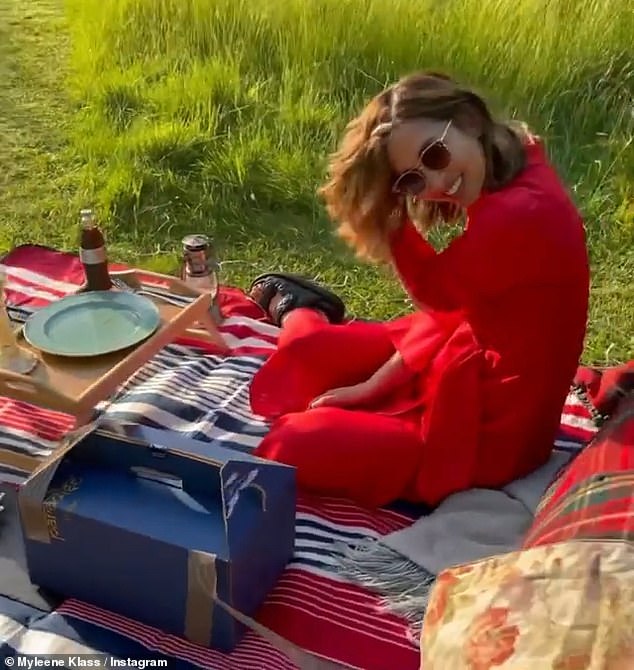 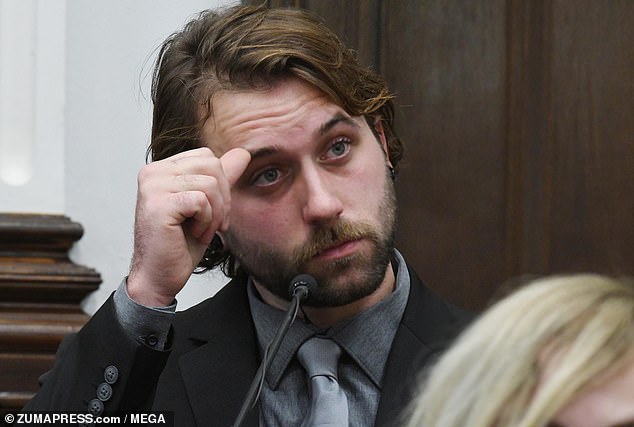 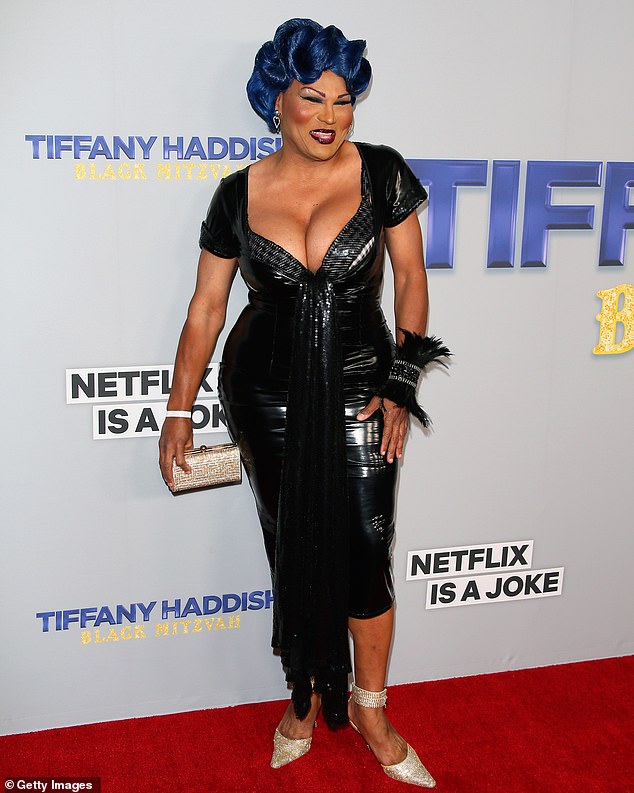 October 25, 2021
Check Also
Close
Recent Stories
Featured Posts
Biden says it would be a ‘disaster’ for Russia if Putin invades Ukraine
35 mins ago