A judge in Florida is preparing to rule on a legal challenge against Governor Ron DeSantis’ ban on school mask mandates, a contentious issue that has divided that state and others.

Administrative law Judge Brian Newman heard testimony from both sides in the case this week in Tallahassee, and will have until November 5 to render a ruling.

DeSantis in July issued an executive order barring school mask mandates, but in practice at least eight counties representing more than half of Florida’s public school students have defied him, requiring kids to wear masks to limit the spread of COVID-19.

The legal challenge to the order heard by Judge Newman was filed by six of those counties: Alachua, Broward, Duval, Miami-Dade, Orange and Leon.

During this week’s hearings, Judge Newman heard testimony from Aileen Marty, an infectious-disease specialist and professor at Florida International University.

‘There’s no ifs, ands or buts about it, masks are a highly effective way of reducing transmission from a respiratory virus, and particularly one that is spread by aerosol as is the SARS-CoV-2 virus,’ Marty said, according to WKMG-TV.

DeSantis has said parents should decide if their children wear masks, but Marty argued that it is ‘much safer for the child’ to leave decisions to experts.

‘Under the circumstances that we were under, with the type of viral load we have, it is much better to have a mask mandate without a parental opt-out,’ Marty said.

On the opposing side, Jacob Oliva, a senior chancellor for the state Department of Education, defended the mask mandate ban and argued against quarantining asymptomatic students. 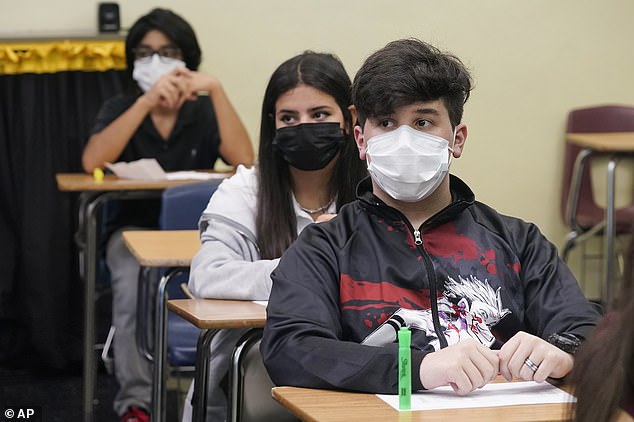 DeSantis has said parents should decide if their children wear masks, but a witness for the defiant district argued that it is ‘much safer for the child’ to leave decisions to experts

Florida is one of several U.S. states where Republican governors have sought to prevent local governments and school districts from mandating masks, in what has become a highly politicized tussle over COVID-19 precautions.

Despite DeSantis’ ban on mandates, both Alachua and the Broward County district in metropolitan Miami went against the governor.

DeSantis and state education officials responded by cutting salaries paid to school board members in Florida who voted to require masks for students.

In Alachua County, the pay reductions so far for four school board members who voted for the mask mandate amounted to $27,000.

President Joe Biden’s administration has been stepping in to make up the pay cuts by infusing federal grants into the affected districts. 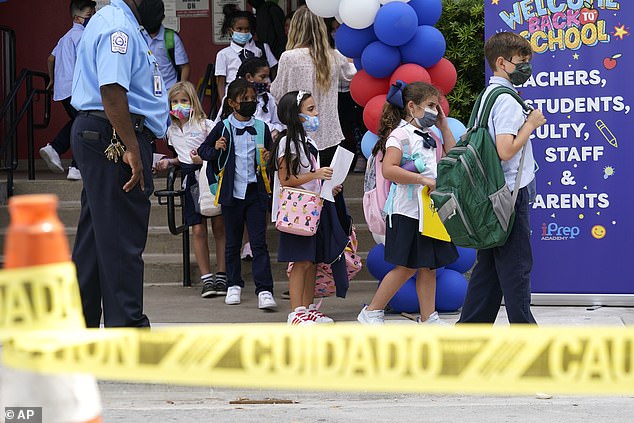 Students walk from iPrep Academy on the first day of school in Miami. Schools in Miami-Dade County opened Monday with a strict mask mandate to guard against coronavirus infections

This week, officials in South Florida said the mask mandate for students there could be eased by the end of October as local rates of COVID-19 infections and hospitalizations continue to fall.

He said the decision would be based on the latest COVID-19 data and the advice of a task force of local doctors advising the district.

The easing of the mask policy would give parents an opt-out provision for their children, he said.

A parental opt out was the original back-to-school plan in Miami. But the delta variant spread rapidly across Florida during the summer, causing a spike in cases, hospitalizations and deaths.

Suez Canal blocked as cargo ship Ever Given runs aground 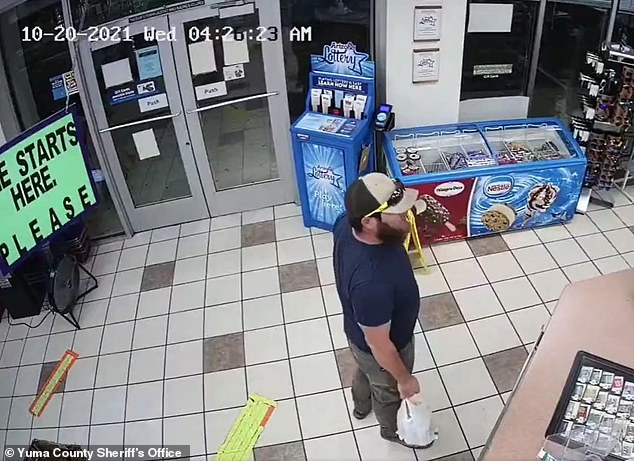 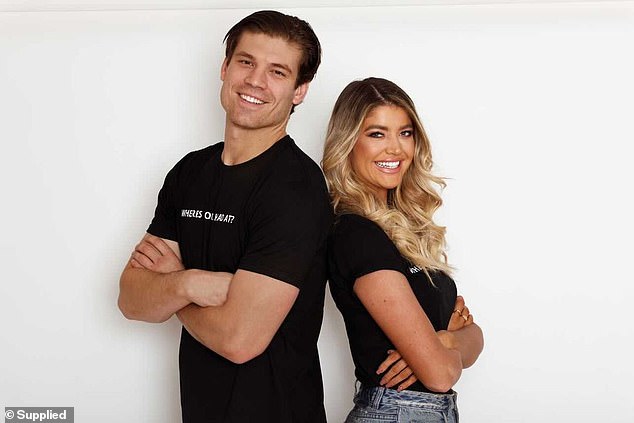