Florida girl, 13, is rescued from a 22-year-old man she met online when they were discovered in a motel room after she went missing from school

A 13-year-old Florida girl was rescued from a 22-year-old man she met online after they were discovered at a motel last week. The man was identified by police as Tyler Thompson (pictured)

A 13-year-old Florida girl was rescued from a 22-year-old man she met online after they were discovered at a motel last week.

According to the Volusia Sheriff’s Office, a deputy looking for the Oak Hill girl who went missing after school searched motel to motel until he found her ‘in a dark motel room’ with Tyler Thompson, of Orlando.

Authorities said when Deputy Royce James entered the motel room of the All Suite Motel at 335 N. Ridgewood Avenue in Edgewater, the girl ‘ran into his arms and gave him a hug’.

Video from the incident shows police confronting a half-naked Thompson who was arrested on a charge of interference with child custody.

The Edgewater Police Department added a charge of traveling to meet after using a computer to lure a child. Authorities said additional charges are pending.

In the footage, the deputy is seen entering the room after Thompson answered the door.

The little girl is seen running up to the deputy who tells Thompson to have a seat on the couch.

‘How old are you?’ the deputy asks Thompson who didn’t respond. 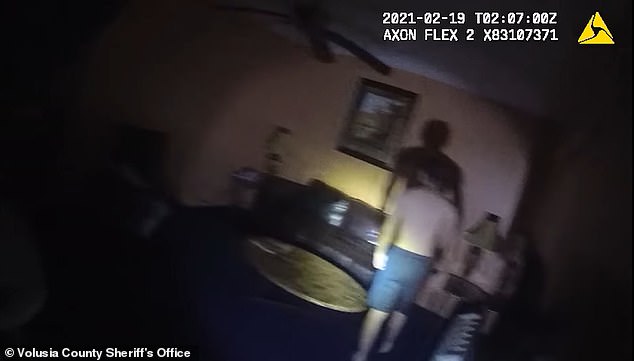 According to the Volusia Sheriff’s Office, a deputy looking for the Oak Hill girl who went missing after school searched motel to motel until he found her ‘in a dark motel room’ with Tyler Thompson (pictured walking toward the couch), of Orlando 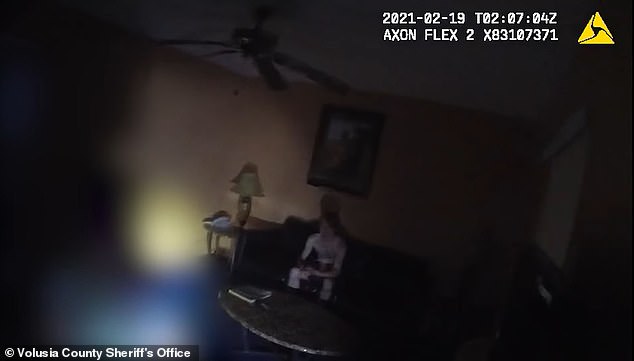 Video from the incident shows the little girl (left, muzzed) running up to a deputy when he found her

The deputy then asked the teenager if she was hurt, to which she responded that her stomach was hurting. In the footage, the deputy is heard asking Thompson his age to which he replied, ’22.’

‘Oh you f**ked up. You f**ked up real good,’ the officer said before relaying the information to back up.

The deputy found the teen after responding to a missing child report around 6.15pm on Thursday, after the girl’s grandmother said she never came home, and never went to her basketball game after school.

Deputy James immediately started the investigation by speaking with the girl’s friend who said the victim was planning to go to a motel ‘with someone she met online’.

‘The friend said she thought the man’s name started with a T, possibly Tyler, and that he was from Orlando. She said he may have picked up the victim at the Dollar General store in Oak Hill,’ the sheriff’s office said in a statement.

James then went to the Dollar General to look for security video, and found surveillance images of the victim at the store. 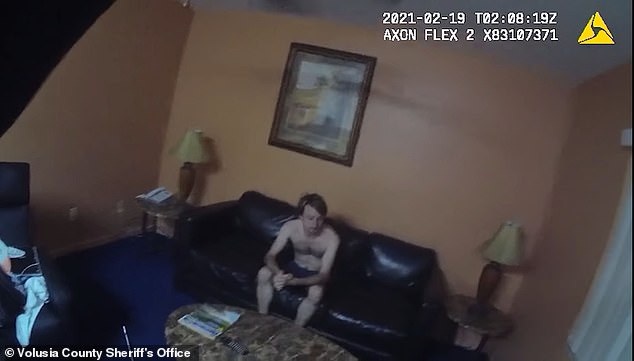 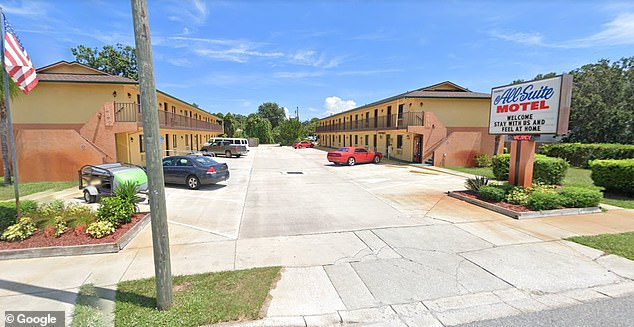 The victim was found at the All Suite Motel (file image) at 335 N. Ridgewood Avenue in Edgewater, Florida

An employee confirmed to James that the girl said she was waiting to be picked up.

‘James then started visiting area motels, showing the front desk clerks a photo of the missing girl and searching the day’s check-ins for a match,’ authorities said.

At the third motel he checked, James noticed a guest checked in under the name Tyler Thompson, with an address out of Orlando.

Deputies went to his room and knocked on the door several times before Thompson finally answered.

After being rescued, the girl was taken to a local hospital to be medically cleared and interviewed.

James then took her to a local Department of Children and Families facility for evaluation before taking her home.

Because the motel is located in the city limits of Edgewater, the Edgewater Police Department is working with the State Attorney’s Office on potential additional charges in this case.

Thompson was released from the Volusia County Branch Jail on Friday night after posting $15,000 bail on his current charges. 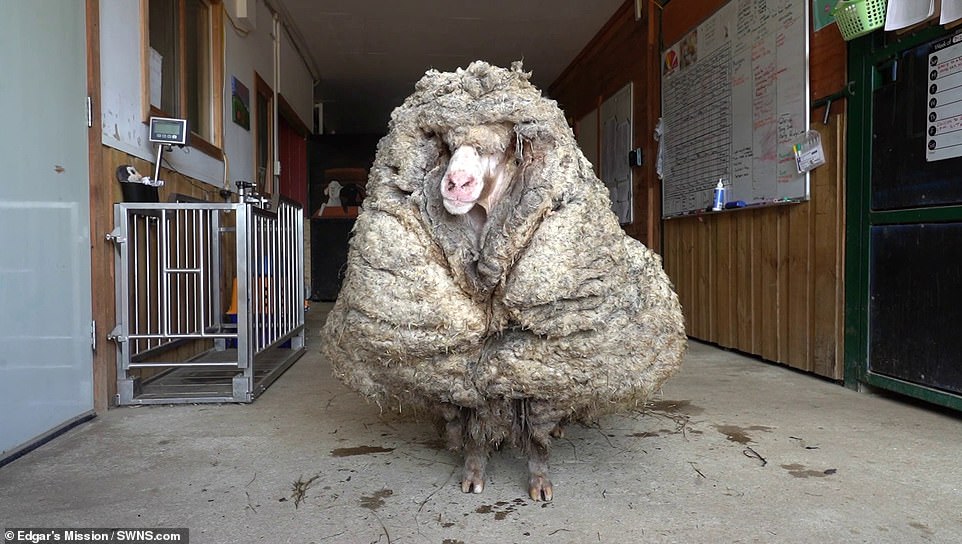 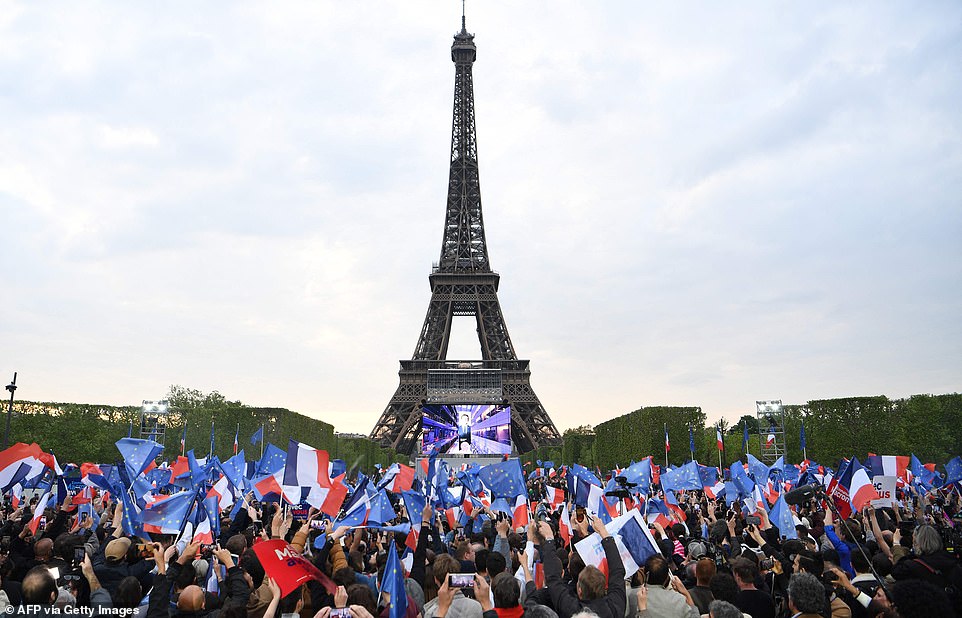 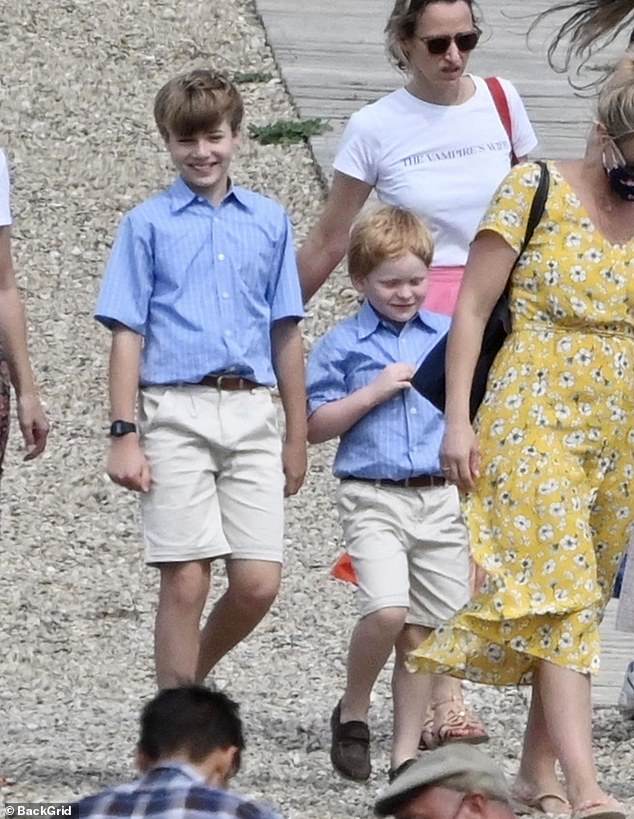 The Crown: Timothee Sambor and Teddy Hawley transform into Princes William and Harry