The FBI has launched a hunt for Sarm Heslop’s American boyfriend after he sailed away from the US Virgin Islands while investigators continue to search for the missing Brit.

Federal agents have chartered a boat to try to track down Ryan Bane, 44, who disappeared Thursday from St. John where his luxury yacht had been anchored for several weeks, according to the New York Post.

A source told the outlet he had sailed away Thursday with locals warning that if he was headed for nearby Dutch, British or French territories, it may be impossible for authorities to extradite him.

Heslop, 41, vanished without a trace on March 7 after she and Bane had drinks in Frank’s Bay, St. John. Bane told investigators they had returned to his catamaran that night and he awoke in the early hours to find his girlfriend gone.

A huge manhunt was launched and is yet to turn up any clues as to Heslop’s whereabouts while Bane, who went to jail for attacking his ex-wife, has refused to let investigators search his boat Siren Song. 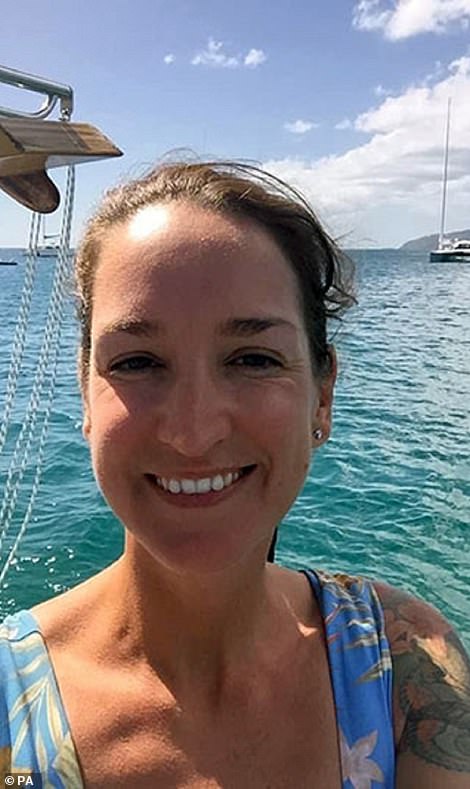 The FBI has launched a hunt for Sarm Heslop’s American boyfriend Ryan Bane, 44, (left) after he sailed away from the US Virgin Islands while investigators continue to search for the missing Brit, 41 (right) 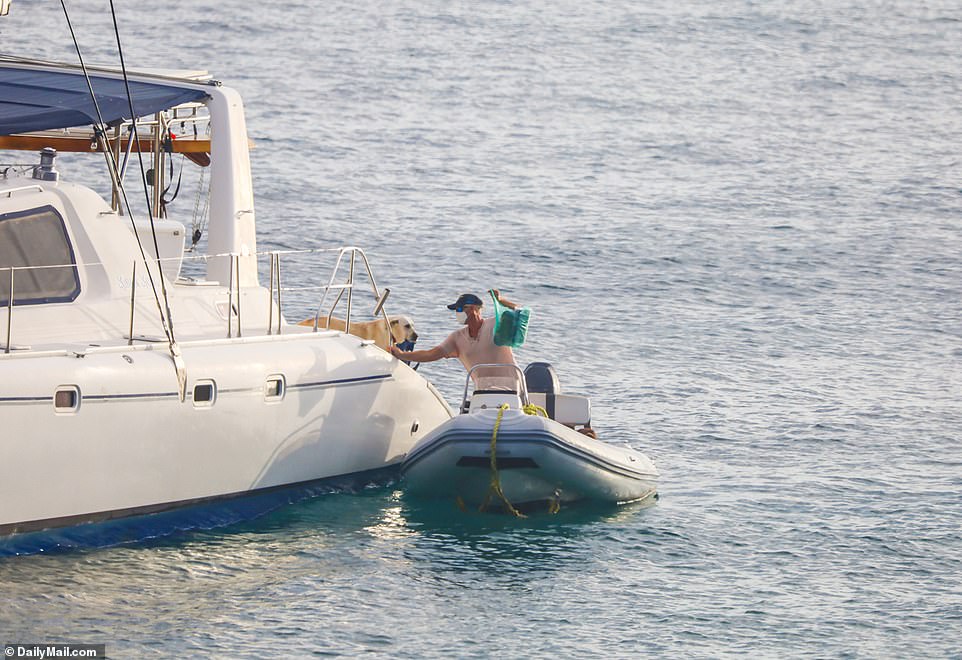 Bane was last seen Wednesday afternoon (above) returning to his boat. Federal agents have chartered a boat to try to track him down, after he disappeared Thursday from St. John where his luxury yacht had been anchored for several weeks

The FBI told the Post its division headquartered in San Juan, Puerto Rico, is now assisting the US Virgin Island Police Department in the investigation into the missing woman.

It is not clear if they are looking into the possibility that Bane has headed toward Puerto Rico which is roughly 186 km from St. John.

Rick Smith, who runs Cimarron Yacht Charter in St. John, told the Post Bane could have easily gone to the British Virgin Islands just five miles away from where he could not face extradition.

‘He could have gone anywhere – to a Dutch, French, or even British island where there is no extradition,’ he said.

Authorities admitted to DailyMail.com Friday they had no idea where the boat skipper is now. ‘He could be anywhere,’ they said.

They said Bane was neither a suspect nor a person of interest, so there was nothing officers could legally do to prevent him from leaving the US Virgin Islands.

‘He’s free to go about as he pleases. He could be anywhere.’

Bane was last seen on Wednesday afternoon taking a dinghy to the shore before returning to his 47-ft catamaran with a plastic bag, sneakers and towels.

His yacht had been anchored at the same secluded spot in Frank Bay for weeks but was gone Thursday morning.

Smith said Heslop’s disappearance was ‘pretty perplexing’ and that if she had attempted to swim to shore it would have been a ‘dangerous’ journey.

‘If she left the boat at night, she didn’t take the dinghy, but had to swim to shore,’ he said.

‘It’s only 100 feet but the current is really strong and very dangerous in that area. The whole thing is pretty perplexing.’

He said a Coast Guard helicopter had been over the waters by the boat on the day she was reported missing but he had not seen divers or boats searching the sea. 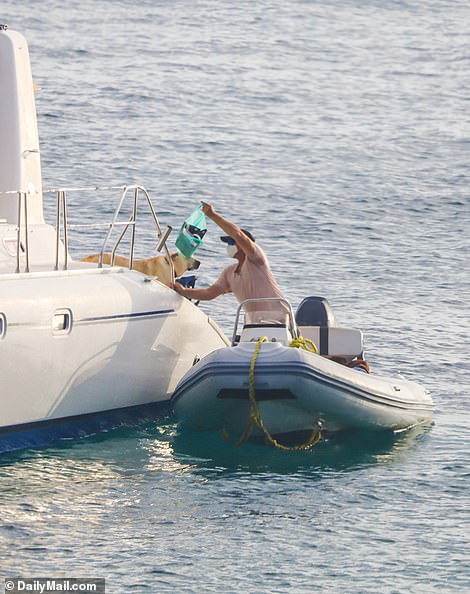 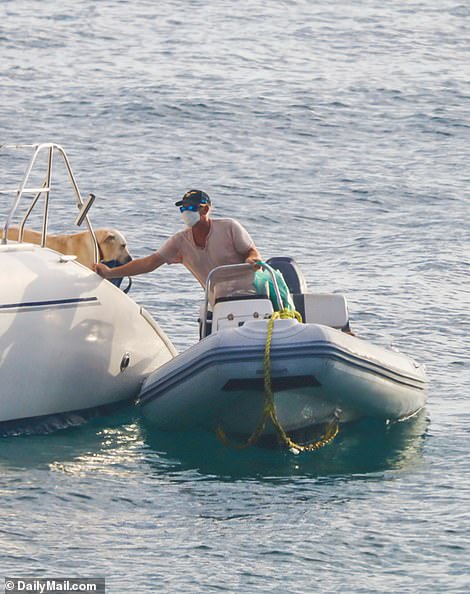 Bane was last seen on Wednesday afternoon taking a dinghy to the shore before returning to his 47-ft catamaran with a plastic bag, sneakers and towels 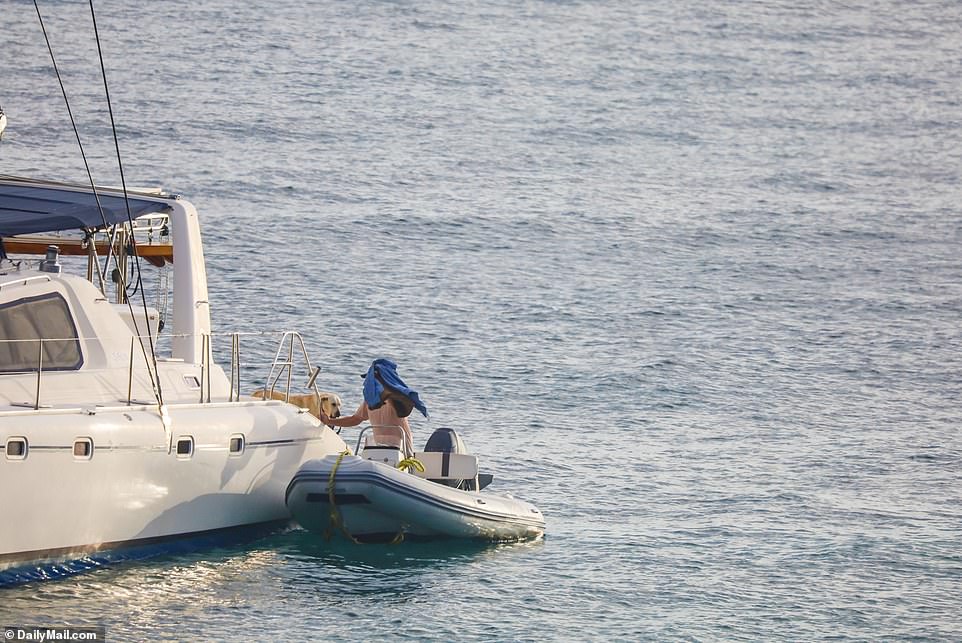 Authorities have admitted to DailyMail.com: ‘He could be anywhere’. His yacht had been anchored at the same secluded spot in Frank bay, St. John for weeks but by Thursday morning it was gone 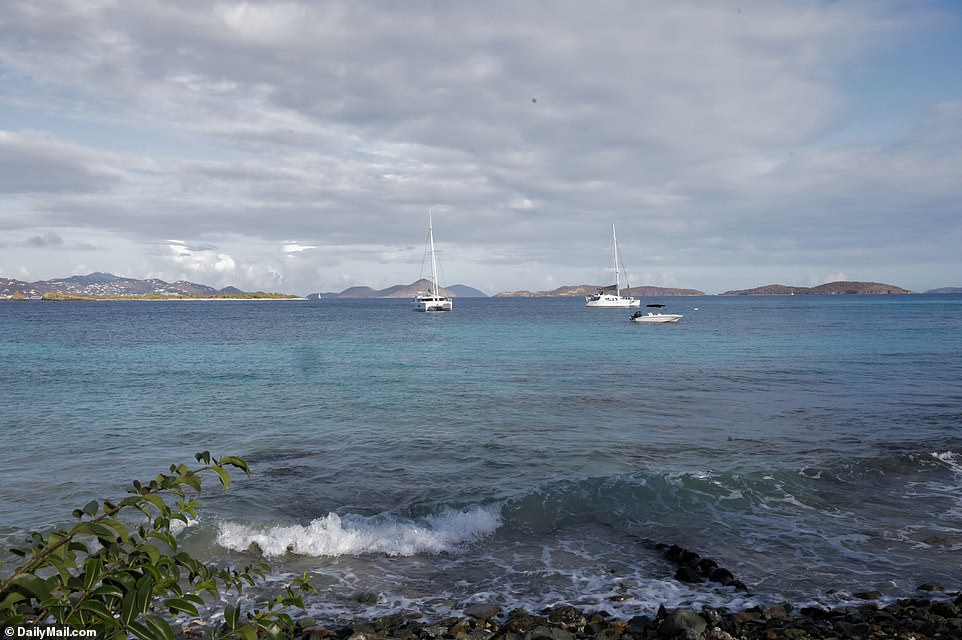 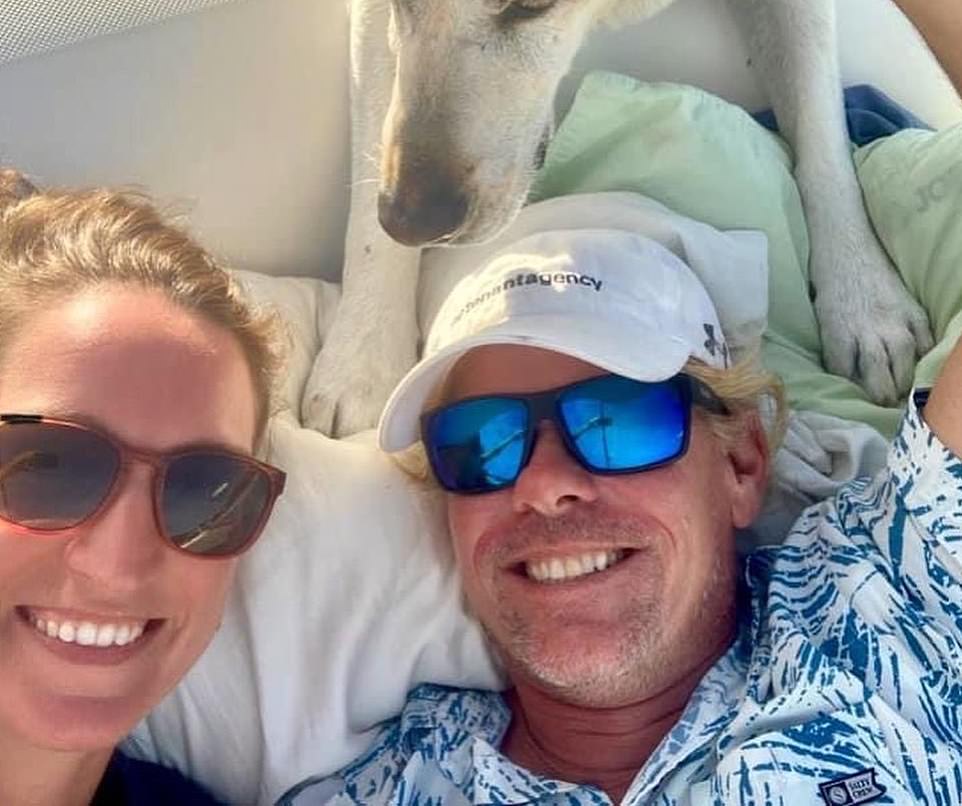 Heslop, from Southampton, England, met Bane on Tinder eight months ago. She disappeared from Siren Song, which was moored 120ft from Frank Bay on the extreme western end of St. John on March 8. The couple are pictured together

Bane’s disappearance will heap fresh anguish on Heslop’s family who are desperate for Bane to give detectives a detailed account of what happened the night the former-flight attendant from Southampton, England vanished.

Bane’s boat was moored in Frank Bay when he reported her missing in the early hours of March 8, sparking a massive land and sea rescue effort that failed to find her.

More than two weeks later the hunt for clues is at a standstill after the Michigan native lawyered up and refused to speak further with detectives or let them carry out a fingertip search of Siren Song.

Authorities need a search warrant to board the $500,000 vessel but are yet to obtain one because Heslop’s disappearance has not been classified as a criminal inquiry.

DailyMail.com has learned of further possible stumbles in the inquiry relating to CCTV evidence of the couple’s last night out together.

According to friends the pair took their dinghy to Cruz Bay, the island’s main tourist hub, for dinner and drinks on March 7 to celebrate a successful charter.

A barman at 420 to Center, a dive bar popular with St. John locals, confirmed to Detective Sergeant Richard Dominguez, a Virgin Islands-based FBI agent who is assisting the VIPD, that he saw the couple during his shift.

In his initial conversations with the VIPD, Bane said he finished dinner and went straight back to his boat with Sarm at 10pm.

There are at least a dozen cameras overlooking the shoreline where the couple landed their dinghy and the 50-yard walk to 420 to Center.

However many of the devices are used to livestream footage of the beach to social media, capturing party scenes and pretty sunsets for marketing purposes, but not to record.

A handful of business owners do operate conventional security cameras that store data, typically anything from 48 hours to a month, depending on how they are configured. 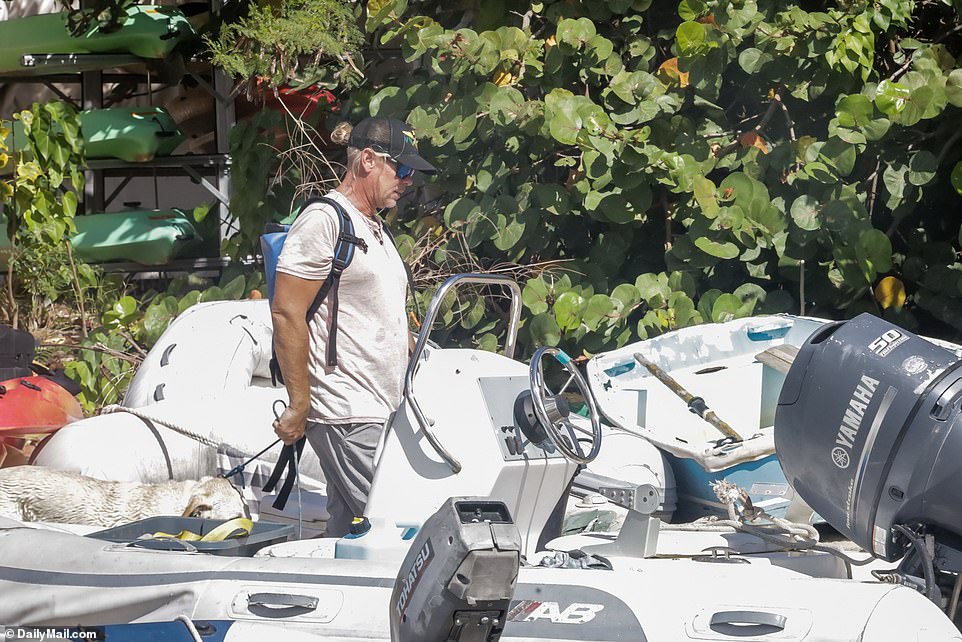 DailyMail.com asked the Michigan native if he would finally let cops search his 47ft catamaran – or whether he was prepared to reveal more about the night Sarm mysteriously vanished 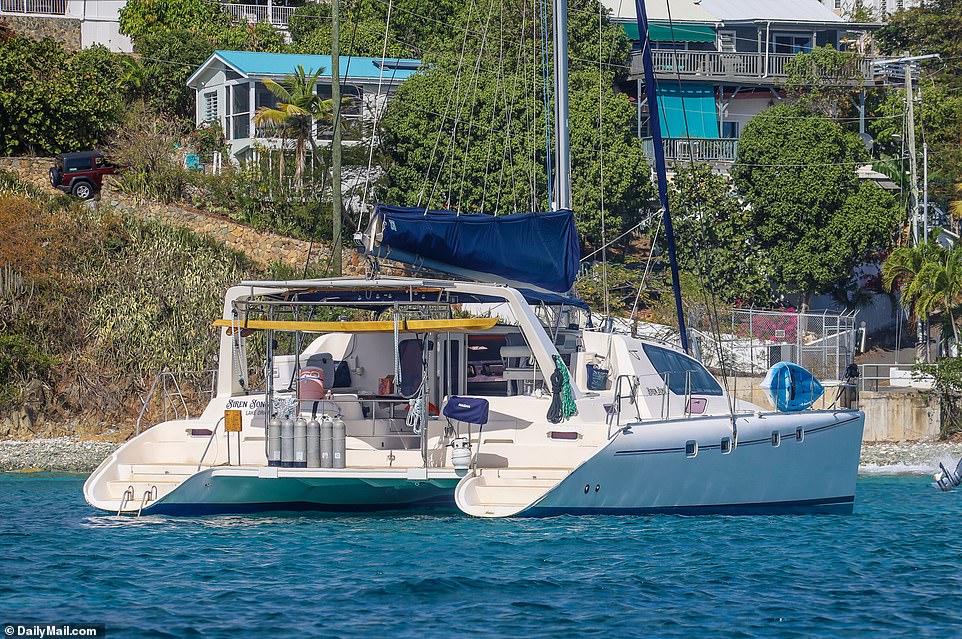 Bane’s luxury 47-foot catamaran, named Siren Song, was anchored in Frank Bay on St. John in the US Virgin Islands – but is now gone

These include Sherry Compton, who told DailyMail.com she was surprised that law enforcement didn’t immediately come to her restaurant, Beach Bar, to ask for the hard drives.

‘I heard about what had happened the next day from social media but the police did not come and talk to us,’ she said. 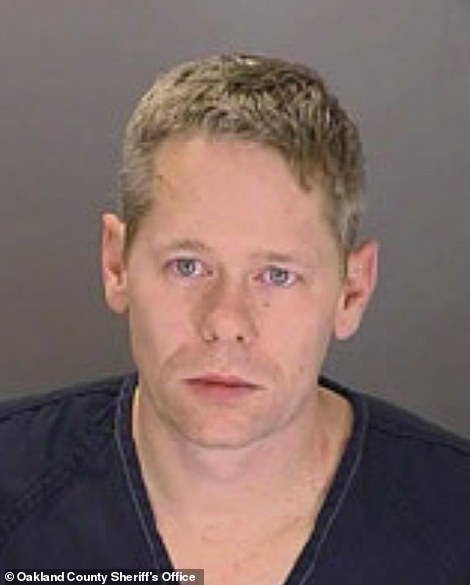 ‘The FBI agent came in four or five days after. He had a timeline and he needed the footage before it automatically deleted.’

Butcher told him there was nothing to look through because the livestreaming cameras weren’t set up to record and the owners were responsible for their own data.

That conversation took place between the evening of March 16 and the morning of March 17 – nine to 10 days after Heslop vanished.

‘Sadly that’s the Virgin Islands. It’s not First World. If it was me, if that was my wife, I would be disgusted,’ Butcher told DailyMail.com.

Derima said that the VIPD had obtained ‘hours of CCTV footage’ but he declined to comment on when exactly that was collected or whether anything had potentially been missed.

Heslop met Bane on Tinder eight months ago and traveled to the Caribbean to work as a cook on Siren Song, which he charters out for more than $2,000 a day.

Heslop’s friend Zan Lawther told the Post she had seen the job on the boat as a way to be with her new partner.

‘Becoming the chef on the boat was a way for her and Ryan to be together,’ she said. ‘All reports from Sarm and the few that met him were that they were very happy.’

He claimed he was woken up at 2am by an anchor alarm, which triggers an alert if the boat strays from its position, and found her gone.

Police say Bane was advised to ring the US Coast Guard but it later emerged they did not receive the SOS call until 11:46am – more than nine hours later.

Coast Guards boarded Siren Song twice but when detectives asked to conduct a full forensic search Bane exercised his constitutional right to say no, reportedly on the advice of his attorney, David Cattie.

He was similarly reluctant to talk about the night Heslop vanished when DailyMail.com caught up with him on shore Wednesday, stonewalling our questions by saying ‘no comment’ four times. 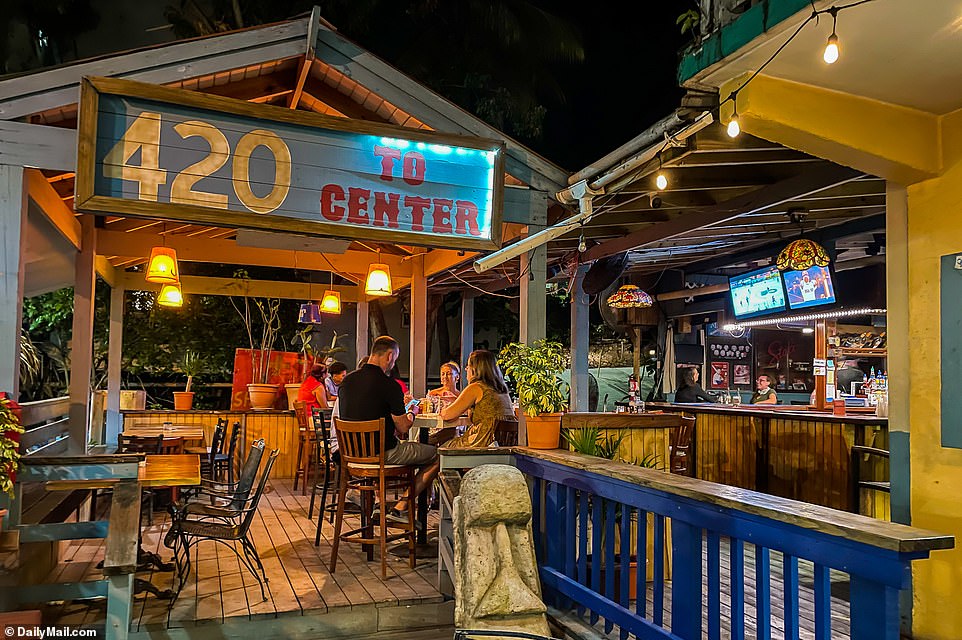 A barman at 420 to Center, a dive bar popular with St. John locals, confirmed to Detective Sergeant Richard Dominguez, a Virgin Islands-based FBI agent who is assisting the VIPD, that he saw the couple during his shift 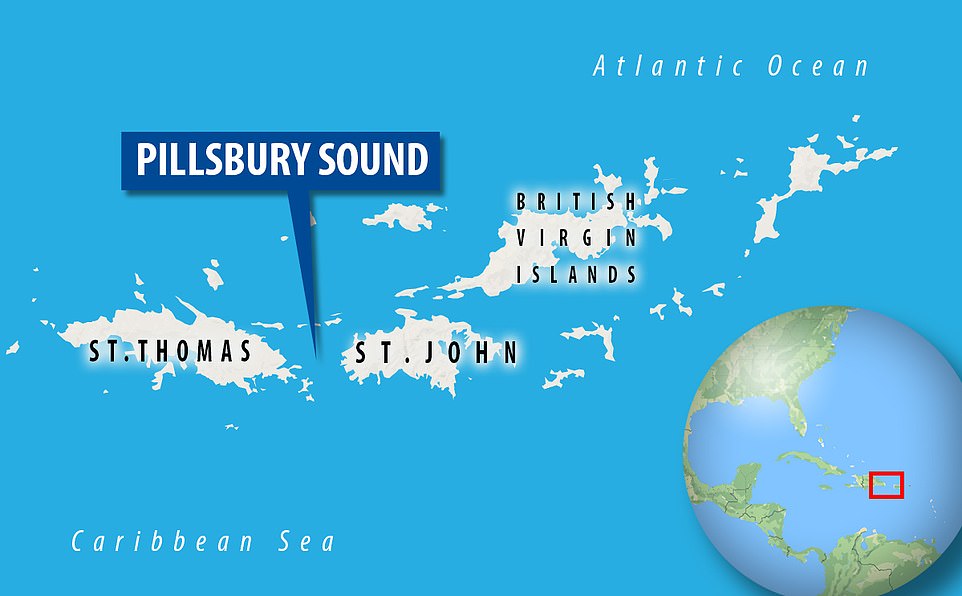 Pillsbury Sound, the stretch of water separating St. John from St. Thomas, is referred to locally as the ‘washing machine’ because of powerful rip currents that occur where the Caribbean Sea meets the Atlantic Ocean 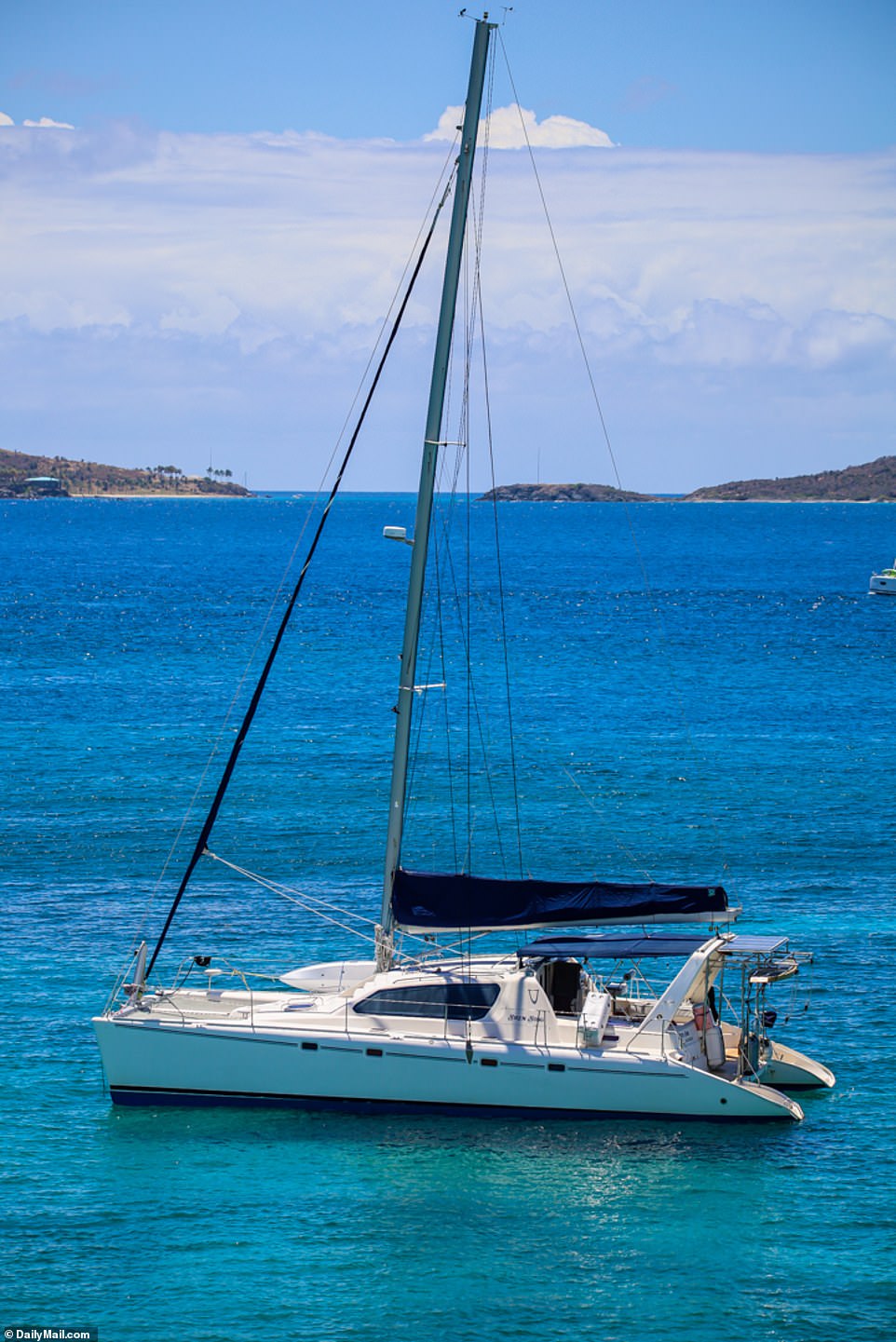 A close friend insisted that the rugged yacht skipper was not in hiding but was refusing to speak to the island’s police officers because he didn’t trust them.

‘My suggestion to him was that he makes some sort of statement and is as cooperative as possible,’ the friend said.

‘But I think he’s scared, I think he’s totally spun out. He is definitely bereaved. He had finally found a girl he was in love with.

‘I think that his concern is that the VIPD is not real well known for conducting any sort of investigation with clarity.

‘He’s concerned that something could go wrong or be spun the wrong way, or that they’re going to be looking for something to implicate him as opposed to the other way around.’

Earlier this week it was revealed that Bane served 21 days in jail in 2011 for attacking his ex-wife, Corie Stevenson, as they drove home from a wedding in Lake Orion, Michigan.

According to a police complaint he flew into a rage and dragged her out of the truck before smashing her head into the dining room floor, chipping one of her teeth.

‘Corie’s front right tooth had a chip out of it that appeared to be fresh,’ wrote Officer Vincent Lichok.

‘Her right ear lobe was bloody and scratched. Her right shoulder and the right side of her neck showed red scratches. Her right eyelid was scratched and red.’

In the UK, Heslop’s anguished friends and family have been pushing for answers in her disappearance, questioning Bane’s timeline and saying they find it ‘incredibly difficult to believe’ she fell off the boat.

‘We would like assurance that the authorities in the Virgin Islands are doing everything possible to find her and that the investigation into our beautiful and cherished daughter’s disappearance includes a comprehensive fingertip search of the boat,’ her parents Peter Heslop and Brenda Street said in a statement.

Sarah J. Maas's A Court of Thorns and Roses Series Is in Development For a TV Show at Hulu 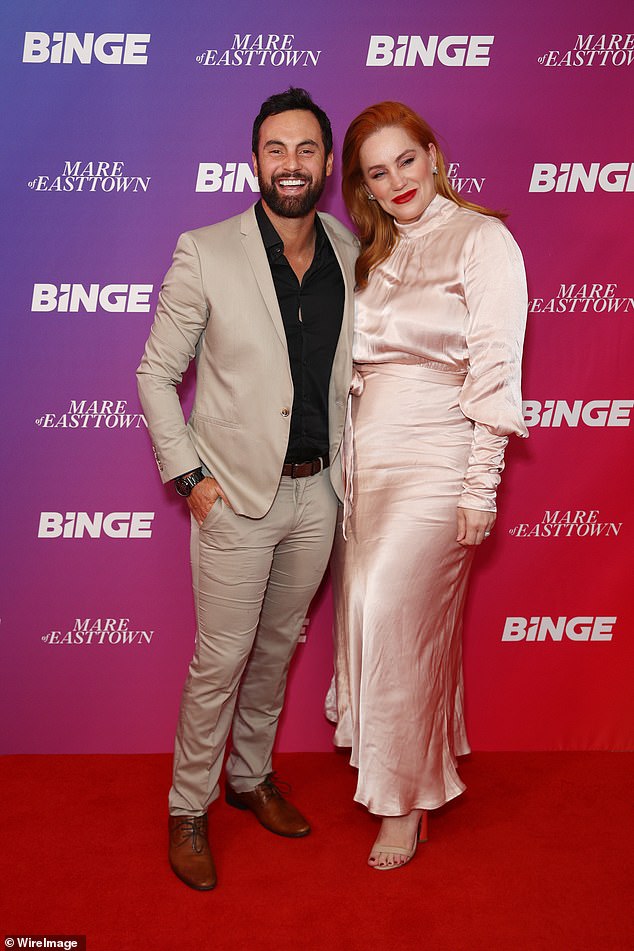 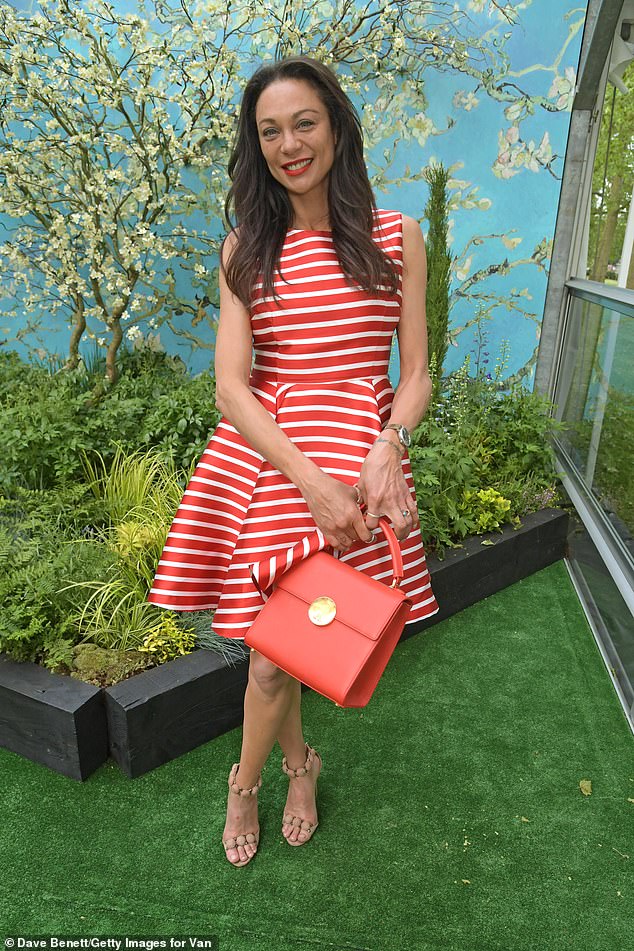 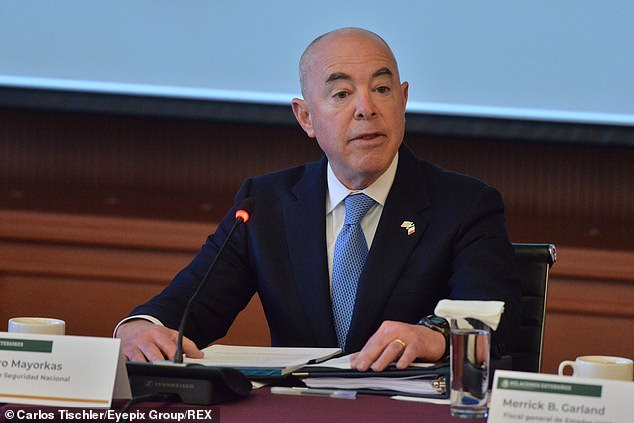