A series of families took to social media over the course of the holiday weekend to show off the unusual ways they let COVID positive members join in their festivities.

Thousands of Americans, some with their families, were forced to quarantine for the holidays to avoid infecting other members with the virus.

The recent holiday surge comes amid the presence of the Omicron variant which also saw flight and travel plans cancelled this past week.

America has now recorded 51.8 million COVID cases, and close to 817,000 deaths, with New York smashing its prior case records as Omicron surges there.

Despite the increasing rate of cases, American families did not let the virus get in the way of their festive holiday fun.

Measures such as plastic wrapping homes, keeping COVID-positive members in isolation boxes, and of course wearing masks were all a part of the new ‘normal’ way of celebrating Christmas. 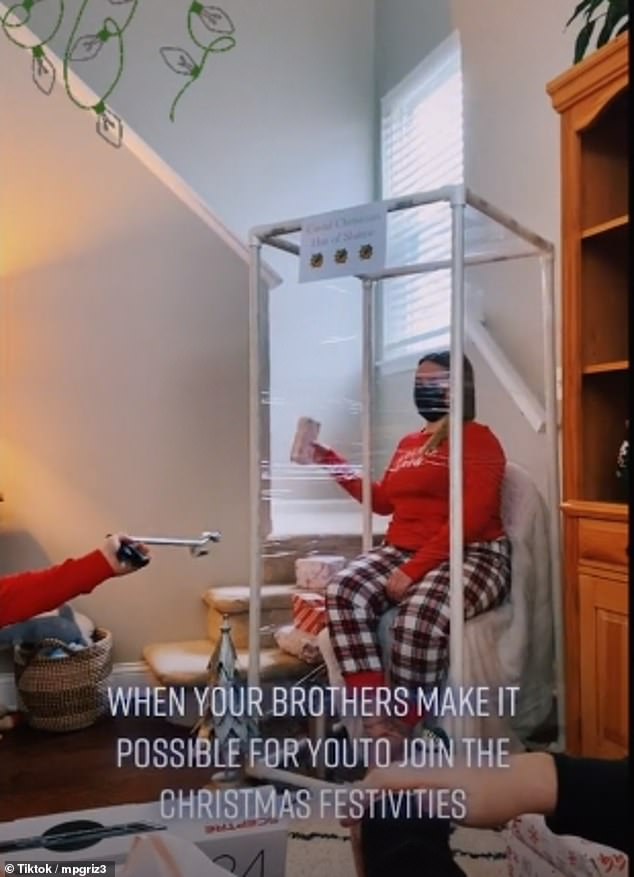 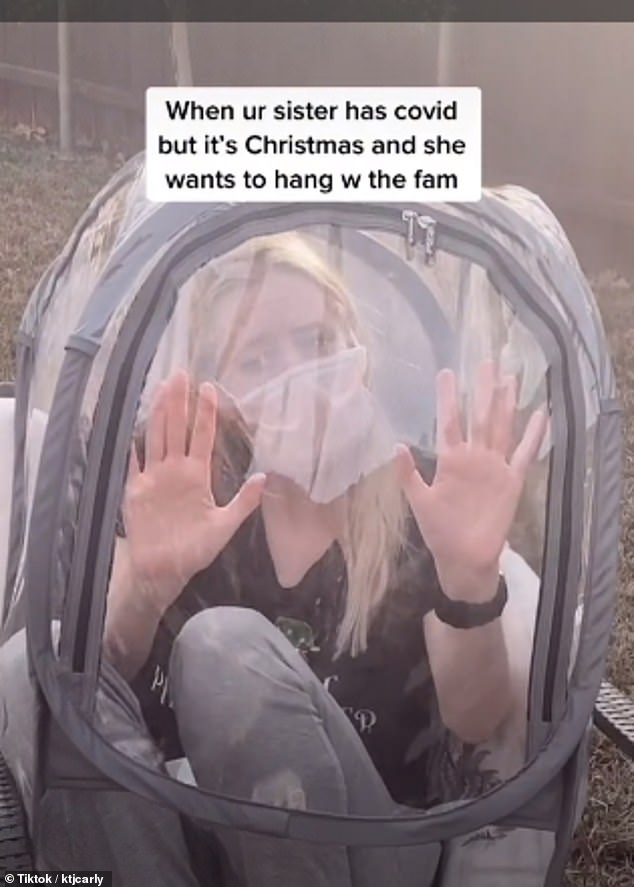 One of the most popular trends was isolating family members in boxes at events such as Christmas dinners, opening presents and other normal traditions.

In one video, Tik Toker @cristalarock was seen seated at the end of the family dinner table in isolation as she had been infected with the virus just in time for the holiday season.

Her Long Island family wanted to ensure they kept proper precautions as only immediate members were at the holiday gathering.

Another video from @mpgriz3 captured a similar scenario where a brother made his positive sister a COVID Christmas Hut of Shame, similar to the isolation box concept.

The brother was seen handing his sister gifts in the ‘hut’ using a grabber to avoid direct contact. 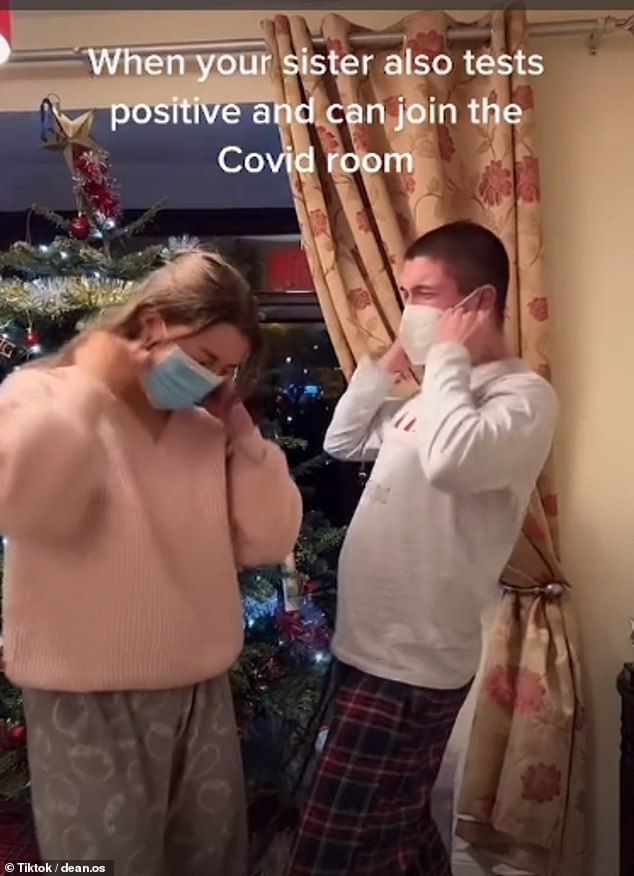 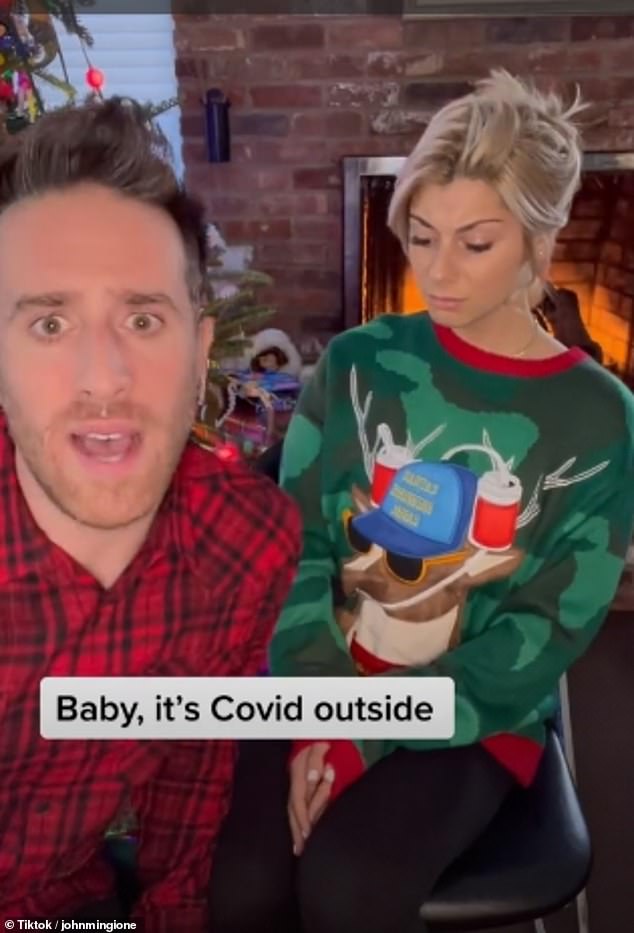 In an attempt to diffuse the situation with humor, @johnmingione created a spoof of Baby, It’s Cold Outside with Baby, it’s Covid outside

Another Tik Toker @ktjcarly captured her sister trapped in a bubble-like container wearing a mask as she sat with other members of her family.

She jokingly remarked that the girls’ father had the infected sister a bubble suit, gloves and mask as well as ensuring that she kept around fifty feet away from everyone else.

Families also kept their distance from infected members by forcing them to eat or open presents in separate rooms.

Others were forced to wear masks in their homes or keep a safe distance from family members.

Some did not include infected family members at all as they were forced to stay isolated in their bedrooms or stay at other residences.

However, everyone seemed to diffuse the situation with humor and hope for a more normal holiday season next year.

New York smashes yet another COVID record with 49,708 new cases on December 24 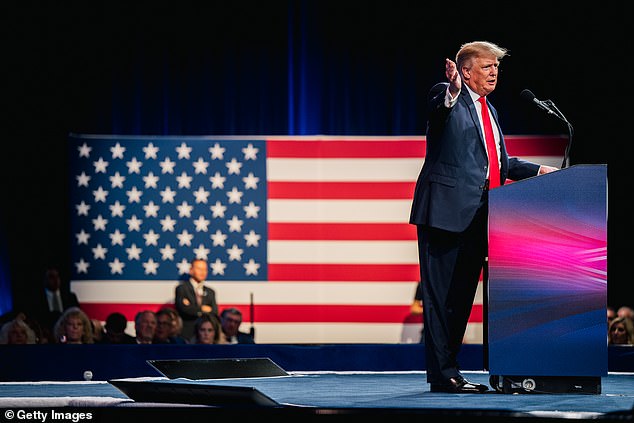 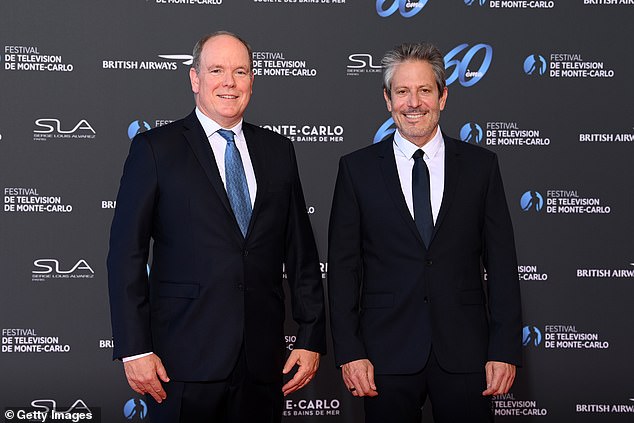 Prince Albert of Monaco appears in public without Princess Charlene 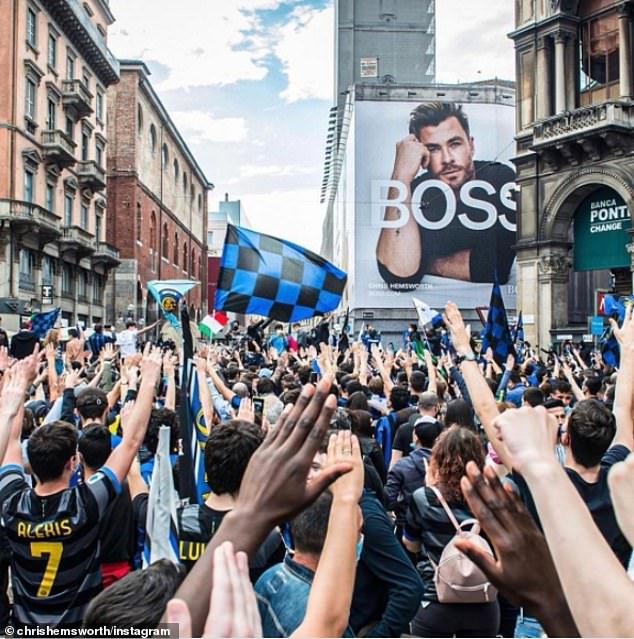 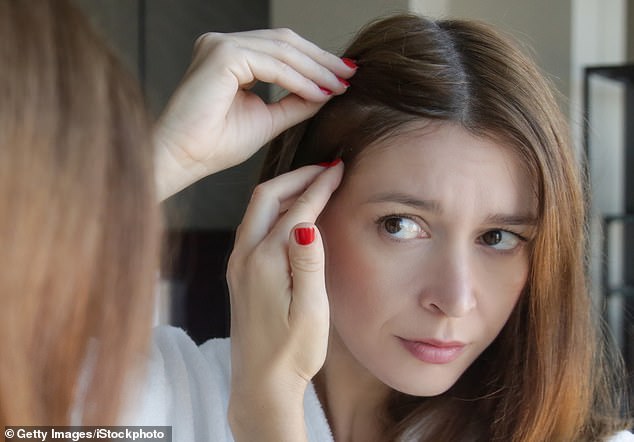 Most Famous Poker Rituals
39 mins ago

US Covid deaths increase by 13% over the past seven days with 1,953 Americans dying daily
42 mins ago

The Different Types of Blackjack Tables
50 mins ago