Australian Treasurer Josh Frydenberg announced the news today after days of one-to-one negotiations with Facebook CEO Mark Zuckerberg, painting it as a victory and saying the social media giant has agreed to do deals with publishers.

But, in return, Mr Frydenberg announced significant changes to legislation due to be passed this week which will make it much easier for Facebook to strike deals on its terms – and may mean the new laws cease to apply to the site altogether.

Ministers have also reassured Facebook that it will get to choose which news sites appear on its platform – a move that could allow the site to block companies that push for higher prices, significantly weakening their bargaining position.

The concessions will have global ramifications as the UK, EU and US all consider whether to pass similar rules, and will now find it much harder to go beyond the precedent set in Australia.

Mr Frydenberg admitted as much on Tuesday, when he said his country had become a ‘proxy battle’ for global regulation of big tech firms.

Among key changes agreed by the government is one which states the law will not apply to Facebook if the company can show a ‘significant contribution’ to Australian journalism by striking its own deals with news publishers.

If the law is going to be applied, then Facebook will be given one month’s notice – allowing the company more time to strike deals and wiggle out of regulation.

Even after the law is applied, Facebook will have a further two months to negotiate deals on its terms and will only be forced into arbitration – which would set a fixed price for news content – ‘as a last resort’.

In effect, it means arbitration is unlikely to ever be used and encourages deals to be struck ahead of time – with Mr Frydenberg telling media companies to ‘get out there and talk to Facebook’ as he announced the changes on Tuesday.

The new rules also state that Facebook is free to offer different fees to different news organisations as a result of its negotiations, and will not have to reveal the inner workings of their closely-guarded algorithms or disclose data.

The government has also given Facebook assurances that it would be free to pull news content off its site again in future, if the laws were ever applied.

Australian MPs have already voted to pass the legislation and senators are expected to add their approval Wednesday, after which the bill will become law.

Facebook’s Australian managing director, Will Easton, welcomed the changes on Tuesday, saying: ‘We’re pleased that we’ve been able to reach an agreement with the Australian government and appreciate the constructive discussions we’ve had.’

What legal changes has Australia agreed to – and what do they actually mean?

The government says: ‘A decision to designate a platform under the Code must take into account whether a digital platform has made a significant contribution to the sustainability of the Australian news industry through reaching commercial agreements with news media businesses’

What it means: Tech companies will not be affected by the new rules if they strike deals with media publishers and pay enough money

What it means: If the law is going to be applied, then tech companies will be given a month’s notice in order to strike more deals

The government says: ‘Non-differentiation provisions will not be triggered because commercial agreements resulted in different remuneration amounts or commercial outcomes that arose in the course of usual business practices’

The government says: ‘Final offer arbitration is a last resort where commercial deals cannot be reached by requiring mediation, in good faith, to occur prior to arbitration for no longer than two months’

What it means: Even after the rules are applied, tech firms will have two months to negotiate before being forced into arbitration – which will be used only ‘as a last resort’

The government says: ‘These amendments add further impetus for parties to engage in commercial negotiations outside the Code’

What it means: Publishers should do deals with Facebook now, because arbitration is unlikely to be used in practice

Australia’s new law was designed to tackle the huge power imbalance between big tech companies which dominate their markets and soak up the lion’s share of advertising revenue by forcing them to pay for the news content they host and reveal some of their closely-guarded algorithms and data.

Google and Facebook had led opposition to the changes, fearing it would create international precedent that would threaten their business models.

Initially, Google threatened to pull its search engine from Australia altogether – but backed down last week and began doing deals with media outlets.

The ban even brought down the site’s own page for a short time.

Facebook has now agreed to restore news and negotiate deals similar to the ones Google has struck, but will do so with increased bargaining power after the changes were agreed.

Google has been told about the changes and has described them as ‘sensible.’

Facebook and Google still face the prospect of having to agree deals with media around the world, as the European Union, Canada and other jurisdictions move to regulate the sector.

Since their emergence around the turn of the century, Google and Facebook have been largely unregulated and have grown into two of the world’s largest and most profitable companies.

But a string of scandals about misinformation, privacy violations, data harvesting and their virtual monopoly on online advertising has triggered the attention of watchdogs.

For every $100 spent by Australian advertisers today, $49 goes to Google and $24 to Facebook, according to the country’s competition watchdog.

Facebook last week blocked all news content in Australia in protest at the new laws, sparking international outcry and calls for tougher regulations

Critics of the law have said it is punishing successful companies and amounts to a money grab by struggling but politically connected traditional media.

They also lament that there is no requirement in the law that money gained by the media companies from Facebook and Google be spent on expanding public interest journalism rather than just boost profits.

Thousands of journalism jobs and scores of news outlets have been lost in Australia alone over the past decade as the sector watched advertising revenue flow to the digital players.

‘We will negotiate’: Facebook’s statement on the deal

‘We’re pleased that we’ve been able to reach an agreement with the Australian government and appreciate the constructive discussions we’ve had with Treasurer Frydenberg and Minister Fletcher over the past week.

‘We have consistently supported a framework that would encourage innovation and collaboration between online platforms and publishers.

‘After further discussions, we are satisfied that the Australian government has agreed to a number of changes and guarantees that address our core concerns about allowing commercial deals that recognize the value our platform provides to publishers relative to the value we receive from them.

‘As a result of these changes, we can now work to further our investment in public interest journalism and restore news on Facebook for Australians in the coming days.’

David Cicilline, a Democrat politician from Rhode Island in the US, even went so far as to say ‘Facebook is not compatible with democracy’ as users were also urged to give up Instagram and WhatsApp because Facebook owns them.

British MP Julian Knight said Facebook appeared to be using Australia as a ‘test case’ for how democracies would react to having news banned, and called for legislators around the world to bring the tech giant ‘to heel’.

Among those urging users to delete the app was Stephen Scheeler, former Facebook Australia CEO, who slammed the ‘alarming’ move and accused Mark Zuckerberg of being motivated by ‘money, power, and not [by the] good.’

Critics also said Facebook’s ban would lead to the proliferation of conspiracy theories and misinformation – which the platform claims to be tackling.

The ban appeared rushed and spectacularly botched – as it brought health services providing Covid information, charities, food banks, and even Facebook’s own homepage.

Instead of seeing posts from the social media giant, users clicking on its own Facebook page were instead met with a message saying ‘no posts yet’.

In a spectacular case of buck-passing, Facebook then attempted to blame the errors on the Australian government, saying it mirrors the ‘broad and vague’ definition of ‘news’ in its new law.

Facebook and Google still face the prospect of having to agree deals with media around the world, as the European Union, Canada and other jurisdictions move to regulate the sector.

Since their emergence around the turn of the century, the tech platforms have been largely unregulated and have grown into two of the world’s largest and most profitable companies.

But a string of scandals about misinformation, privacy violations, data harvesting and their virtual monopoly on online advertising has triggered the attention of watchdogs.

Mr Frydenberg and Communications Minister Paul Fletcher drew up Australia’s law after a three-year inquiry by Australia’s competition regulator, the ACCC, which  found Google and Facebook have ‘an imbalance in bargaining power’ when dealing with news companies.

The code was intended to apply to Facebook NewsFeed and Google Search – but other services such as Instagram and YouTube can be added if a bargaining power imbalance arises.

In addition to payment for content, the measures would also force transparency around the closely guarded algorithms that tech firms use to rank content.

The code will require Google and Facebook to give publishers 14 days notice of any algorithm changes that are likely to have a significant impact on their traffic.

Under a two-way value model, the payment for content would take into account the value that Google and Facebook provide to news organisations by driving traffic to their sites. 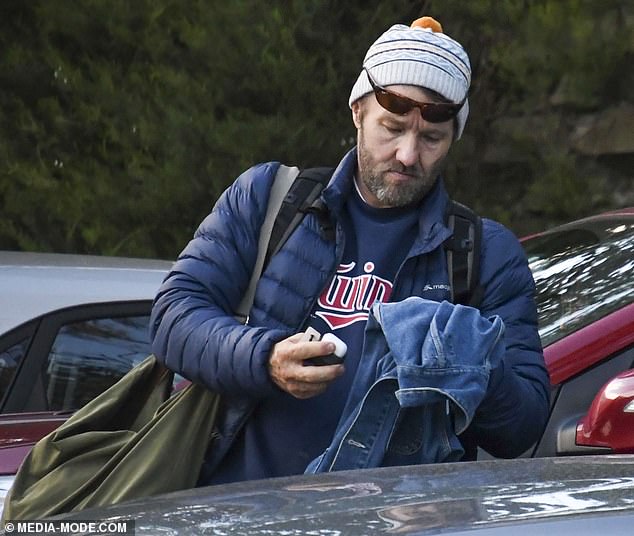 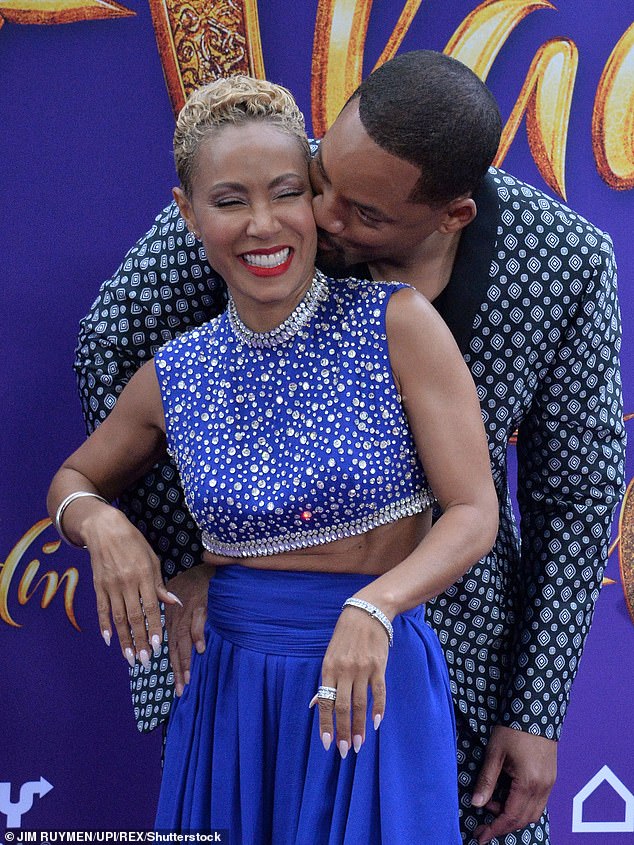 Will Smith details his ‘raging jealousy’ toward Tupac Shakur, desire for a HAREM in tell-all memoir 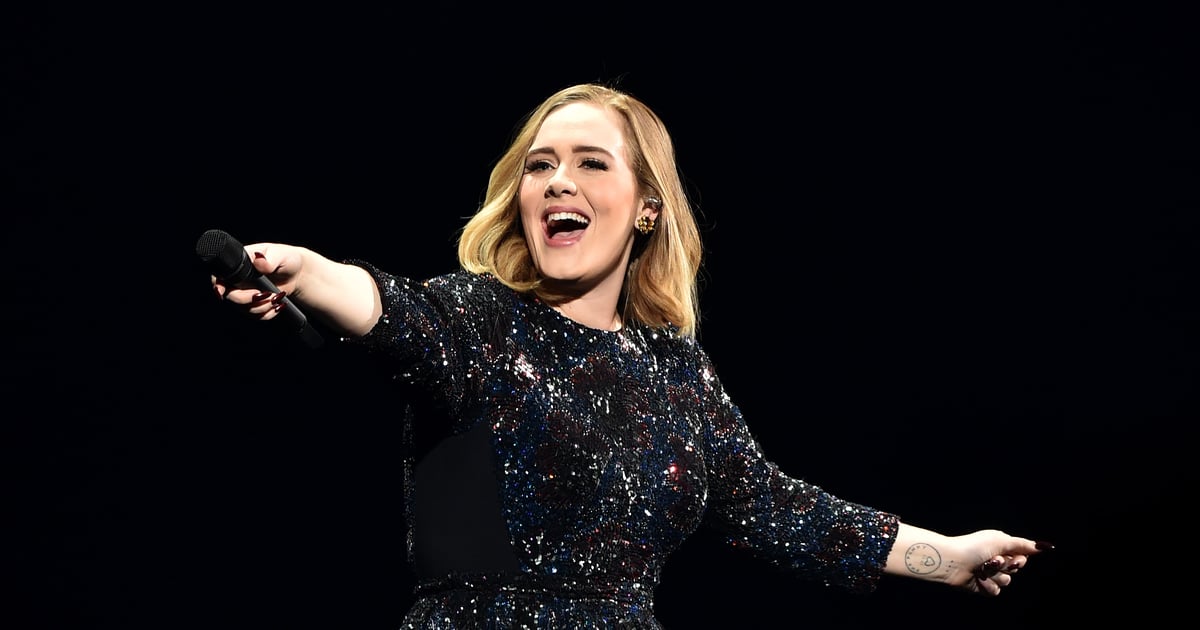 Adele Is Giving Us a TV Concert Special and an Oprah Interview in One Night — We Can’t Wait! 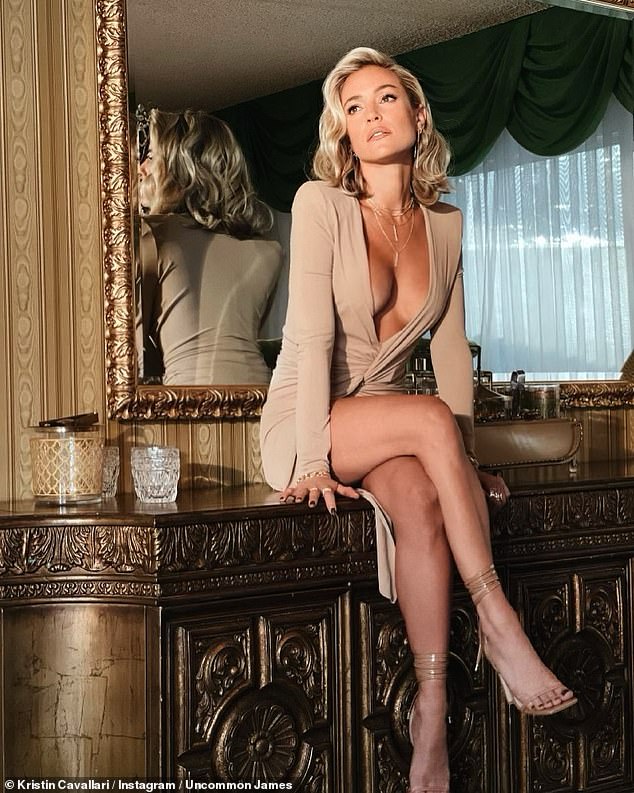 May 25, 2021
Check Also
Close
Recent Stories
Featured Posts
Mother, 29, and her girlfriend, 34, are charged over death of nine-year-old found in Oregon woods
5 mins ago

Kamala’s staff are leaving because they are burned out