The model, 30, looked every inch the style icon as she showcased her slim arms in a chic dark blue vest and matching slacks.

Back on the fashion scene: Emily Ratajkowski looked stunning as always at the Tory Burch fashion show during New York Fashion Week

The appearance came just days after the supermodel returned to the runway for the first time since the birth of her son back in March.

The I Feel Pretty actress looked incredible as she put her post-baby body on display, just six months after giving birth to her first child.

The Savage X Fenty vol. 3 show will premiere on Amazon Prime on September 24. 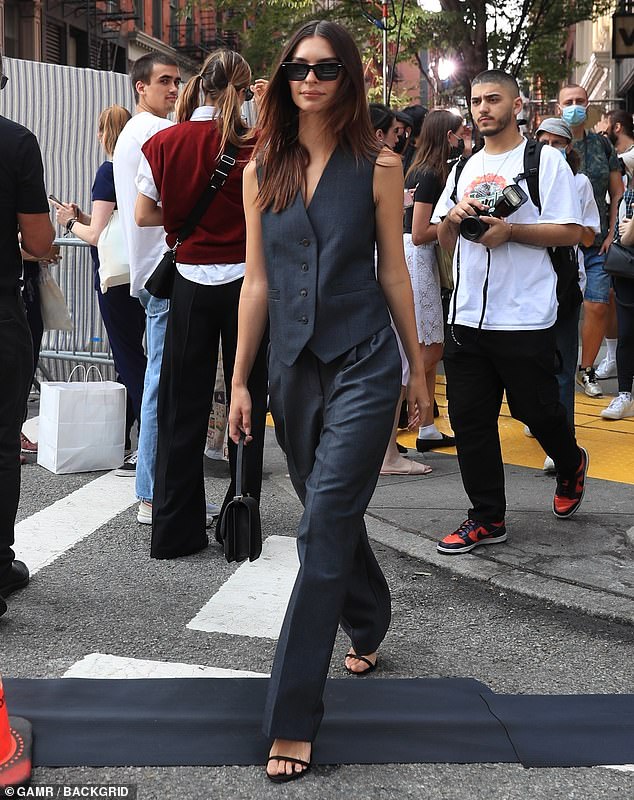 Business chic: The model, 30, wore a dark blue vest and matching slacks. She didn’t wear a shirt underneath the vest which showed onlookers her slim arms 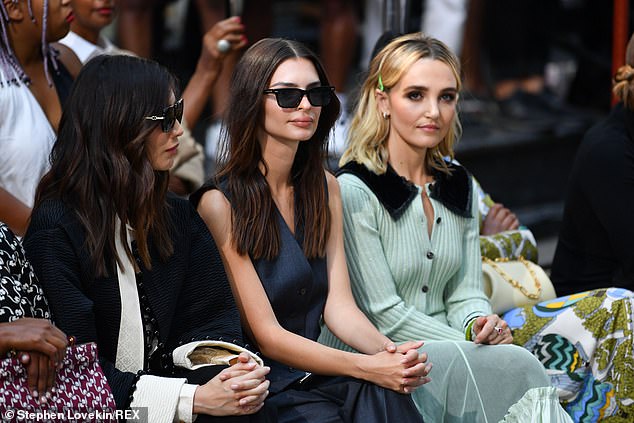 Live from New York: Ratajkowski sat next to SNL featured player Chloe Fineman during the event 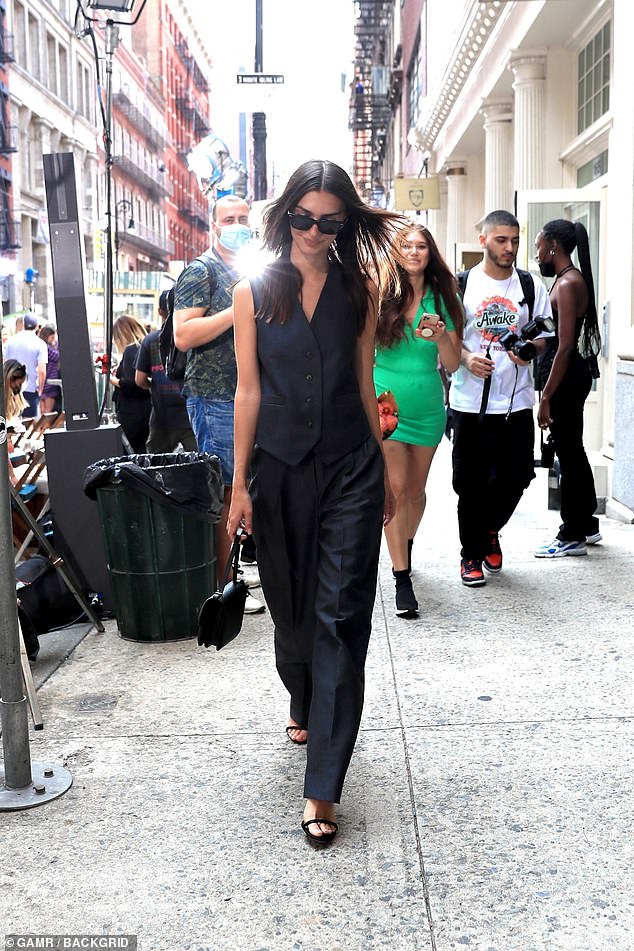 While she is getting back to work, Ratajkowski is taking her new role as a mother very seriously.

Her son, Sylvester Apollo Bear, was born on March 8 of this year. She shares him with her husband, actor and producer Sebastian Bear-McClard.

The We Are Your Friends actress isn’t taking any guff about her parenting style either. 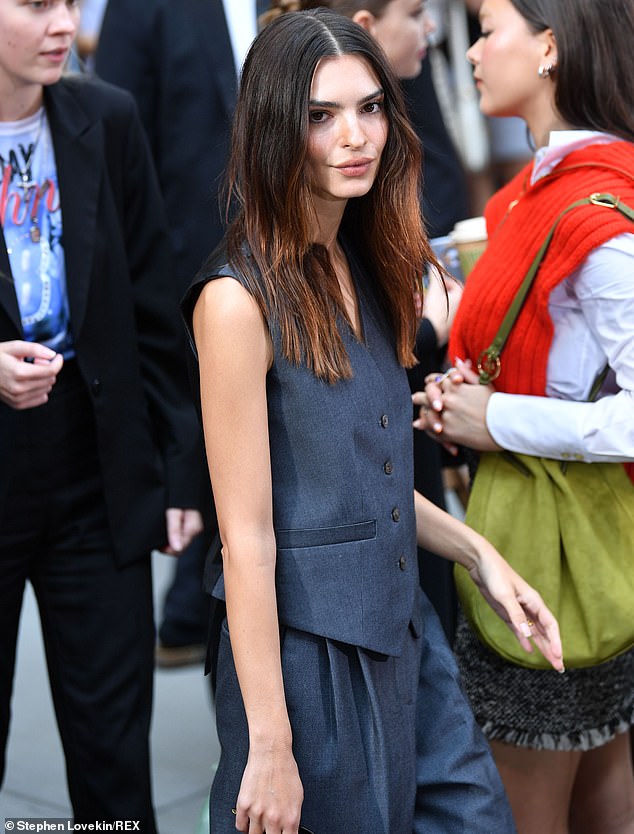 An adult event: Sylvester Apollo Bear, born March 8 of this year, did not attend the event and Ratajkowski’s husband, Sebastian Bear-McClard, was also not at the event 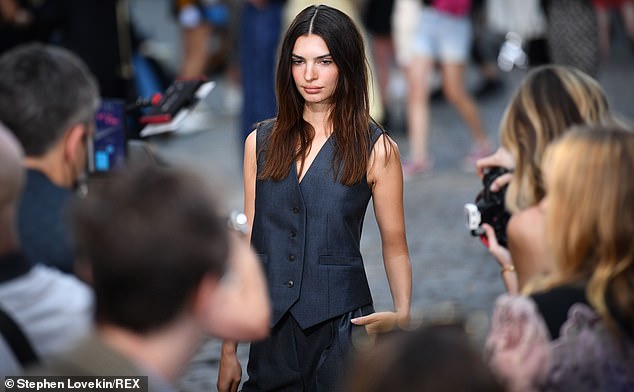 A dedicated mother: While she is getting back to work, Ratajkowski is taking her new role as a mother very seriously

When photos of the star holding her baby were posted on Instagram, many people quickly criticized Ratajkowski for the way she was holding the baby.

In response to the criticism, she compared herself to Britney Spears, who was also mom shamed during the 2000s.

‘We are all reflecting back on shaming Britney and calling her a bad mom when she drove with her baby in her lap.

‘We talk about how we have to “do better” as a culture. Meanwhile my comments are filled with awful remarks about how I don’t deserve to be a mom. Shame on you all.’ 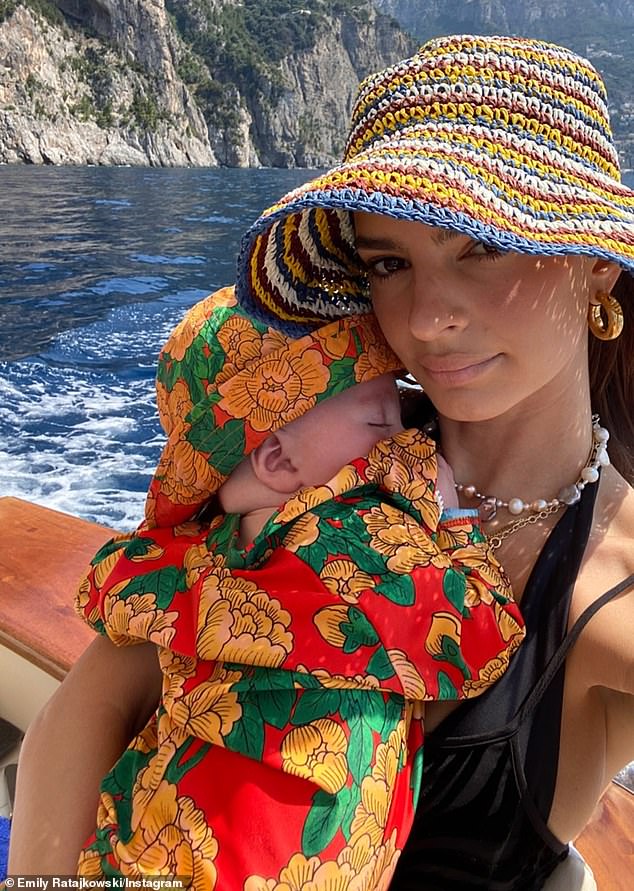 Don’t go after this mother: The Gone Girl actress clapped back at fans after they criticized her for the way she was holding her son 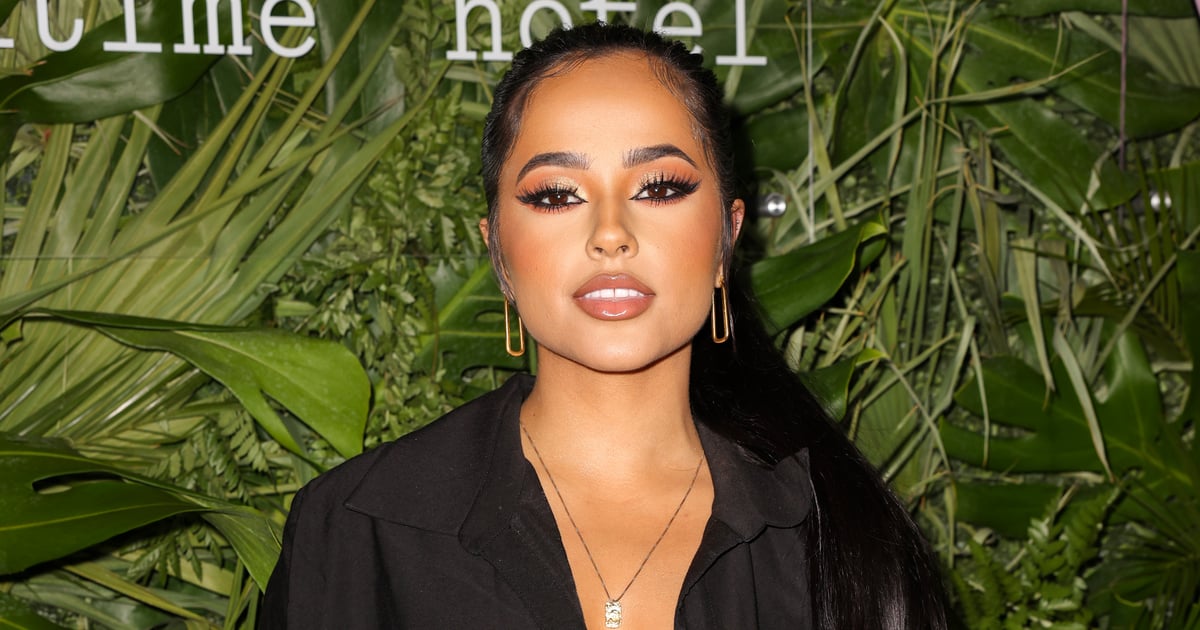 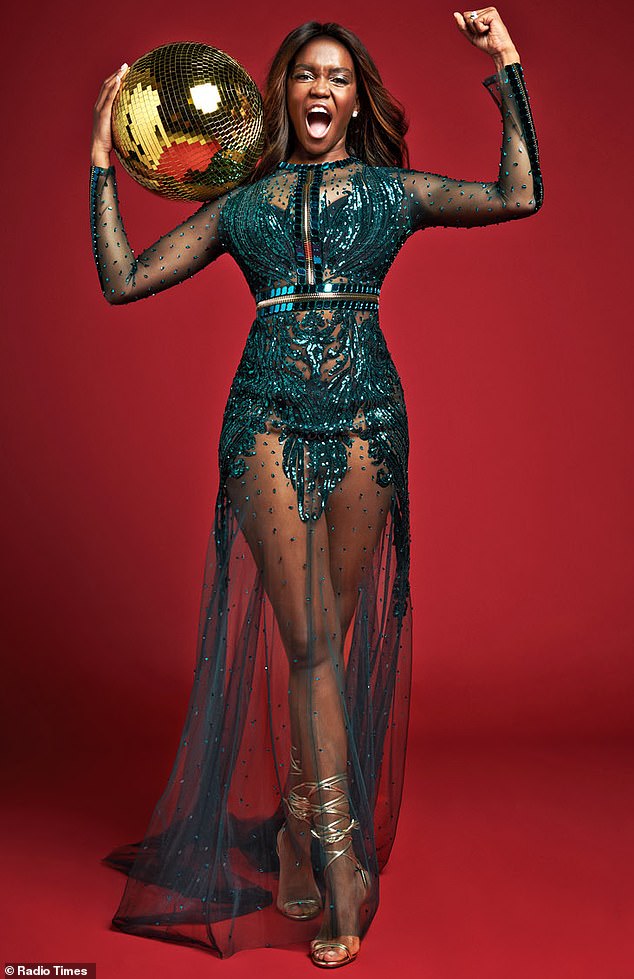 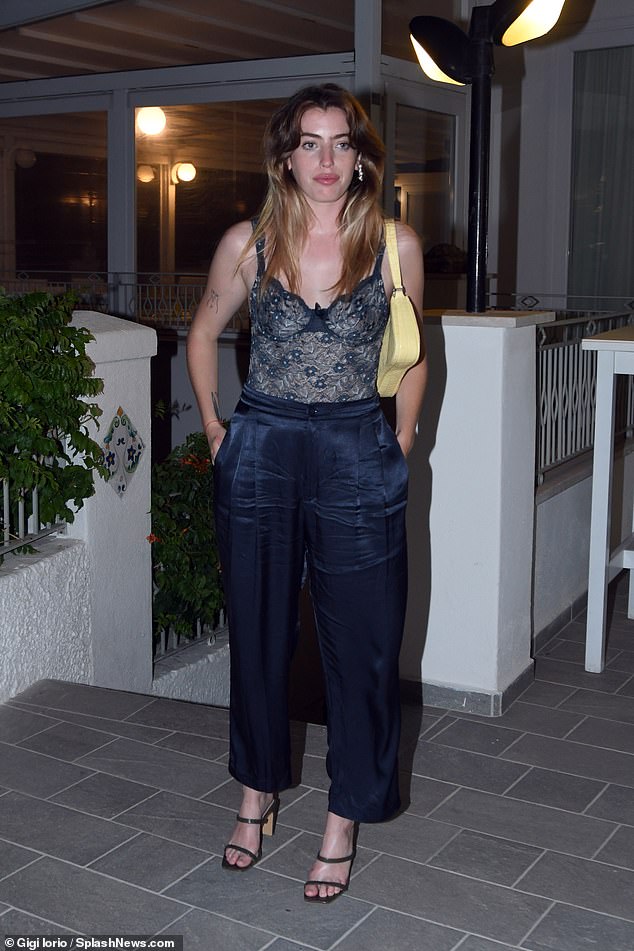 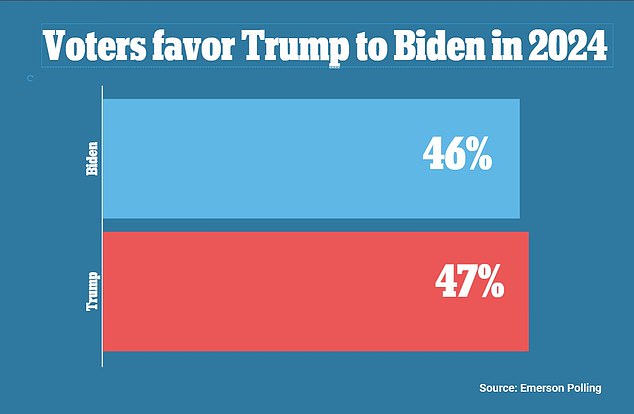