With its manicured lawns and gently swaying palms, Harvard-Westlake is the school of choice for the children of Hollywood’s elite.

Lily Collins, the actress daughter of Phil Collins, went there, as did Lily Sheen, the daughter of actors Kate Beckinsale and Michael Sheen.

But in recent months, the £31,000-a-year institution has become a hotbed of controversy – the centre of what one parent, the mother of a teenage boy, described as ‘wokeness gone mad’.

For in the months since the death of George Floyd sparked protests across America, HW has introduced a Diversity, Equality and Inclusion (DEI) programme so strident that it has left many parents outraged.

In recent months, the £31,000-a-year institution Harvard-Westlake has become a hotbed of controversy – the centre of what one parent, the mother of a teenage boy, described as ‘wokeness gone mad’

‘The school always had a robust attitude towards diversity – heck, that’s why I chose to send my child there,’ said the mother, a successful executive in the entertainment industry.

‘But the pendulum has now swung so far that my son came home the other day and said he was ‘bad’ because he is white and that makes him racist and an oppressor. It’s nuts. I don’t want them teaching my son he’s a racist.’

There is even a new term for what is going on in this and many other schools in liberal Hollywood: woke weaning. That is to say that children are being groomed in wokeness.

This is, after all, ‘the new world we live in, where if you can’t speak the language of ‘woke’ you won’t get into the college you want or get the job you want,’ explained the mother, who did not want to be named.

‘There is a growing group of parents who are desperately unhappy with how things are going. But we talk in secret.

‘I’d rather be called a murderer in Hollywood than a racist. OJ Simpson got off but if I was branded a racist I’d lose everything.’

Shakespeare is still on the curriculum at Harvard-Westlake, but only just. Students are now encouraged to ‘remain true to their best selves when faced with the external and internal pressures’ within the dramatist’s work, as if he were a figure of controversy or suspicion.

‘I have no problem with the school introducing more diversity into the curriculum but our children are being taught there’s something wrong with Shakespeare because he’s an old white man,’ the mother said.

‘I marched in the Black Lives Matter protests last summer but I have a problem with teachers telling my son that America is a bad country and that, because he is white, he is, by definition, a racist.’

This reaction against ‘white privilege’ is not only extreme, it’s spreading rapidly across Democrat-voting coastal America. 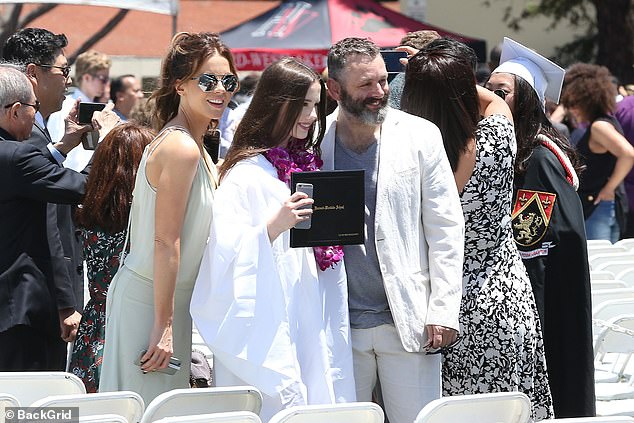 According to a whistleblower, teachers attended an online training course by ‘critical race theorist’ Bettina Love, who declared: ‘Racism runs deep in America and blacks alone know who America really is.’

Ms Love claimed that schools ‘don’t see blacks as human’, perpetuate ‘anti-blackness’ and ‘spirit murder’ black pupils – where the psychological effects of racism humiliates and robs its victims of their dignity.

Scores of Californian schools have now banned traditional ‘white’ texts such as To Kill A Mockingbird and Little Women in favour of literature with titles such as Stamped, Racism, Antiracism And You, and Yaqui Delgado Wants To Kick Your Ass.

Physics classes no longer refer to Newton’s laws – instead they are called ‘the three fundamental laws of physics’.

A father at Harvard-Westlake said: ‘They say it’s because there is a need to acknowledge there’s more than just Newton in physics. But where does this craziness end?’

The father, an executive at a major Hollywood studio, added: ‘History classes used to be about the Treaty of Versailles and how that led to the Second World War.

‘I have no objection to any of that, but children are not getting the basic grounding. Worse, they are being fed a diet of Left-wing nonsense which isn’t preparing them for reality.

‘It makes me wonder why I’m spending nearly $50,000 a year to have them indoctrinated against me?’

The hypocrisy of elite schools swinging so radically to the Left is lost on no one. Harvard-Westlake is building a new £29 million athletics complex and constantly taps up parents for money, according to an insider.

Last year, the school’s Heritage Circle – parents who donated £72,000 or more – included the actor Will Ferrell. ‘These kids are the most privileged of the privileged,’ the source continued. 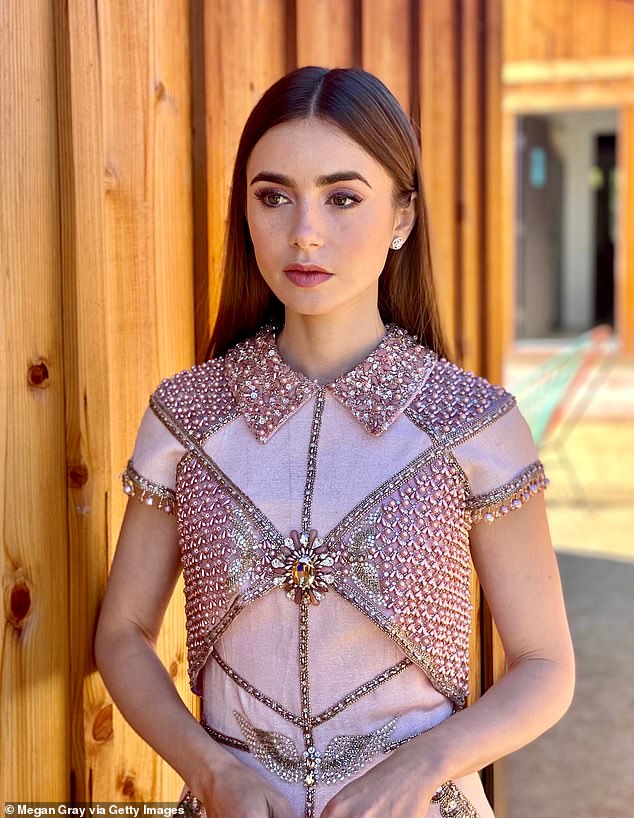 Lily Collins (pictured), the actress daughter of Phil Collins, went there, as did Lily Sheen, the daughter of actors Kate Beckinsale and Michael Sheen

‘There is wonderful diversity at the school. A lot of the black and Asian kids have parents who are prominent in Hollywood and rock up to the school gates in their new Bentleys and Teslas.

Our children are being fed a constant diet of ‘America is bad, capitalism is bad’ and yet the school constantly taps us up for money.

Tuition is £31,000 but that’s just for starters. By the time you add in extra-curricular activities, donations and trips, you can add at least another £15,000.

‘Where does the school think that money is coming from if not successful capitalism?’

Harvard-Westlake has not responded publicly to the criticism but the school website makes its position abundantly clear.

There is an entire section dedicated to Diversity, Equity and Inclusion policies and a DEI Alumni Advisory Council, whose members include former pupil Matt Sayles, a photographer favoured by Prince Harry and Meghan Markle.

The school’s in-house newspaper, The Chronicle, published an open letter from student Thomas Schramm to former New York Times reporter Bari Weiss, who dared to published an article critical of ‘wokeism’ in US private schools, including Harvard-Westlake.

Schramm wrote: ‘I serve as a member of the Prefect Council at HW, our student government, and have been watching the school’s activism from the front lines.

‘The school has made encouraging dialogue its principal focus, and through its anti-racism speakers such as Wes Moore (a prominent black activist), they have made ‘courageous conversations’ possible among students.

‘The goal of their revamped curriculum, school-wide events and anti-racist commitment is not to indoctrinate students. It’s to provide spaces for conversations that would never have been possible a year ago.’

Disgruntled parents have not been reassured by such statements and have an Instagram page called Wokeathw, which has inevitably attracted criticism from some students.

The mother of a pupil at another school in Hollywood said that minority students were being encouraged to gather separately from white pupils.

‘My daughter – who doesn’t have a racist bone in her body and who was colour-blind until her school started making every conversation about race – came home and said black and Asian kids are being encouraged to gather in ‘safe’ groups during breaks and lunch.

‘It’s insane. By introducing this we are going back to the era of segregation. A proper, balanced discussion on racism is one thing but race has become weaponised in our schools. It’s not good for the children. It’s confusing and frightening for them. 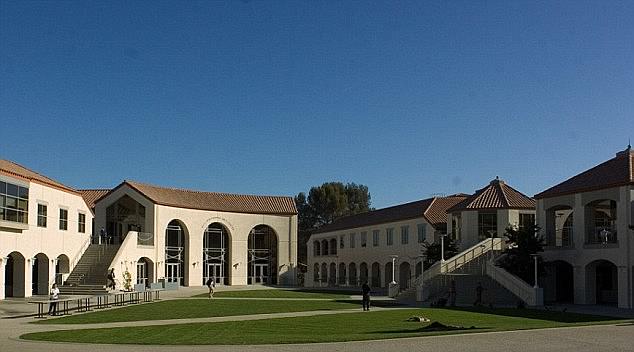 The school’s in-house newspaper, The Chronicle, published an open letter from student Thomas Schramm to former New York Times reporter Bari Weiss, who dared to published an article critical of ‘wokeism’ in US private schools, including Harvard-Westlake (pictured)

‘My daughter said, ‘Mummy, if I’m a racist does that mean no one will want to come to my birthday party?’ She’s being educated in fear and that’s a very dangerous path to go down.

‘She goes to one of the most expensive schools in LA but the black pupils there are being taught to see themselves as victims.

‘They are being told they are oppressed but they are living the most elite, charmed lives ever. Can that be good for them? There is something fundamentally wrong with the way things are going, and if it’s happening in Hollywood today it will be happening elsewhere tomorrow.’

It already is. Just last week, Paul Rossi, a maths teacher at the £41,000-a-year Grace Church High School in New York, hit out publicly saying: ‘My school is asking me to embrace ‘anti-racism’ training and pedagogy that I believe is deeply harmful to pupils and to any person who seeks to nurture the virtues of curiosity, empathy and understanding.

‘Antiracist’ training sounds righteous, but it is the opposite of truth. It requires teachers like myself to treat students differently on the basis of race.

‘My school, like so many others, induces students via shame and sophistry to identify primarily with their race before their individual identities are fully formed.

‘Students are pressured to conform their opinions to those broadly associated with their race and gender and to minimise or dismiss individual experiences that don’t match those assumptions. The morally compromised status of ‘oppressor’ is assigned to one group of students based on their immutable characteristics.

‘In the meantime, dependency, resentment and moral superiority are cultivated in students considered ‘oppressed’.

‘Students from low-income families experience culture shock at our school. Racist incidents happen. And bias can influence relationships. All true. But addressing such problems with a call to ‘undo history’ lacks any kind of limiting principle and pairs any allegation of bigotry with a priori guilt.’

A school spokesman said that Mr Rossi would not be fired but, in a letter to parents, head teacher George Davison said he was ‘disappointed’ that Mr Rossi had chosen to air his complaints in public.

Meanwhile, the madness continues. Mr Rossi’s school recently published a 12-page ‘Grace Inclusive Language Guide’ suggesting that phrases such as ‘Mum and Dad’ and ‘boys and girls’ should be avoided to make the campus more inclusive. It read: ‘While we recognise hateful language that promotes racism, misogyny, homophobia and other forms of discrimination are already addressed in our school handbooks, we also recognise that we can do more than ban hateful language; we can use language to create welcoming and inclusive spaces.

‘Instead of ‘boys and girls’, ‘guys’, ‘ladies and gentlemen’, at Grace we say ‘People, folks, friends, readers, mathematicians…’

Parents were told not to use the phrase ‘hermaphrodite’. Instead, ‘intersex’ is the appropriate word for someone born with ambiguous genitalia. ‘Transexual/Transvestite/Crossdresser’ are also banned by the school as ‘outdated terms to refer to what is now incorporated under the umbrella of transgender’.

Some families have started to hit back.

The group, which is active in 18 states, is petitioning school governors and local boards of education to redress the swing to the identity-obsessed Left.

‘We’ve reached a very dangerous point in the United States where we have the First Amendment [which guarantees freedom of speech] yet people are terrified to speak up,’ Dr Fishbein added. ‘We want fact-based teaching and support teachers who oppose the coercion to indoctrinate students.’

For now, dissent rumbles on at Harvard-Westlake, even as its students enjoy their privileged access to all that Hollywood has to offer. Recent speakers there have included no less a figure than Oscar-nominated actress Angela Bassett, who spoke about her role in the blockbuster Black Panther, of course.

‘It’s a great school,’ said the mother. ‘Our children were happy there until all this woke madness started. ‘We just want the school to hear us and pull the pendulum back.’ 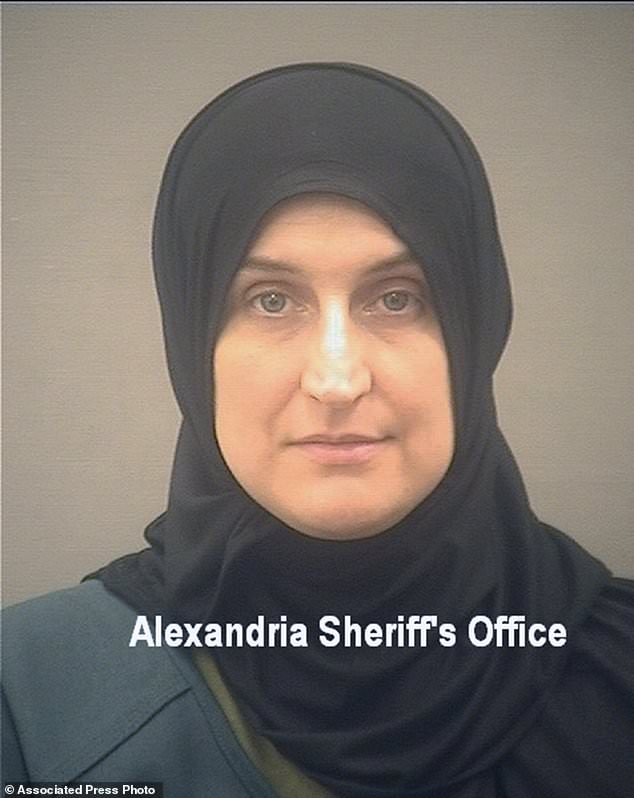 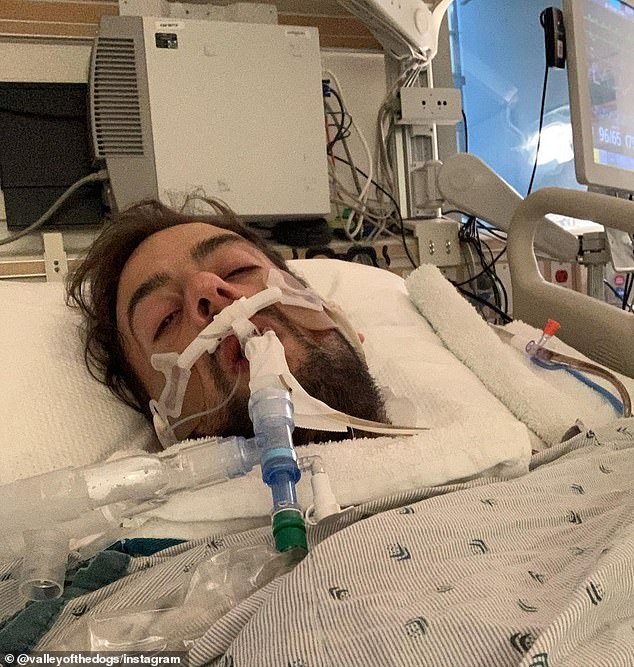 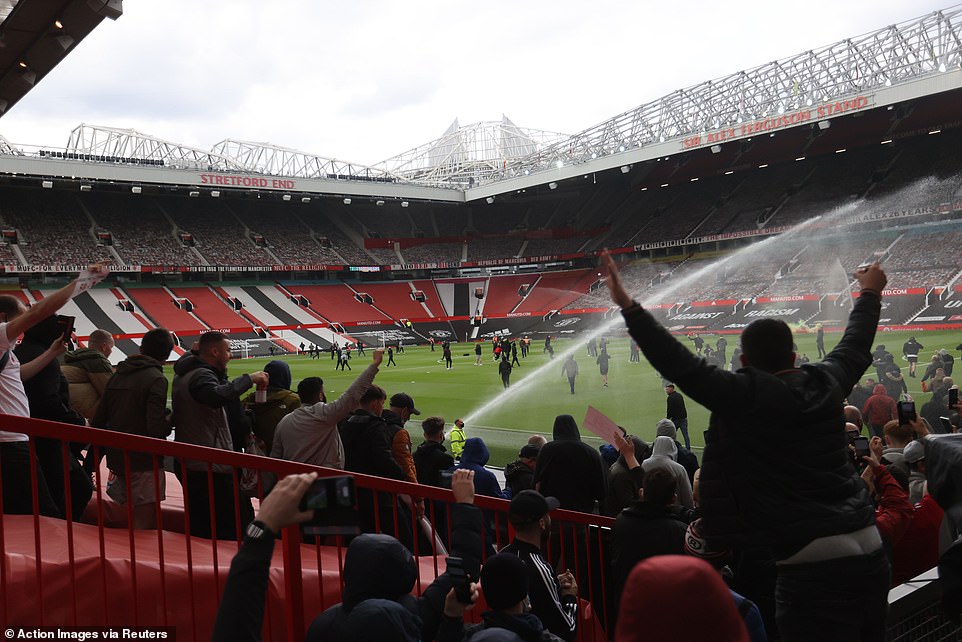