Dozens of mammals including horses, dolphins and goats could be infected with SARS-CoV-2, the virus that causes Covid-19, a new study reveals.

Chinese researchers analysed animal cells in the lab to determine which had the ACE2 receptors that facilitate an infection.

ACE2 receptors have a shape that matches the outside of the coronavirus, effectively providing it with a doorway into the bloodstream.

The team’s results reveal 44 mammal species other than humans – including pets, livestock and animals found in zoos and aquariums – had the ACE2 receptor.

Among them were gorillas, sperm whales, rhinos, horses, cats, goats, hamsters, cattle, giant pandas and leopards – all of which may be able to become infected with coronavirus, the experts say.

Dozens of mammals including horses, dolphins, goats and even rhinos could be infected with SARS-CoV-2, the study published in PNAS reveals

The study suggests that coronavirus might be much more widely distributed than previously thought.

‘We found that SARS-CoV-2 has the potential to infect a broad range of mammalian hosts, including domestic animals, pets, livestock, and animals commonly found in zoos and aquaria,’ the authors say.

‘Those species may be at risk for human-to-animal or animal-to-animal transmissions of SARS-CoV-2.

‘Our study highlights the importance of banning illegal wildlife trade and consumption, and enforcing the importance of surveilling animals in close contact with humans as potential zoonotic reservoirs to prevent outbreaks in the future.’

Bats (Rhinolophus affinis) are widely thought to be the natural zoonotic reservoir for SARS-CoV-2. 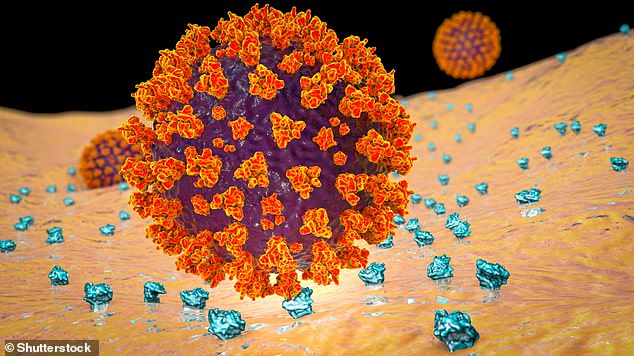 Illustration of SARS-CoV-2 virus binding to ACE2 receptors on a human cell, the initial stage of COVID-19 infection

However, the host range of SARS-CoV-2 and ‘intermediate hosts that facilitate its transmission to humans remain unknown’, the experts warn.

In total, five animals did not seen to have ACE2 receptors – marmosets, koalas, mice, squirrel monkeys and tufted capuchin, a hairy brown primate from South America.

The researchers warn their findings are based on cells cultures in a lab, and not real-world experiments.

But their results, published in PNAS, are consistent with recent findings that ferrets, cats, dogs and some monkeys are susceptible to infection. 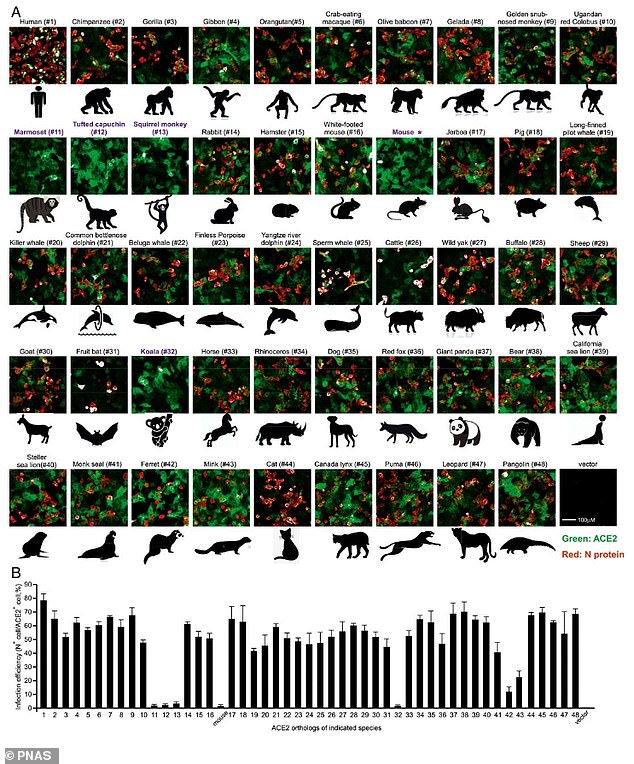 Image from the new research paper shows the 50 mammals analysed for ACE2 receptors, including humans. Five – marmosets, koalas, mice, squirrel monkeys and tufted capuchin –  did not seen to have these receptors

Researchers from the University College London (UCL) have already found that animals in zoos and on the farm can also be infected with the coronavirus.

A total of 28 species were identified as being vulnerable to SARS-CoV-2, including squirrel, cow, sheep, donkey, ferret, polar bear, panda and wild yak, as part of their study.

A pet cat became the first animal in the UK to be diagnosed with Covid-19, it was revealed in July 2020.

Officials said the cat – which wasn’t identified but lived in England – caught coronavirus from its owners and ‘not the other way round’.

Downing Street said the feline suffered from nasal discharge and some shortness of breath, a symptom that also strikes humans.

Experts have generally reiterated since the pandemic began that domestic cats don’t carry the virus to humans.

There have been a small number of cases of cats having Covid-19 around the world, but in those instances it was likely the humans had infected the cats, according to the British Veterinary Association (BVA).

The fact that cats can carry the coronavirus on their fur makes them as much as a risk to humans as other high-contact physical objects like doorknobs, the BVA said.

Last month, British researchers warned that common UK garden animals like hedgehogs, rabbits and even the domestic cat have the potential to harbour new strains of coronavirus.

The team from the University of Liverpool used machine learning to predict associations between 411 strains of coronavirus and 876 potential mammal host species.

Their machine learning model integrated characteristics extracted from genomes, such as protein structure, as well as ecological and other traits.

The results ‘implicated’ the common hedgehog, the European rabbit and the domestic cat as predicted hosts for new strains.

Amongst the ‘highest priority’ is the lesser Asiatic yellow bat (Scotophilus kuhlii), a known coronavirus host that’s common in east Asia but not well studied.

SARS-CoV-2 appears to be a recent mix, or genetic recombination, of coronaviruses.

Evidence already suggests SARS-CoV-2 originated in horseshoe bats, although it’s likely the virus passed to humans through pangolins, a scaly mammal often confused for a reptile.

Marine mammals such as whales and dolphins are at risk of catching the coronavirus from human wastewater, according to a study published last year.

Wild animals such as lions, tigers and apes could catch Covid-19 from humans and act as ‘reservoirs’

Covid-19 has killed more than one million people worldwide and experts warn that it could become a ‘multi-species’ pandemic unless humans are careful not to infect wild animals.

Researchers have again found that the strain of coronavirus which causes Covid-19, called SARS-CoV-2, can infect many animal species and not just humans.

While the biggest threat is to animals which come into close contact with humans, such as pets, there is also a transmission risk for wild animals, including lions, tigers and apes.

And experts warn that if animals do become widely infected, they can act as reservoirs for the disease, leading to future reinfection and repeat outbreaks.

Separate research, published earlier this week, found at least 28 mammal species that come into regular close contact with humans can catch the virus. 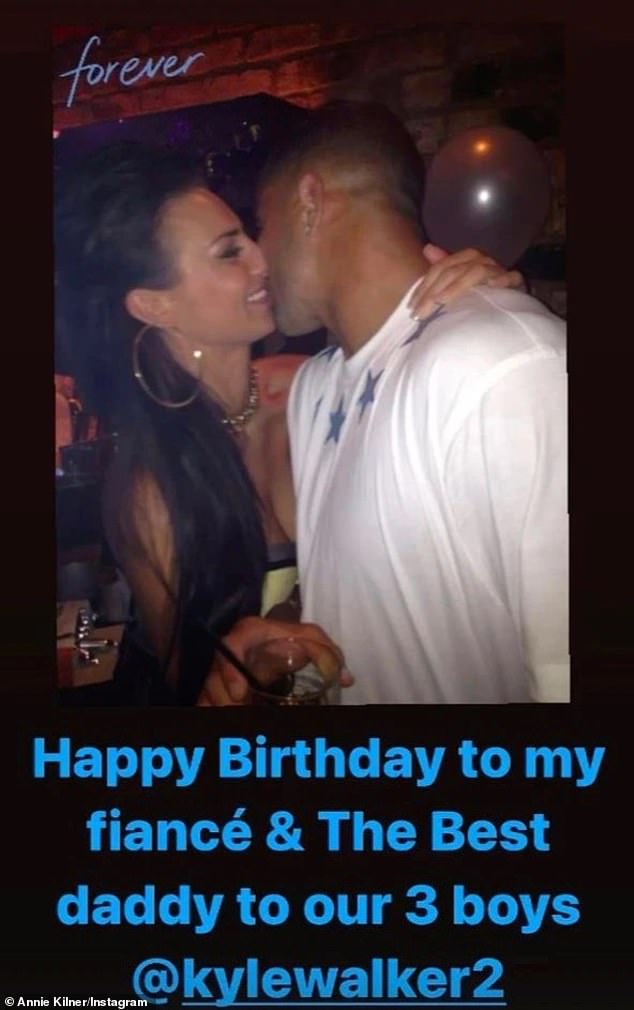 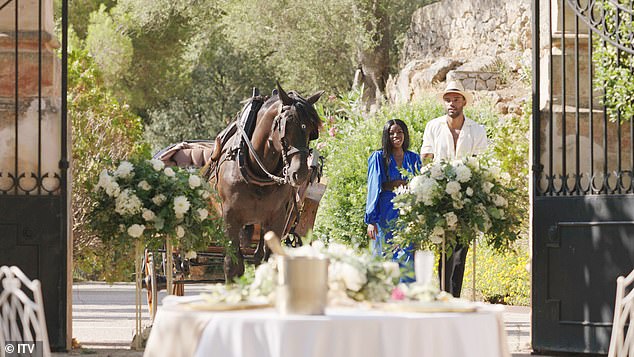 Love Island: Kaz and Tyler discuss the pressure to move from ‘exclusive’ to boyfriend and girlfriend 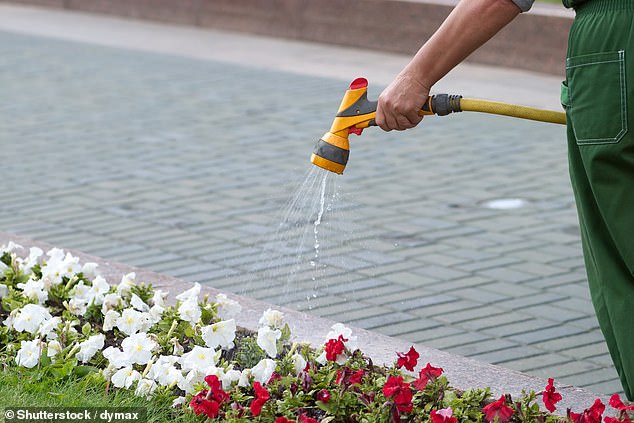 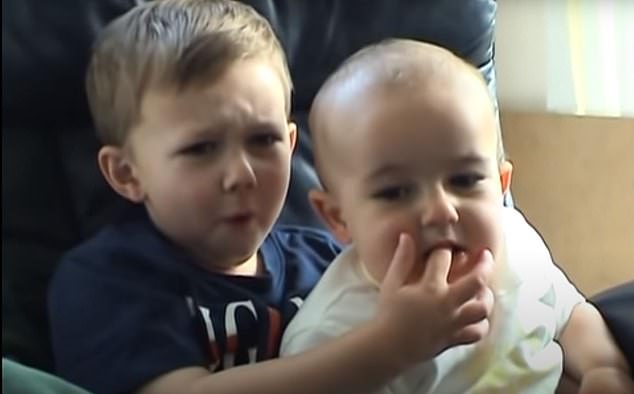 May 28, 2021
Check Also
Close
Recent Stories
Featured Posts
At least 60,000 Americans could die of Covid by the time Omicron variant
21 mins ago