Don Trump Jr has issued a fundraising appeal asking for donations to support his father’s class-action lawsuit against Facebook, Twitter and Google.

‘Guys my dad is suing big tech!!!’ Trump Jr wrote in a post Thursday on Telegram, an alternative social media platform. He added: ‘you can click to link to donate to his PAC to help out!!!’

The link directs supporters to a joint fundraising page for the Save America PAC and Make America Great Again PAC, which asks potential donors: ‘Will you stand with President Trump and support him in this fight?’

Trump Jr’s fundraising appeal was largely met with supportive comments on his Telegram channel, with many vowing to donate and questions about how to join the class-action suit.

Don Trump Jr has issued a fundraising appeal asking for donations to support his father’s class-action lawsuit against Facebook, Twitter and Google 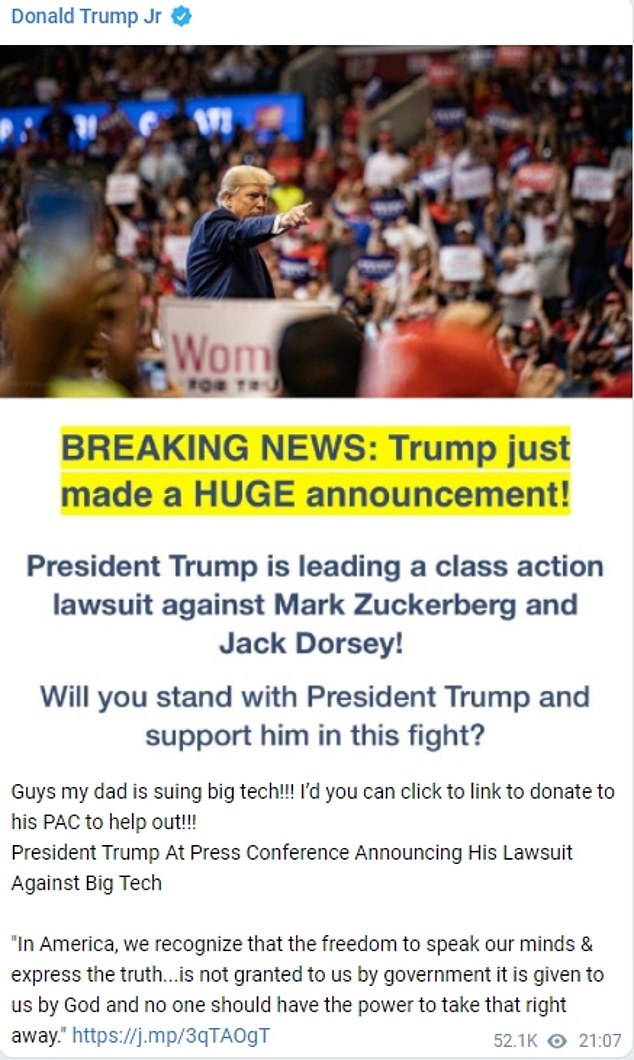 ‘I have prayed for this to happen since back in February when Facebook permanently deleted my 17 year account!’ one person commented.

Some replies were harshly critical of the fundraising appeal, however, calling Trump Jr a ‘grifter’.

‘Your dad is a billionaire, why does he need our money?’ one person asked.

Trump announced his action against Facebook, Twitter and Google’s YouTube, along with their CEOs Mark Zuckerberg, Jack Dorsey and Sundar Pichai, at a press conference Wednesday in New Jersey, where he demanded that his accounts be reinstated.

The suit claims that Trump and other conservatives have been wrongfully censored. But legal experts say the suits are likely doomed to fail, given existing precedent and legal protections.

Trump has been suspended from the platforms since January, when his followers violently stormed the Capitol building, trying to block Congress from certifying Joe Biden’s presidential win. 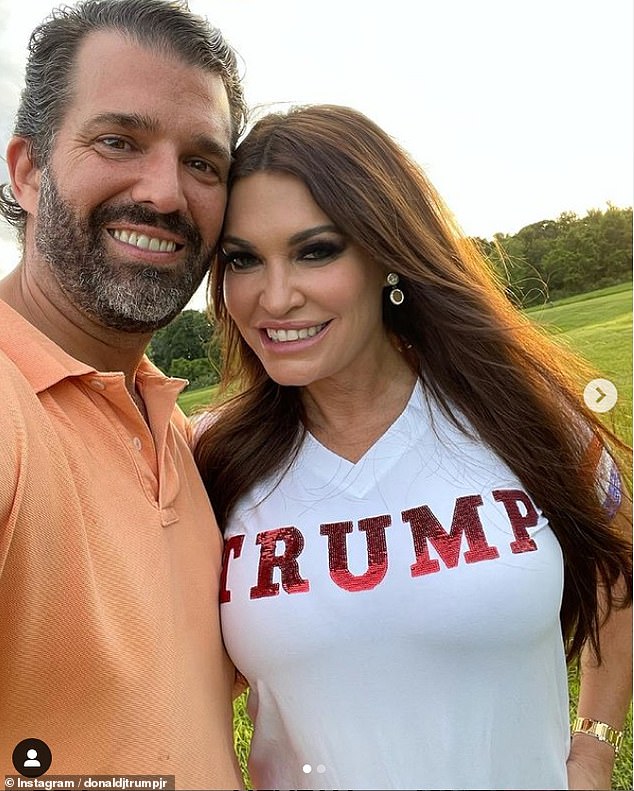 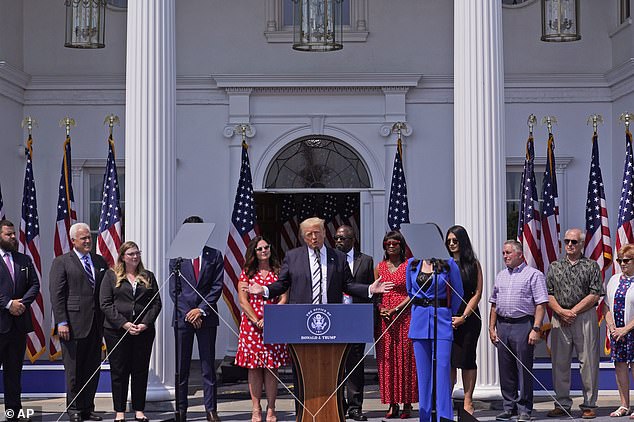 Donald Trump announced class action lawsuits against Twitter, Facebook Google and their chief executives on behalf of users who have been banned at an event at his New Jersey golf club on Wednesday. He also said he was seeking punitive damages

The companies cited concerns that Trump would incite further violence and have kept him locked out. All three declined comment Wednesday.

Under Section 230 of the 1996 Communications Decency Act, social media platforms are allowed to moderate their services by removing posts that, for instance, are obscene or violate the services´ own standards, so long as they are acting in ‘good faith.’

The law also generally exempts internet companies from liability for the material that users post.

But Trump and some other politicians have long argued that Twitter, Facebook and other social media platforms have abused that protection and should lose their immunity – or at least have it curtailed.

All three ask the court to award unspecified damages, declare Section 230 unconstitutional and restore Trump’s accounts, along with those of several other plaintiffs who joined the suits and have also had posts or accounts removed. 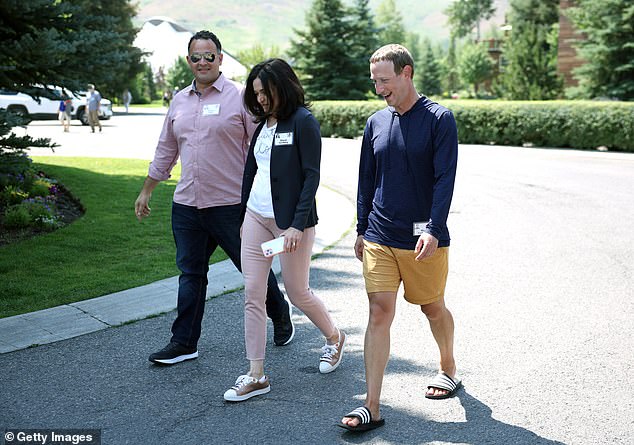 Zuckerberg is seen arriving at Sun Valley on Thursday, a day after Trump sued him

Trump’s lawsuits, however, are likely doomed to fail, said Eric Goldman, a law professor at Santa Clara University in California who has studied more than 60 similar, failed lawsuits that sought to take on internet companies for terminating or suspending users´ accounts.

‘They’ve argued everything under the sun, including First Amendment, and they get nowhere,’ Goldman said. ‘Maybe he’s got a trick up his sleeve that will give him a leg up on the dozens of lawsuits before him. I doubt it.’

‘Trump’s suit is DOA,’ echoed Paul Barrett, the deputy director of the Center for Business and Human Rights at New York University´s Stern School of Business.

Barrett said Trump was fundamentally misunderstanding the Constitution. ‘The First Amendment applies to government censorship or speech regulation. It does not stop private sector corporations from regulating content on their platforms,’ he said by email.

‘In fact, Facebook and Twitter themselves have a First Amendment free speech right to determine what speech their platforms project and amplify — and that right includes excluding speakers who incite violence, as Trump did in connection with the January 6 Capitol insurrection.’

Goldman said he suspected Trump’s legal team knows it is not going to win in court, and suggested Trump was pursuing the suits to garner attention. 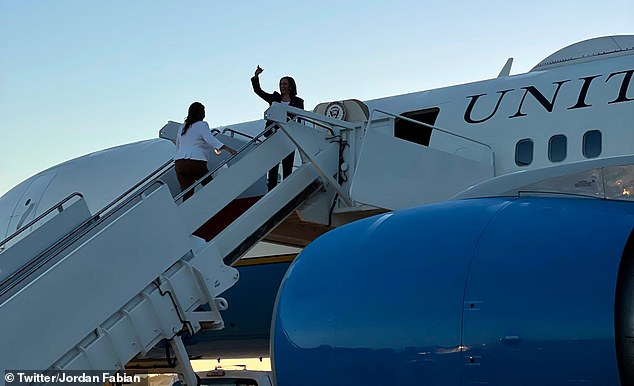 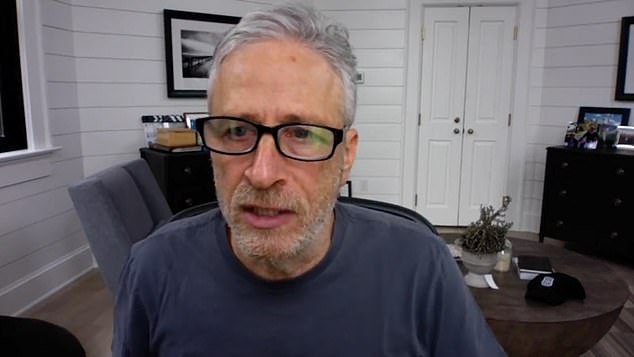 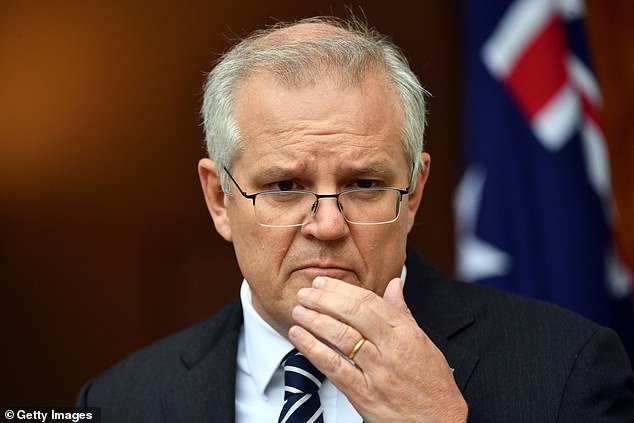 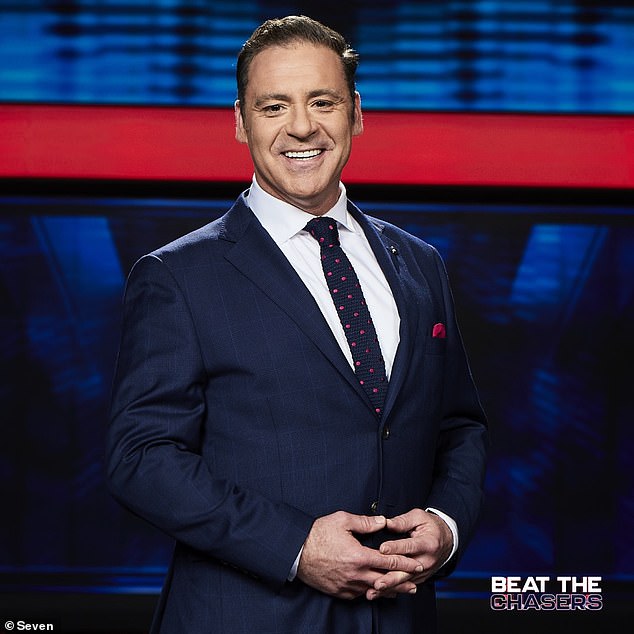 Stephen Breyer, 83, to retire from SCOTUS after 27 years
1 hour ago