He’s the co-owner of US football club Inter Miami.

And David Beckham made sure to support his players as the squad faced off against Atlanta United in Fort Lauderdale on Sunday.

Looking suave in a black suit stamped with Inter Miami’s emblem, David, 46, cut a typically stylish figure as he watched from the stalls ahead of the game.

Stylish: He’s the co-owner of US football club Inter Miami, and David Beckham, 46, made sure to support his players as they faced off against Atlanta United in Fort Lauderdale on Sunday

The doting father kept the beating Florida sunshine at bay with a pair of stylish sunglasses, and teamed his light pink shirt with a striped black and pink tie.

Not letting pre-game nerves get the best of him, The former England captain flashed photographers a smile before kick off.

David’s impressive collection of hand and neck tattoos peeked out of his smart attire.

Last week, the footballing icon turned 46, and his big day was celebrated in typically extravagant fashion as wife Victoria paid tribute to her husband after presenting him with two footballing doppelgängers made entirely out of balloons. 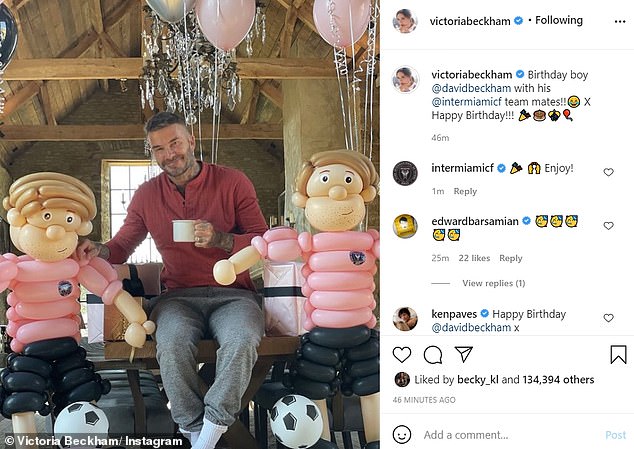 Cheers! David was joined by two doppelgänger’s fashioned in his likeness and bearing the home colours of Inter Miami as he kicked off his 46th birthday celebrations

The former Manchester United and England legend entered the latter half of his forties on May 2nd as the family enjoy an extended stay in Florida, home to Beckham’s co-owned soccer franchise Inter Miami.

And Victoria, 47, credited her husband of 22-years in a series of Instagram posts as he celebrated his special day, including one sent on behalf of their nine-year old daughter Harper.

Sharing an image of herself and David on the morning of his big day, she wrote: ‘Looks like you’re catching me up!! To a very special husband and the most incredible daddy… Happy birthday we all love you so so much.’

In a second post the former footballer was pictured between two caricatures fashioned from pink and black balloons – the home colours of Inter Miami – the club he successfully co-founded in 2018.

Referencing the apparent likeness to her husband in a short video, Victoria wrote: ‘There are similarities, I can’t lie.’ 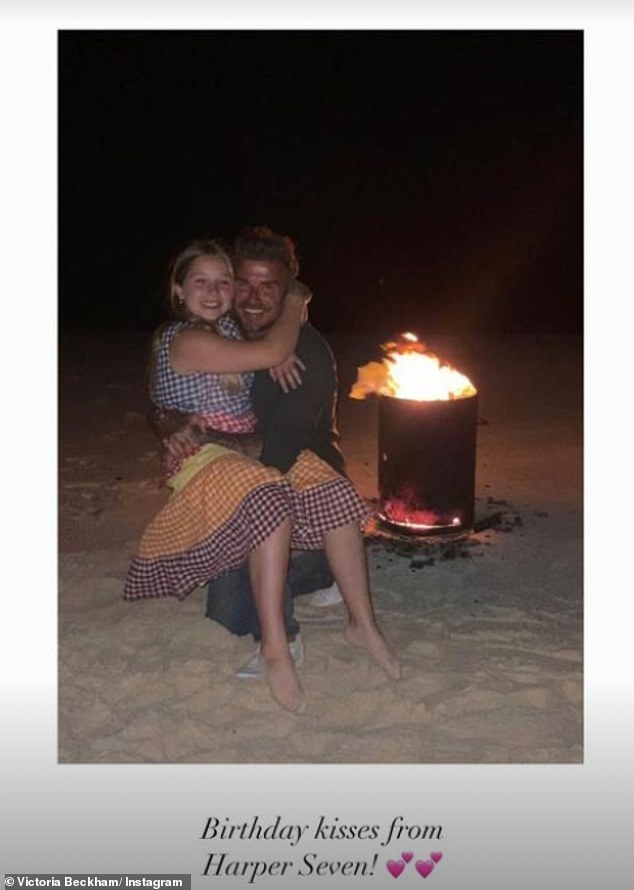 Ensuring daughter Harper – whose young age means she does not have access to social media – was also seen to acknowledge the date, Victoria posted an image of the pair with the accompanying caption: ‘Birthday kisses from Harper Seven!’

David’s children also paid tribute to the former footballer, with middle-son Romeo, 18, sharing a throwback of himself and his father letting their hair down on the beach.

Captioning the image, he wrote: ‘Happy birthday dad !!!! I love u so much and hope you have the most amazing day.’ 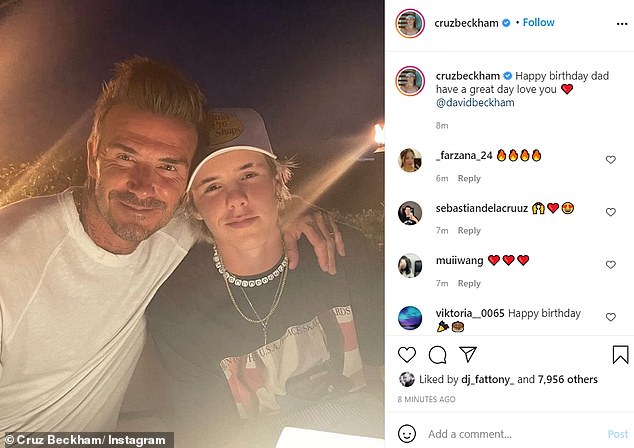 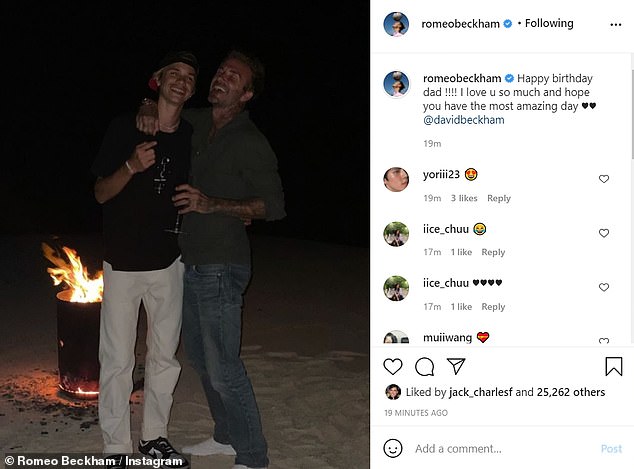 Celebrating the good times: Middle son Romeo shared a shot of himself and David as they let their hair down in Miami

Aspiring photographer Brooklyn – the eldest of the Beckham children at 22 – later shared a series of throwbacks that documented his close relationship with his father.

Captioning the shots, he wrote: ‘Happy birthday to the most incredible dad. I hope to be the amazing dad you are… I love you so much.’ 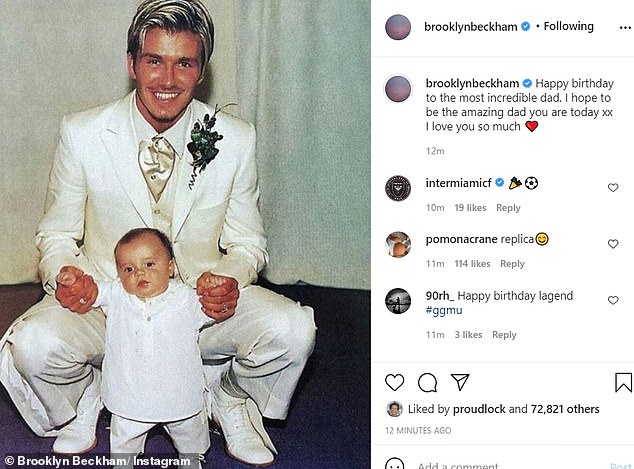 Special moments: Brooklyn’s posts included one of a newly married David holding him upright as they posed for a picture

Times Square shooting victim, 23, tells how she collapsed to the ground in a pool of blood 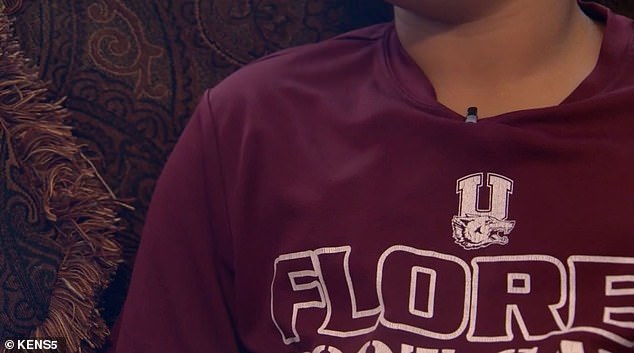 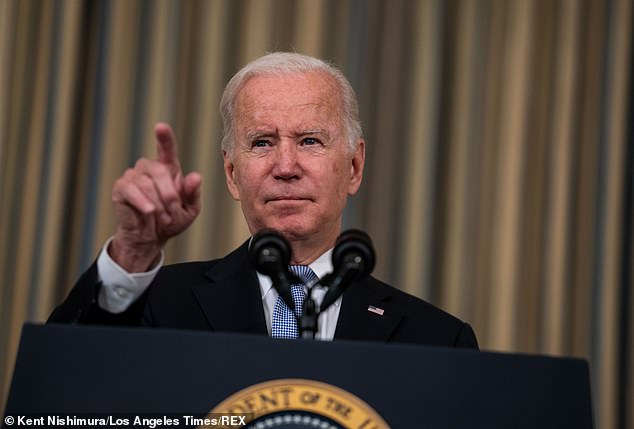 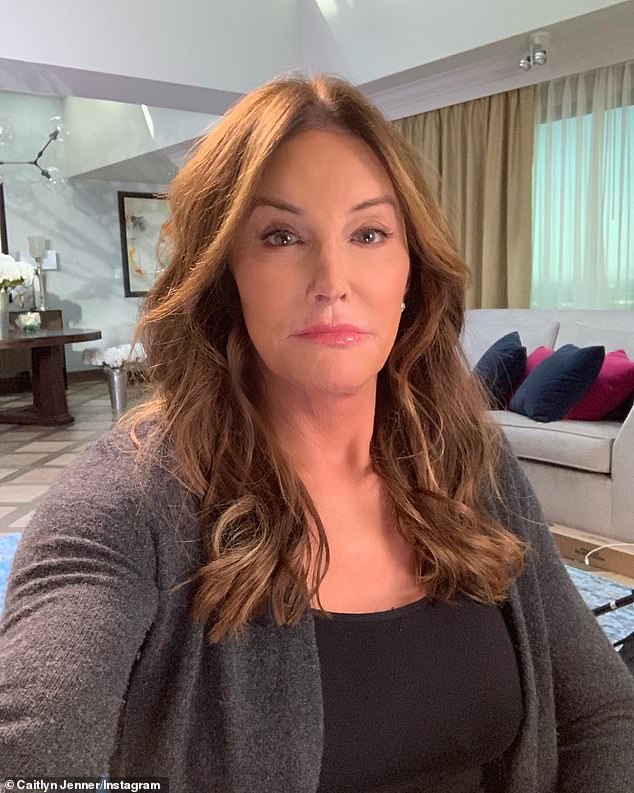 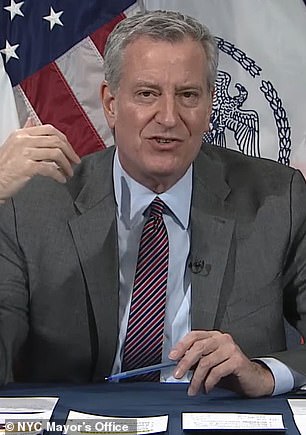