How are the kids dear? The hilarious photoshopped pictures father sends his girlfriend when she checks up on them

A father has shared the extremely dangerous – and obviously photoshopped – activities he shares with his two daughters.

From spilling hot coffee on his baby to allowing his toddler to play with power tools, the photos on Instagram account On Adventure with Dad could suggest that Kenny Deuss is a terrible father.

Instead, the Belgian dad-of-two is a skilled photoshopper with a sense of humor who enjoys mocking up crazy adventures for himself, newborn daughter Aster, and two-year-old daughter Alix, to send to his girlfriend Tineke when she texts him every Tuesday to check up on their daughters.

‘My girlfriend had to look twice when she received the first photo [to understand what was really going on], but it didn’t take long before she and her colleagues started looking forward to new pictures,’ Kenny said. 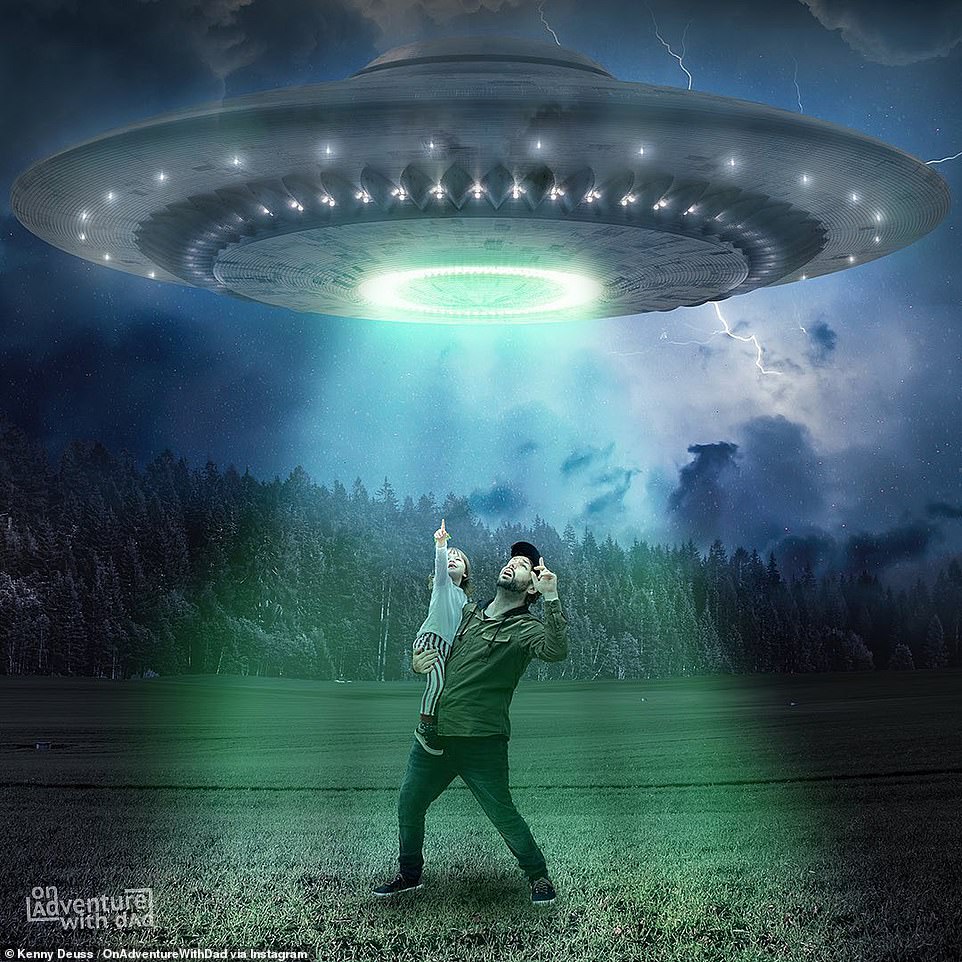 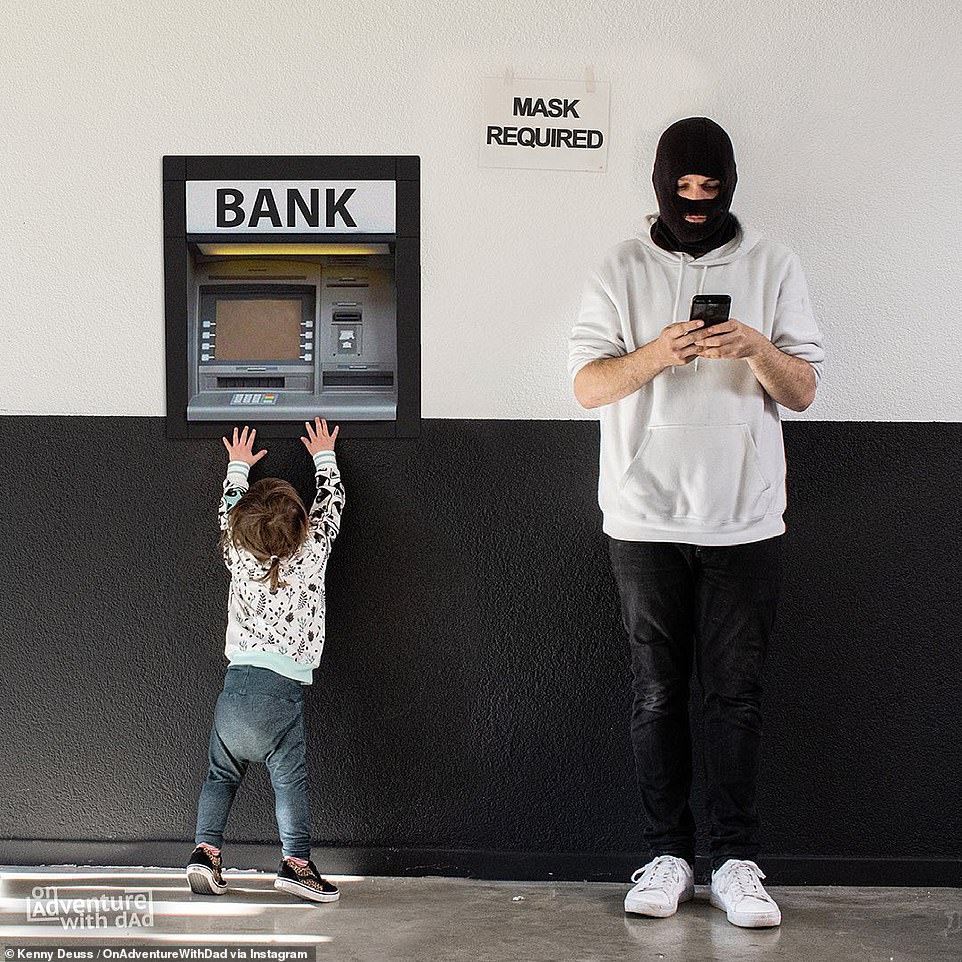 Kenny photoshopped this picture of his infant daughter as the two are robbing a bank ATM, which he sent to her mom 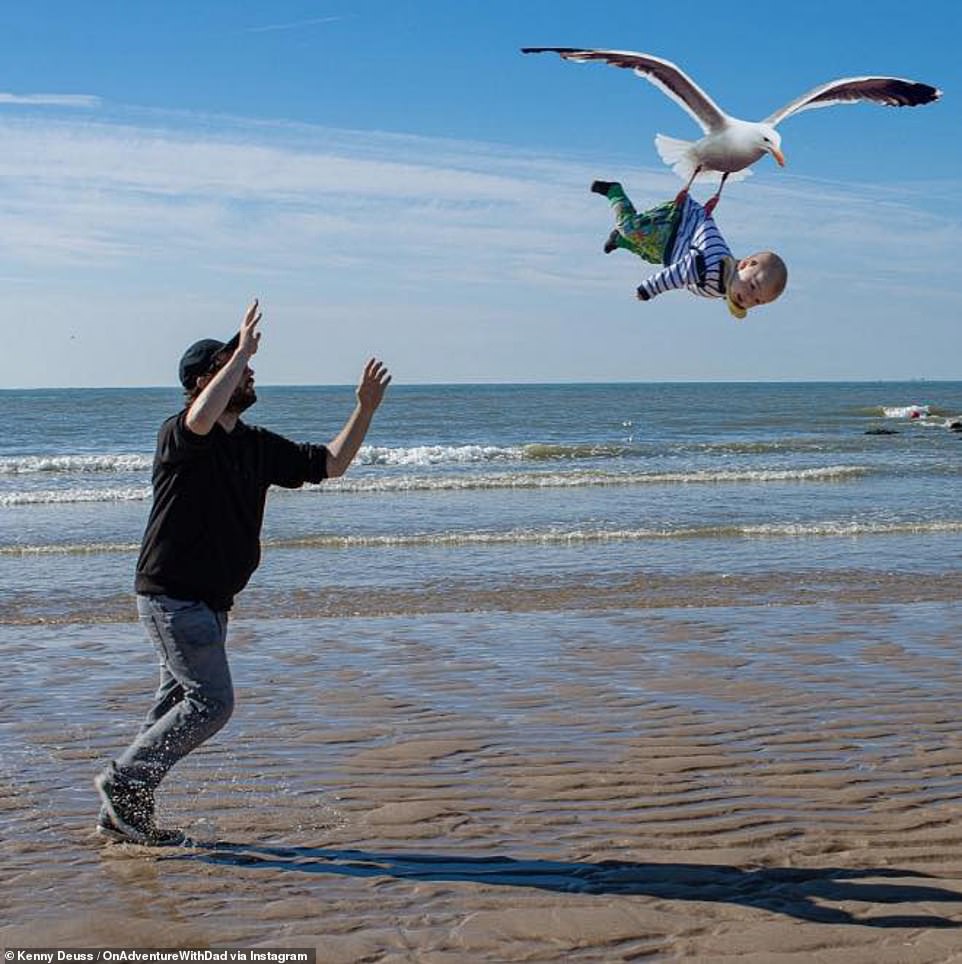 Deuss says the girls’ mother is a good sport about it, even if the picture shows her baby being flown away by a bird

In this photoshopped picture, Deuss cheers his young daughter on as she prepares to attempt an impossible cycling course 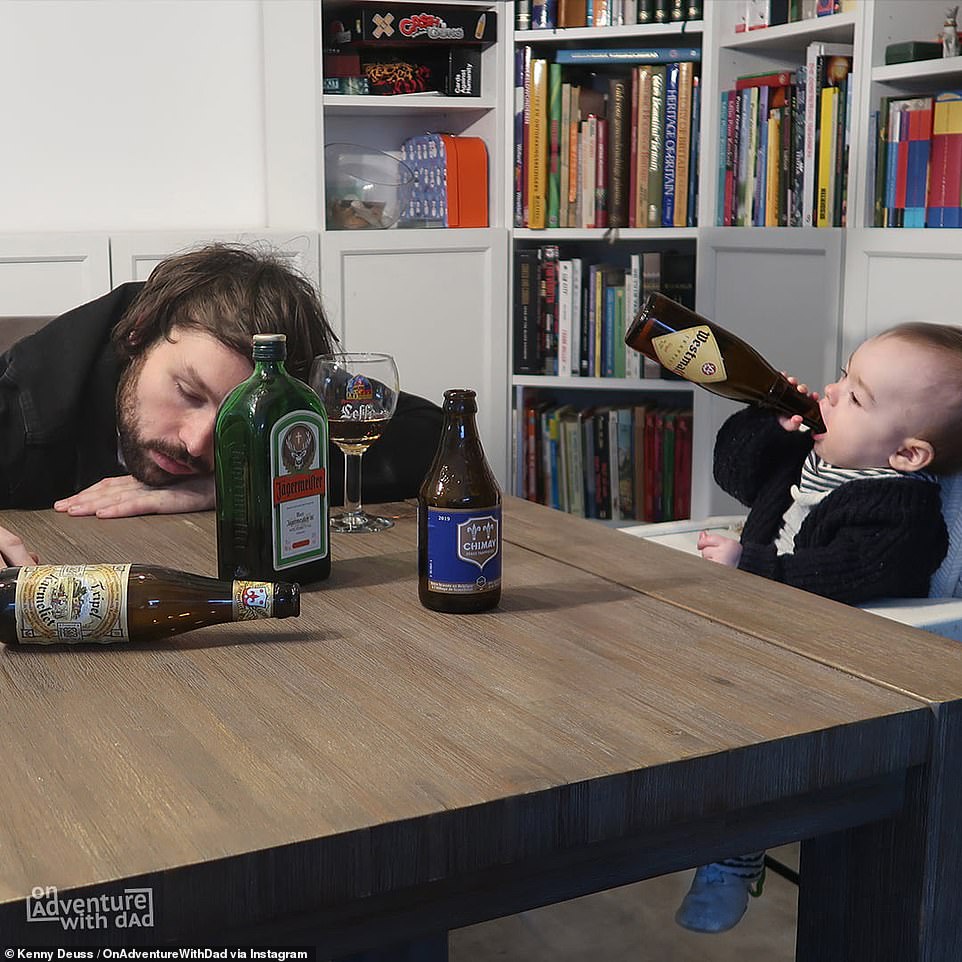 When mom’s away, the kids will play, as a picture dad sent shows him having a few cold ones with his infant daughter 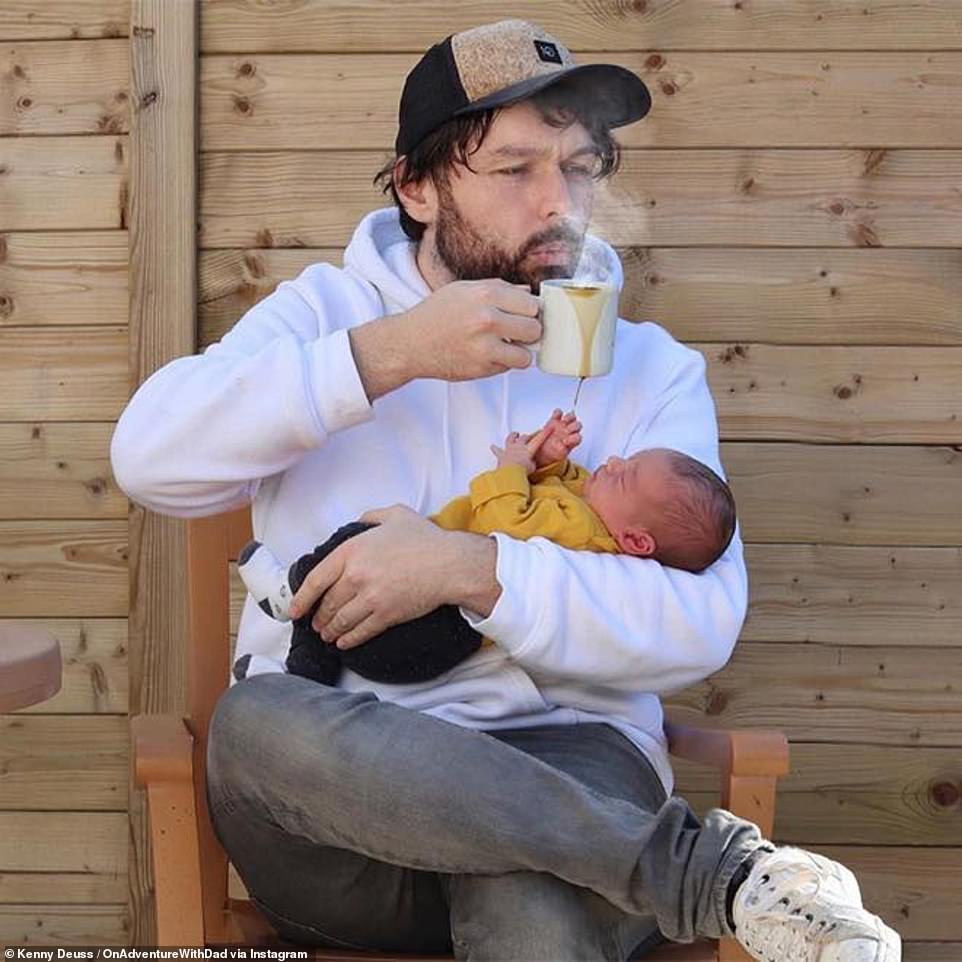 ‘That being said, she always makes sure that the pictures were safely made. She’s always happy with the result.’

One photo shows Kenny and Alix about to be beamed up onto an alien spaceship. Another shows a seagull flying off with little Aster while others show him drinking alcohol with Alix, and even one of little Alix sledding directly into oncoming barbed wire.

And when his girlfriend asked him about their daughters in March, he sent a picture of him and Alix robbing a bank ATM.

Deuss, who plays in an ectronic post-rock band called The Compleat Angler, said that the photos were easy to take because his girls were so easy going.

‘Alix is an easy going, happy child. She is always smiling with a funny character, trying to make us laugh mixed with a hint of stubbornness,’ Kenny told BoredPanda last year. 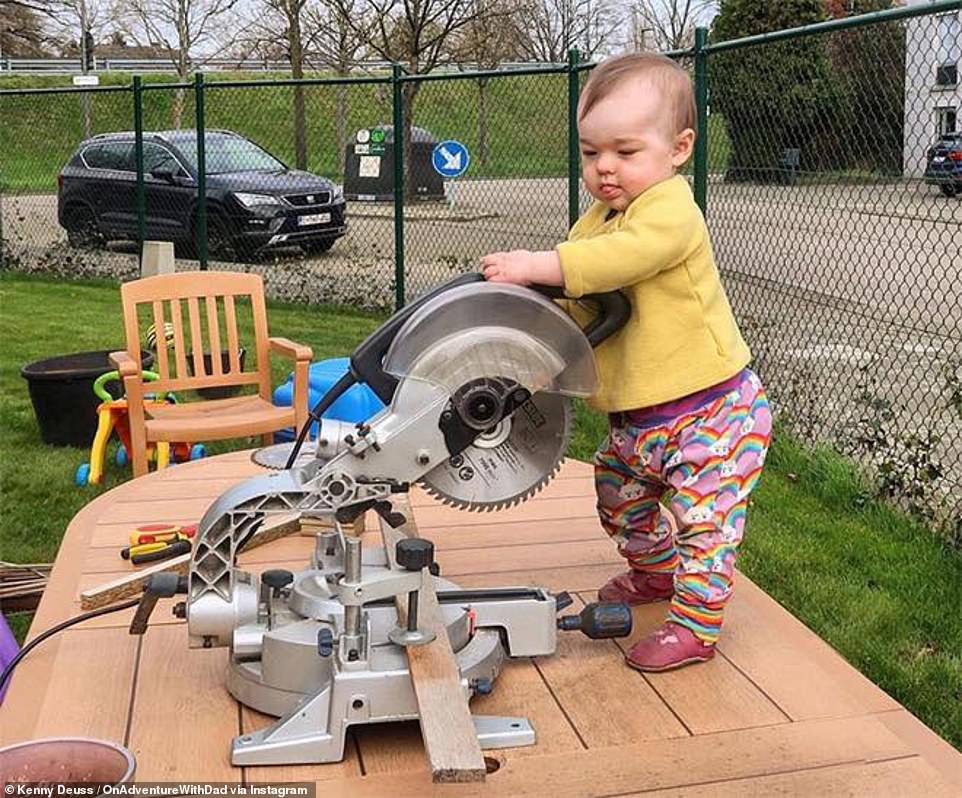 Never too young to learn how to use an electric hacksaw when dad’s around! Deuss admitted she took a while to understand it 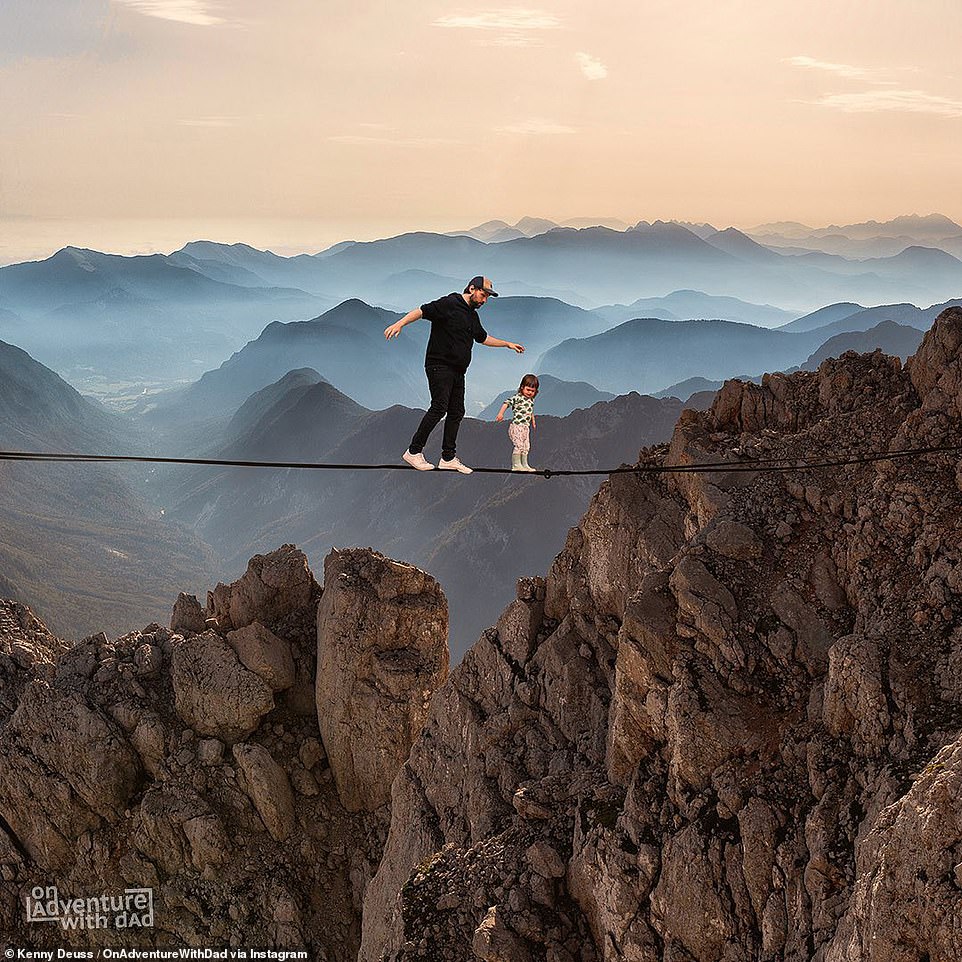 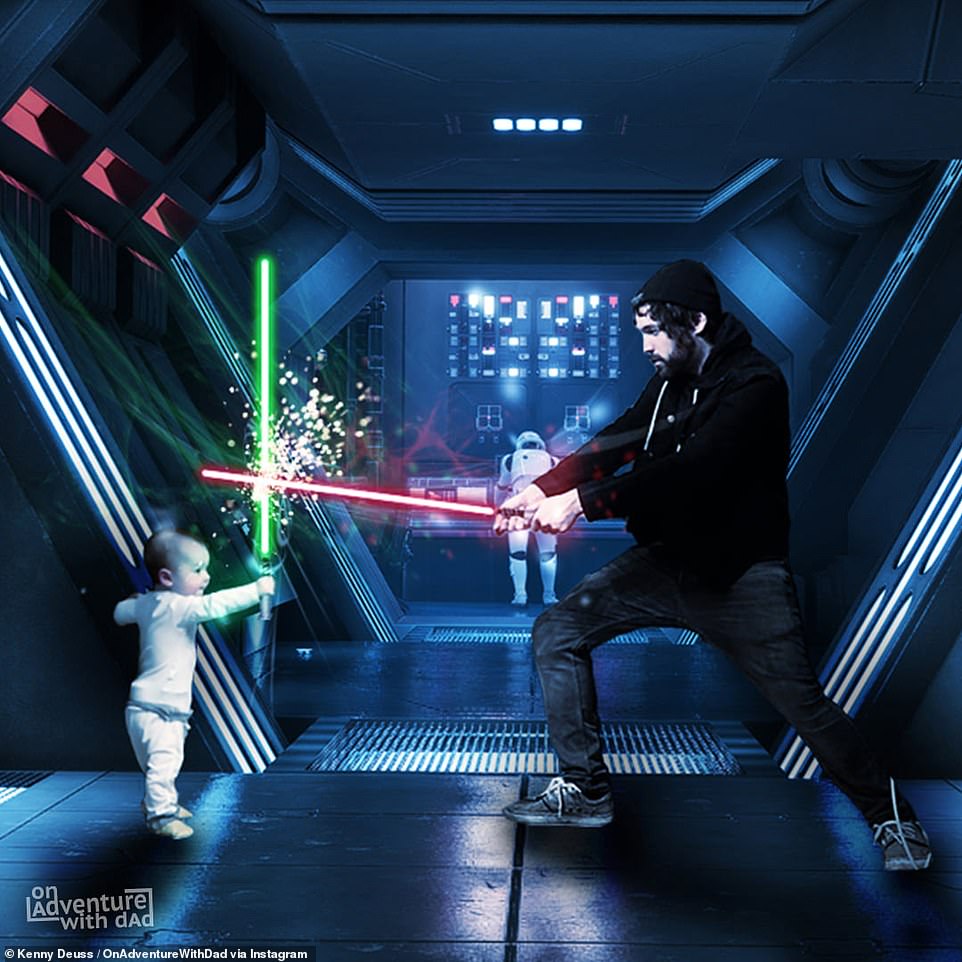 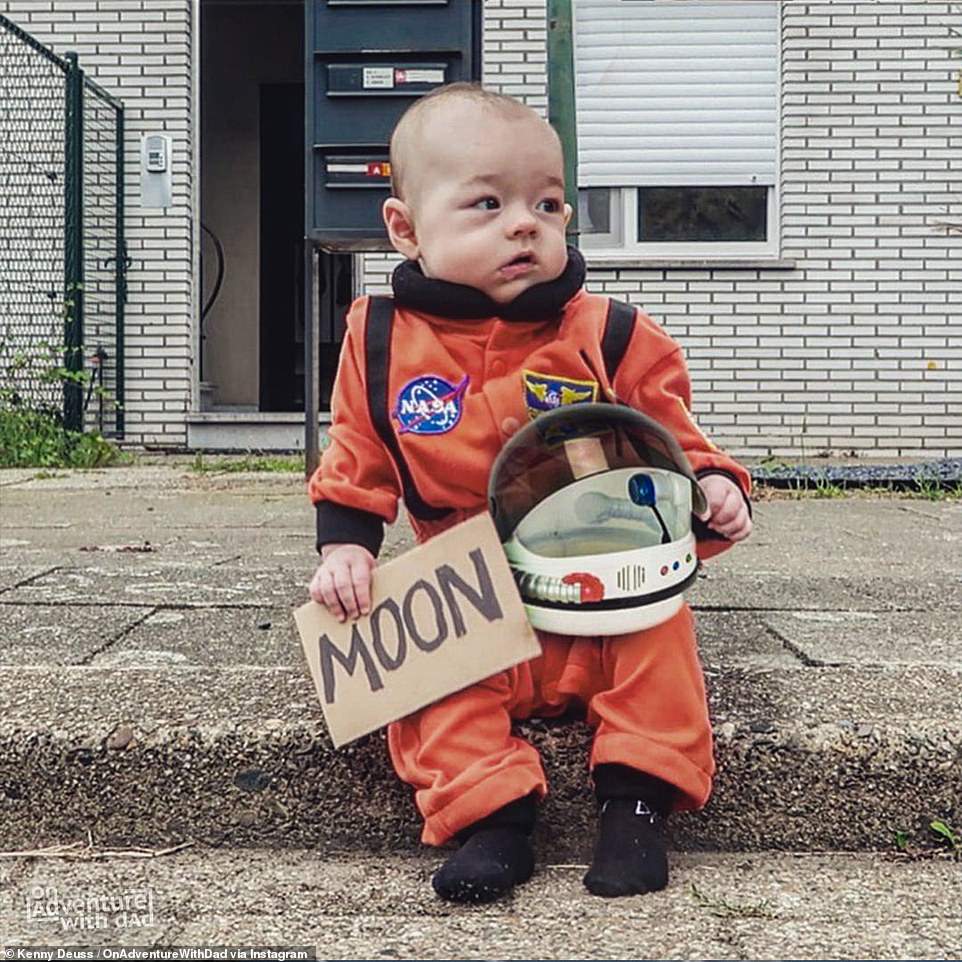 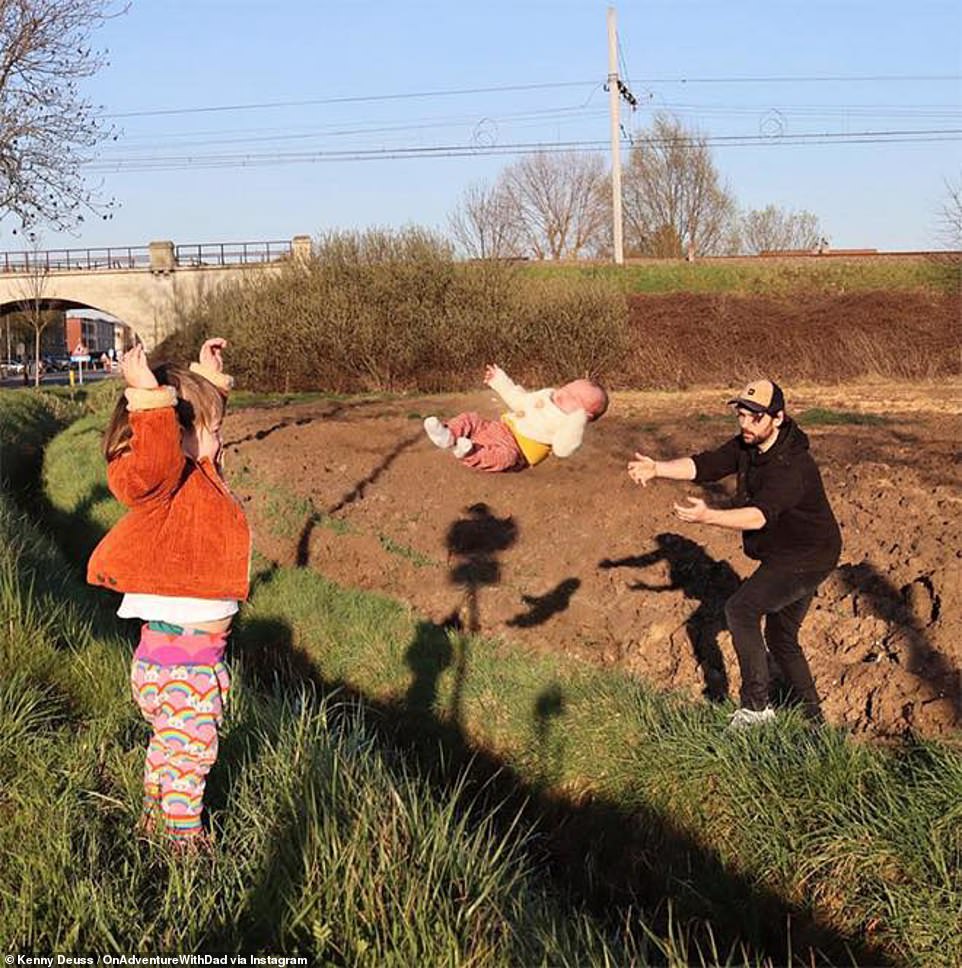 Who wants to play ‘catch the baby?!’ This dad does! The Dutch father photoshopped this hilarious pic of him and his daughers

How much detergent is one load again? Hmmmm… And nevermind the baby trapped inside the washer in the background 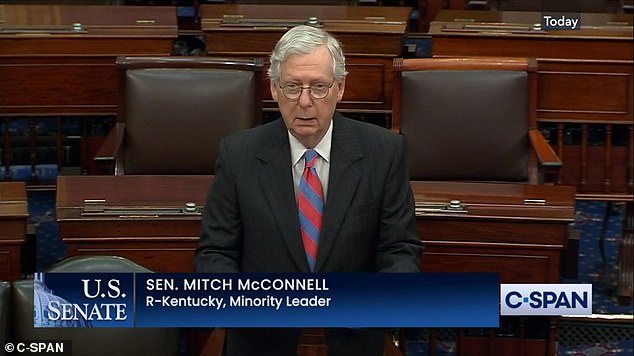 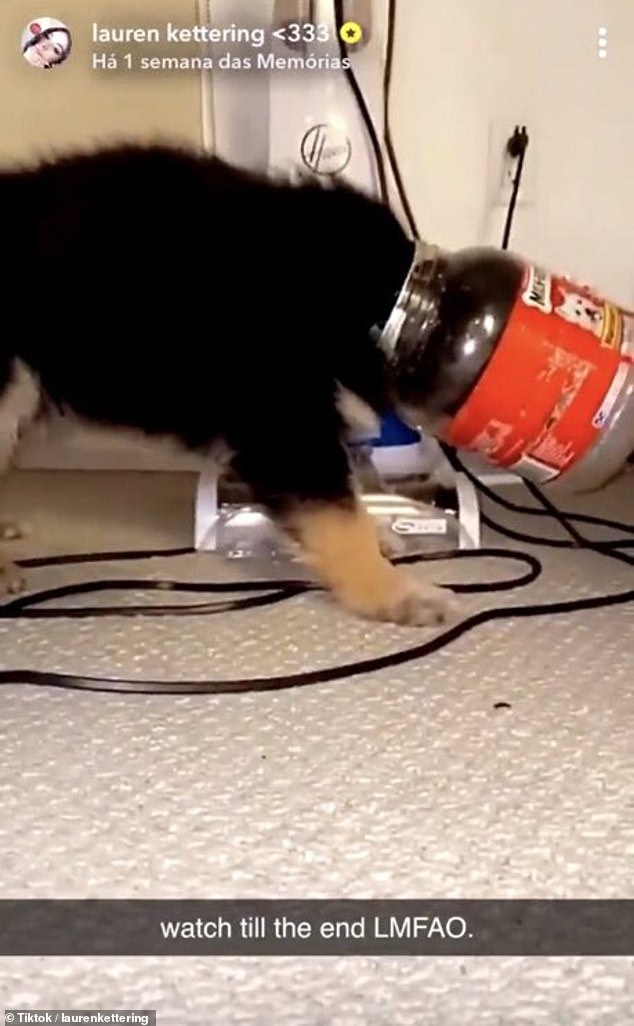 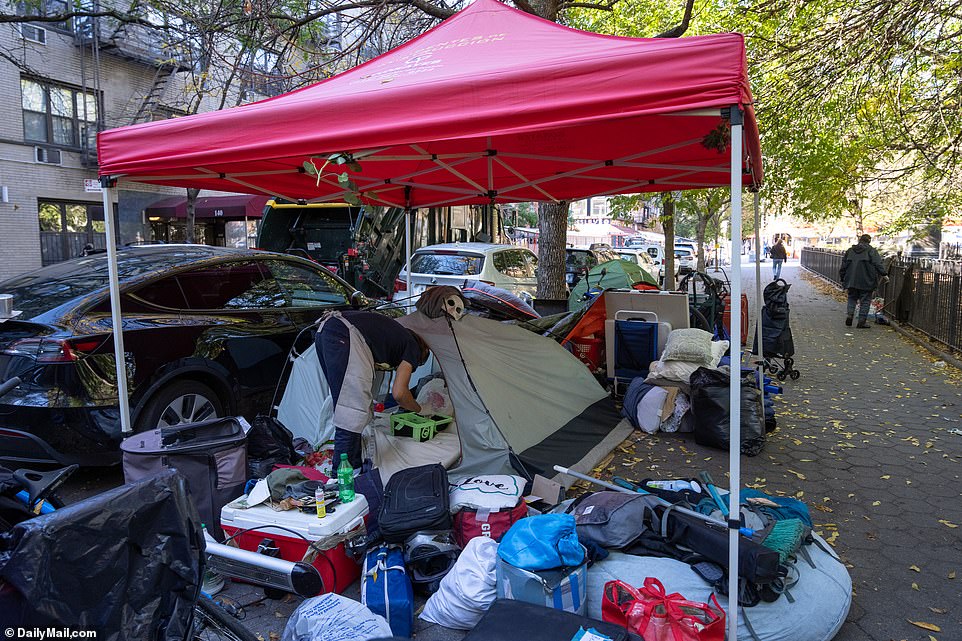 ‘My house was in chaos’: Sausage dog gives birth to TEN puppies leaving her owner gobsmacked
46 mins ago