Hello. As you probably know I’m stepping aside as your governor.

I wanted to share some thoughts with you that I’ve been thinking about over the past few days.

There will be another time to talk about the truth and ethics of the recent situation involving me, but let me say now that, when government politicizes allegations and the headlines condemn without facts, you undermine the justice system – and that doesn’t serve women and it doesn’t serve men or society.

Of course everyone has a right to come forward and we applaud their bravery and courage in doing so, but allegations must still be scrutinized and verified whether made by a woman or a man. That is our basic justice system.

I understand that there are moments of intense political pressure and media frenzy that cause a rush to judgment. But that is not right. It’s not fair or sustainable. Facts still matter.

A fire cracker can start a stampede but at one point everyone looks around and says, why are we running? The truth is ultimately always revealed.

The Attorney General’s report was designed to be a political firecracker on an explosive topic. And it worked. There was a political and media stampede. But the truth will out in time – of that I am confident.

Now there are moments in life that test our character, that ask us, are we the person we believe we are? Or are we the person we try to be at our best? You know me. I am a fighter and my instinct is to fight this because it is unfair and unjust in my mind. But you also know that I love New York and I serve you. That is the oath that I took, and in this moment I believe the right thing is that my service come first.

Prolonging this situation could only cause governmental paralysis and that is just not an option for you and not an option for the state, especially now. There is real work to be done and it will require government to function at the highest level. What we do now is more important than what we have done as a society in generations. What will New York State be in the future? No one can tell us because it depends on what we do now. Our actions will determine our future.

We must keep people and businesses thriving in this state. Crime must be controlled and we have to be smart about it.

No governor in the nation has passed more progressive measures than I have, but I disagree with some people in my own party who called to defund the police. I believe it is misguided. I believe it is dangerous.

Gun violence and crime are savaging inner cities. Look at New York City. The majority of victims are poor, Black and brown. Reforming police must be the goal. Ending discrimination by the police, ending the unnecessary use of force, and then building back trust and respect between the police and the community they serve. That’s the real answer and that is easier said than done, but it’s also the truth and the right way forward.

Our state’s economic competitiveness is vital. Demonizing business is against our collective self-interest. Taking actions that cause businesses to flee the state, taking jobs with them, only weakens our tax base and our ability to do good things for people.

We can address income inequality without ending incomes. Taxes can be reduced right away if Washington does what they promised New Yorkers they would do and repeal the so-called SALT tax. That would lower New York’s taxes $15 billion per year. That would make a major difference and frankly dwarf all of the other federal aid programs.

It should have been done eight months ago. We’re going to have to fight to make it happen, but we must wage that fight. Let’s remember what made New York State the Empire State in the first place. New York’s historic success was not a process of evolution. It didn’t just happen. We weren’t born this way. We were born of vision and daring and competence. We built the canals, the roads, the bridges, and education system and the economy that made us the greatest state in the nation. Somewhere along the way, government lost its competence and then people lost confidence in government.

But today is a different day. We have reason to believe in New York’s future based on what we have accomplished together. We’ve shown potential. We’ve shown that the New York spirit that reached for the skies, that refused to accept defeat, that challenged possibility, that said no to the status quo, that took on the bureaucracy that still exists. And we must demand that government continue to perform and achieve and accomplish.

We’ve embarked on the most aggressive green energy plan in the nation. Not talk, action. Hundreds of projects all across the state, starting now. New transmission lines for a green grid. We are rebuilding our upstate airports. Buffalo is building back. A new LaGuardia Airport, first new airport in the nation in 25 years, a new JFK Airport, a new Penn Station to end the hellacious conditions of Penn Station, more affordable housing than ever before. These projects are underway and essential to complete quickly and effectively because they are literally building our future. We cannot go back to the old days when government talked, and government debated, and government issued a lot of press releases about what they were doing, but they never made a difference in people’s lives, and they never improved, and they never built.

It’s not what we say in life that matters. It’s what we do. And the same is true for our elected officials and our government. We have developed, over the last decade, a new paradigm of government in this state, a government that actually works and actually works for people. It sounds simple, but it’s all the difference in the world. We cannot go backwards.

We must focus on the immediate threat, which is the Delta variant and COVID. And I’m very concerned about this personally. Please don’t forget what we learned together last year, and don’t forget what we accomplished. We went from the highest infection rate in the nation to the lowest. We did what no one thought could be done. Why? Because when the rest of the nation put their head in the sand, and denied science, and played politics, we faced up to the facts and we made the tough but necessary decisions. And while our infection rate went down, other states have been going up.

And now the situation is reversed. New York has one of the lowest infection rates in the nation, and other states are seeing rapid increases. It’s sweeping Florida, Texas, Alabama, Arkansas, South Dakota, and more. So now we must realize the reality that the spread will inevitably affect us, and we have to act before it becomes critical.

Here’s my advice. School opening is approaching. Teachers must be vaccinated for their protection and for our children’s protection. Masks must be required in high-risk areas and private businesses must mandate proof of vaccination for large gatherings. Now, this simply will not happen without a state law mandating that it happen. Local politics are too intense. Private businesses cannot and will not enforce the law. Local police must be mandated to do that, but we must take these actions. Let us remember political procrastination is COVID collaboration. We know the choice is between the politically contentious or the medically infectious. You decide, which is worse.

The most important lesson I’ve learned in the past 15 years and the one that gives me the most hope is my belief in the essential intelligence and goodness of the people of this state. I said, when I started, I work for the people. I work for you. And to me, that is everything. My faith has been in the people, not the politicians and not even the political system. I know too well the flaws of the political system. I believed and still believe that New Yorkers informed with the facts when they believe the facts, when they believe they’re told the truth, they will do the right thing. Even when it’s hard.

I went to you when we needed to stand strong against the COVID beast. I went to you to wear a mask and stay home and take a test and get the vaccine and you did. Every time, without fail, the people of New York have done the right thing. They have chosen inclusion over exclusion, hope over fear and love over hate.

It’s not easy, but it’s possible. And I know it’s true because you proved it. You are the u in unity and New York chooses unity over division every time. I believe that for New York, the best is yet to be, because I believe you will make it so.

In sum, we didn’t get everything done that we wanted to, or even everything we should have done. And we didn’t always get it quite right. But I want you to know from the bottom of my heart, that every day I worked my hardest. I gave it my all and I tried my best to deliver for you. And that is the God’s honest truth.

I want to thank my family for their sacrifice and help in serving you. For the Cuomos, public service is a family affair. Kathy Hochul will become governor and I believe she will step up to the challenge. We all wish her success. Eric Adams will be the next mayor of New York City. I think he’ll bring a new philosophy and competence to the position which can give New York City residents hope for the future.

Thank you for the honor of serving you and never forget, always stay New York tough, smart, united, disciplined and loving. It’s the essence of what makes New Yorkers so special. God bless you.

The Cast of Spider-Man: No Way Home Is Shaping Up to Be a Major Marvel Crossover Event 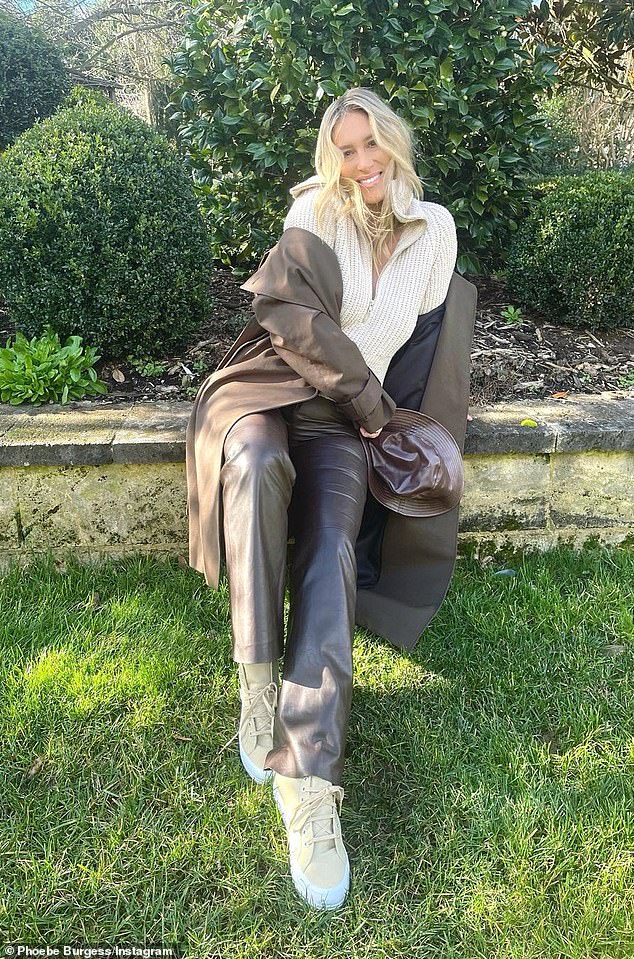 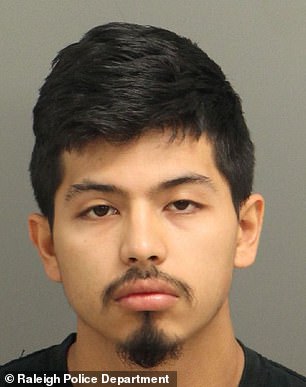 Two more teens arrested for the murder of a man, 69, who was found dead in North Carolina cemetery 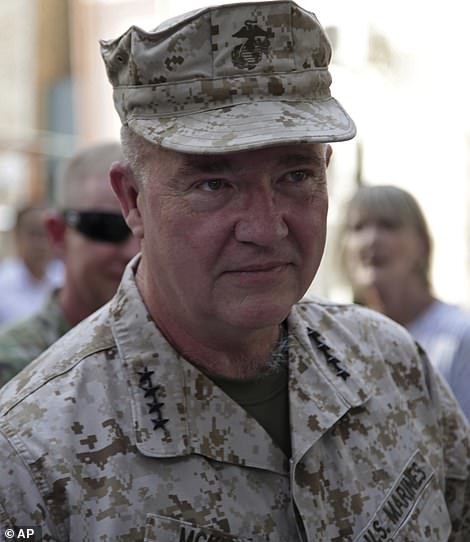 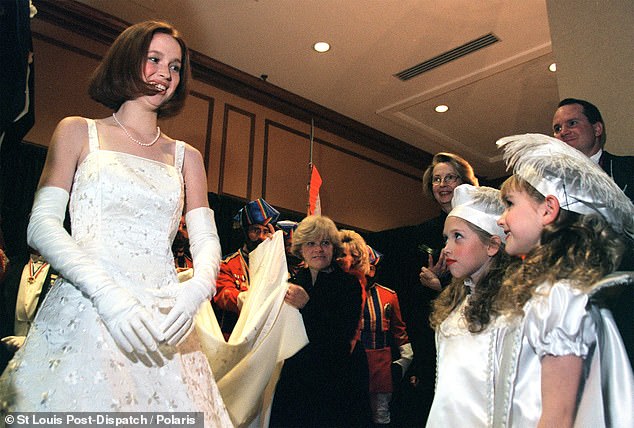