In my years at the White House – as a speechwriter to Presidents Richard Nixon and Jerry Ford (1972-1975) and then as director of the entire presidential speechwriting operation for Ronald Reagan (1981-1983) – the looming deadline of a State of the Union Address always marked the winter of a presidential wordsmith’s discontent.

This was because, more than any other presidential utterance, the SOTU, as we always called it in the shop, combined all of the major annoyances and hazards of the trade in a way no other speech did.

Top White House staffers, cabinet and agency heads (and their flunkies), party officials, congressional leaders, a gross, greedy legion of lobbyists and pressure groups, and, of course, political pundits and activists with more ego than talent, all focused on the speechwriting operation, bullying, coaxing, cajoling and pulling strings in pursuit of their individual SOTU wish lists.

All this is predictable enough in a bustling, contentious democracy.

And when a president and his senior team have a strong, clear sense of purpose and direction – and when they actually understand and agree on what needs to be said in the SOTU – the aggravation can be justified by the outcome.

President Reagan, firm in his convictions and eloquent in their expression – turned more than one of his SOTUs into triumphs of political persuasion.

But Ronald Reagan’s optimism was contagious and his message was anchored to his own character, convictions and, quite often, his own writing.

He was liked and trusted even by many of those who disagreed with him. And the more they listened, the less they tended to disagree. He was the genuine article and people sensed it, even Mikhail Gorbachev.

Inspired leaders with a command of the language – from Winston Churchill to my old boss Ronald Reagan – have proved that, even in tough times, a trusted, eloquent leader can inspire and lead through his words as well as his deeds. (Above) President Reagan delivering his State of the Union Address in 1985 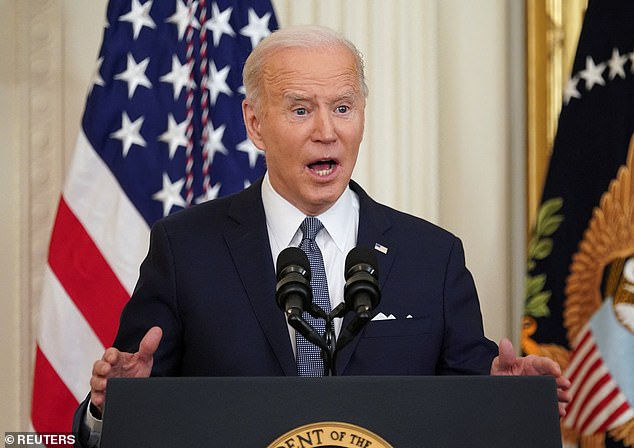 President Biden – fragile, creaky, cranky and increasingly disoriented, and with no consistent core message or convictions – is everything Ronald Reagan wasn’t and nothing that he was.

Unfortunately, President Biden – fragile, creaky, cranky and increasingly disoriented, and with no consistent core message or convictions – is everything Ronald Reagan wasn’t and nothing that he was.

Watching the Biden presidency slowly dissolve is like sitting through a third-rate production of Shakespeare’s ‘King Lear’ being played for laughs.

But there’s nothing funny about the negative results of his presidency. The consequences are deadly serious and painfully apparent.

Can this beleaguered, befogged old political hack somehow rise to the occasion Tuesday night and talk his way out of the mess he has contributed so much to making?

It can be done.

Inspired leaders with a command of the language – from Winston Churchill to my old boss Ronald Reagan – have proved that, even in tough times, a trusted, eloquent leader can inspire and lead through his words as well as his deeds.

So far, however, Joe Biden has done neither.

While preliminary outlines and draft language for the SOTU usually begin many months before the event, the pressure only comes to a boil in December.

It continues until the last line of the last paragraph is delivered by the president on the evening of his address to the joint session of the Congress.

This usually takes place on a Tuesday night in January although this year it was postponed by a nervous Biden administration until March 1st.

The postponement — probably based on the hopeful assumption that things couldn’t get any worse for Joe Biden than they already were in January and that they’d probably be better COVID-, inflation- and economy-wise a month later — has dramatically backfired.

The Biden losing streak, which already included underwater polling numbers on his handling of runaway inflation in particular and the economy in general, the collapse of security on our southern border, dramatically rising crime rates, the incredibly botched, cowardly handling of his humiliating exit from Afghanistan, and his ill-considered, extravagant and hopelessly stalled ‘progressive’ domestic policy initiatives, has grown worse rather than better during his political timeout. 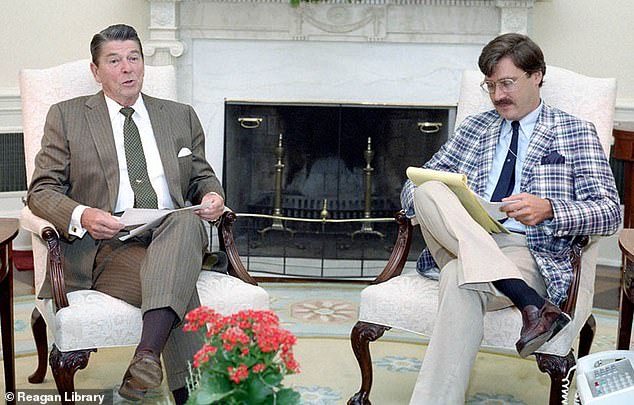 President Reagan, firm in his convictions and eloquent in their expression – turned more than one of his SOTUs into triumphs of political persuasion. (Above) Author Aram Bakshian with President Reagan in the Oval Office in August 1983 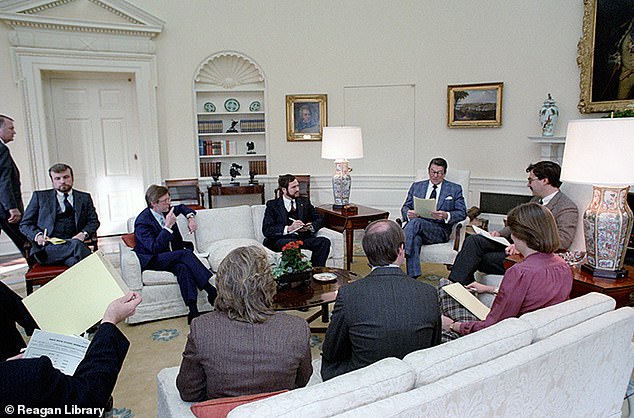 Then, to top it all off, Vladimir Putin, perhaps in the throes of raging hormones triggered by a delayed case of male menopause, decided to pull a Hitler on the poor Ukrainians.

So now it’s time for the State of the Union Address.

What can Biden say, and how should he go about saying it?

Most successful SOTU addresses follow a fairly straightforward, two-pronged approach: Describe where we are and how we got here, and then describe where we need to go and the best way to get there.

But there’s a hitch.

To do this effectively, you have to really understand how we got where we are and how we can get to where we want to be.

On the basis of their performance to date, I’m not sure either Joe Biden or his senior advisors have a clue about any of this.

The voters, on the other hand, seem to have a pretty clear idea of where things are and where they ought to be.

Seven in ten Americans think our country is heading in the wrong direction. The facts appear to back up their belief that things are getting worse, not better.

So, if he’s capable of it, Biden needs to start out by acknowledging what the American people already know to be true: The State of the Union is bad. Seriously bad.

He needs to acknowledge that major mistakes have been made on his watch as well as on those of his predecessors, and that the time has come for a serious course correction.

With inflation at historic highs and respected experts (including long-time Democratic economic advisors like Larry Summers) predicting a 50 percent chance of a recession by the end of 2022, Biden needs face down the extreme left wing of his own party and legislative leaders like House Speaker Nancy Pelosi and Senate Majority Leader Chuck Schumer who are still pushing trillions of dollars in new entitlements, pork barrel giveaways and political correctness run amok.

He needs to rescind executive orders and regulations that have severely impaired American development of our domestic gas and petroleum resources at a time when they are needed more than ever.

He should acknowledge that some government-mandated COVID policies may have done more harm than good, crippling key segments of the economy and robbing our kids of quality, in-person education time while lockdowns have resulted in alarming negative social and medical side effects such as increased suicides, stress levels and drug abuse and sky-rocketing murder rates. 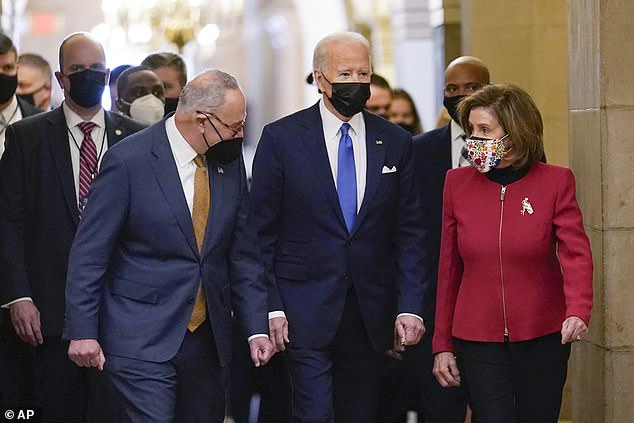 He needs to acknowledge that, in an increasingly dangerous world – both here at home and abroad – being ‘woke’ is not the answer.

The answer is waking up.

Waking up to reality and rejecting the hot air and sour grapes of racial and class resentment.

The answer is realizing that what makes American great is the fact that, for all of our diversity, we are not divided. We are united as one people with shared ideals and a shared destiny.

He should remind us that unity of purpose is just as important in dealing with the outside world as it is in meeting domestic challenges.

While we want cordial relations with Russia and China as well as our traditional allies, we and our friends need to present a strong united front and convince them that when they bully others and bring the world to the brink of war, they will pay a heavy price, be it Russia in Ukraine or China with her pacific neighbors, including Taiwan.

Instead of thinking about how many different pronouns we can assign to Americans and how many different racial, ethnic, economic and sexual groups we can divide them into, we need be true to the spirit and letter of our national motto: ‘e pluribus unum,’ ‘from many one.’

Finally, President Biden should close with the ‘heroes in the gallery’ device that has been used by every president since Ronald Reagan (when I wrote it into his 1983 State of the Union Address).

He should showcase a few truly extraordinary ‘average’ Americans whose living examples prove that, for all our differences, we really are ‘One Nation Under God,’ a strong, proud tree of liberty nourished by many roots.

That’s the kind of thing President Biden should say in his State of the Union Address. But don’t hold your breath.

President Biden has always had trouble distinguishing between fantasy and reality in his public utterances.

He has even claimed that he vividly recalls watching President Franklin Roosevelt’s fireside chats on television. This despite the fact they were never televised and little Joey Biden was only two years old when FDR died.

Sadly, perhaps the best characterization of the Biden oratorical style can be found in the great Russian dissident Aleksandr Solzhenitsyn’s description of the communications style of his Soviet oppressors: 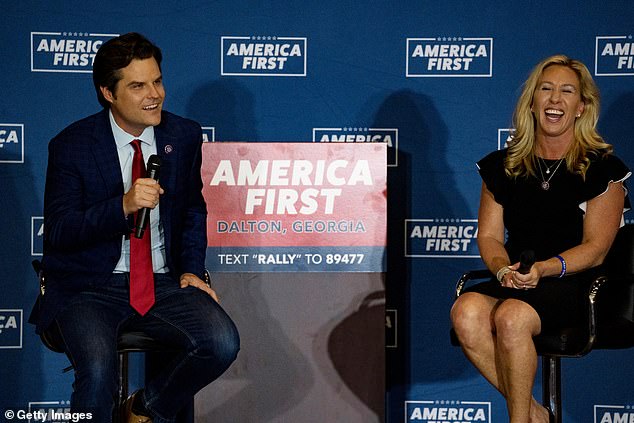 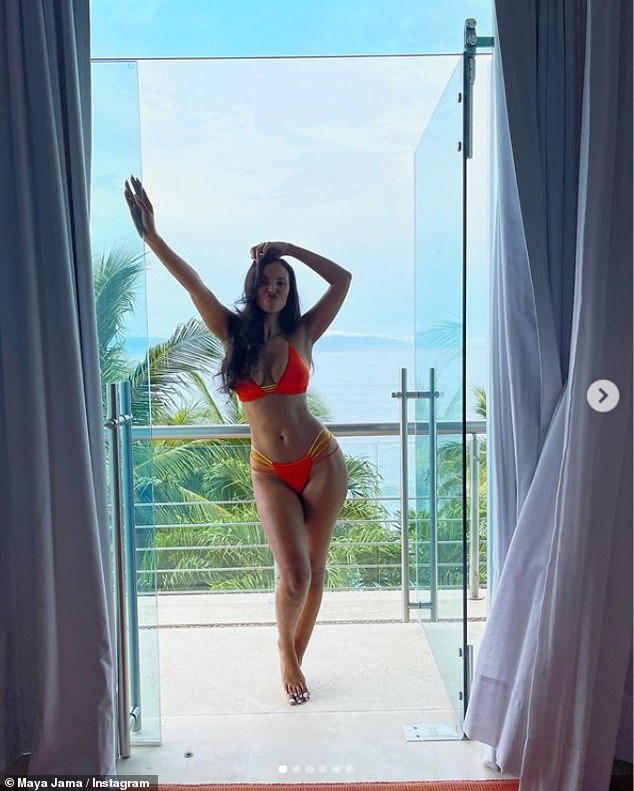 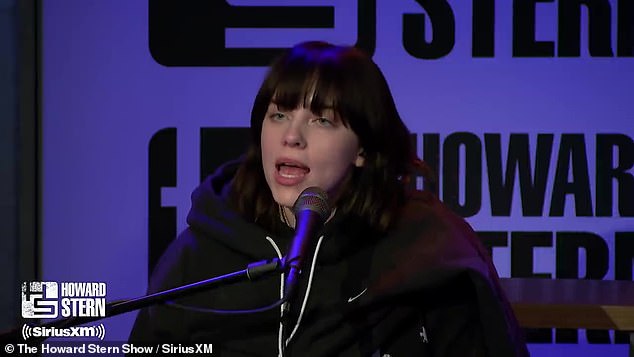 February 28, 2021
Check Also
Close
Recent Stories
Featured Posts
Harry Styles Recreates the “As It Was” Music Video With a Rotating Stage at the Grammys
12 mins ago