A Texas couple found their chihuahua burrowed inside their suitcase at an airport check-in counter on their way to Las Vegas, but a helpful ticket agent offered to take care of the puppy while the couple vacationed.

Jared and Kristi Owens were flying on the weekend of September 26 out of Lubbock, about 300 miles west of Fort Worth, when they were told their baggage was overweight.

‘They put it on the scale and this bag is basically like five, five and a half pounds overweight. Really quickly we are like, ‘oh, we have got to rearrange some stuff’,’ Jared Owens told Lubbock station KCBD.

Icky, a chihuahua, was burrowed inside a boot in Jared and Kristi Owens’ luggage 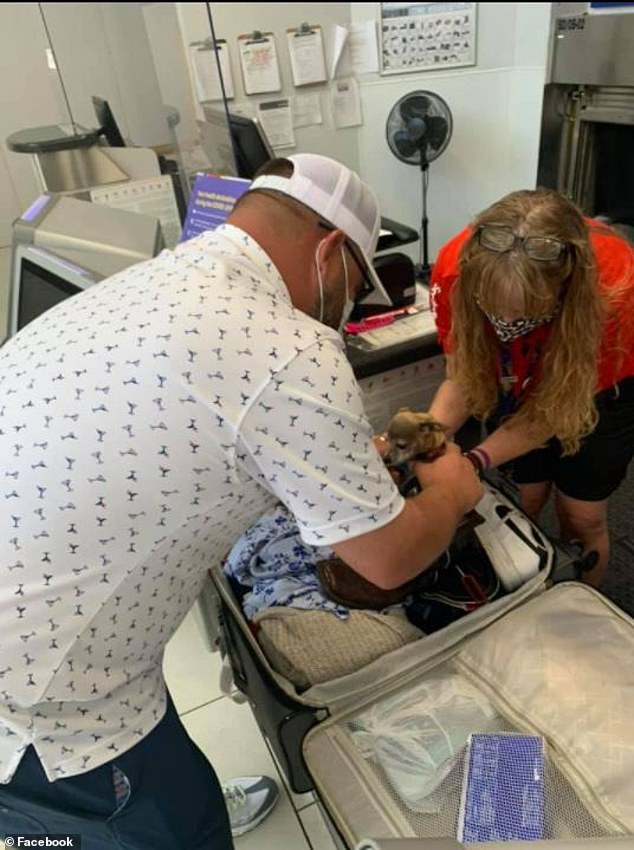 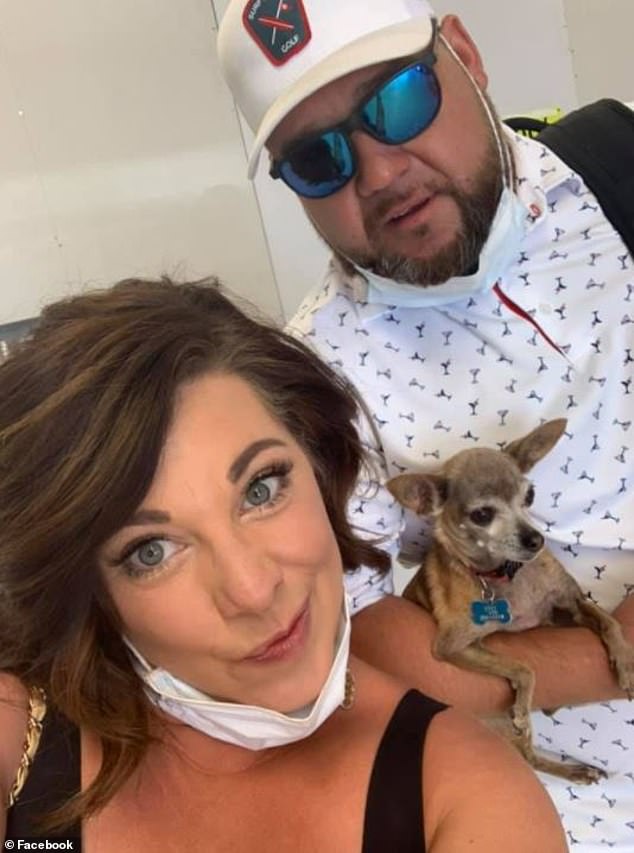 The chihuahua, Icky, has a habit of burying herself in hard-to-reach places.

‘She’s the burrower, that’s what she does. She burrows in clothes, she burrows in, obviously suitcases now,’ he said.

‘You know it’s going to be an epic trip to Vegas when you get to the airport to check your bags….6lbs over weight, and out pops a chihuahua from your boot!! Unreal!’ he wrote on Facebook on September 26.

The post was accompanied by pictures of Cook behind the counter holding up the chihuahua, who was still half-sunken into the cowboy boot.

‘Let the shenanigans begin!! Shout out to Cathy with #southwestairlines for her awesome customer service!! She offered to watch Icky until we got back!! Let’s go!!’

Jared Owens told KCBD: ‘They have got a heck of an employee in Cathy. She went above and beyond and never made us feel, you know, they could have turned us in saying we were trying to smuggle a dog to Vegas or something.

‘Never acted like that, they were extremely gracious. Like I said, she was willing to watch our dog for us while we were gone. 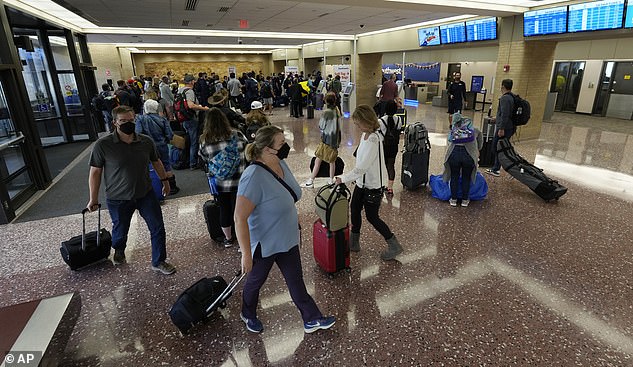 The Owens’ flew Southwest two weeks before weather and staffing shortages led the airline to cancel 1,800 flights. Above, passengers in Omaha, Nebraska line up on Sunday

‘Thank goodness we found this dog because you would have gotten to Vegas and you probably would have had a deceased animal in your bag.’

The Owens flew two weekends before Southwest Airlines canceled more than 1,800 flights, leaving thousands stranded in airports across the country because of severe weather.

The Dallas airline canceled 360 more flights and delayed 600 others on Monday.

The Federal Aviation Administration has denied reports of a ‘mass sickout’ at the air traffic control center at Jacksonville International Airport, which was said to have affected Southwest.

In a statement to DailyMail.com, the FAA said: ‘No FAA air traffic staffing shortages have been reported since Friday.

‘Flight delays and cancellations occurred for a few hours Friday afternoon due to widespread severe weather, military training, and limited staffing in one area of the Jacksonville Air Route Traffic Control Center.’

Icky was not harmed and is now back with her parents.

Superman comes out as BISEXUAL: DC Comics reveals son of Clark Kent is dating a man 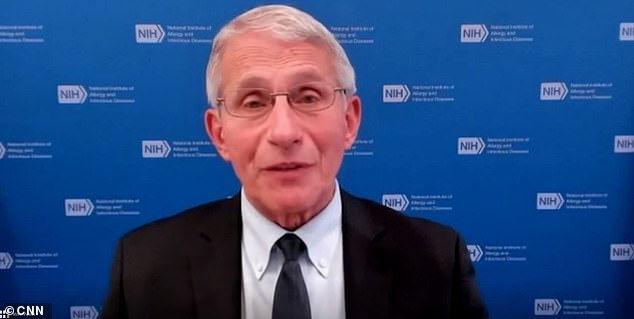 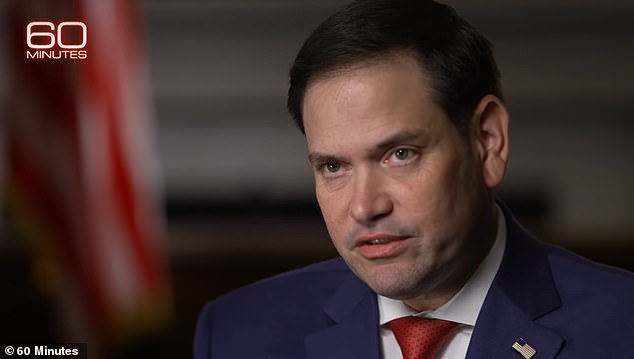 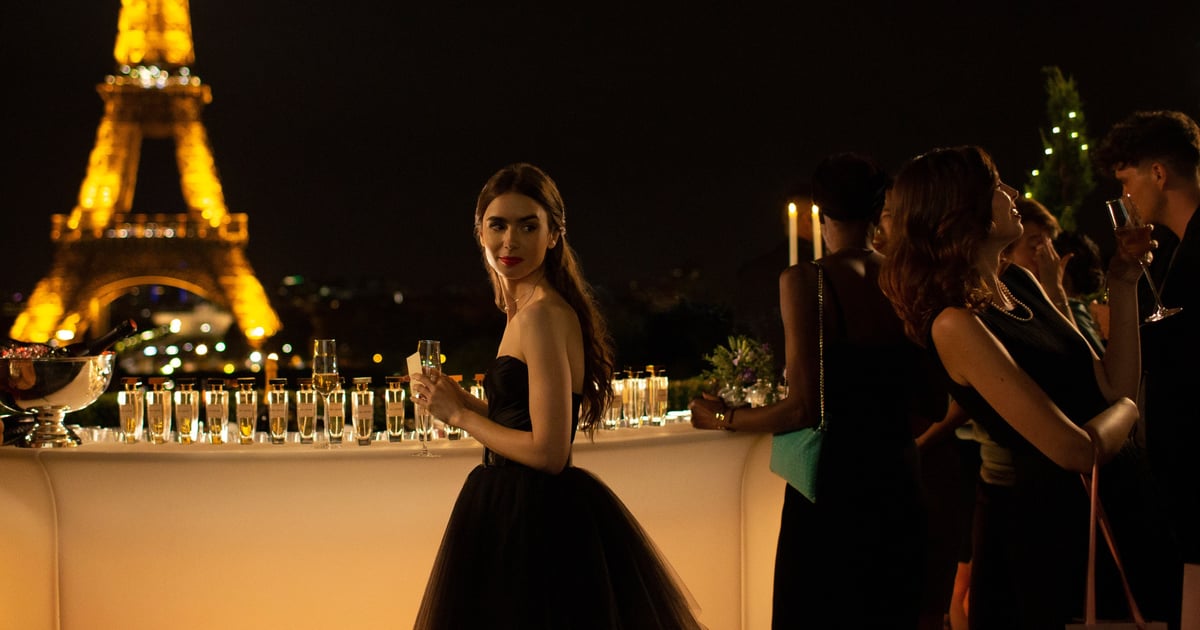