Horrific videos have exposed a ‘conveyor belt’ of torture and rape within Russia‘s prison system in which male inmates were brutally assaulted on camera and then blackmailed into abusing their fellow inmates using the footage.

Campaigners say gangs of rapists were deployed to ‘break’ prisoners and force them into signing ‘confessions’ or giving false testimony, as they exposed the sick scheme.

The videos include a man screaming in pain as he is violated with a mop handle inside a tuberculosis hospital, one male prisoner raping another who is tied to a bed, and a group of inmates urinating on another man.

At least 40 inmates were brutally assaulted on camera, activists say, though anecdotal evidence suggests the true number of victims is around 200.

A ‘conveyor belt’ of torture and rape has been uncovered in Russia’s prison in which male inmates were abused on camera then blackmailed into carrying out more abuse, activists say 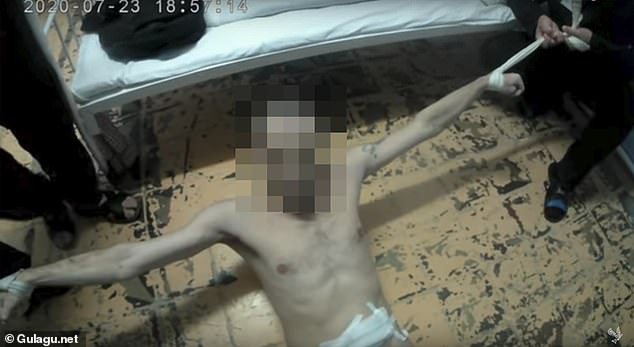 Horrifying videos reveal how inmates were raped, violated with broom handles, and urinated on in order to ‘break’ them

The sick scheme was exposed in a leak of 40Gb of video footage which was smuggled out of the archives of Russia’s FSIN prison service by an anonymous Belarussian man who claims he was tasked with archiving the videos while in jail.

Now freed, the man handed a smuggled copy of the material to campaigners at Gulagu.net who have published parts of it online – while calling for reforms.

MailOnline has reviewed a section of the material, but has decided not to publish most of it because of the highly distressing nature of the footage.

Activists say the rapes, intimidation and violence comes from jails in six Russian regions and will now be passed to the United Nations and Council of Europe.

The material was leaked by a Belarussian programmer jailed in Saratov who was used by the authorities to collate their sickening collection of torture videos filmed on prison issue camcorders, says the group.

The programmer – now released and seeking political asylum in the West – copied the material and carried it out of Russia, it is claimed.

It was ‘the first time that human rights defenders have obtained such a colossal amount of information proving the systemic nature of torture in Russia’.

Osechkin alleges has evidence that 200 inmates have been tortured and raped by FSB and FSIN agents in Russian penitentiaries with 40 depicted on videos. 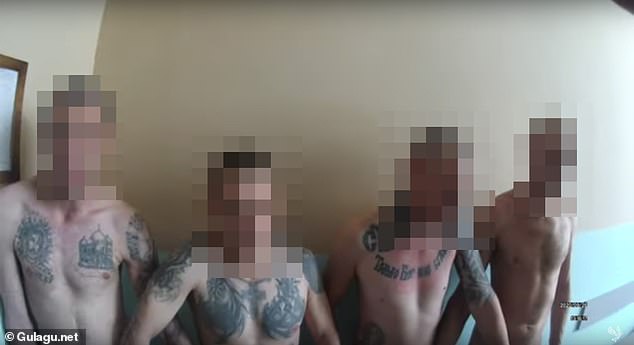 The prison service leadership had launched an investigation into the videos.

Putin’s spokesman Dmitry Peskov said: ‘If the authenticity of these materials is confirmed, then, of course, this is a reason for a serious probe.

‘But first it’s necessary to quickly but calmly sort this out and establish (their) authenticity.’

‘Fedotov drafted a letter of resignation. He is currently on vacation, from which he may not return to work,’ a source told Interfax.

But Osechkin, based in France, said: ‘The Russian authorities are being hypocritical and are doing everything they can to distance themselves from this torture conveyor belt (which) was created by FSIN and FSB generals – and was used to suppress the will of convicts.’

He has vowed to release more material in the coming days.

The videos ‘prove’ that FSB and FSIN operatives use rape and other torture to force the cooperation and compliance of inmates, he said.

They ‘themselves become part of the torture machine’ by snitching on other inmates or by signing false testimonies prepared by investigators, said RFE/RL’s Russian Service. 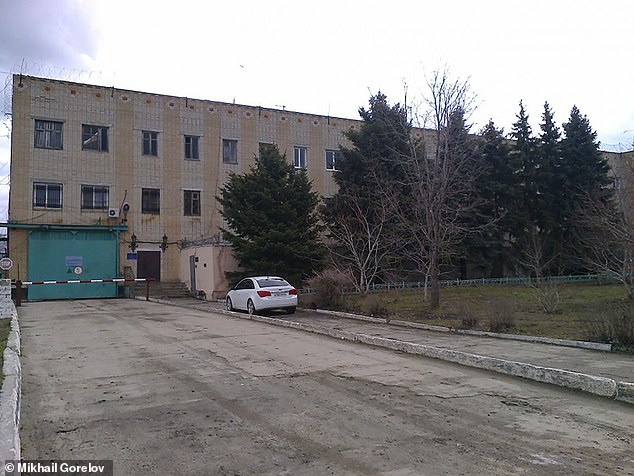 ‘This is an unprecedented leak that will send shockwaves across the country. In total we have over 40 gigabytes of files showing widespread torture,’ he told The Moscow Times.

‘We are planning to release batches of the videos step by step in the coming weeks now that the source is out of the reach of the Russian authorities.’

The IT programmer source of the material was ‘beaten and tortured himself’ before he was deployed as a ‘professional’ to file the collection of abusive videos from several regions, it was claimed.

He exacted his revenge by copying the collection and taking it out of Russia.

The website Gulagu.net project was blocked in Russia, apparently at the request of the FSB and prison authorities.

Abuse was recorded in the regions of Saratov, Vladimir, Irkutsk, Belgorod, TransBaikal, and Kamchatka.

Tanya Lokshina, of Human Rights Watch, said her organisation could not verify the videos but the footage ‘gave grounds for strong concern.’

‘The problem of torture in Russian penitentiaries is very acute and the government is not doing enough to ensure effective investigation, security of victims and whistleblowers and accountability for perpetrators,’ she said.

John Tesh, 69, had a cancer relapse a year ago but he is now in remission 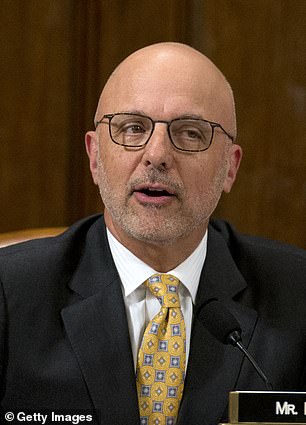 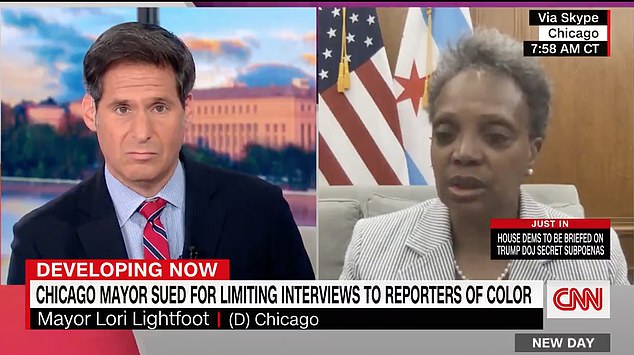 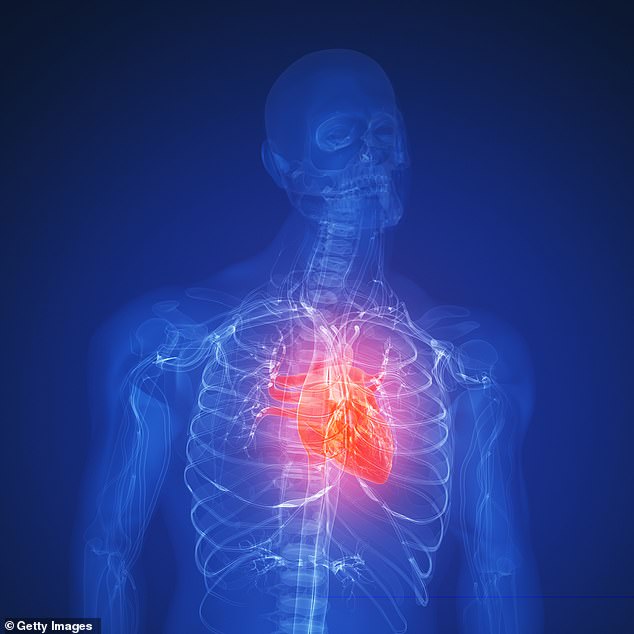 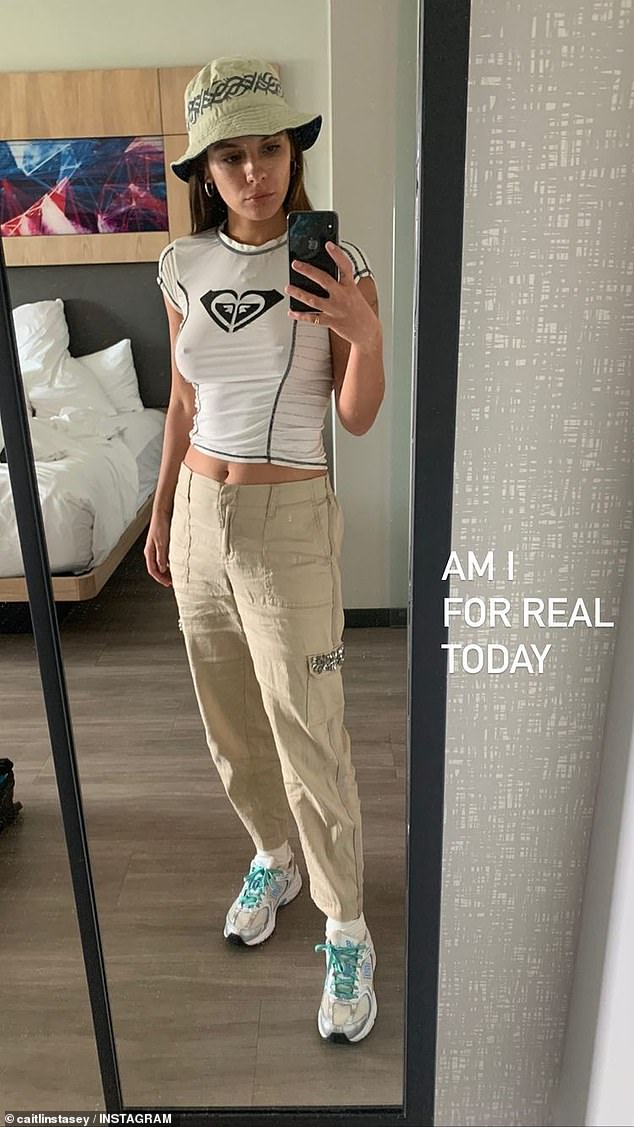 July 2, 2021
Check Also
Close
Recent Stories
Featured Posts
Before These 15 Movies Hit the Big Screen in 2022, Read the Books They’re Based On
25 mins ago