Conservative anti-vaxxer, Dennis Prager, claims he has caught coronavirus deliberately to give himself natural immunity he says a shot won’t provide.

Speaking on his radio show, which he was forced to broadcast from his home rather than a studio, Prager, who is 73, claimed that he socialized with strangers on purpose in the hope of catching the virus.

‘It is infinitely preferable to have natural immunity than vaccine immunity and that is what I hoped for the entire time,’ Prager explained, having begun the broadcast with a cough.  ‘Hence, I so engaged with strangers, constantly hugging them, taking photos with them, knowing that I was making myself very susceptible to getting COVID.

‘Which is, indeed, as bizarre as it sounded, what I wanted, in the hope I would achieve natural immunity and be taken care of by therapeutics,’ he added.

Prager has long ranted over his opposition to the vaccines and stated last November he had no intention of receiving the jab.

Yet despite not wanted to be inoculated against the virus, the talk show host proceeded to reel off a whole host of other medications that he happily consumes.

‘I have received monoclonal antibodies, that’s Regeneron. I have, of course, for a year and a half, been taking hydroxychloroquine from the beginning, with zinc. I’ve taken z-pack, azithromycin, as the Zelenko protocol would have it. I have taken ivermectin. 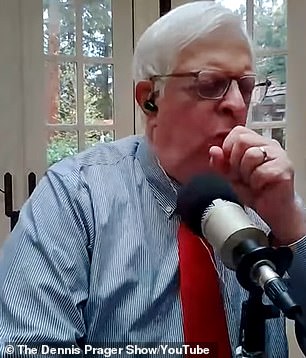 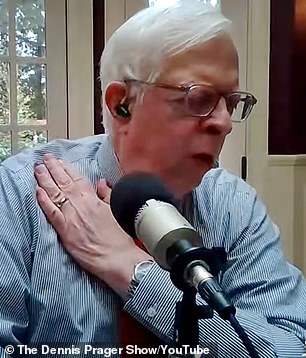 ‘I have done what a person should do if one is not going to get vaccinated,’ he went on.

The Food & Drug Administration reports that neither hydroxychloroquine nor ivermectin is an effective treatment for COVID.

An unvaccinated person in Prager’s age group is at higher risk of serious side-effects from a COVID infection, with the disease far more likely to kill the elderly, although most older sufferers to pull through unharmed.

Regeneron was famously used by Donald Trump when he caught COVID in October 2020, when it was in its experimental phrase.

Prager, a Trump supporter, followed in the former president’s footsteps by taking the same hydroxy and zinc mix that Trump bragged of taking as a preventative at the start of the pandemic, even though he was later hospitalized with the virus.

Ivermectin is a deworming drug which FDA doctors say doesn’t offer an effective COVID treatment. It has become popular among people who don’t wish to receive a vaccine, with podcaster Joe Rogan among those also prescribed it.

Prager has said he thinks most Americans should have contracted Covid-19 because he believes natural immunity is preferable to the kind created by vaccines.

Yet, a blog written by the director of the National Institutes of Health, details the opposite as being true with vaccines conferring greater immunity. 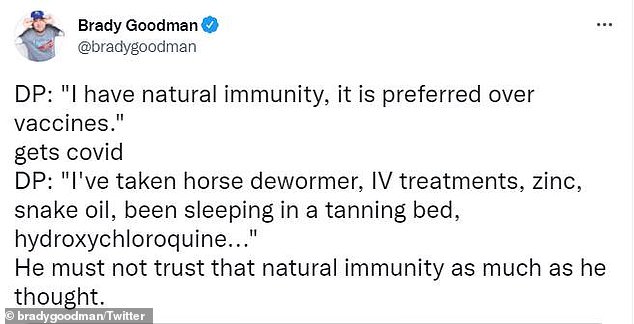 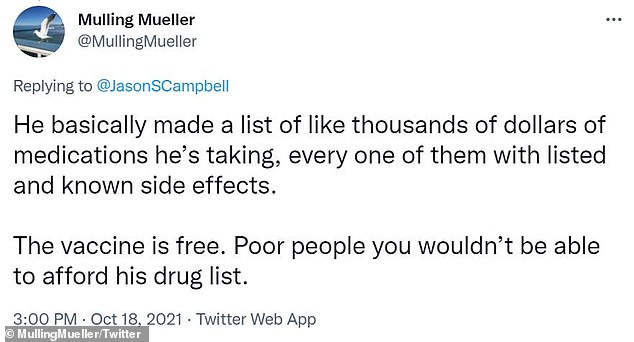 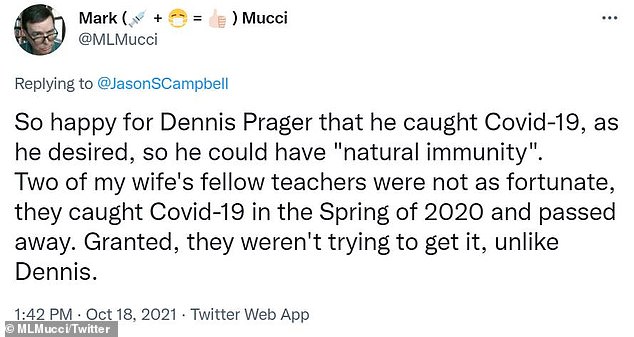 Prager was mocked in some circled on social media with many pointing out double standards in his actions.

‘Doing an ‘I meant to do that’ with contracting COVID-19 is madness. I hope Dennis Prager recovers soon and learns something from this,’ wrote lawyer Mark R. Yzaguirre.

‘Congratulations… I guess? ‘ wrote Max Burns with a degree of cynicism.

‘He basically made a list of like thousands of dollars of medications he’s taking, every one of them with listed and known side effects. The vaccine is free. Poor people you wouldn’t be able to afford his drug list,’ added another.

‘So happy for Dennis Prager that he caught Covid-19, as he desired, so he could have “natural immunity”. Two of my wife’s fellow teachers were not as fortunate, they caught Covid-19 in the Spring of 2020 and passed away. Granted, they weren’t trying to get it, unlike Dennis,’ tweeted Mark Mucci. 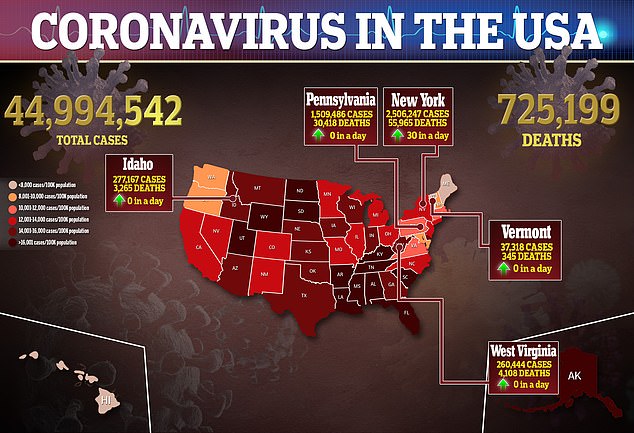 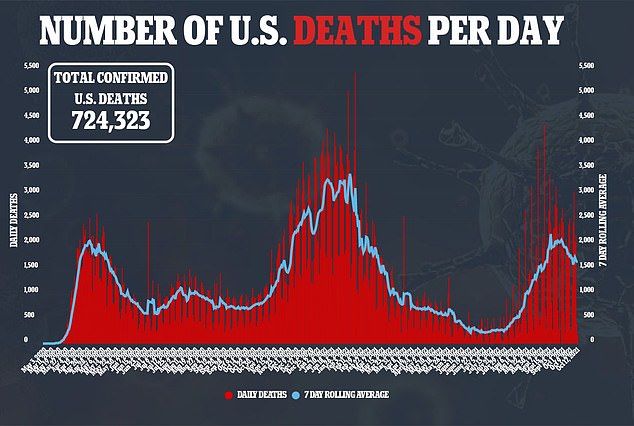 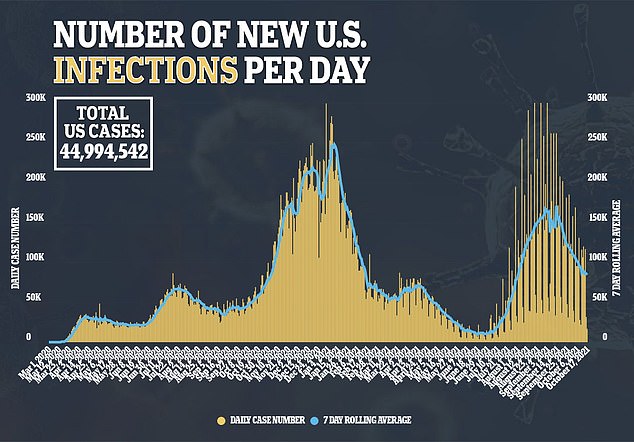 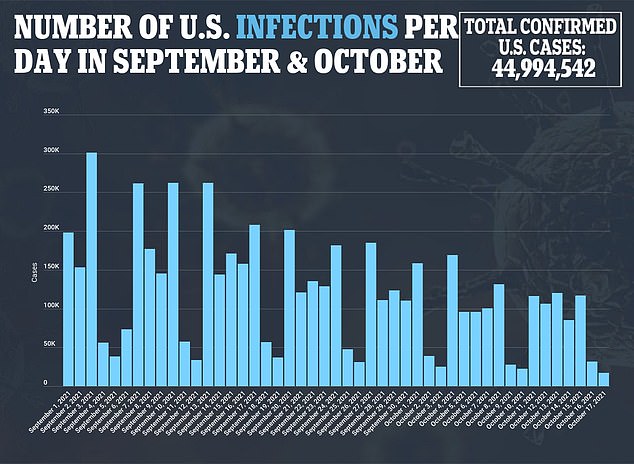 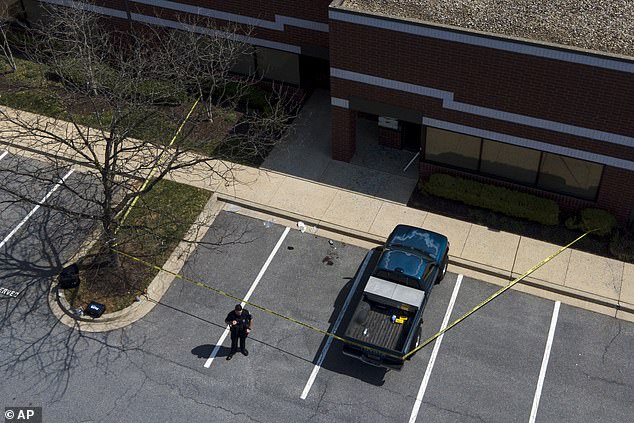 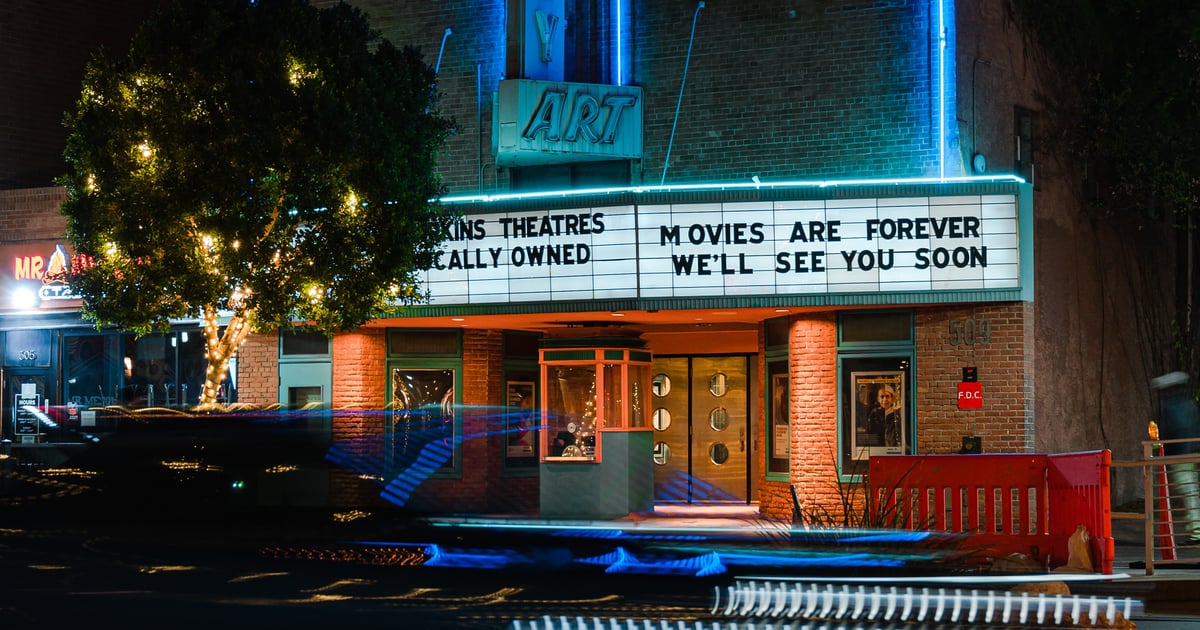 I Went to a Movie Theater For the First Time Since COVID Began — and Wow, I Missed It 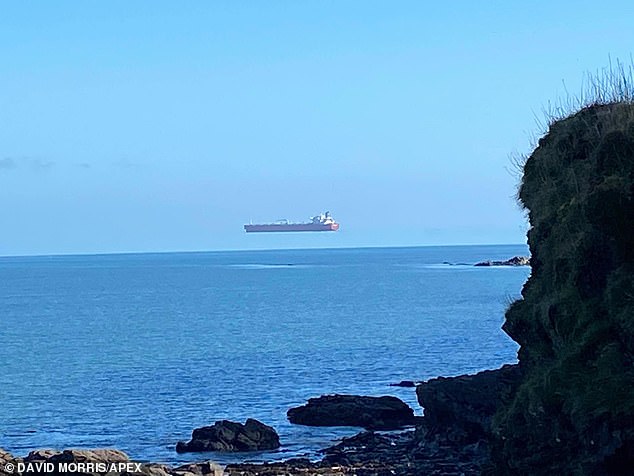 Why are there so many ships ‘floating in the sky’ around Britain?

Tonga eruption: Before and after images show extent of destruction
42 mins ago