Australian BMX star Saya Sakakibara has been stretchered off during the semi-finals at the Tokyo Olympics after a horror crash left her motionless on the track.

Sakakibara was clipped from behind by US rider Alise Willoughby while leading the race, with furious fans calling for the American to be disqualified over the collision.

In a cruel twist, her older brother Kai was left brain-damaged and in a coma for two months after an eerily similar crash while riding last year.

Commentators were left without words after the ‘brutal’ crash during the live broadcast on Seven as the 21-year-old medal hopeful received on-course treatment.

Her brother Kai, who turned 25 on Thursday, should have joined her on the Australian BMX racing team for the Tokyo Games.

But in February last year, he crashed heavily while racing at a World Cup round in Bathurst.

Kai suffered severe brain trauma and was in a coma for two months. 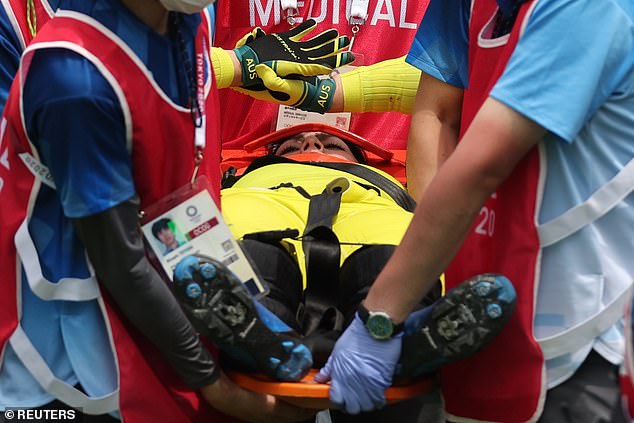 Sakakibara was clipped from behind by US rival Alise Willoughby while leading the race. Furious fans called for the American to be disqualified 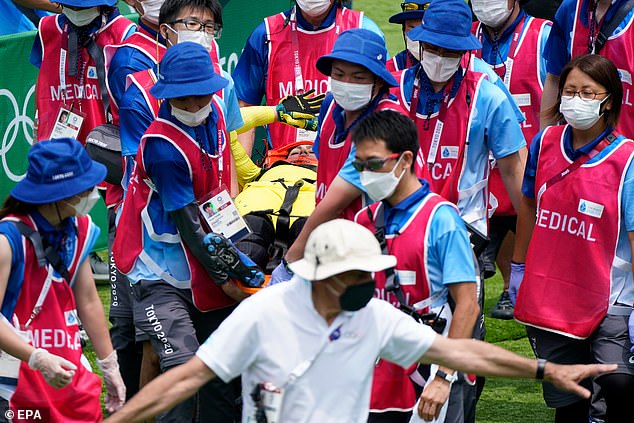 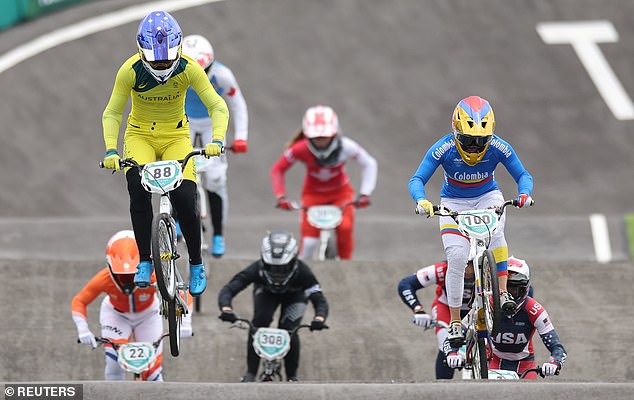 Sakakibara has since managed to regain consciousness from the horror collision and gave a teary interview to Channel 7 at the racetrack upon realising her dreams of winning the gold medal had been taken away.

‘I feel like I let everyone down especially my brother,’ she said in between tears.

‘I can’t believe it’s over. It just really sucks for sure.

‘I want to say to everybody back home thank you so much for supporting me. It would have been great to be in that final and go for that gold, but this is the sport of BMX.

‘I just have to take this as a plus and make sure I come back stronger for Paris.’

Sakakibara fortunately came away with just a few bumps and bruises and will continue to be monitored for the next 24 hours as a precaution. 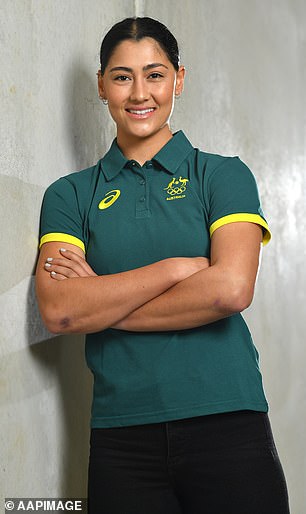 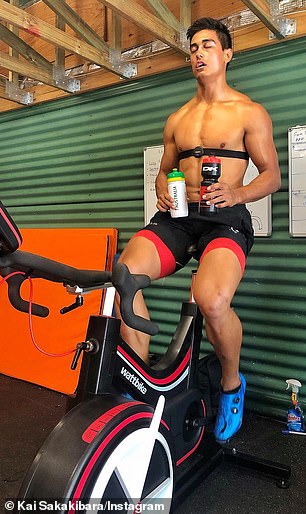 Cruel twist: Saya ‘s older brother Kai was left brain-damaged and in a coma for two months after an eerily similar crash while riding last year 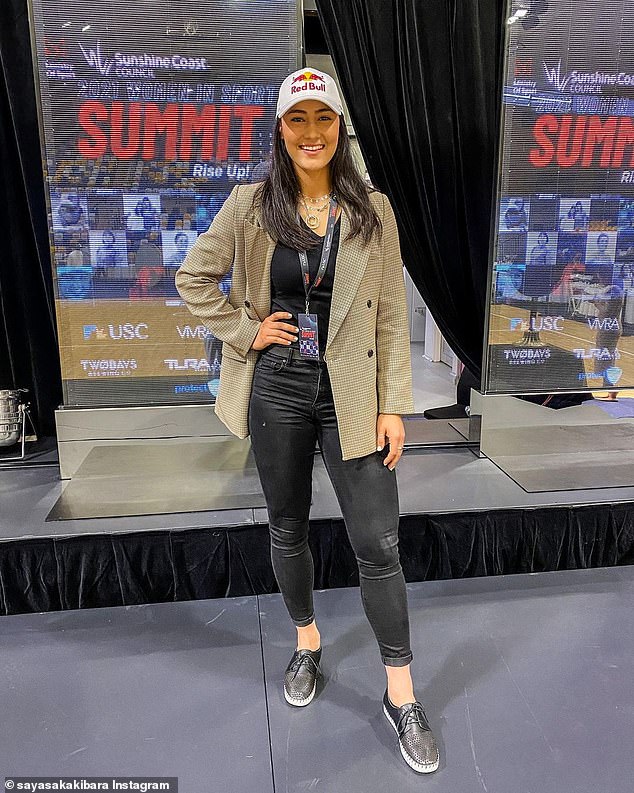 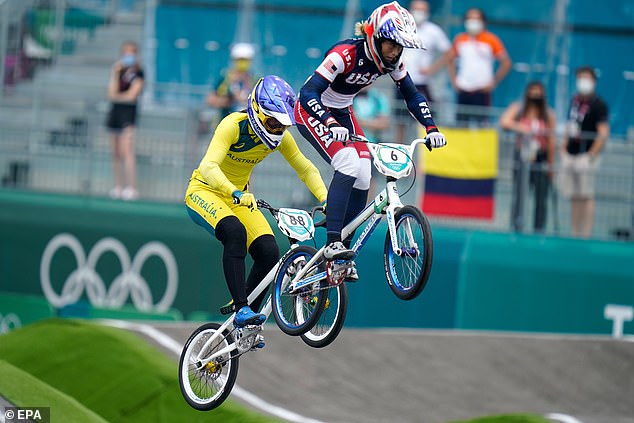 Kai and the rest of Saya’s family were watching on from Tokyo when she went down during the tense semi-final.

Speaking after Saya’s race, Kai said his sister was well on her way to getting a spot in the final before the unthinkable happened.

‘Today was all about the finishing off what we started yesterday. Which was to qualify through to the final, but unfortunately Saya had a bad stack and that didn’t happen, so that was really annoying,’ he said.

‘But either way I’m really proud of her. I can’t wait to see her race again.

When asked by the Channel 7 presenter if he wanted to give a message to his sister, Kai was a beacon of support.

‘Saya, I know this isn’t what you wanted, but either way I’m proud and lets go and prepare for the next one,’ he said.

In another emotional scene just minutes after she regained consciousness, Saya was seen walking over to the track to hug her boyfriend Romain Mahieu who had just finished sixth in his own final.

Twitter erupted after the collision with many sending their well wishes to Sakakibara while others called for Willoughby to be disqualified.

‘I feel that (Willoughby) should be disqualified after forcing the crash on race leader Saya Sakakibara in the semi finals of the BMX racing, there was no need for the touch,’ one tweeted.

‘Absolutely crushing for Saya Sakakibara. She was flying and taken down through no fault of her own,’ said another.

‘Very unfortunate to be fouled out by another rider. Stay strong Saya,’ one wrote.

‘Just curious, what happens when another rider unnecessarily clips your wheel like that? Are there official channels to protest or any consequences for what happened to Saya Sakakibara?’ another tweeted. 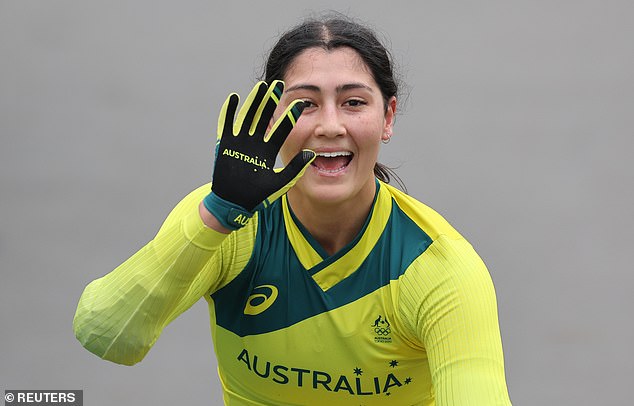 Sakakibara is seen ahead of her semi final on Friday 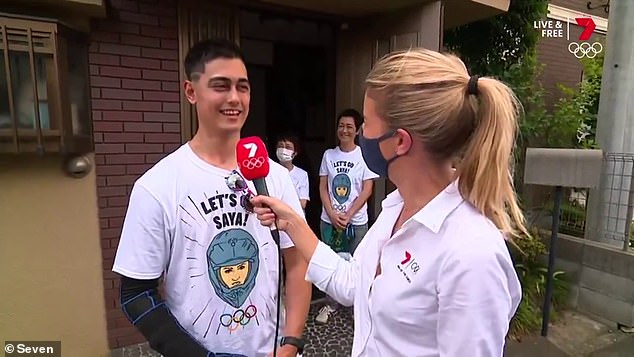 Kai has amazed doctors with his ongoing recovery – he can ride a bike again – but a long road still lies ahead. He is in Tokyo cheering on his little sister as she lives out her dream

Kai has amazed doctors with his ongoing recovery after his own traumatic fall 18 months ago – he can ride a bike again – but a long road still lies ahead.

He is in Tokyo to be part of the Paralympic torch relay, travelling with their Japanese-born mum and grandmother, but COVID-19 restrictions mean they cannot attend the BMX venue.

The Sakakibaras have been seen cheering on Saya during her entire Olympic campaign while donning their ‘Let’s Go Saya’ T-shirts.

After Saya’s heat to get into the semis on Thursday, Kai admitted he was feeling anxious.

‘I was so scared, because if she made one error, like she did in the first one, she would have been out,’ Kai told the Seven Network.

Willoughby is the American wife of Australian BMX star Sam who was left paralysed from the waist down after a 2016 training crash.

Meanwhile Australia’s other BMX rider Lauren Reynolds has finished fifth in the finals. 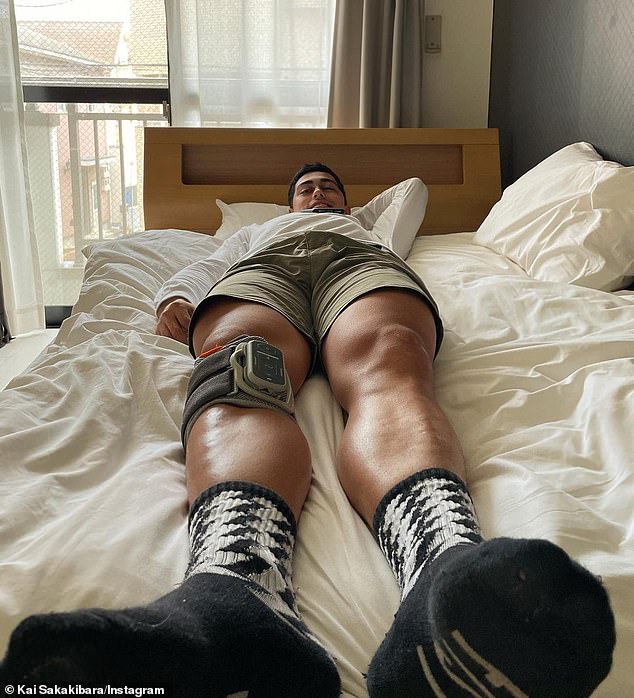 Kai is in Tokyo to be part of the Paralympic torch relay, travelling with their Japanese-born mum and grandmother 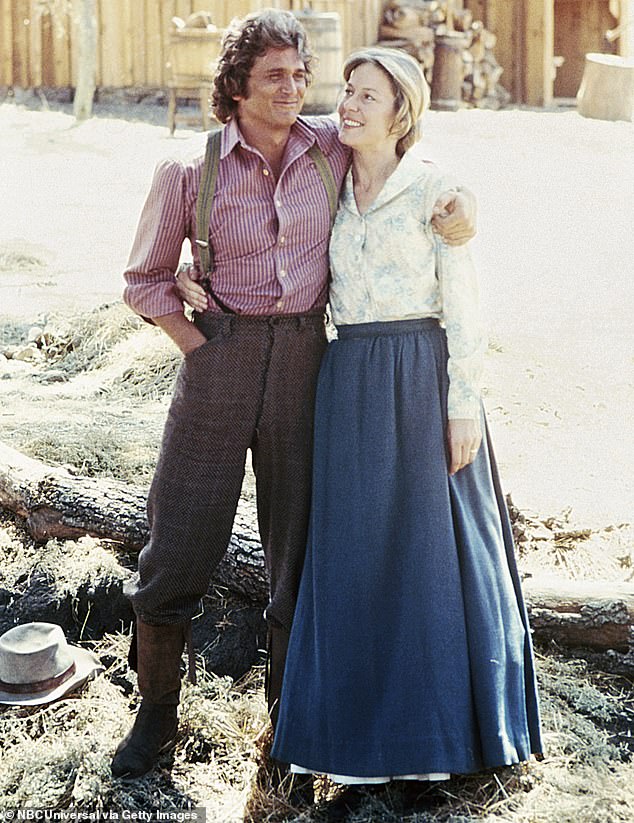 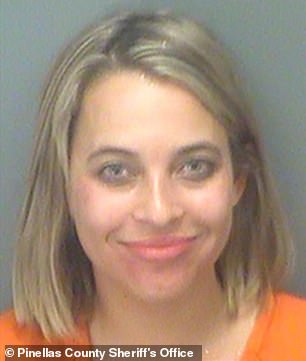 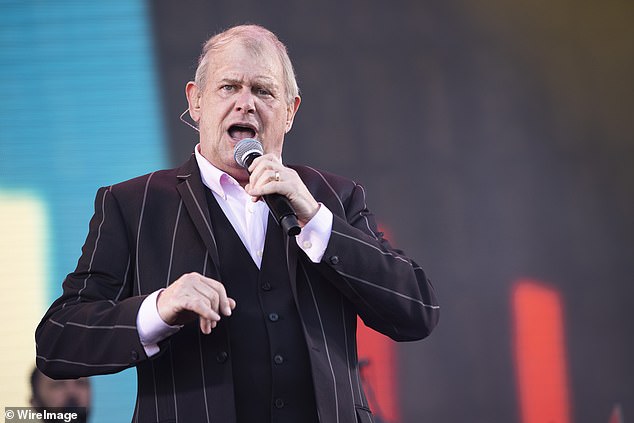 Winter storm brings FOUR tornadoes to Florida, with twisters that hit speeds of 118mph
45 mins ago

Pastor SPITS on hand, RUBS it on face of churchgoer: ‘Receiving a vision from God might get nasty’
47 mins ago