A Covid-19 test centre was hit by an explosion in the Netherlands early today in an area which has suffered a surge in coronavirus cases, as anger grows over the country’s lockdown measures.

Police said the building in the town of Bovenkarspel appeared to be the target of a deliberate attack after ‘something metal’ exploded outside the testing centre, weeks after a nationwide curfew led to riots in major Dutch cities.

‘What we’re saying is that something like that doesn’t just happen by accident, it has to be laid,’ police spokesman Menno Hartenberg said after the blast shortly before 7am on Wednesday.

Nobody was injured, but windows were shattered and the site was cordoned off for a bomb squad to investigate. 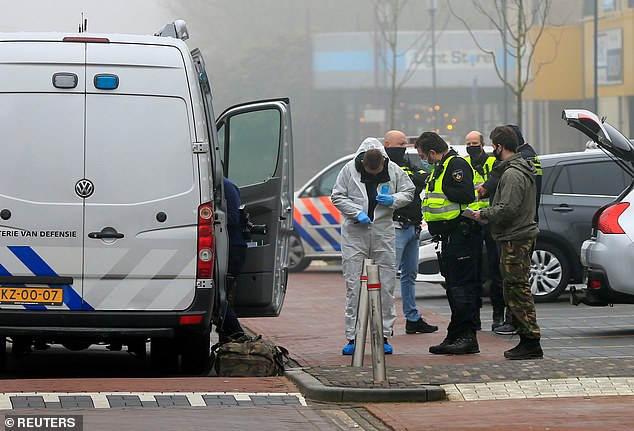 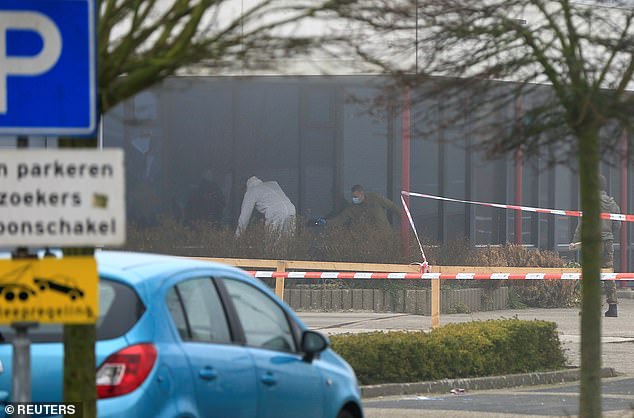 The town of Bovenkarspel, shown on this map of the Netherlands, saw an explosion at a Covid-19 testing facility today

Hartenberg, the police spokesman, said that the explosive ‘must have been placed’ outside the testing centre run by health authority GGD.

‘We don’t know yet exactly what exploded, the explosives experts must first investigate,’ he said.

The testing centre is at least the second to be attacked by protesters after a facility in the fishing village of Urk was set on fire during the late-January rioting.

On the worst night of rioting on January 25, more than 180 people were arrested for burning vehicles, stone throwing and widespread looting.

While the violence eventually calmed, anger at the lockdown measures has continued – with bar owners and prostitutes staging a raft of protests on Tuesday.

Sex workers – who usually work legally – are furious that they are still prevented from working under virus restrictions while other ‘contact professions’ such as hairdressers and beauty salons have been allowed to re-open from Wednesday.

Protesters from the sex industry gathered outside the Dutch parliament in The Hague on Tuesday arguing that they were being discriminated against.

‘You can go to the hairdresser or you can go to a massage therapist but you can’t go and see a sex worker,’ said one.

Meanwhile, cafes across the country symbolically opened their terraces and served food to inflatable dummies to protest the lockdown. 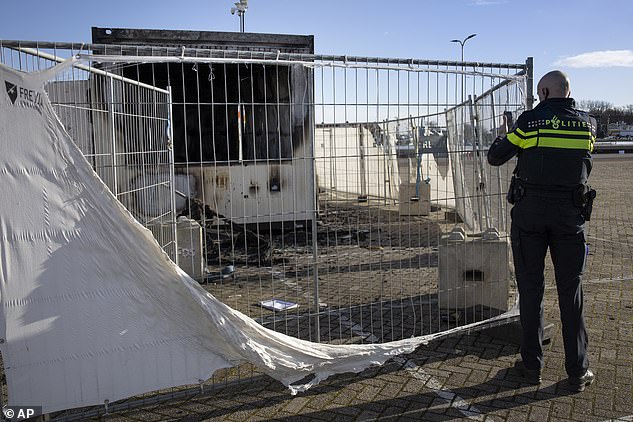 In January, this testing centre in the fishing village of Urk was set on fire during rioting across the country on the first night of a nationwide curfew 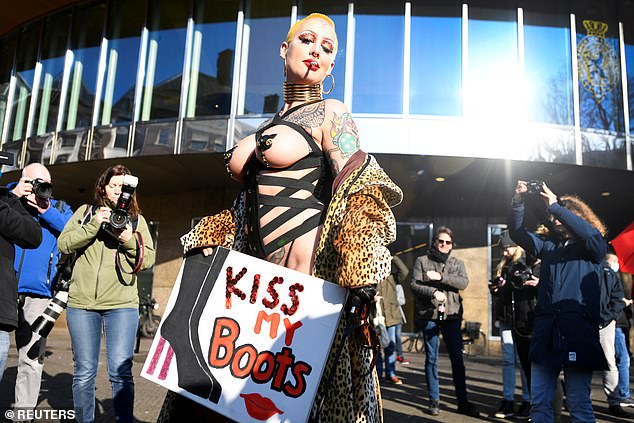 A woman holds a placard as a group of Dutch sex workers demonstrate in The Hague on Tuesday, saying they are being discriminated against when hairdressers can re-open

The pandemic has taken a brutal economic toll in the Netherlands with turnover in the food and accommodation sectors plunging by 70.4 per cent in 2020.

The government announced a partial easing of last week with secondary schools re-opening and young people allowed to play sports, but the wider lockdown will remain in place until at least March 15.

Anti-lockdown campaigners initially succeeded in getting a court to overturn the curfew, saying the government had overstepped its emergency powers.

But an appeals court in The Hague overturned that decision on Friday, saying the drastic measures were ‘justified’ to rein in the coronavirus outbreak.

While Dutch infection rates have fallen from their winter peak, they are still very high in the so-called safety region of North Holland (North) which includes Bovenkarspel.

The region saw 360 new cases on Tuesday, representing a very high figure of 54 infections per 100,000 people in the previous 24 hours.

Across the Netherlands, the figure was 23 infections per 100,000, making the region one of the country’s major hotspots.

More than 14 per cent of tests came back positive in North Holland (North), compared to a figure of nine per cent across the Netherlands.

And Dutch health authorities have been slow even by the EU’s standards in distributing vaccines, with only 5.7 doses handed out per 100 people so far. 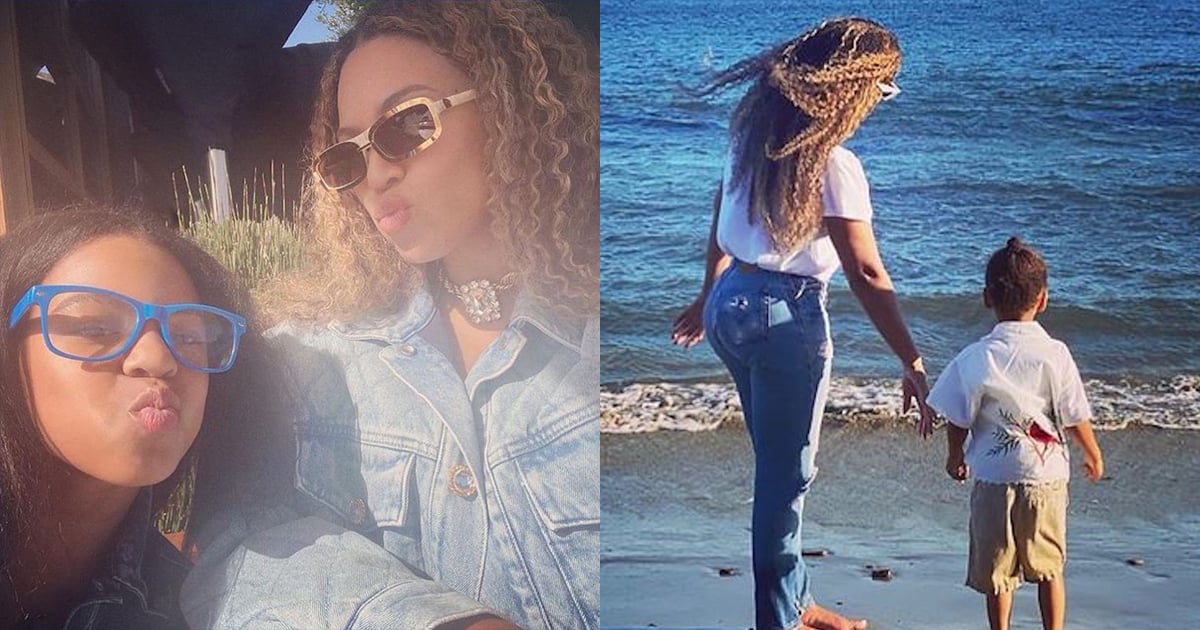 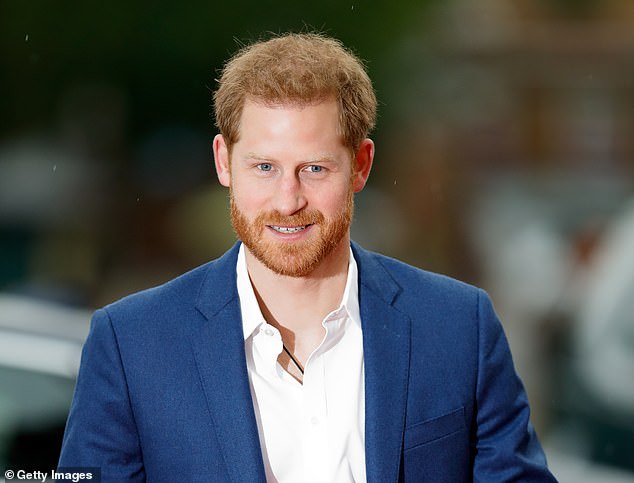 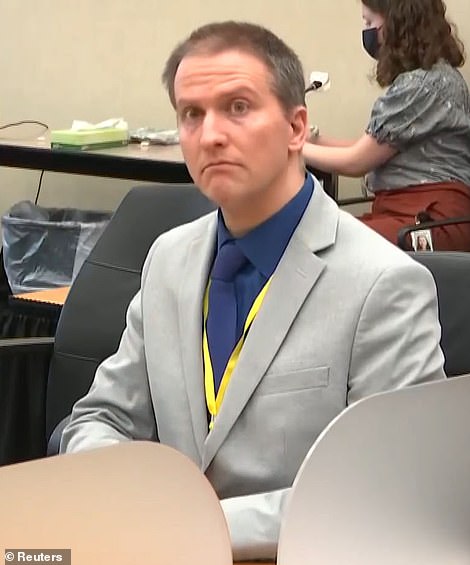 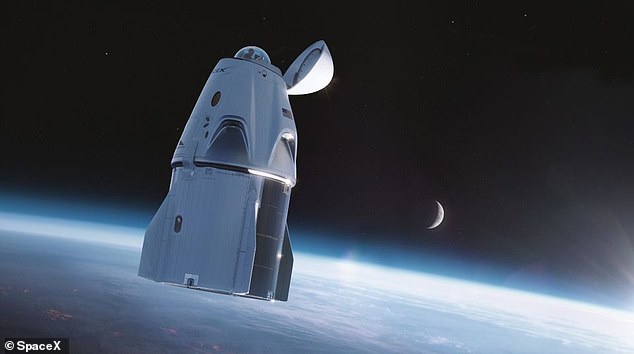