A Bill O’Reilly accuser who reached a $9 million settlement after accusing her Fox News boss of sexual harassment has claimed that he allegedly once told her he was ‘going to make her play’ even after she denied his advances.

In a lengthy interview with the Daily Beast on Tuesday, Andrea Mackris broke her years-long silence to speak for the first since signing an NDA and settling her sexual harassment lawsuit against O’Reilly back in October 2004.

Mackris, who worked as a producer on O’Reilly’s show for four years, claims she was pressured into signing the NDA and that she has lost everything she since agreed to keep silent about her allegations.

In response to Mackris speaking out, O’Reilly’s attorney Fredric S. Newman pointed to the public statement she issued in 2014 in which she said ‘there was no wrongdoing whatsoever by Mr O’Reilly’.

Included in her lawsuit was recordings of calls he made to Mackris late at night in which he allegedly shared his sexual fantasies with her, including how he wanted to use a ‘loofah thing’ on her in the shower, which he mistakenly called a ‘falafel’.

The now-50-year-old revealed that she first decided to take legal action after receiving one of those phone calls in which she claims O’Reilly told her she needed to forget that he was her boss. 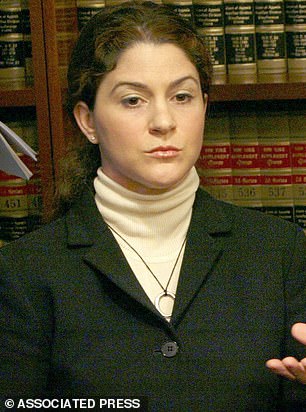 ‘It’s why I went to lawyers. I had to find protection. I wasn’t safe at work,’ she told the Daily Beast regarding the phone call.

‘He said that it wouldn’t be sex because we wouldn’t be touching. He said I needed to suspend the fact that he was my boss. He characterized this ‘little fantasy outlet’ as ‘healthy’ for me and simply ‘blowing off steam.’ He said it would keep me in traction for the next guy I dated. He made it sound as if he would be doing me a favor.

‘I was trying to snap him out of it, I was thinking that it would click for him one of these times how wrong this was. I wanted very badly for him to stop and I made that abundantly clear.

‘I went to lawyers after that phone call. I stood up to Bill O’Reilly’s sexual abuse in the workplace alone. And for that I lost everything I ever was and ever hoped to be.’

Mackris, who moved back to her native St. Louis, Missouri in the aftermath, says she is still alarmed by the experience, which was covered widely in the media at the time.

She said she felt pressured to sign the NDA as part of the settlement, which she claims allowed O’Reilly to paint her as a liar when he went on air declaring there was ‘no wrongdoing in the case whatsoever by anyone’.

‘By the end of it, I felt that my a** had been so thoroughly handed to me as a fat, unattractive, liar, opportunist sl*t and my profession had printed that everywhere,’ she said of the media coverage of her lawsuit. 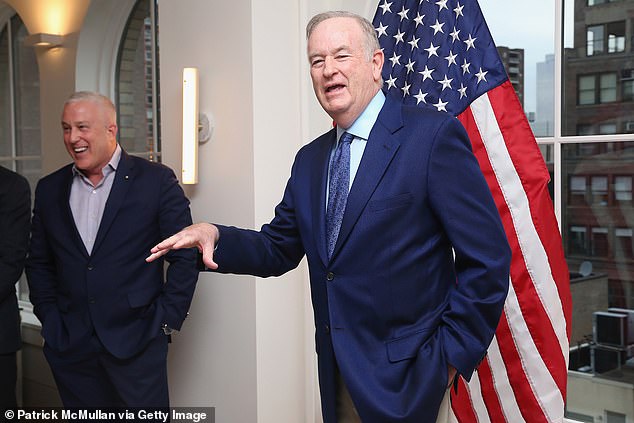 O’Reilly continued to work at Fox News until he was fired in 2017 when it was made public he had paid $13 million to five women for harassment allegations. He is pictured in New York in 2018

After the lawsuit was settled, O’Reilly continued to work at Fox News until he was fired in 2017.

He was ousted after it was made public that he had paid $13 million to five women, including Mackris, over the years regarding sexual harassment allegations.

‘I may not get the past 17 years back but there is one way I can retrieve my power from this storm of lies, loss, greed and grief. It’s the same thing I did back in 2004 before Fox, Bill O’Reilly and their teams of willing executioners bound me to a contract that promises to ruin whatever is left of me if I dare do it again. Tell the truth. Walk free,’ Mackris said.

Mackris, who is now writing a novel, acknowledged that she may face legal action for breaking the terms of her NDA.

Details of her alleged harassment were played out at the time in depth in the lawsuit.

O’Reilly took Mackris out to dinner in May 2002 to discuss her future at the company and praised her work before announcing he was giving her a raise, according to the lawsuit.

Mackris alleged he also offered advice on how to meet men since the producer had recently broken up with her fiance.

The conversation continued with O’Reilly saying he had phone sex with another woman at Fox before suggesting he do the same with her, Mackris claimed.

He ended the dinner by winking and telling her, ‘Stick with me and I’ll take care of you,’ the lawsuit stated.

Mackris also accused O’Reilly of suggesting they have a menage-a-trois and regaling her with stories of his sexual encounters, before a telephone call in August 2004.

Mackris said a similar phone call occurred on September 21, 2004, during which he allegedly said: ‘Next time you’ll come up to my hotel room and we’ll make this happen.’

The lawsuit also accused O’Reilly of threatening Mackris, saying any woman who complained about him would ‘pay so dearly that she’ll wish she’d never been born’.

He first accused her of trying to blackmail him for $60million in an preemptive campaign that enlisted a public relations firm to paint Mackris as a promiscuous gold-digger.

As part of the settlement, O’Reilly had to drop that lawsuit against Mackris.

FOX News issued a statement saying: ‘The claims outlined in this report took place under the leadership of Roger Ailes, who along with Bill O’Reilly and the management referred to here, have been long gone from the network.

‘Since the summer of 2016, FOX News has worked tirelessly to transform the company culture, including naming a new chief executive, tripling the size of our HR footprint, designating a new senior leadership team predominantly comprised of women and establishing a Diversity, Equity and Inclusion Council.

‘We have also instituted mandatory in-person, live harassment prevention training, designated multiple avenues to report ‘concerning behavior’ including an anonymous alert line, enhanced company-wide communication with quarterly company meetings and mentoring events, as well as implemented a zero tolerance policy regarding workplace misconduct of any kind for which we engage outside independent firms to handle all investigations.’ 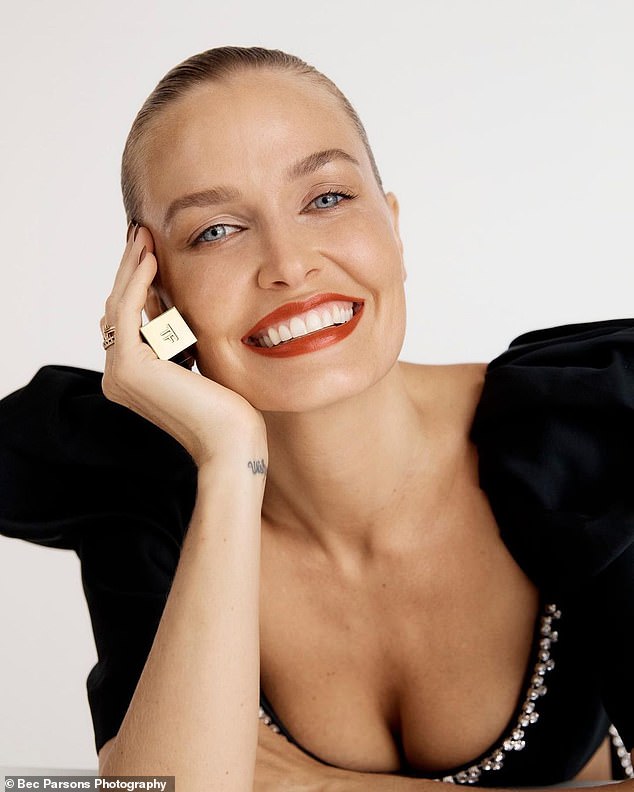 Lara Worthington shows off her line-free visage in stunning shoot 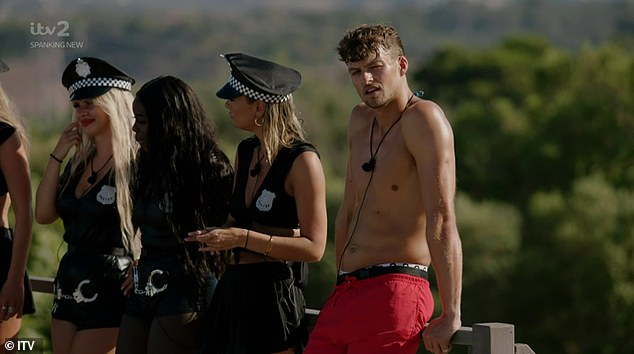 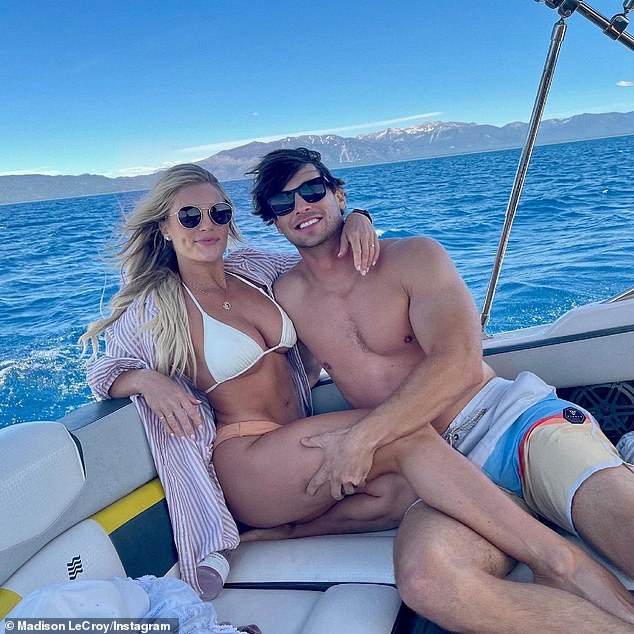 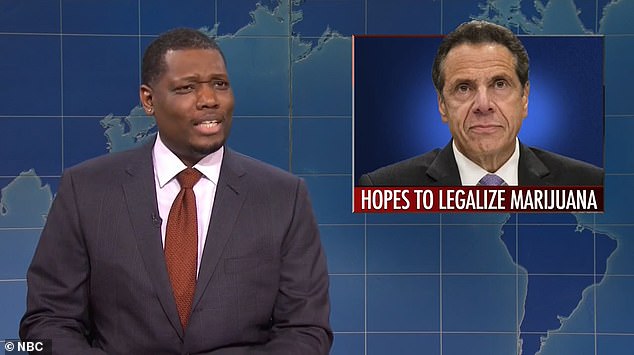