Biden’s $118million cabinet: Net worth of secretaries revealed – with Treasury Secretary Janet Yellen and AG Merrick Garland at $20million down to Pete Buttigieg with $750,000

President Joe Biden‘s cabinet members have managed to build back their portfolios – with the average member of his team amassing $7 million in wealth, for a total haul of $118 million.

The hefty total in fact represents a considerable drop-off from the Donald Trump years, when the president’s cabinet contained several multi-millionaires, with a combined worth of $6.2 billion.

Two cabinet members are worth considerably more than the president himself, who comes in at about $8 million.

President Joe Biden and first lady Jill Biden are worth an estimated $8 million. Biden has assembled a cabinet of seasoned former government officials who collectively are worth $118 million

Treasury Secretary Janet Yellen is worth $20 million, having padded her balance sheet through paid speeches after stepping down as chair of the Federal Reserve,  Forbes reported in a survey of the entire 15-person cabinet.

Her predecessor, Steven Mnuchin, was worth 20 times as much, at an estimated $400 million.

Attorney General Merrick Garland is worth $20 million, with much of it coming through an inheritance from his in-laws.

Just as there are haves and have-nots in the economy that Biden wants to address with a corporate tax hike and increase in capital gains rates for top earners, there are deep divides in wealth among the cabinet. Biden is seeking to use tax and spending policies to reduce income inequality, while progressive Democrats in Congress pitch ideas including a wealth tax.

Biden on a trip to Wisconsin Tuesday called out U.S. companies that pay no corporate income tax. 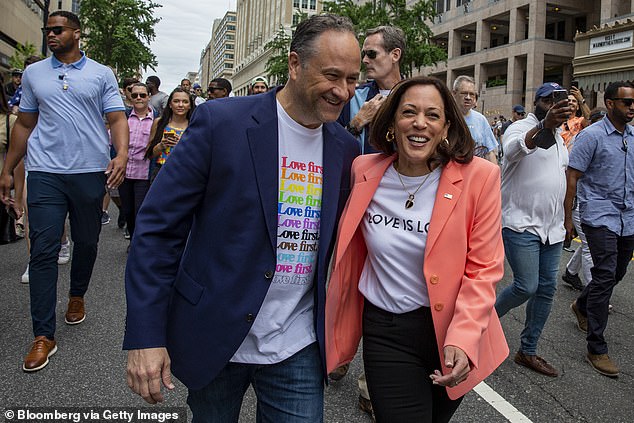 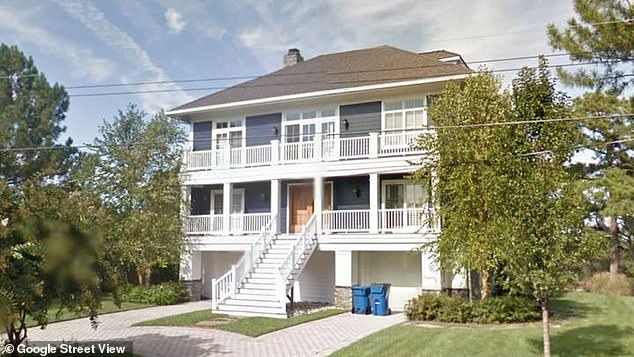 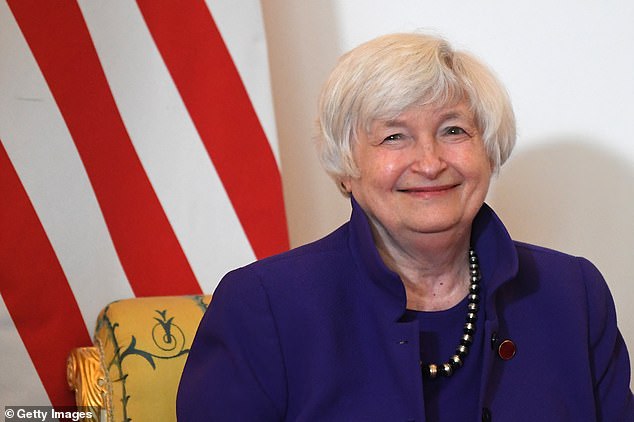 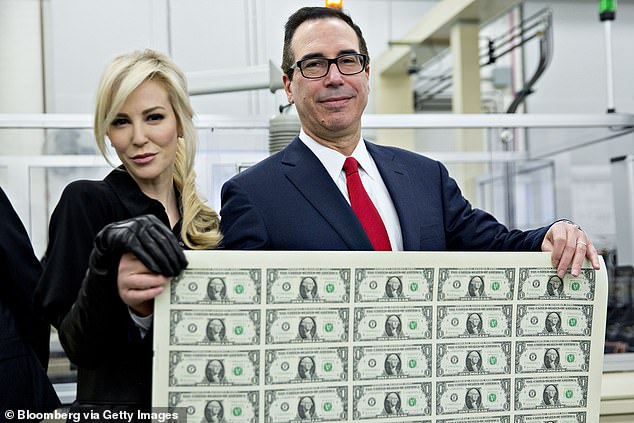 None of Biden’s cabinet members can compare to the buying power of Trump’s cabinet, including Treasury Secretary Steven Mnuchin, who was worth about $400 million. He is pictured with wife Louise Linton 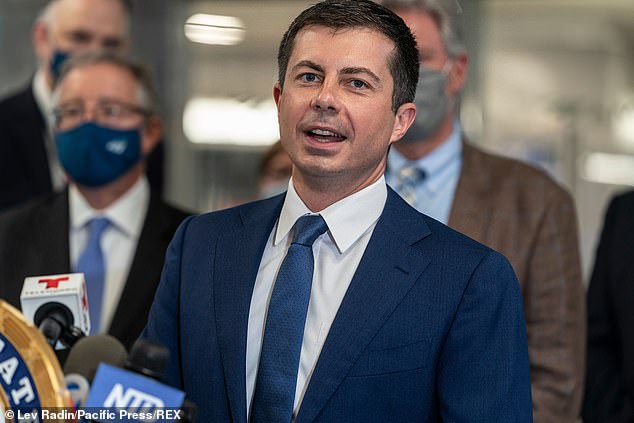 Transportation Secretary Pete Buttigieg is worth an estimated $750,000. He previously served as the mayor of South Bend, Indiana

Not all of Biden’s advisors are in the money. Interior Secretary Deb Haaland has a net worth of zero, with more than $15,000 in student loans. She served a single term in the House, where the salary is $174,000, before being confirmed to her cabinet post.

Secretary of State Anthony Blinken is worth an estimated $10 million, a figure pumped up through his founding of WestExec Advisors, a consulting firm that boasts it “brings the Situation Room to the boardroom.” A Bevy of Biden administration staffers worked there, among them White House Press Secretary Jen Psaki and Director of National Intelligence Avril Haines.

Transportation Secretary Pete Buttigieg is worth an estimated $750,000. He previously served as the mayor of South Bend, Indiana. 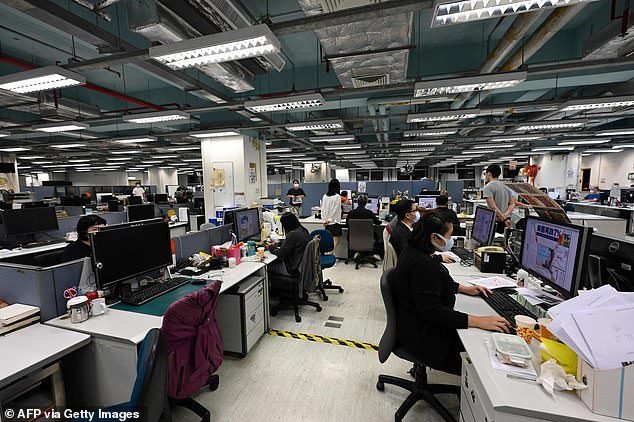 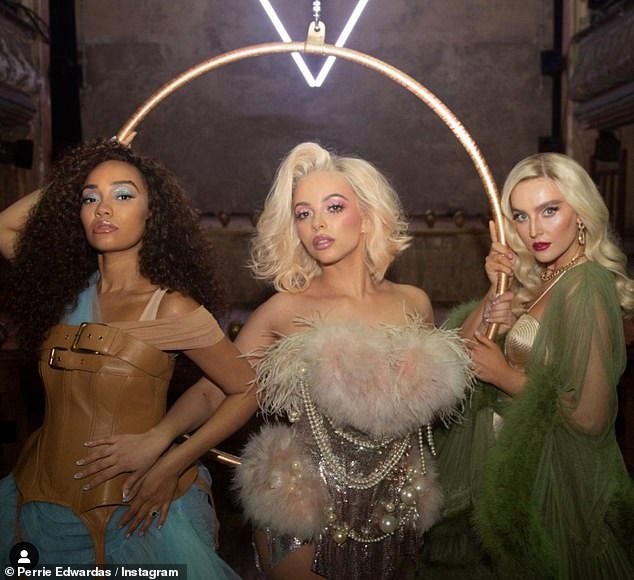 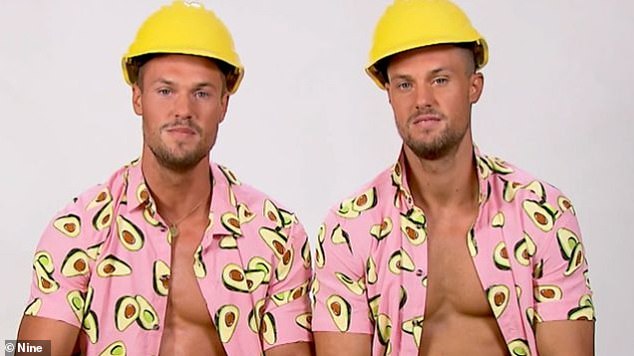 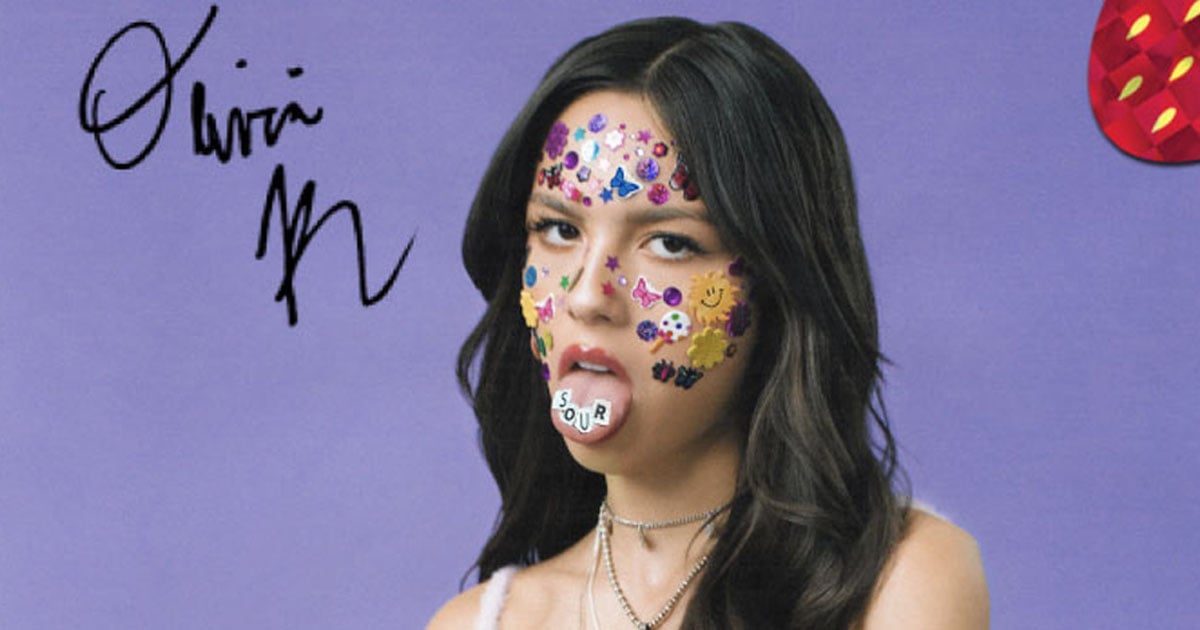 I Know What You Did Last Summer: Could Clara Actually Be Alison and Lennon’s Mom?
23 mins ago

DEREK LAWRENSON: Tiger Woods silence is deafening… we haven’t had an official update since March
52 mins ago