Biden and Vice President Kamala Harris were supposed to headline an Atlanta rally last month, but plans changed after the Atlanta spa shootings, in which Asian women made up the bulk of the victims.

The president and vice president spent part of the March 19 trip speaking with Asian-American community leaders and delivering remarks aimed at curbing hate crimes against Asians, which have been on the rise since the advent of the coronavirus pandemic.

Now safely able to engage in politics again, Thursday’s ‘Back on Track’ rally will be an attempt to reinforce the president’s message from Wednesday night, when he delivered his first address before Congress, where he touted early accomplishments and asked them to do more.

It will also serve as a thank you to the voters of Georgia who delivered for Biden thrice: once in the November presidential election, swinging it blue for the first time since 1992. And then a second and third time on January 5, with the election of Democratic Sens. Raphael Warnock and Jon Ossoff in two run-off races. 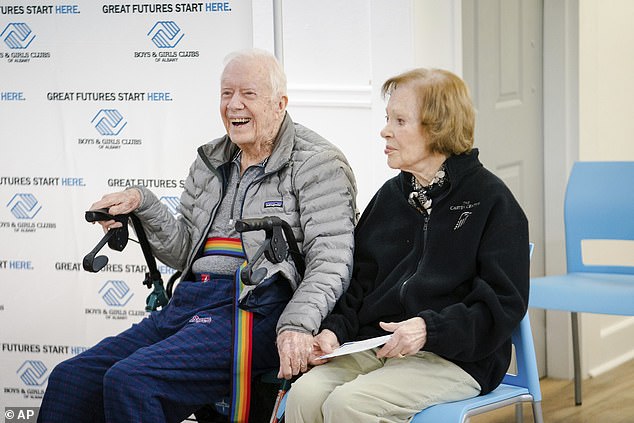 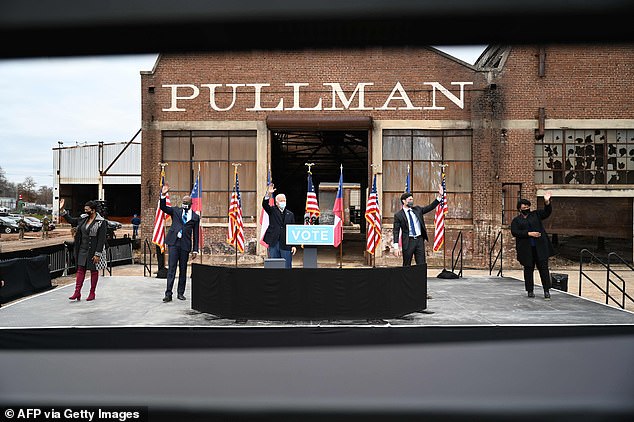 President-elect Joe Biden (center) is photographed campaigning on behalf of Rev. Raphael Warnock (center left) and Jon Ossoff (center right) in December in the run-up to the January run-off elections 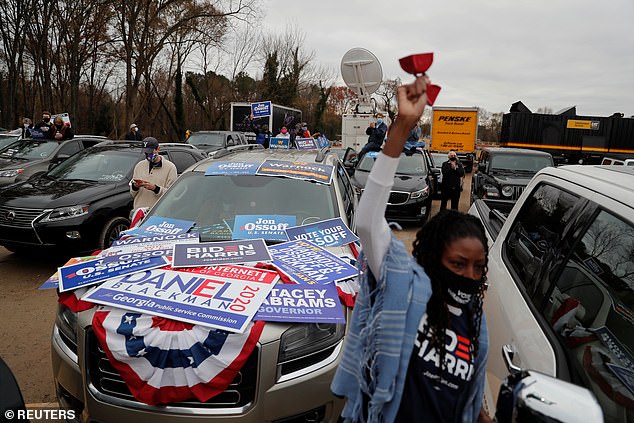 Thursday night’s drive-in car rally will likely be one of the last of its kind, as more and more Americans are being vaccinated against COVID-19

Those elections gave Biden a slim Democratic majority in the Senate, allowing him to sign his proposed $1.9 trillion COVID relief package in March.

With the passage of that bill, Biden made good on a promise he made to Georgia voters at a rally in January, the night before the election.

A round of $1,400 stimulus checks was included in the March COVID-19 relief package, piggybacking on the $600 checks that were included in the package in December, signed by former President Donald Trump.

Now Biden needs to get public sentiment on his side to pass two more trillion dollar-plus packages: his American Jobs Plan and American Families Plan.

Thursday night’s drive-in rally – set up like a drive-in movie theater format to enforce social distancing – may be one of the last of its kind, as more and more Americans are vaccinated against COVID-19.

Biden and the Democrats used drive-in type rallies as a way to pump up the base in the months leading up to the November election, as Trump continued to pack unmasked thousands into his rallies.

Biden was pushing that he took the threat of the coronavirus seriously.

Biden and first lady Jill Biden’s first stop in the state Thursday will be to Plains, Georgia for a meeting with the Carters away from the press.

The White House has given no specific reason for the meeting.

The Bidens, along with Jimmy Carter, 96, and his wife Rosalynn, 93, have all been vaccinated.

The Carters had to miss Biden’s January inauguration due to COVID-19 concerns for people of their age.

Biden and Carter lost a close friend earlier this month with the death of Walter Mondale, who had served as Carter’s vice president. 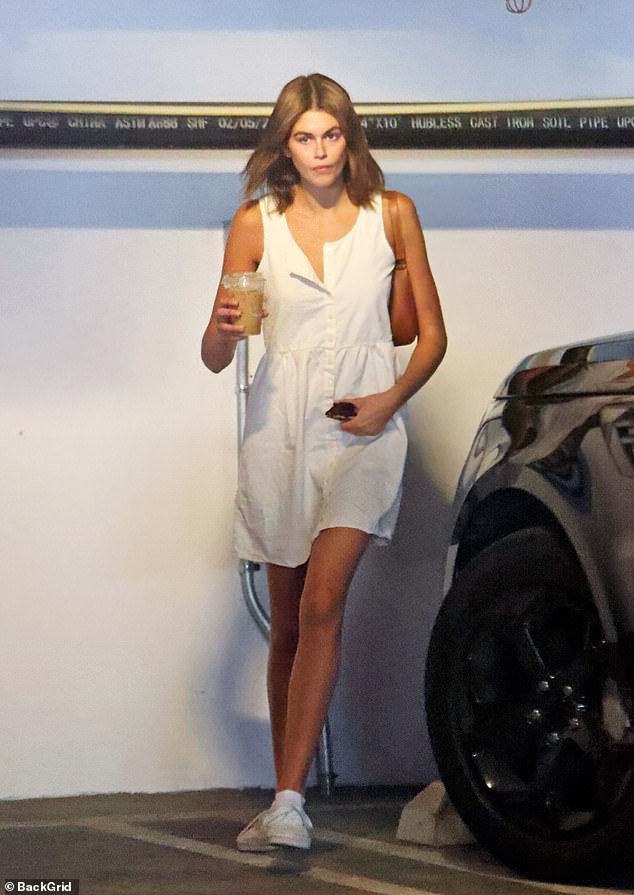 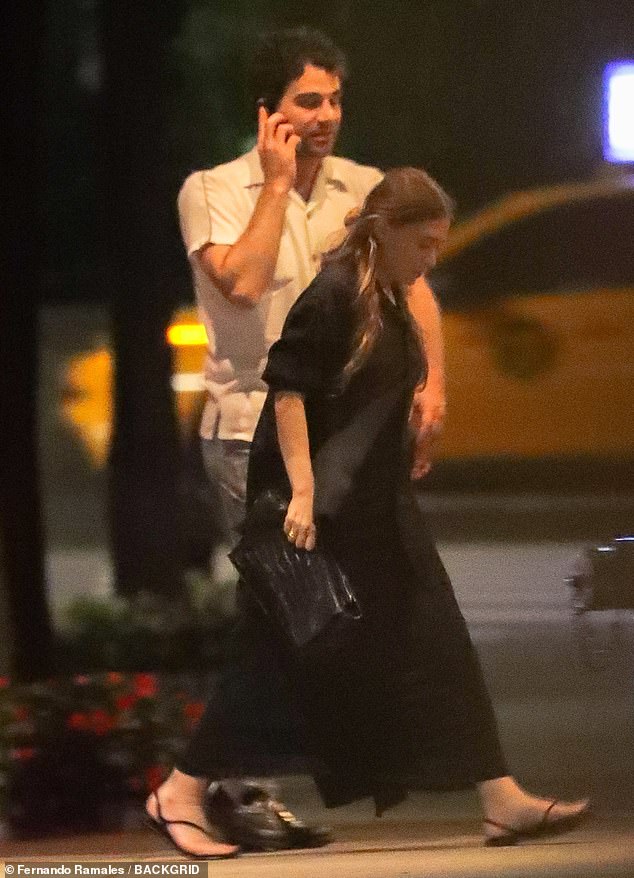 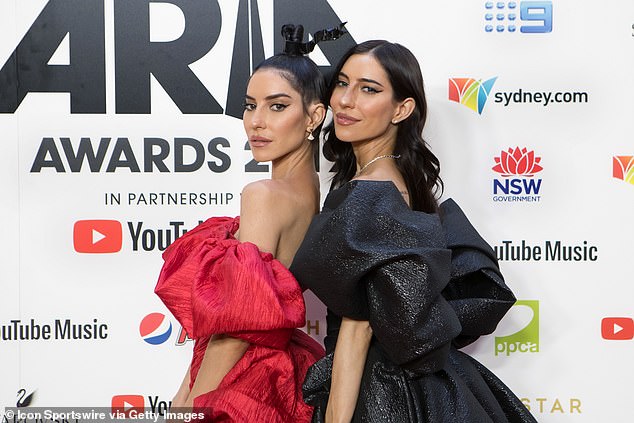 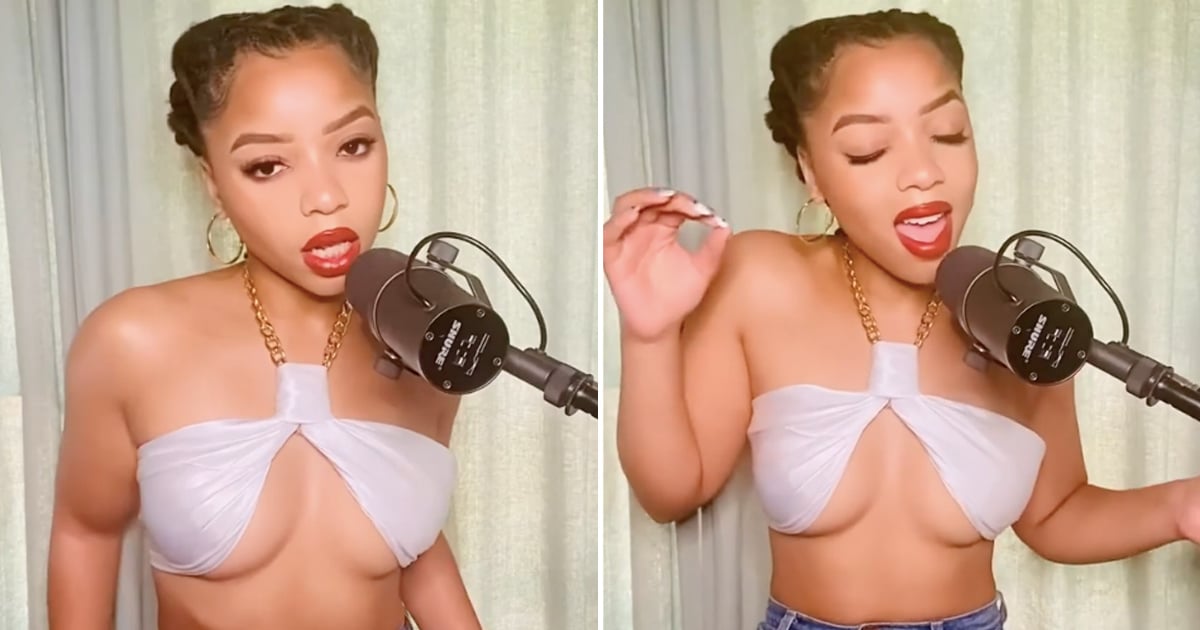