REVEALED: 95% of federal workforce have complied with Biden vaccine mandates – with 90% getting at least one shot and 5% have submitted exemptions


Around 95% of federal workers received at least one dose of a COVID-19 vaccine by Monday’s deadline set by President Joe Biden, the White House said on Monday.

The other 5% have submitted exception applications that were already approved or are pending.

Biden signed an executive order in September mandating the vaccine for all federal employees and they have until the end of Monday to provide proof of their vaccination or receive an exemption.

‘Agencies are beginning an education and counseling process, followed by additional enforcement steps over time if needed,’ a senior administration official told DailyMail.com.

The federal government is the largest employer in the US with more than 3.5 million employees around the nation. The latest vaccination figures mean at least 175,000 have still not received the shot or applied for an exemption. 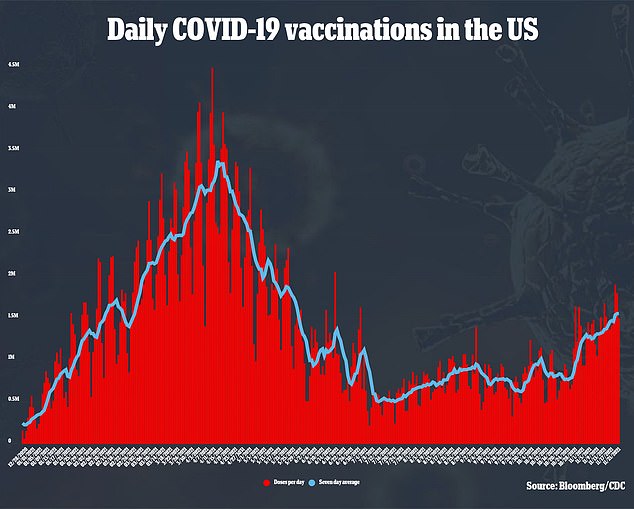 Those workers who secure an approved medical or religious exemption will be regularly tested. The White House said there would be no disruption in federal services because of the mandate.

The Transportation Security Administration said there would be no interruptions in service at airports as the country approaches Thanksgiving, one of the biggest travel holidays of the year.

Biden is using the federal government as a testing scenario as his administration pushes for companies to require vaccines for employees.

‘More than 90% of those employees will have had at least one shot, with the vast majority of those employees being fully vaccinated,’ the official said of federal workers. ‘These numbers make one thing perfectly clear: vaccination requirements work.’

The president and his officials argue vaccination is the surest way to end the pandemic.

About 70% of the population has had at least one shot and 59% is fully vaccinated.

And the number of COVID deaths in the United States recorded in 2021 has surpassed the toll in 2020, according to CDC and Johns Hopkins University data.

The total number of reported deaths linked to the disease topped 770,800 on Saturday, which is more than twice the 385,343 COVID-19 deaths recorded last year.

The president’s mandate for companies with more than 1,800 employees require vaccinations or regular testing is in limbo after a federal court blocked the measure.

The Occupational Safety and Health Administration (OSHA) announced last week it was ceasing all enforcement of the measure of the emergency order, which ordered companies with 100 or more employees to require vaccines or weekly Covid-19 testing, or face a maximum of $136,532 in fines, $13,653 per violation.

‘While OSHA remains confident in its authority to protect workers in emergencies, OSHA has suspended activities related to the implementation and enforcement of the ETS pending future developments in the litigation,’ the OSHA website said.

The rule is set to encompass 84 million workers, and employers could face fines for ‘willful violations.’

The announcement came after the 5th Circuit Court of Appeals in New Orleans upheld a stay on a ruling ordering OSHA to ‘take no steps to implement or enforce’ the emergency order ‘until further court order.’ 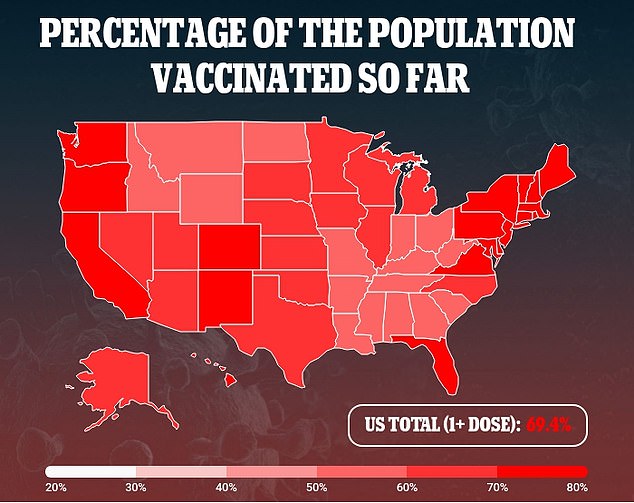 Meanwhile, the Department of Justice (DOJ) promised to ‘vigorously defend’ Biden’s vaccine mandate after it was held up by federal court.

At least 27 states have filed legal challenges in at least six federal appeals courts after OSHA released its rules on November 4. 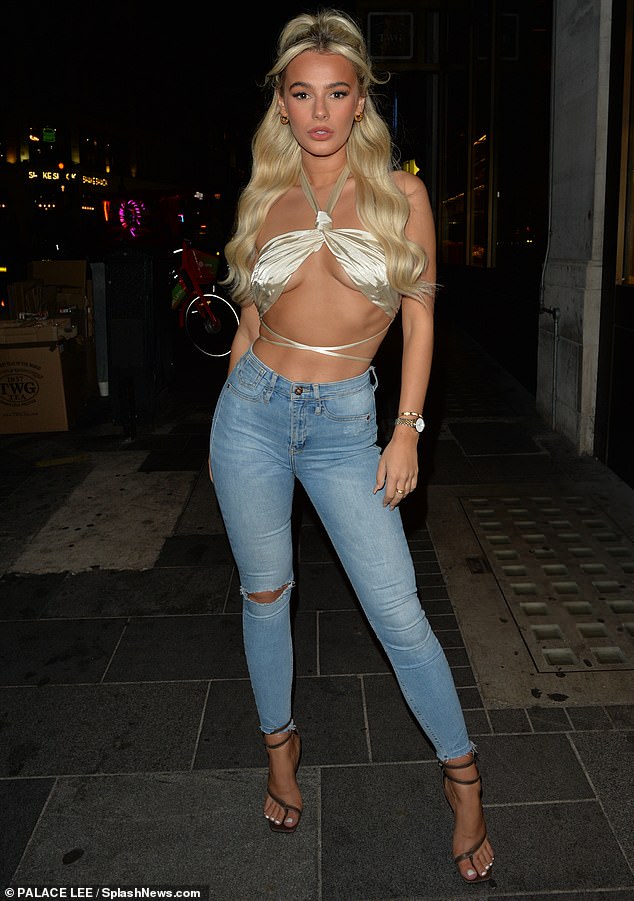 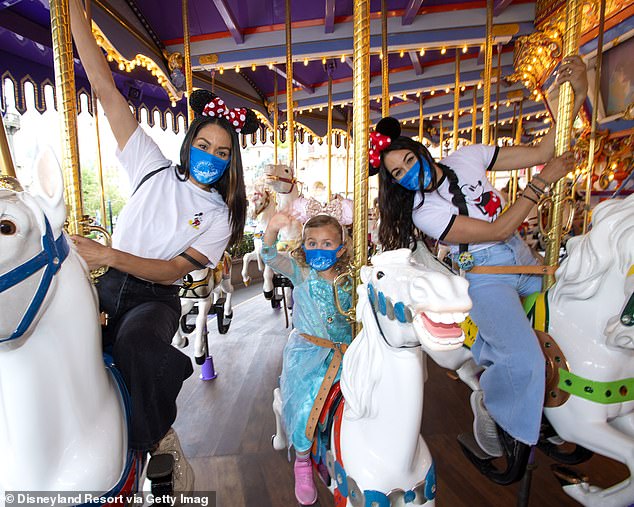 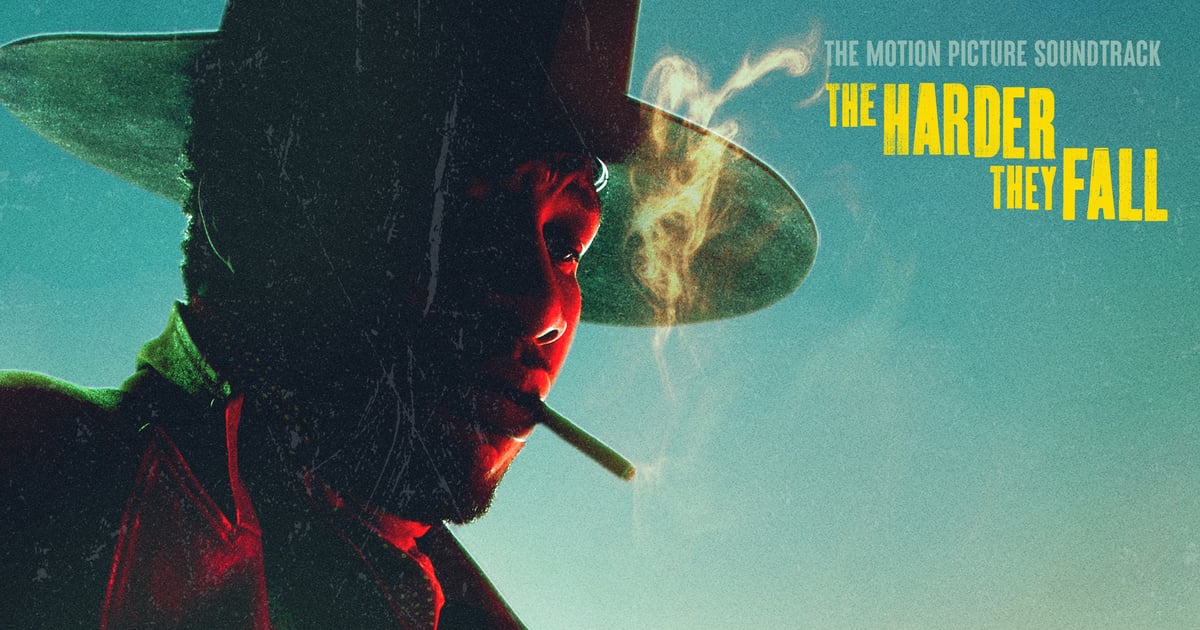 Hold Onto Your Cowboy Hat! The Harder They Fall Soundtrack Is Stacked With Hits