The Biden administration is considering requiring tobacco companies to reduce the nicotine level of cigarettes sold in the U.S.

Stocks in tobacco plummeted on Monday as rumors swirled.

Public officials are rapidly approaching a deadline on which a ban on menthol cigarettes must be approved or not and it may be that the nicotine cap could be introduced around the same time.

Menthol cigarettes have long been considered a gateway product for younger smokers.

A decision will need to be made by April 29th.

The 2009 Tobacco Control Act banned candy, fruit and spice flavorings in cigarettes because of their potential appeal to children, but did not deal with menthol.

The administration is now weighing up whether to adjust nicotine levels at the same time as a menthol ban or introduce it as a separate policy, according to the Wall Street Journal.

Although nicotine doesn’t cause cancer, it does make smoking more addictive. 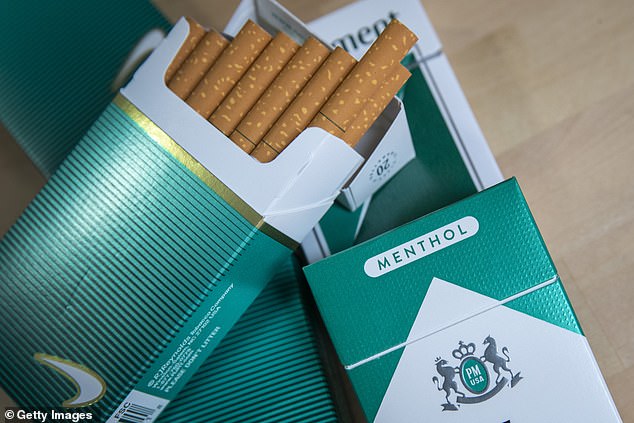 Smoking has been linked to 480,000 deaths in the US annually.

The idea behind reducing levels of nicotine would be to make the cigarettes less addictive and perhaps encourage smokers to quit or move to other safer products.

‘Any action that the FDA takes must be based on science and evidence and must consider the real-world consequences of such actions, including the growth of an illicit market and the impact on hundreds of thousands of jobs from the farm to local stores across the country,’ Altria spokesperson George Parman told CNBC .

‘Many consumers wrongly believe that a cigarette very low in nicotine content is lower in risk than traditional cigarettes, a misconception that poses a major hurdle in determining proposed rulemaking for low nicotine cigarettes,’ Reynolds American spokesperson Kaelan Hollon. 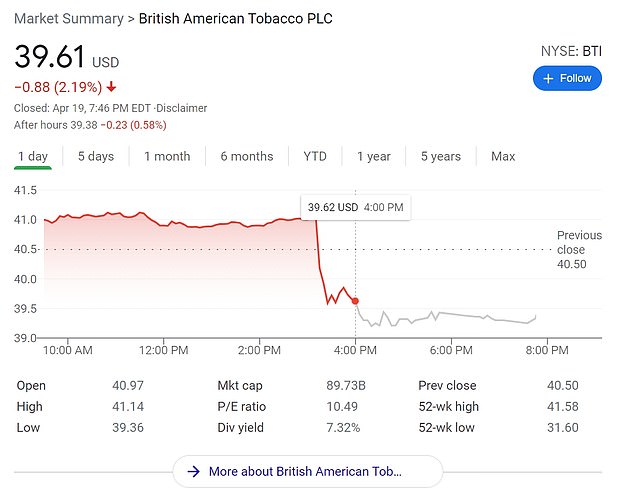 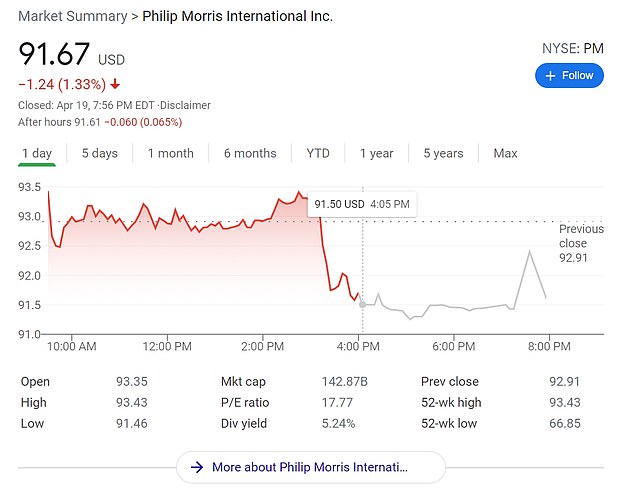 Philip Morris International shares ended the day down more than 1% despite not selling cigarettes in the U.S. 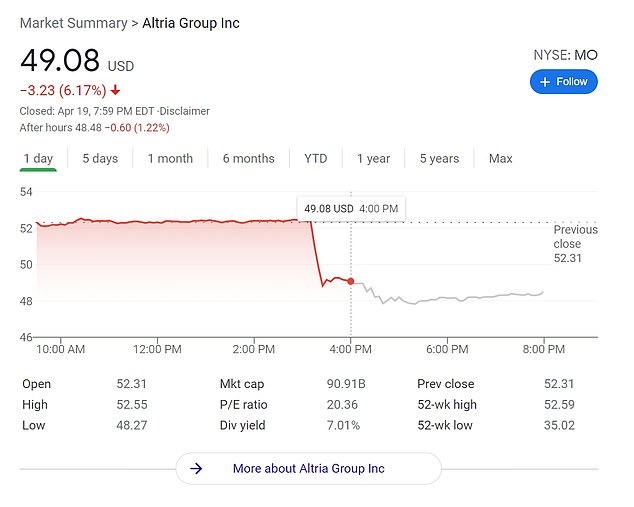 Shares in Altria shares closed down more than 6%

Gigi Hadid shares a selfie with her daughter Khai, seven months, at her mom's farm in Pennsylvania 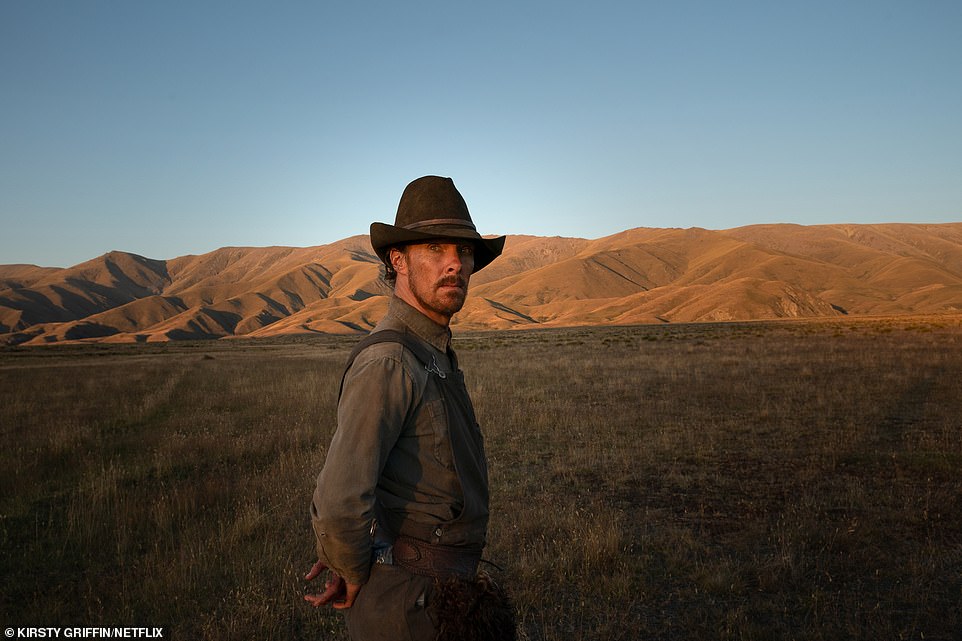 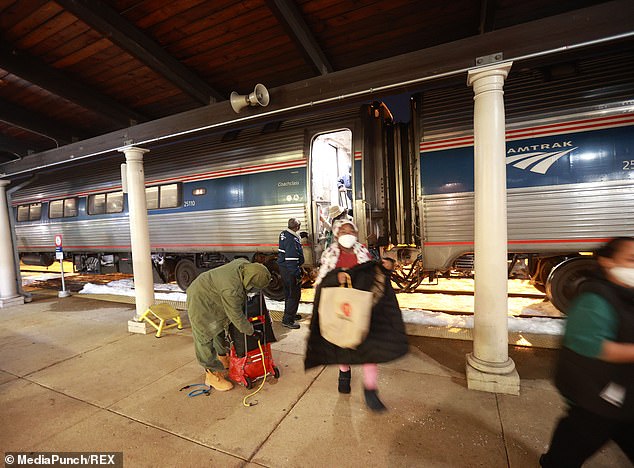 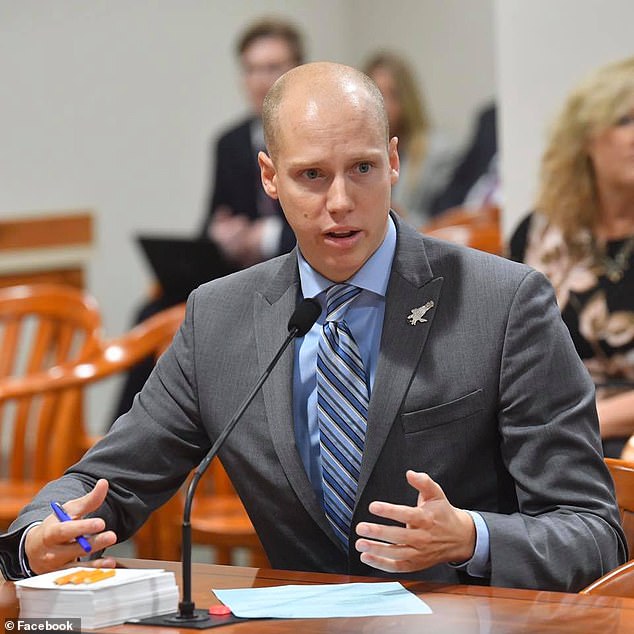 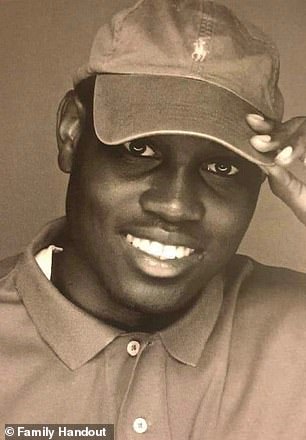