Joe Biden told Coast Guard graduates that he was a prankster in college and then teased them for being ‘a really dull class’ when they didn’t get a joke about the Navy during his first commencement speech as president.

‘As your commander in chief I’ve been looking forward to being able to do this for a long time. I want to keep the longstanding tradition: I hereby absolve all those serving restrictions [for] minor infractions – absolved’ that might otherwise mar the records of graduating cadets, he told them.

‘You have no idea how much I wish you’d have been able to do that in my graduation,’ he joked.  ‘You all think I’m kidding. I’m not. Minor infractions like using a fire extinguisher to hose down an RA, but other than that …’ he said, alluding to a prank he carried out on his dorm advisor at the University of Delaware.

Biden made the quip on a trip to the Coast Guard Academy in New London, where he spoke to cadets from the Bears stadium located on the Thames river.

At another point, he ribbed graduates for apparently failing to respond to an attempt he made to joke about inter-service rivalry when he mentioned the Navy.

He referenced the description of the Coast Guard as ‘that hard nucleus around which the Navy forms in time of war’, but didn’t get a reaction.

‘I would think you’d have an opportunity when I say that about the Navy to clap,’ he said. Then he got a laugh and the round of applause he was looking for.

President Joe Biden spoke to Coast Guard Academy graduates, and referenced a college prank where he hosed down the head of his college dorm with a fire extinguisher 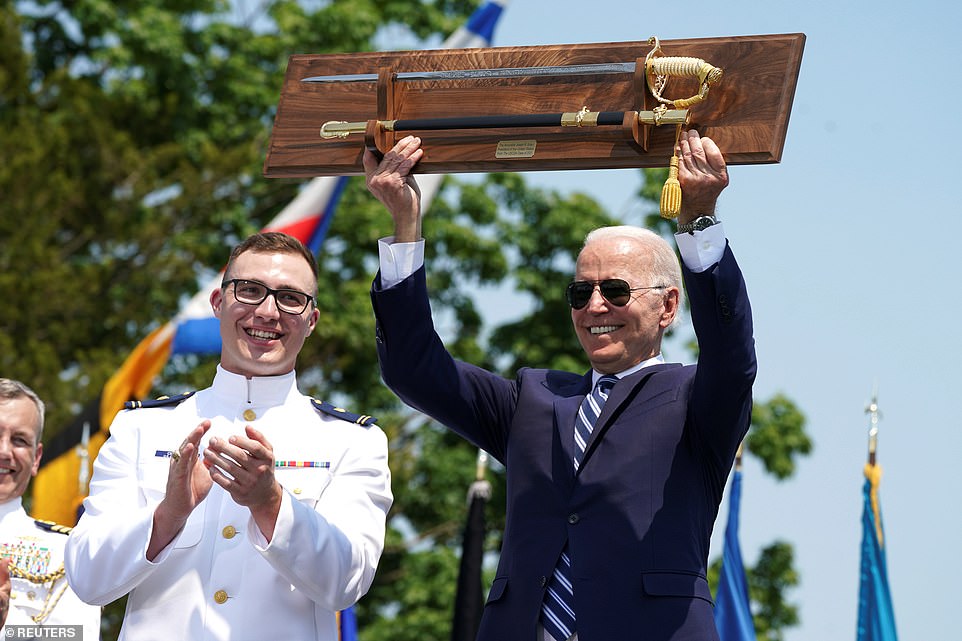 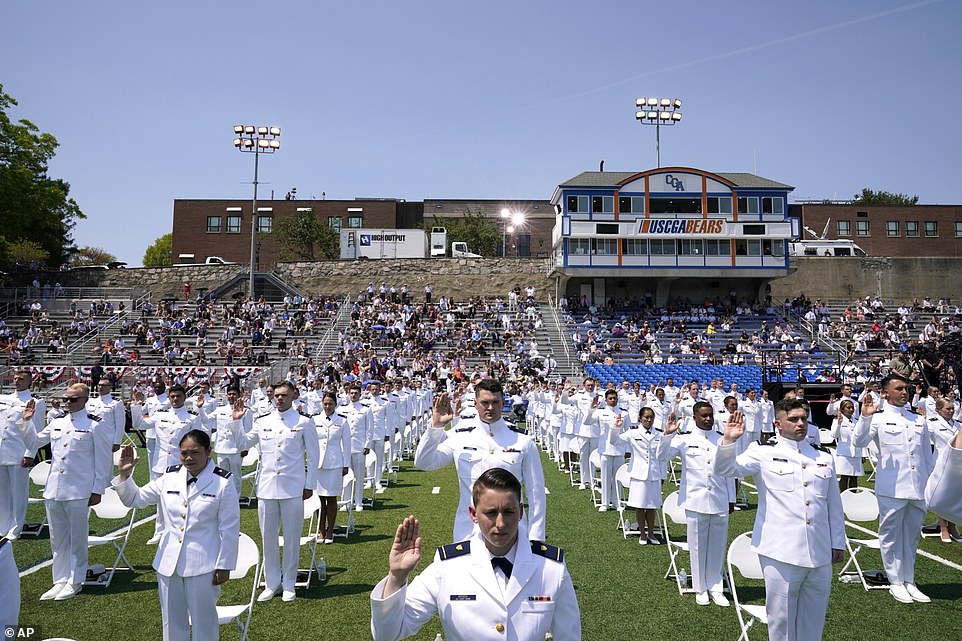 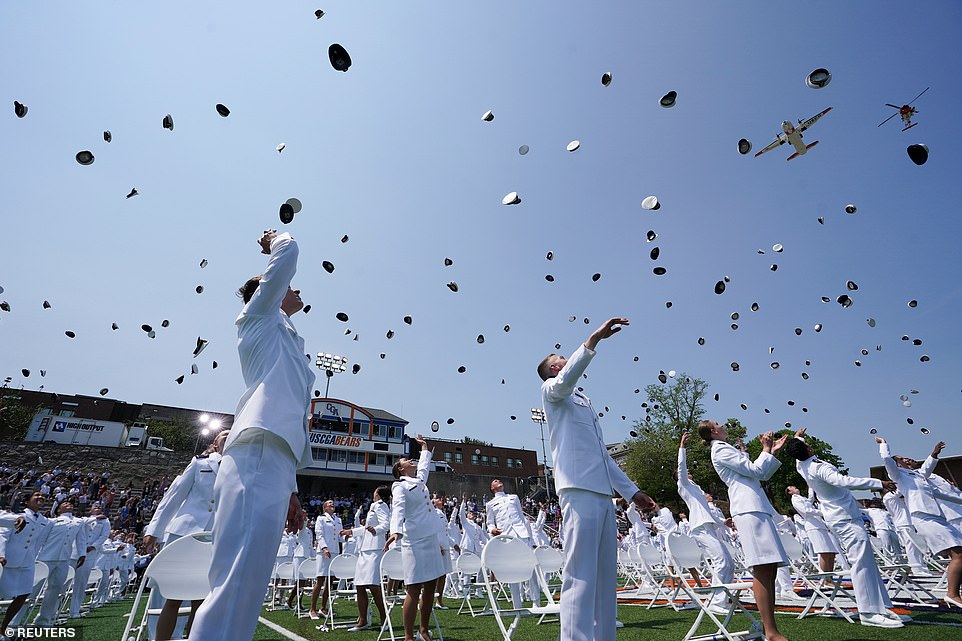 Cadets throw their caps in the air during the U.S. Coast Guard Academy commencement ceremony in New London, Connecticut

According to Richard Ben Cramer’s seminal What It Takes , Biden ‘screwed around’ in school, ‘trying to be Joe College.’

He got probation ‘for dousing the dorm director with a fire extinguisher.’ High school pranks included streaking in the parking lot.

But he also delivered words honoring the vital service provided by the Coast Guard, while sprinkling in warnings for adversaries.

He brought up the 30 named storms that ravaged the country, and raised the threat of climate change.

‘And the Coast Guard was always there to respond. Even at the height of the pandemic,’ he said. He acknowledged the new class for choosing the ‘difficult path.’He also delivered a message to Russia and China, with whom he said he had ‘direct discussion,’ about freedom of navigation. He called freedom of navigation the ‘bedrock’ of the global economy. 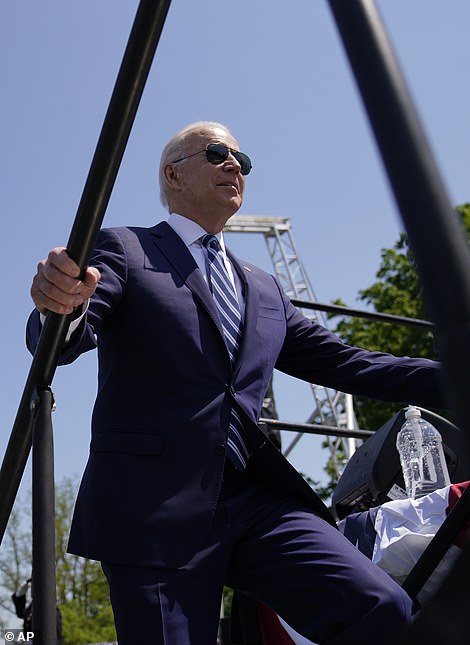 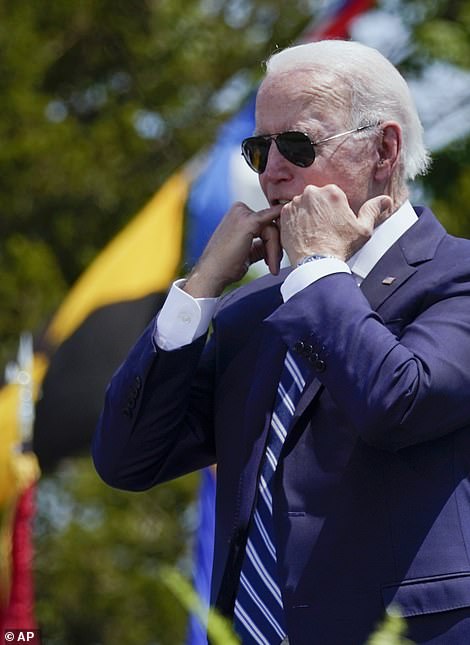 ‘I would think you’d have an opportunity when I say that about the Navy to clap,’ he said. Then he got a laugh and the round of applause he was looking for 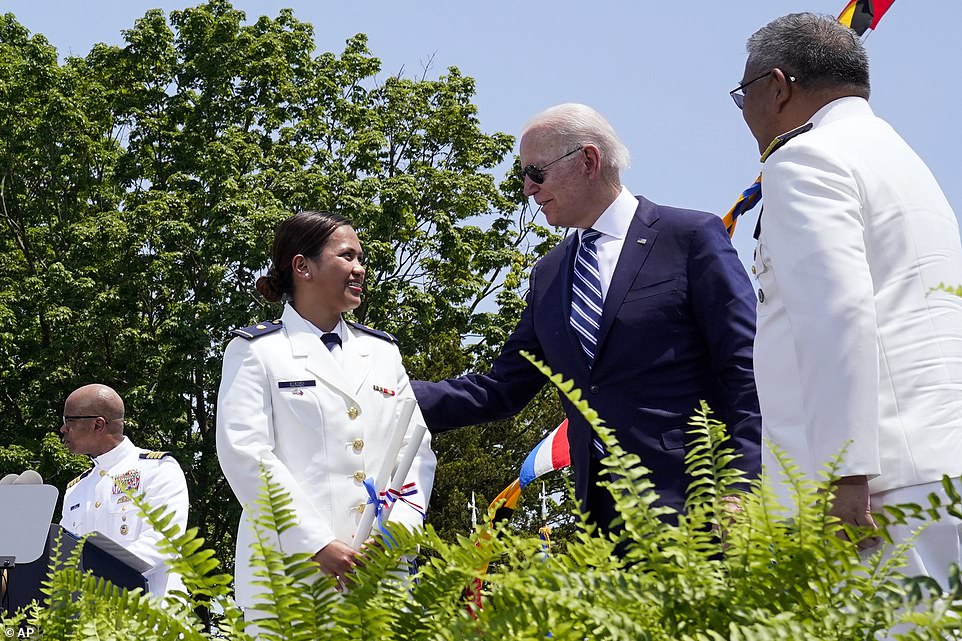 ‘When nations try to game the system or tilt the rules in their favor, it throws everything off balance,’ he said.

He said he was ‘adamant’ that the parts fo the world that are ‘arteries of trade and shipping remain peaceful, whether that’s the South China Sea, the Arabian Gulf, and increasingly the Arctic.

He called for shipping to ‘remain peaceful’ in the South China Sea, the Arabian Gulf, and ‘increasingly the Arctic.’

He also sprinkled other light moments in his remarks, including after he brought up the Navy. ‘Come on, man, is the sun getting to you?’ he asked, after the crowd didn’t seize the opportunity to clap. Graduates then joined in a round of applause.

Biden handed diplomas to graduating cadets, who became ensigns and were having their assignments announced as they walked across a stage.

He posed with each, elbow bumping some. 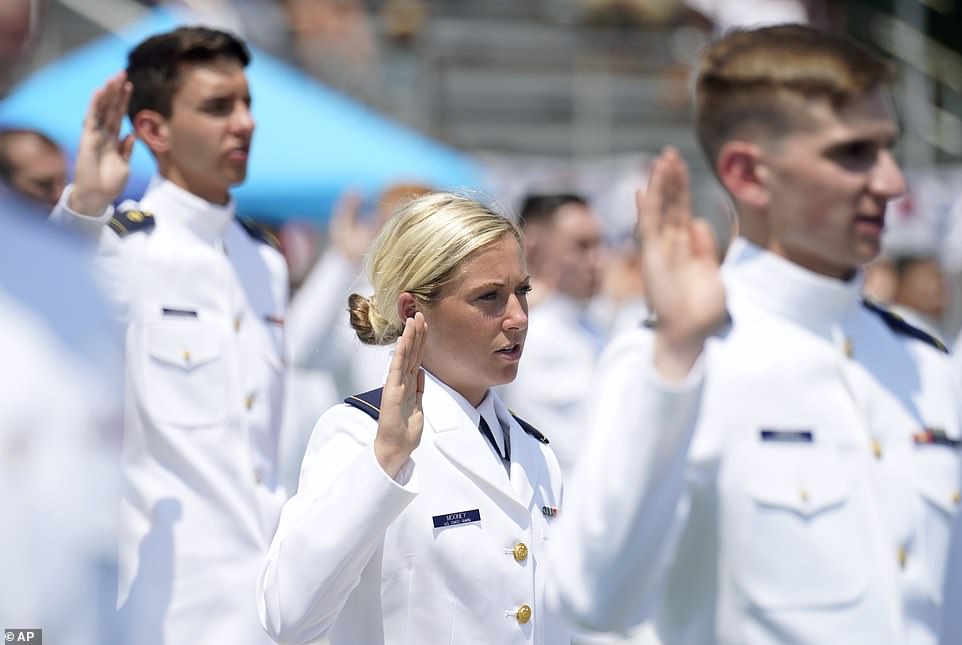 Biden handed diplomas to graduating cadets, who became ensigns and were having their assignments announced as they walked across a stage 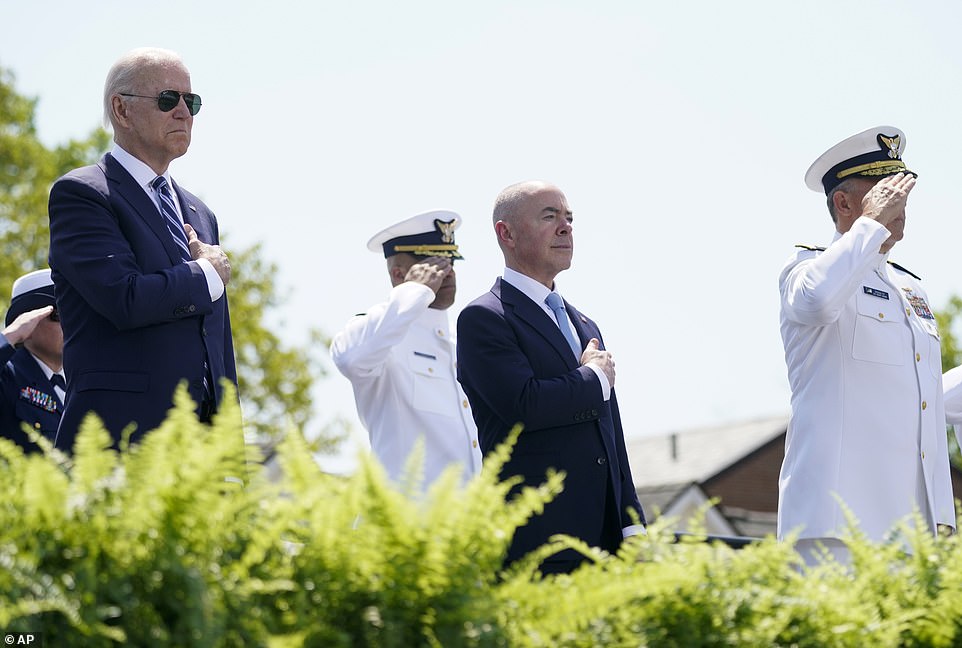 Biden and Homeland Security Secretary Alejandro Mayorkas, second from right, watch on during the singing of the National Anthem 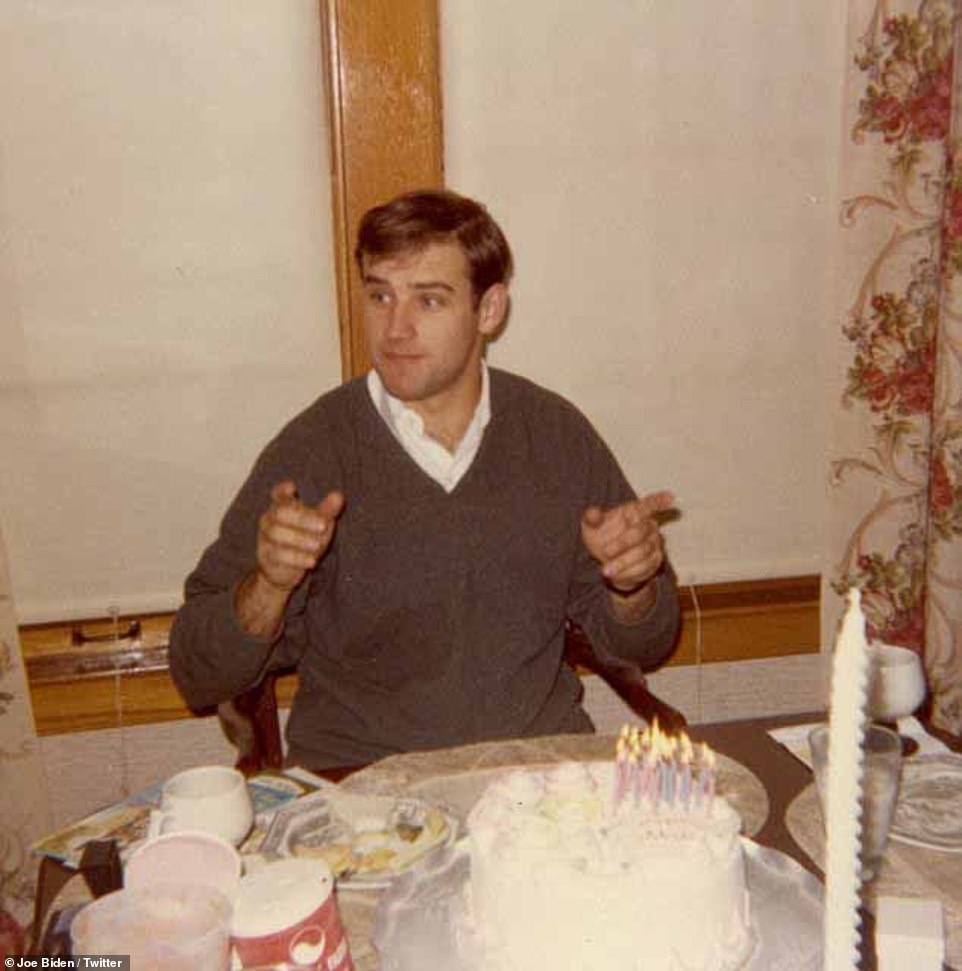 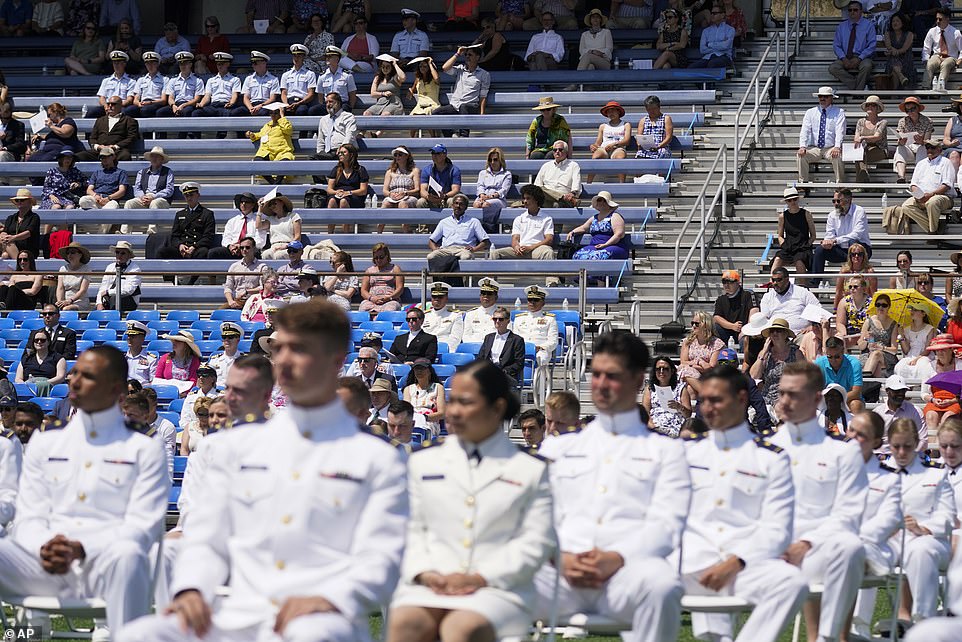 Cadets listen during the commencement for the United States Coast Guard Academy in New London, Conn., Wednesday, May 19, 2021 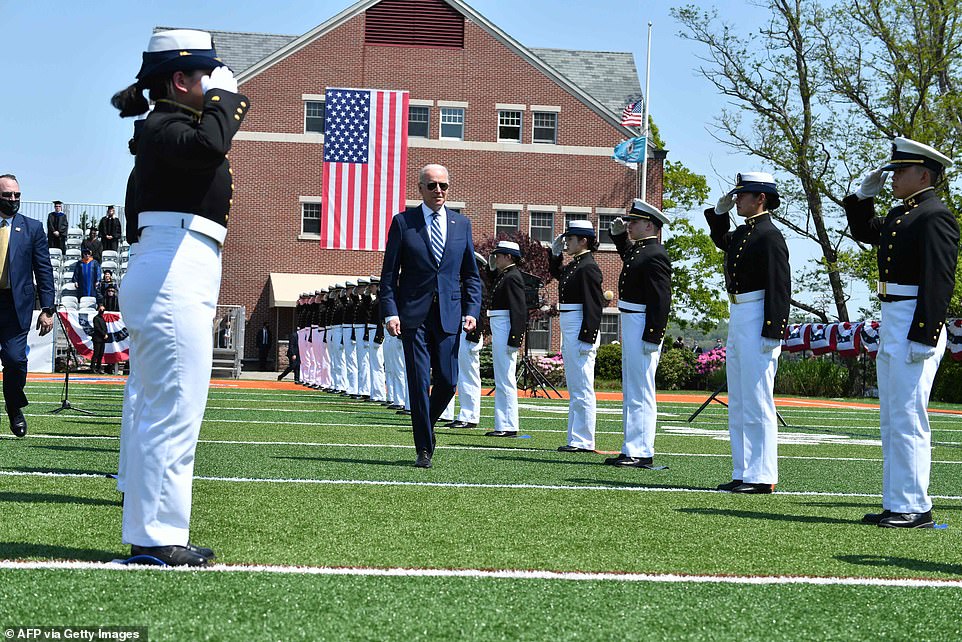 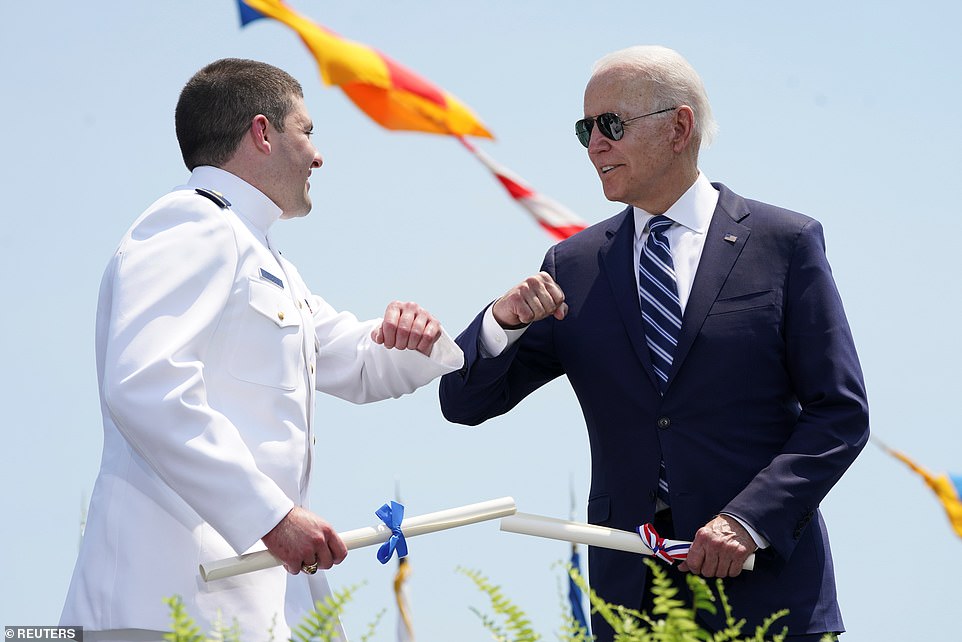 When he was done, he was presented with a ceremonial sword. ‘I won’t be needing this any time soon,’ he joked.

He spoke to cadets after the White House told reporters traveling aboard Air Force One that he had phoned Israeli Prime Minister Benjamin Netanyahu to press a ‘significant deescalation’ in Israel’s war with Hamas.

‘The president conveyed to the prime minister that he expected a significant de-escalation today on the path to a ceasefire,’ White House Deputy Press Secretary Karine Jean-Pierre told DailyMail.com and a group of reporters traveling with the president.

Earlier, Rear Admiral William G. Kelly, superintendent of the academy, urged graduates ‘fair winds and great success.’ He also acknowledged 2020 graduates, who he said ‘missed out’ on the pomp and circumstance last year amid the spreading pandemic.

Biden flies to New London, Connecticut to deliver the speech Wednesday morning. Presidents deliver graduation to the service academies on a rotating basis.

Early indications were that the president would speak about the role of the Coast Guard in safeguarding the nation’s security, although presidents sometimes use spring graduation ceremonies to touch on more sweeping themes. 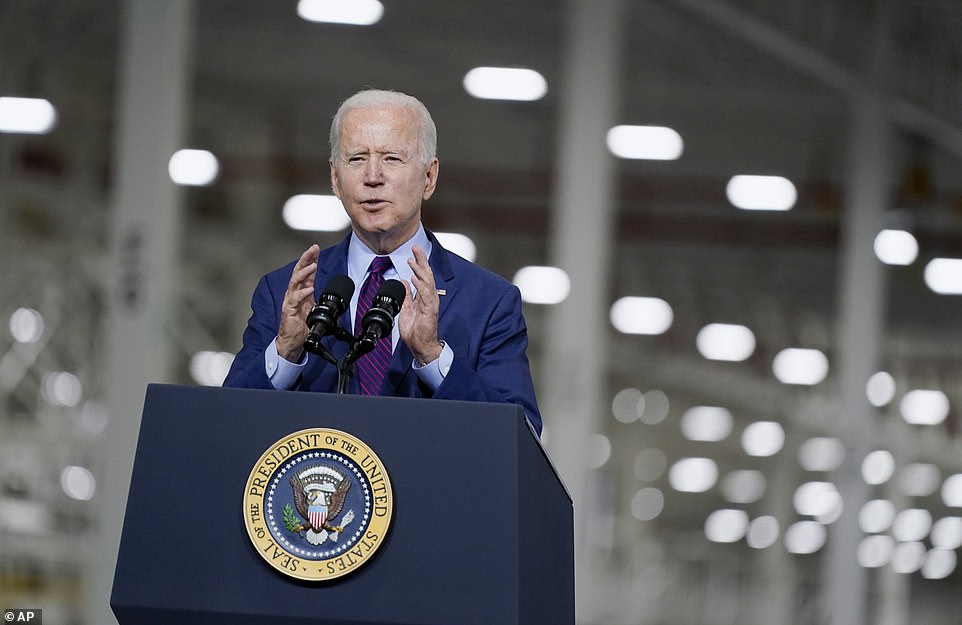 In Biden’s case, the speech comes as the administration was set to formally announce 60 per cent of Americans had received at least one coronavirus shot. It also comes a day after fighting between Israel and Hamas intruded on his trip to Michigan.

Biden spoke for several minutes on the tarmac in Michigan with Rep. Rashida Tlaib, who according to her office pressed him on what she called unconditional support for Israel. 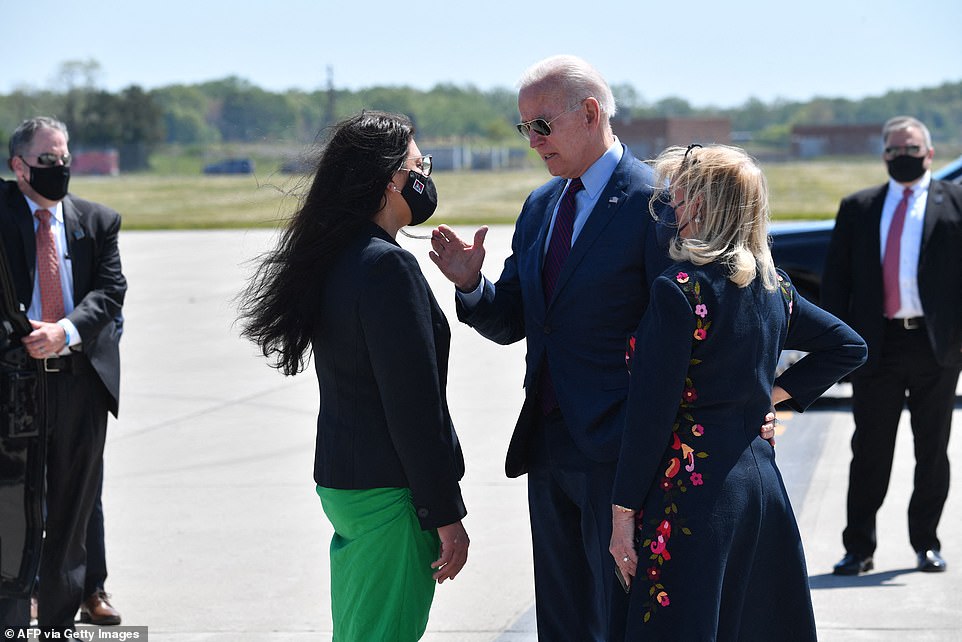 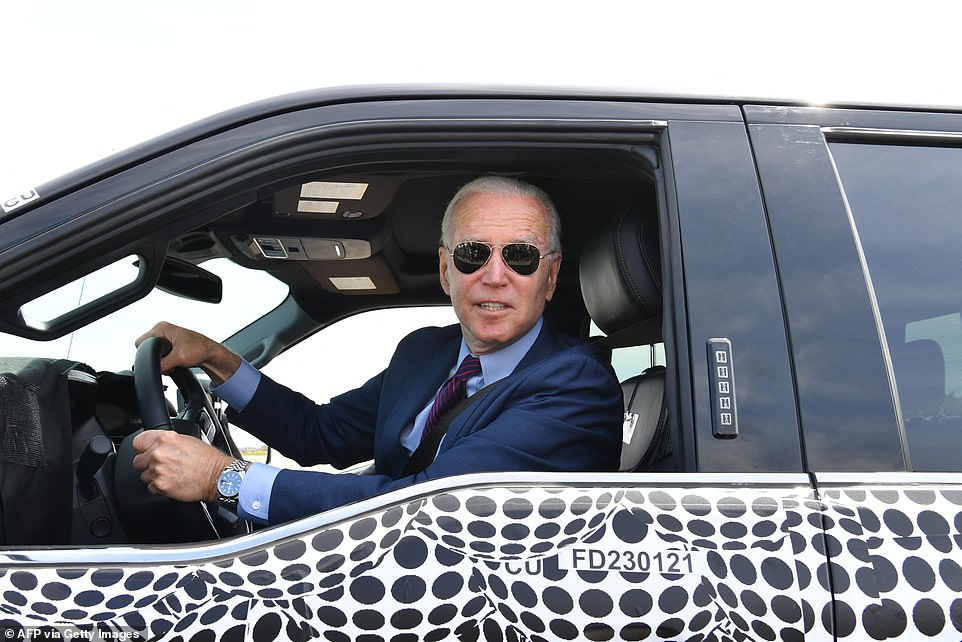 Step on it! Biden took heat after he joked about running over a reporter who asked a question about Israel when he was test-driving the new F150 electric truck 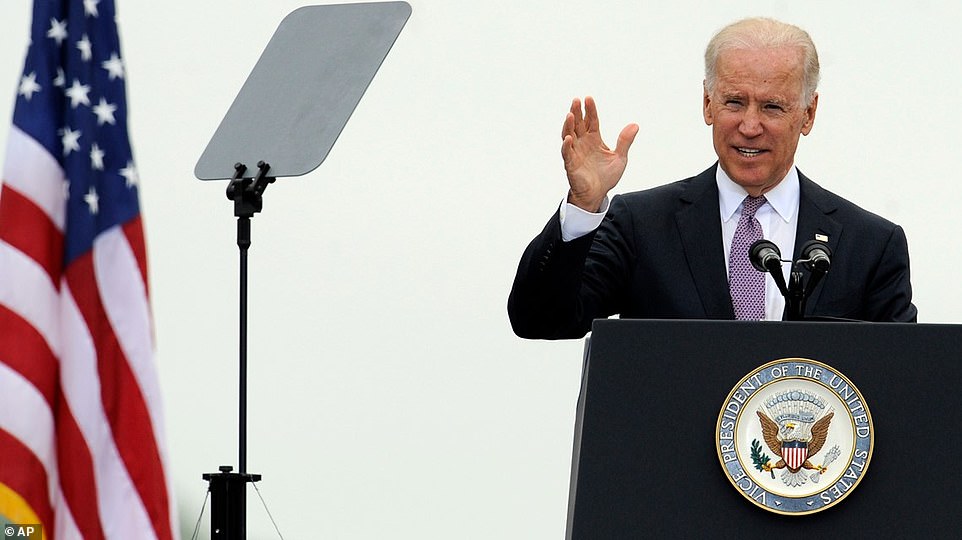 Amid growing pressure from fellow Democrats, the Administration leaked Tuesday that Biden had told Israeli Prime Minister Benjamin Netanyahu that he could only hold off criticism of its strikes in Gaza for a limited period of time. The New York Times reported on the tougher private tone Biden took after the White House said only that he had expressed ‘support’ for a cease fire.

Some House Democrats are demanding a call for an immediate cease fire.

Israel is studying whether the time is right to stop its bombing campaign in cause, but is preparing for ‘more days’ of strikes, AFP reported, citing an Israeli military source.

‘We are looking at when is the right moment for a ceasefire,’ said the source.

Biden addressed Coast Guard graduates in 2013 when he was vice president.

Cardano Stays Strong In Crypto Down Trend – Should You Buy Cardano? 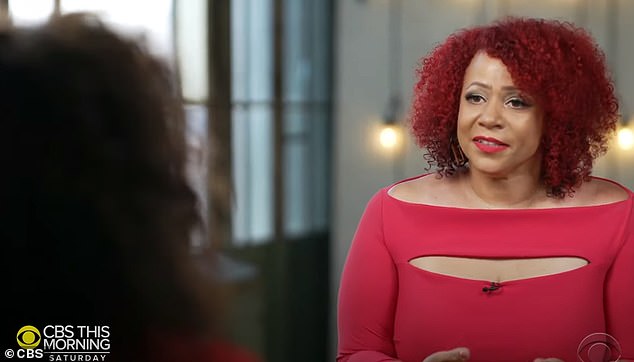 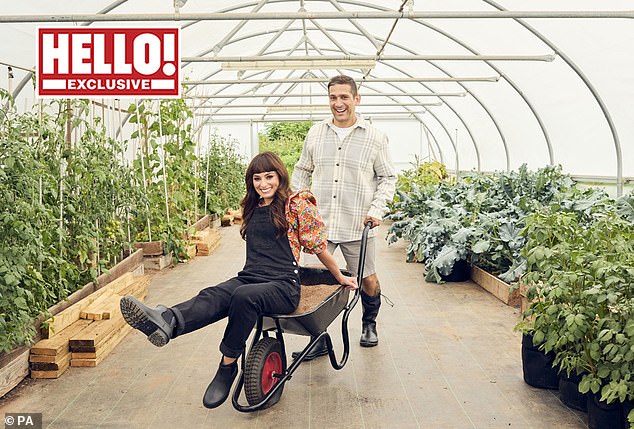 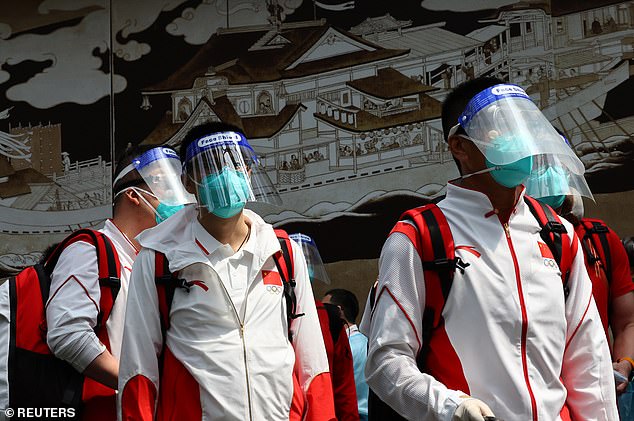 Will troubled Tokyo Olympics bring glory against all the odds?