When architects reach for the skies – the results can be spectacular.

These are the 10 best-designed skyscrapers of 2021, according to the Emporis Skyscraper Award, with an Australian skyscraper winning for the first time in the competition’s 20-year history.

Looking for ‘excellence in aesthetic and functional design’, an international jury of architectural experts chose from over 300 skyscrapers, each of which fulfilled the criteria of being completed in 2020 with a minimum height of 100 metres (328ft).

The grand prize has been scooped up by One Barangaroo, designed by British architect firm WilkinsonEyre, which has become the tallest building in Sydney at 271 metres (889ft) in height.

Second place is claimed by Telus Sky, which towers over Calgary, Canada, at a height of 222 metres (728ft). It is closely tailed by bronze medal winner One Vanderbilt – Manhattan’s fourth-highest skyscraper.

Presenting the winners, Emporis said: ‘Due to the coronavirus pandemic, 2020 was a turbulent and challenging year that also had a strong impact on the construction industry. The total number of skyscrapers completed in 2020 fell by 20 per cent in comparison to the previous year. Nevertheless, the top 10 buildings selected for the Emporis Skyscraper Award clearly show that many impressive skyscrapers were completed despite the difficult conditions faced by owners, developers, construction companies and architects.’

Scroll down to see pictures of the top 10 skyscrapers, presented here in reverse order of ranking… 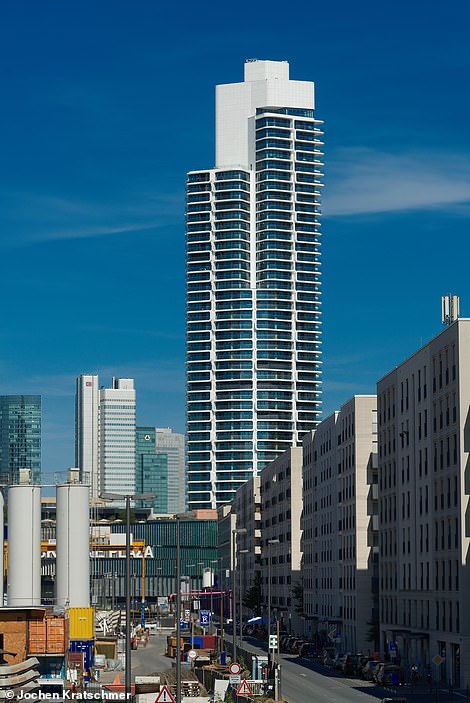 Tenth place went to Grand Tower in Frankfurt, pictured, which at 180 metres (591ft) in height is currently Germany’s tallest residential building. It has 51 storeys and features an expansive sunset deck for its residents to enjoy. A ‘grand terrace’ is also laid out as a landscaped private garden on the seventh floor. According to Emporis, the Grand Tower, designed by architects Architekturburo Magnus Kaminiarz & Cie, is considered the first residential high-rise in Germany to be marketed globally, with a focus on markets in Asia, the Middle East, and North America 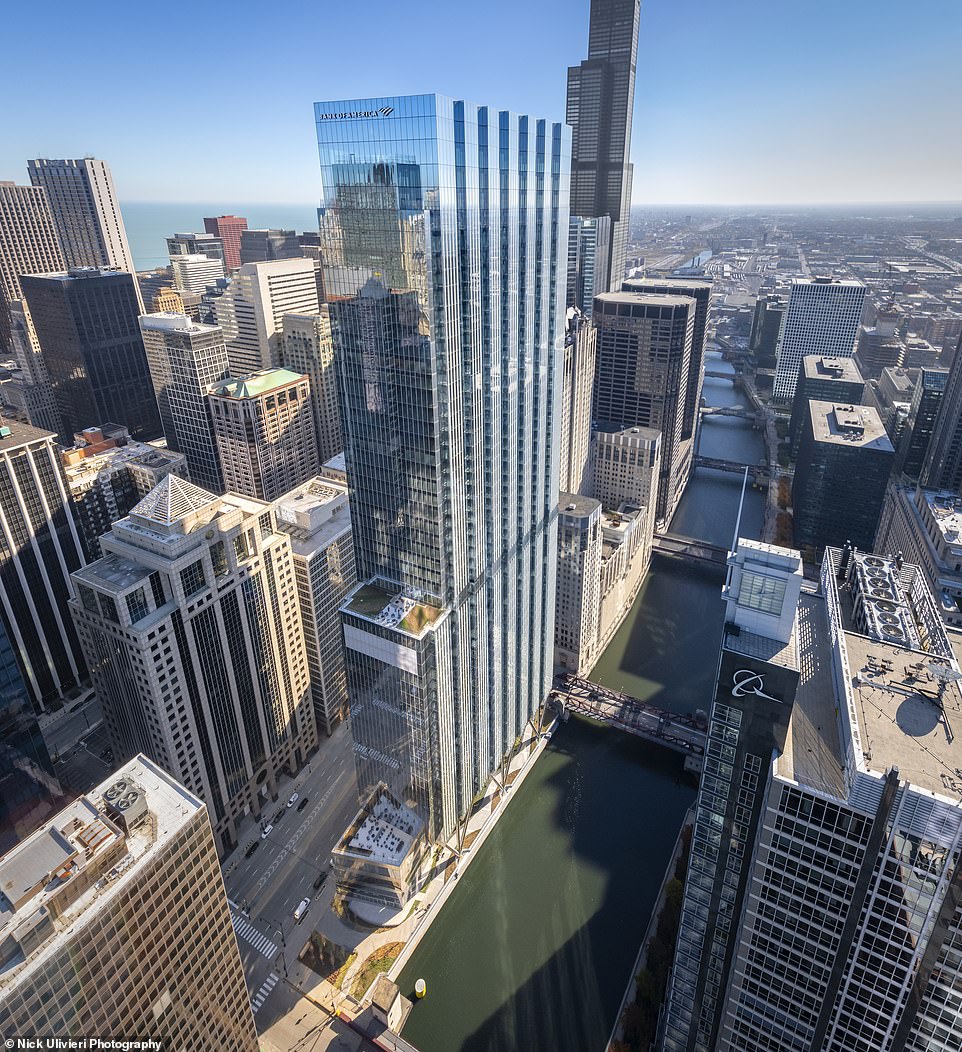 Feast your eyes on the ninth-place winner, 110 North Wacker Drive in Chicago. The stunning structure – also known as the Bank of America building – measures 248 metres (814ft) in height. The 57-storey behemoth was designed by Goettsch Partners, and it is currently the tallest all-commercial building in the city. Inside, the 12-metre-high (40ft) lobby is enclosed by a cable-supported glass wall, and limestone cladding conceals the elevator shafts 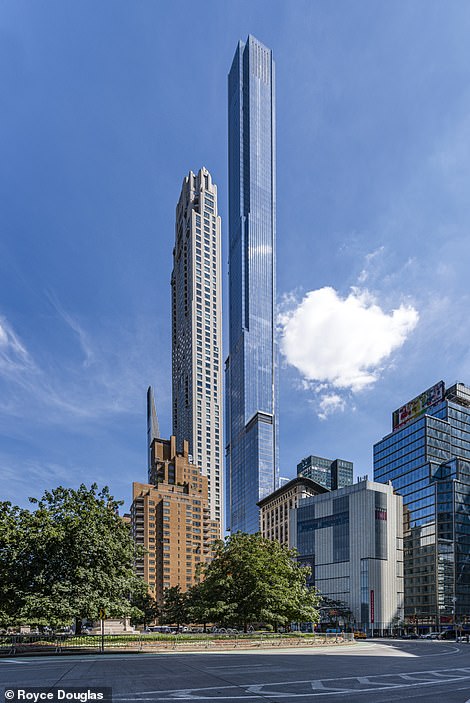 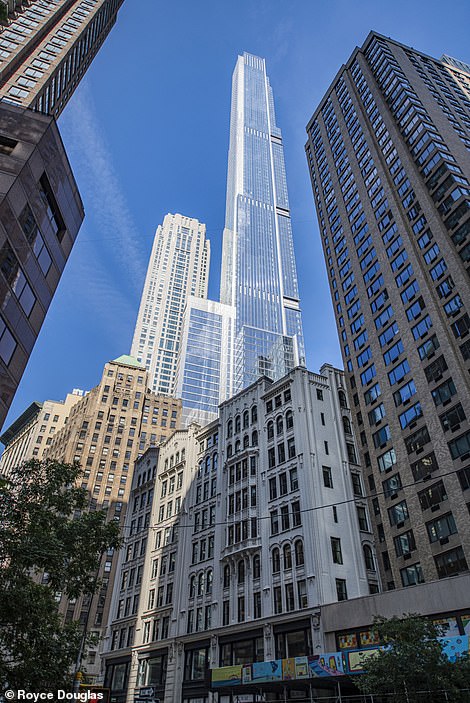 Eighth-place has been awarded to Central Park Tower in New York City. Officially the world’s tallest residential skyscraper, it is a staggering 472 metres (1,549ft) in height. Adrian Smith + Gordon Gill Architecture and Adamson Associates are behind the 95-storey colossus. One World Trade Center is still the Big Apple’s tallest skyscraper, solely because of its spire, but Central Park Tower has a higher roof level. It has been assigned the nickname ‘the pencil tower’ thanks to its slender structure. As for the interior, a seven-storey Nordstrom department store sits at the base of the tower, while a hotel and condos fill the upper levels 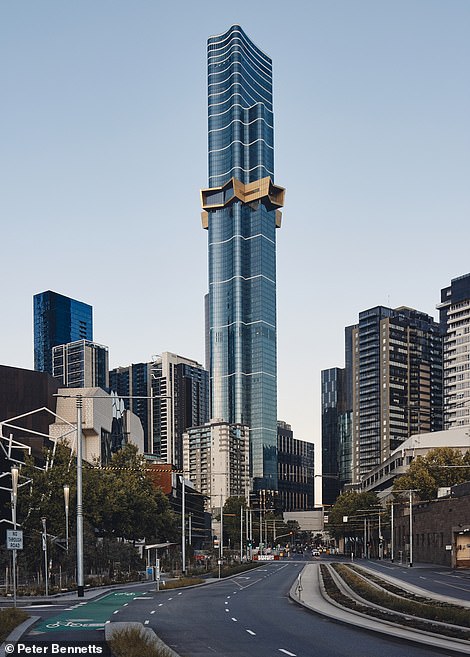 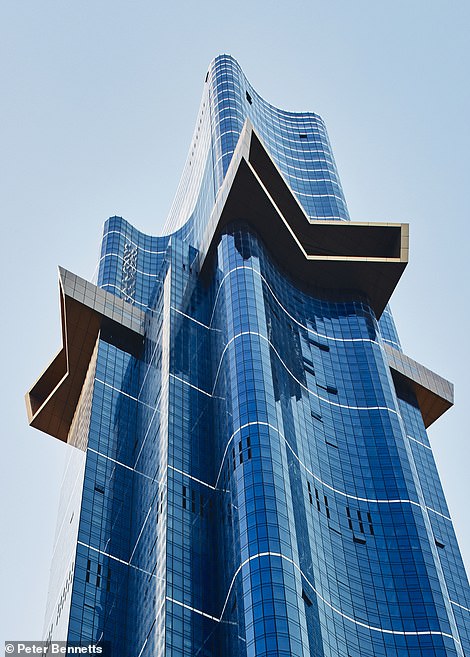 Introducing Australia 108 in Melbourne, which comes seventh in the Emporis Skyscraper Award and was dreamt up by Fender Katsalidis architects. The building is 317 metres (1,040ft) high, has 100 floors and is currently the tallest residential building in the Southern Hemisphere. The unique golden star feature on the exterior was inspired by the Commonwealth Star on the Australian flag. According to Emporis, ‘the skyscraper has a rectangular, ribbed form and is completely glazed from the outside to enable a view of the city’ 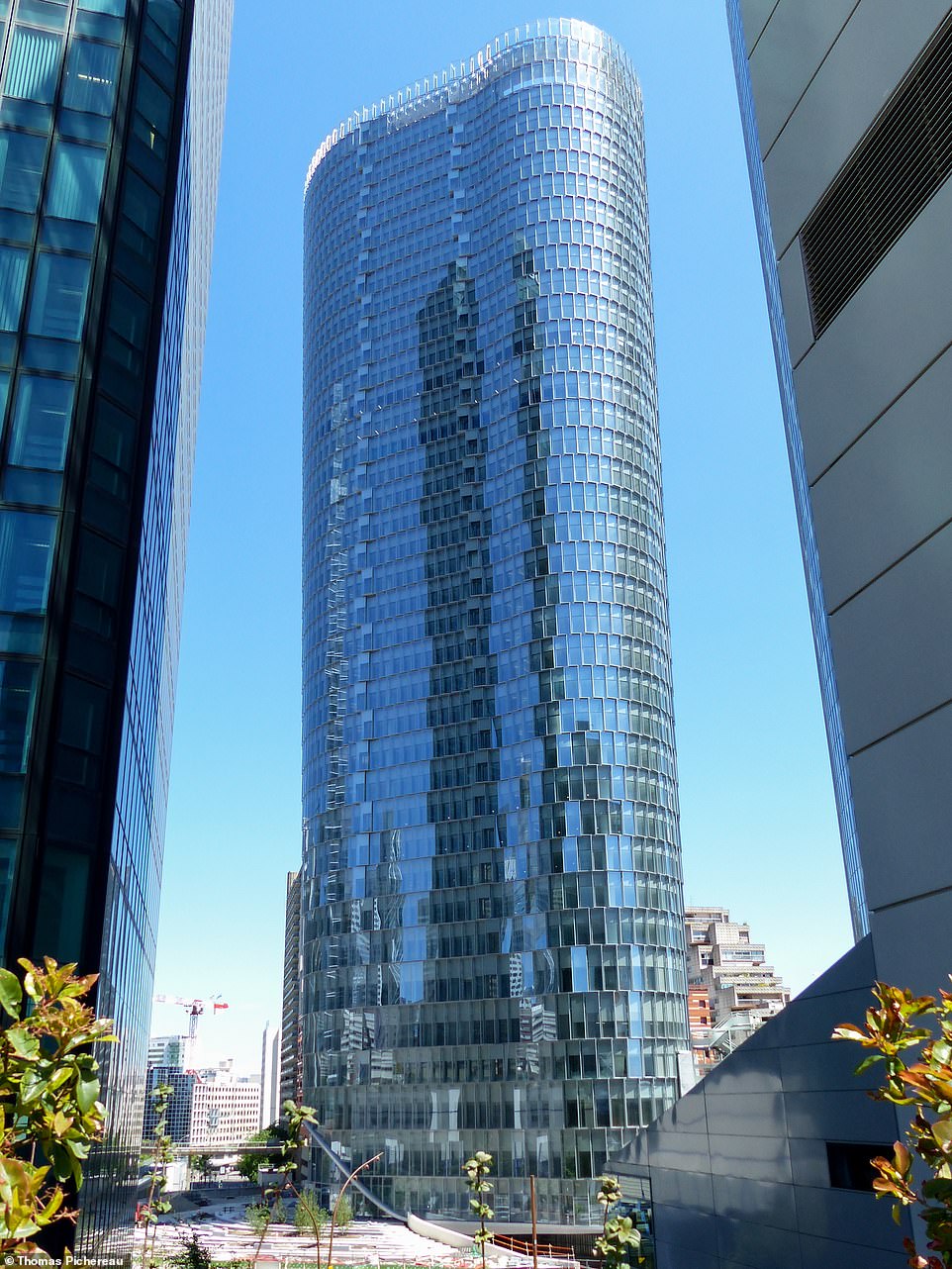 Pictured is Tour Alto in Courbevoie in the metropolitan area of Paris, which ranks sixth and was conceived by IF Architects and SRA Architectes. Sweeping into the sky, the building has 38 storeys and is 160 metres (525ft) in height. It features 3,800 glass blocks on the facade, and there is a ventilated double facade made up of a second layer of glass. The unconventional design sees the floor area widen as you ascend the building, increasing from 700 metres squared at the base to 1,500 metres squared at the top 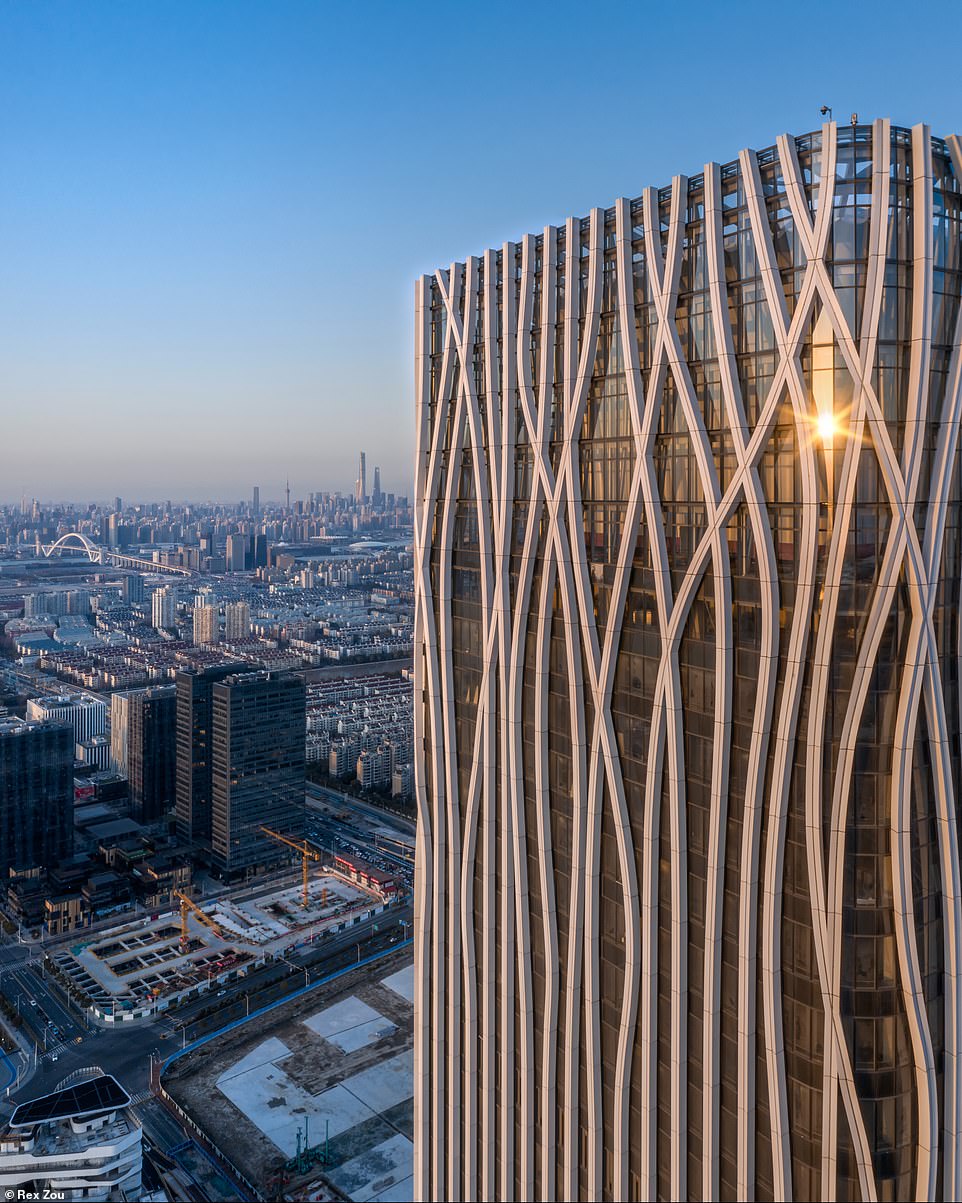 Look above and you’ll see the Qiantan Center, which earns fifth place in the awards. Constructed on the banks of Shanghai’s Huangpu River in China, the skyscraper is the work of Kohn Pedersen Fox and Tongji Architectural Design (Group) Co. At 280 metres (919ft) tall, it is the highest tower in Shanghai’s Qiantan international business district. When it came to designing the 56-storey building, the architects took their cue from natural elements of wood grain – the curved ribs on the facade imitate the pattern of timber 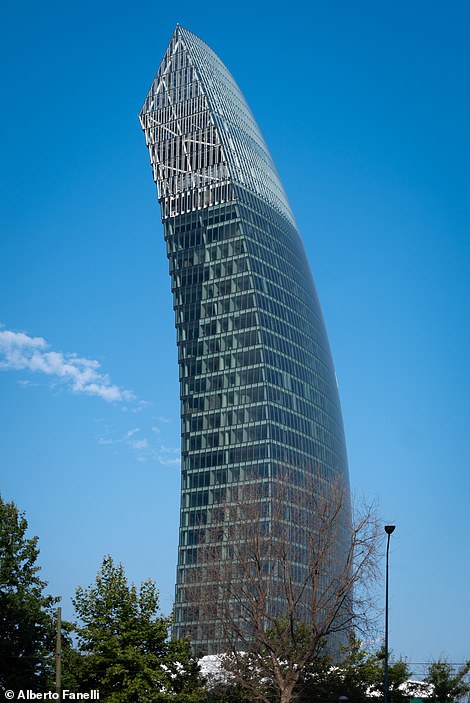 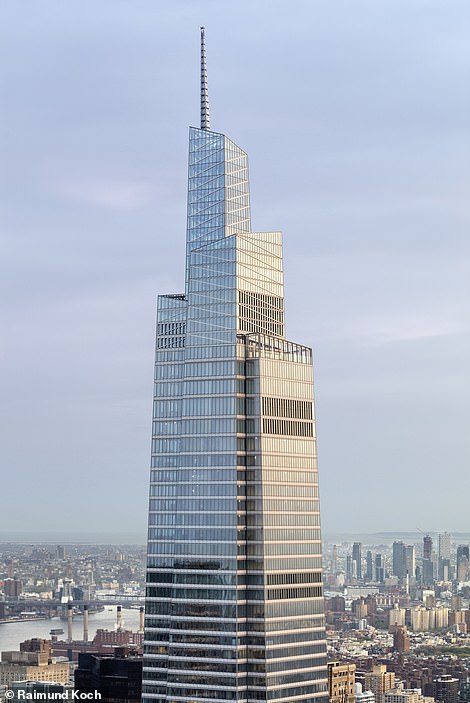 LEFT: It comes as no surprise that the Libeskind Tower, pictured, is also known as ‘Il Curvo’ – which means ‘the curved’. The skyscraper comes fourth in the awards with Daniel Libeskind Studio responsible for the quirky design. The 34-storey construction is 175 metres (574ft) tall and has become the third skyscraper in Milan’s famous CityLife district. Home to the Italian headquarters of the company PricewaterhouseCoopers, Il Curvo was completed in October 2020. RIGHT: One Vanderbilt, pictured, is the bronze medal winner. The 427-metre-tall (1,400ft) behemoth, which has 59 floors, was designed by Kohn Pedersen and Fox and opened its doors in September 2020. The building was designed to harmonize with the iconic Grand Central Station that it lies to the west of. It is mostly dedicated to office space. Emporis said: ‘The striking features of the tower are the four visually clearly separated modules that combined give the building an asymmetrical, distinctive shape, making it one of New York’s latest eye-catchers.’ One Vanderbilt unveiled a dizzying new tourist attraction last month – and it’s not for the faint of heart. Known as The Summit, a glass-bottomed mirrored observation deck was installed 1,000 feet above ground level, offering breathtaking views of the Big Apple 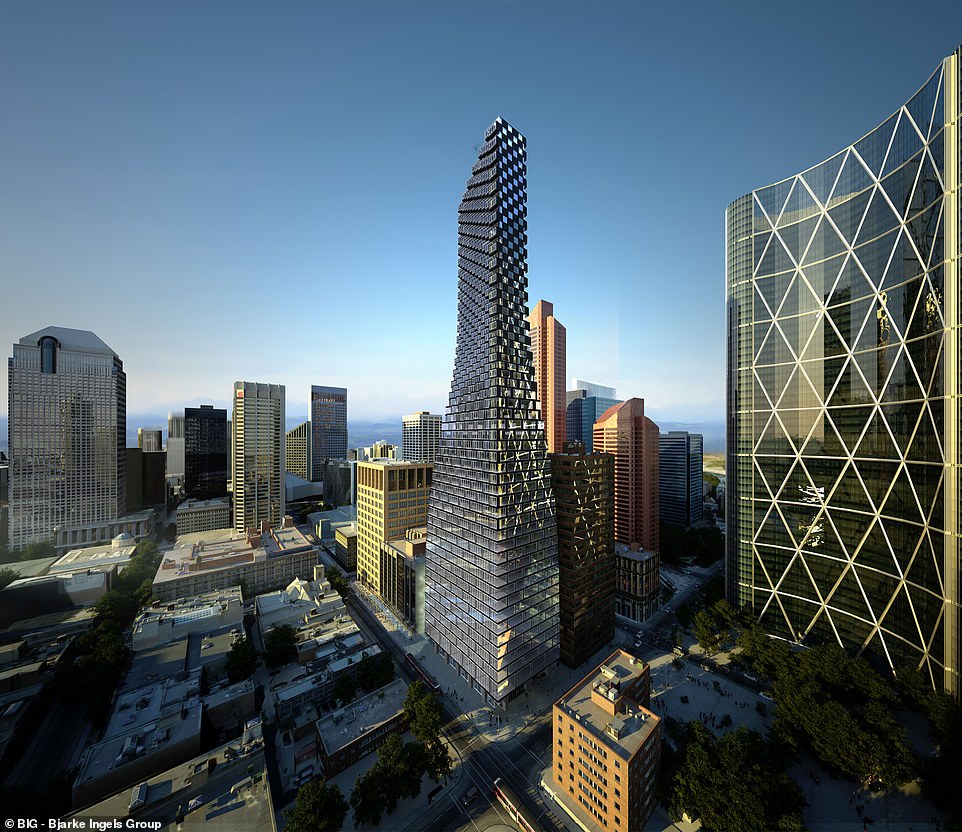 Calgary’s silver medal winner Telus Sky, pictured, is named after its tenant, the Canadian telecommunications company ‘Telus Communications’. Bjarke Ingels Group combined forces with fellow architectural firm Dialog in designing the award-winning structure, which is a whopping 222 metres (728ft) in height and boasts 59 floors. ‘Telus Sky stands out because of its extraordinary structure and facade – it has a rectangular base and with rising height the floor plates gradually reduce in size, creating small terraces and balconies,’ Emporis explained. Canadian artist Douglas Coupland has designed a multicoloured LED lighting installation for the building, which illuminates the exterior as night falls 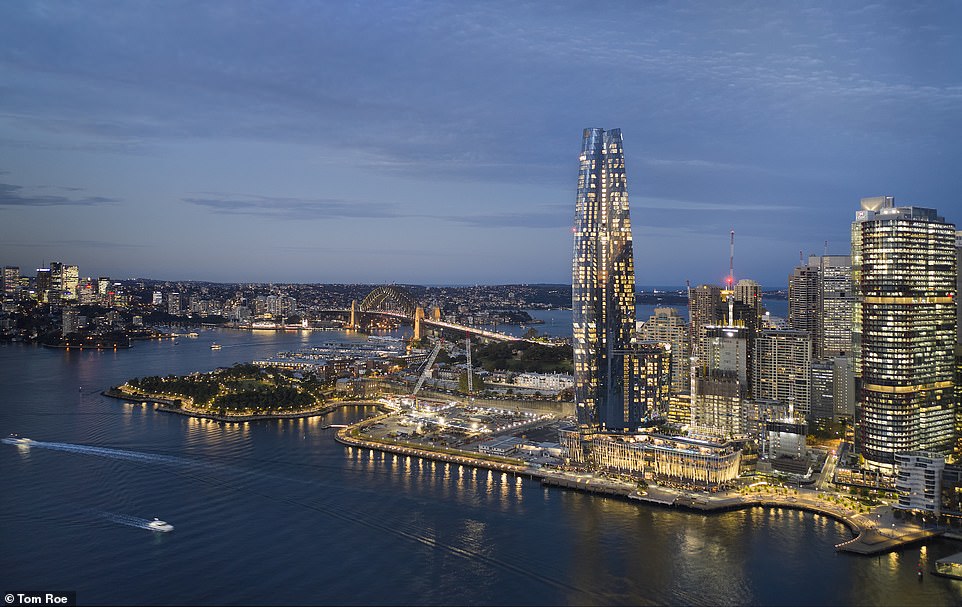 Drumroll please… above you’ll find the winner of the Emporis Skyscraper Award 2021, Sydney’s 889ft-tall One Barangaroo. WilkinsonEyre teamed up with Bates Smart on the project, with the 71-floor building – the fourth-tallest in Australia – opening to the public last December. Its striking silhouette was inspired by nature and geometry, resembling three petals rising into the sky 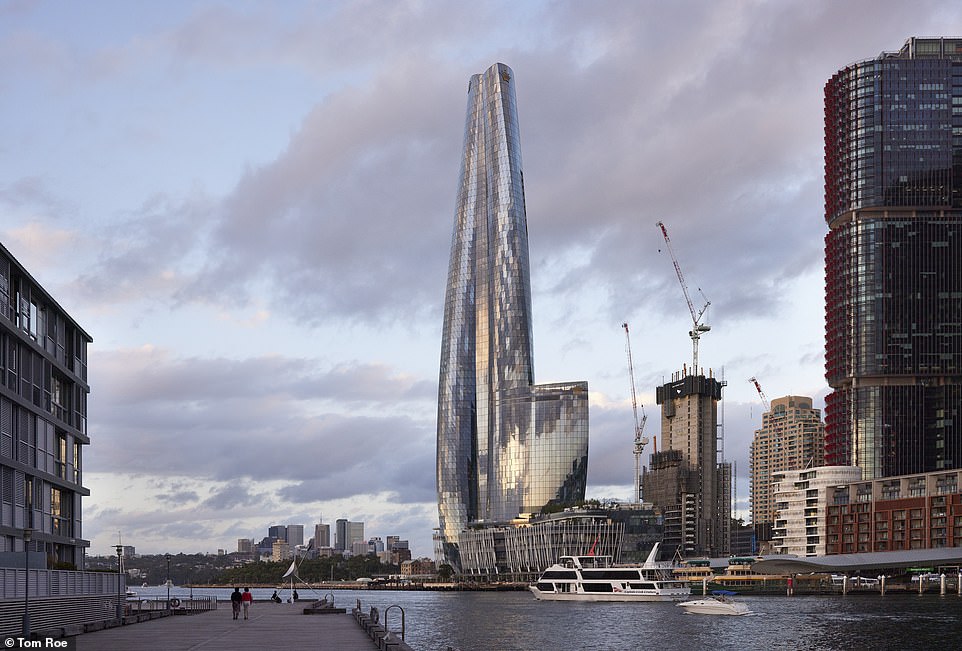 One Barangaroo, pictured, stands on a four-storey-high podium that has been embellished with marble. According to the jury, ‘the extravagant design of One Barangaroo’s exterior facade was the deciding factor for the building coming in at first place’. Inside, the structure houses a casino, residential apartments, and a ‘six-star’ hotel owned by the Crown Resort Group

Adele's Fourth Album Is Coming! Here's Everything We Know So Far 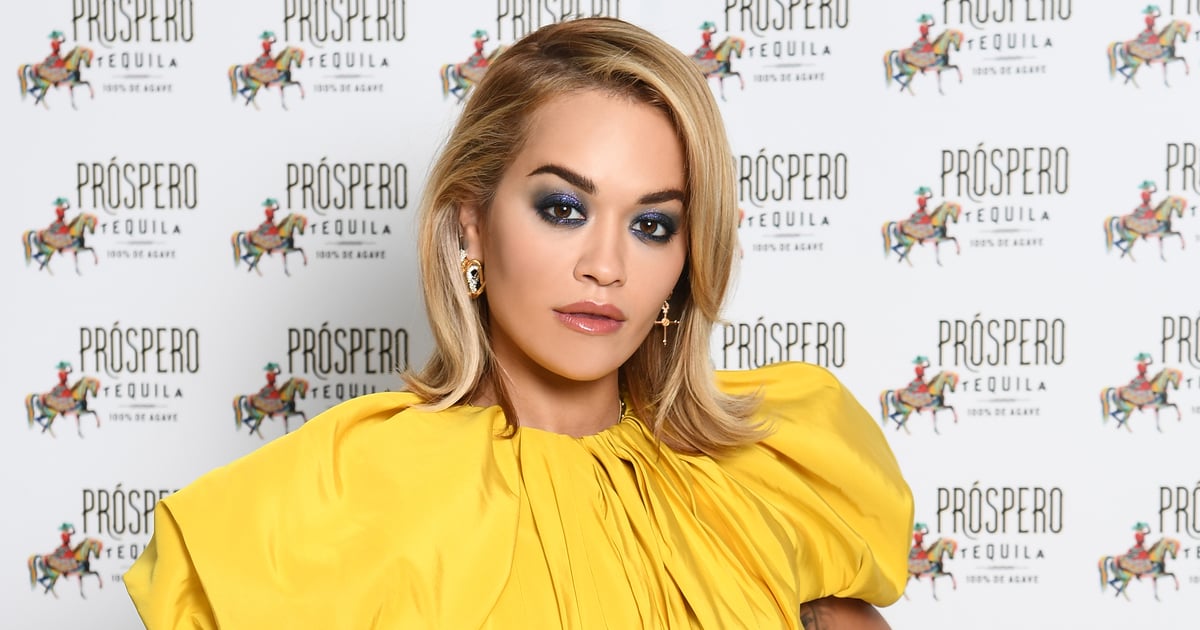 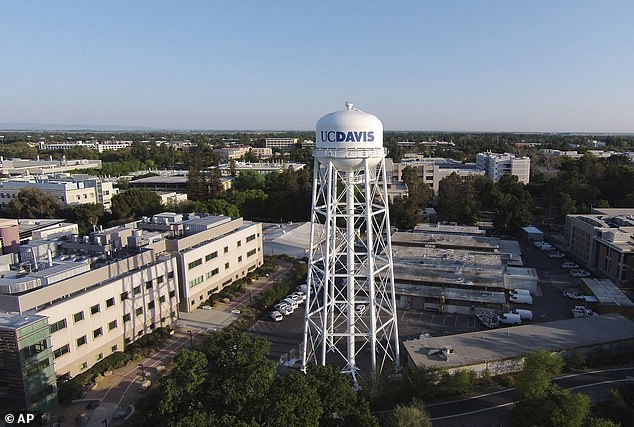 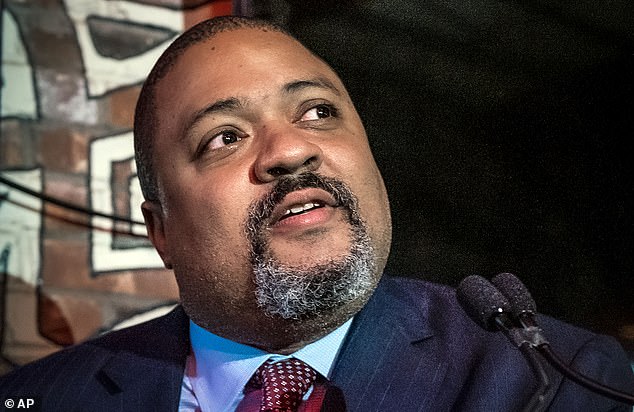 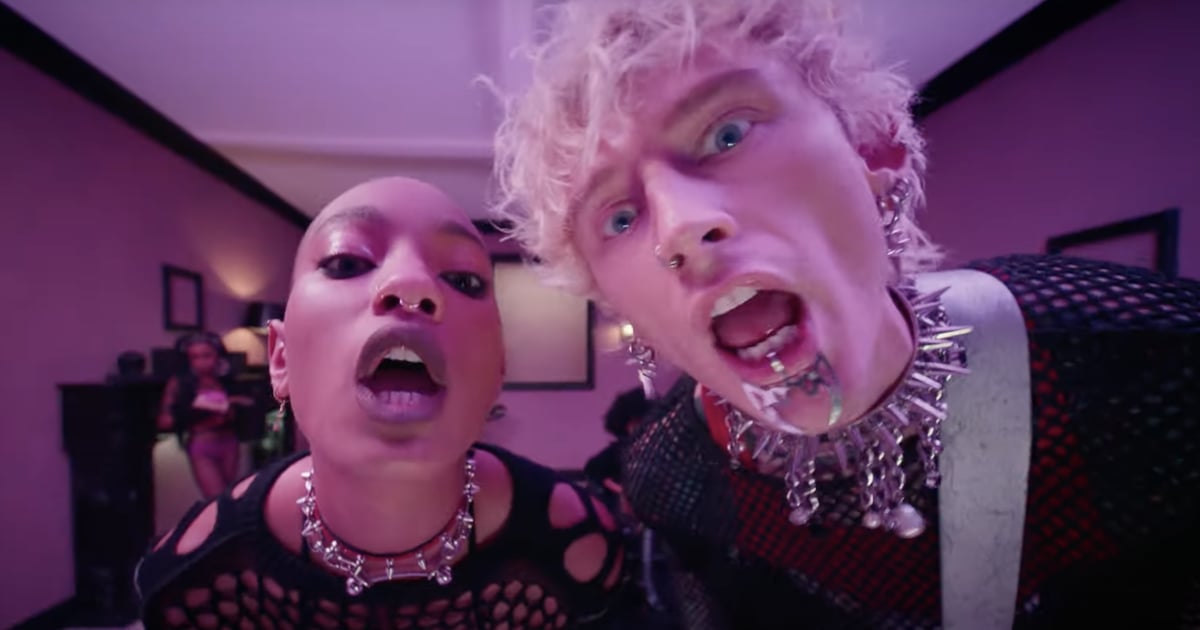 Believe It or Not, Rupert Grint and Georgia Groome Have Been Together For Over a Decade
28 mins ago