Shocking security camera footage shows the moment an Asian man is brutally attacked without provocation in a Manhattan subway station, in the latest in a violent string of Anti-Asian attacks sweeping the United States.

Ming Teoh, 56, had been entering the East Broadway subway station in the Lower East Side on Tuesday night just before 9pm when he was brutally beaten, NYPD officials told PIX 11.

Teoh told NBC New York that the man did not say anything to him while beating on him.

He had been headed along the F line when he was attacked, according to officials.

Ming Teoh, 56, had been entering the East Broadway subway station in the Lower East Side on Tuesday night just before 9pm when he was attacked 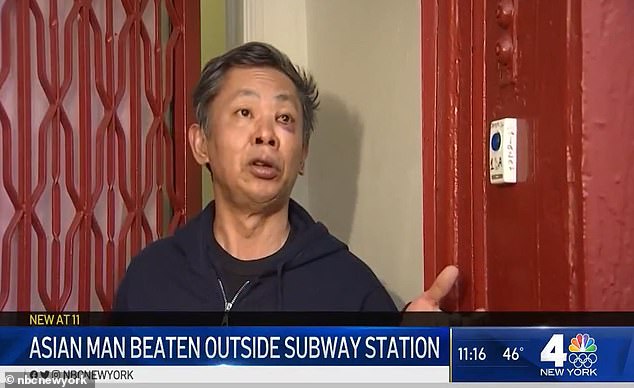 Footage shows the unidentified suspect repeatedly slugging the man in the face, knocking him to the ground. Police share that the victim was knocked unconscious in the attack.

The man was taken to a local hospital and treated for a laceration to his lip, a black eye and swelling to his head, authorities shared.

Officers with the NYPD released surveillance footage of the attack, showing an image of the man they were looking for, hoping to get assistance in identifying him. They have offered a $2500 reward for any information pertaining to him.

It is unknown whether charges related to a hate crime will be sought. 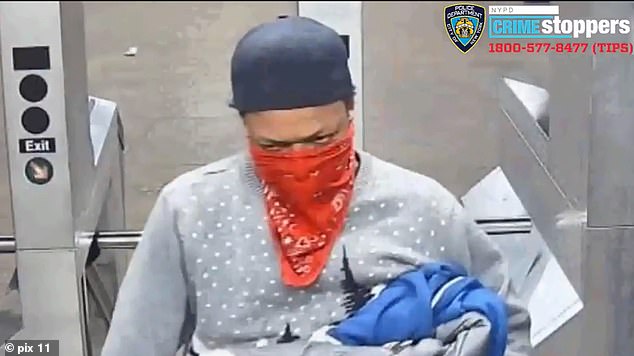 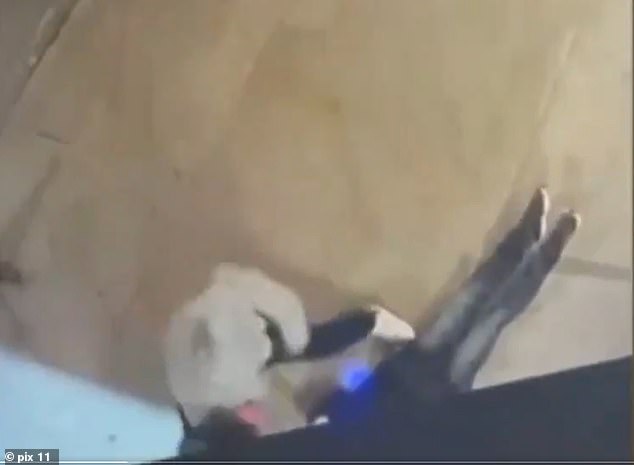 Footage shows the unidentified suspect repeatedly slugging the man in the face, knocking him to the ground

The NYPD recently created the Asian Hate Crime Task Force in response to the string of attacks plaguing the city and others across America since former President Trump and others started using incendiary language to describe the coronavirus as the ‘China Virus’.

More than 3,000 incidents have been reported to Stop AAPI Hate, a California-based reporting center for Asian American Pacific Islanders, and its partner advocacy groups, since mid-March 2020. Encounters don’t often rise to the legal definition of a hate crime, frustrating members of the community.

Still, police in several major cities saw a sharp uptick in Asian-targeted hate crimes between 2019 and 2020, according to data collected by the Center for the Study of Hate & Extremism, California State University, San Bernardino. 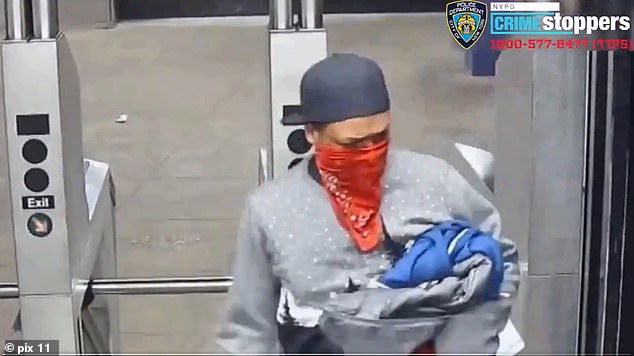 The suspect was wearing a red bandana and a black baseball cap. He also sported a grey sweater 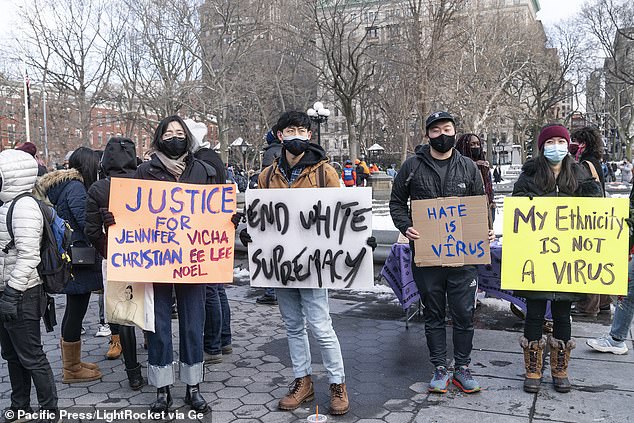 More than 3,000 incidents have been reported to Stop AAPI Hate and its partner advocacy groups, since mid-March 2020. People gather in NYC in Feb to in support of the Asian community and against white nationalism

A rash of crimes victimizing elderly Asian Americans in the past two months has renewed outcry for more attention from politicians and the media. 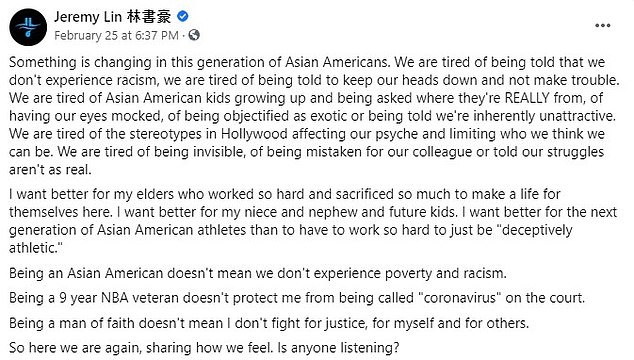 ‘Being an Asian American doesn’t mean we don’t experience poverty and racism,’ basketball player Jeremy Lin said in a Facebook post last week. ‘Being a 9 year NBA veteran doesn’t protect me from being called ‘coronavirus’ on the court’

Cynthia Choi, of Stop AAPI Hate, wishes news cycles would focus not just on the latest crimes but the solutions being discussed. Policing and prosecution aren’t necessarily the answers, she said.

COVID-19 vitriol is rooted in more than a century of anti-Chinese and anti-immigrant attitudes. She and other advocates think more investment in education and community resources could help get at those root causes. Anti-Asian xenophobia should be part of the ongoing conversations on racial reckoning, Choi added. 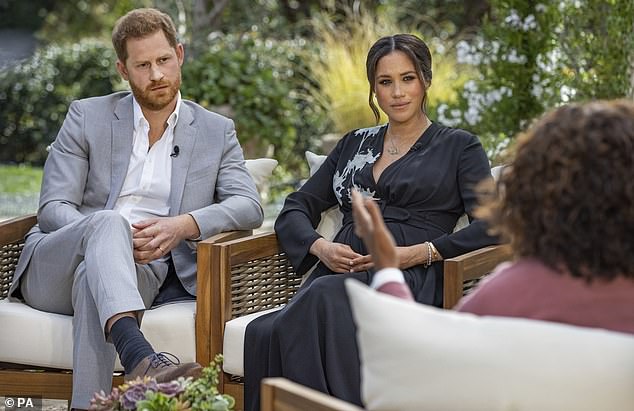 Is Harry and Meghan’s rebrand a swipe at the palace? New Archewell logo features the word ‘service’ 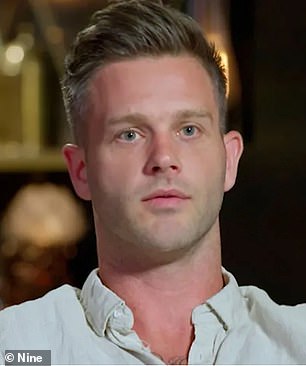 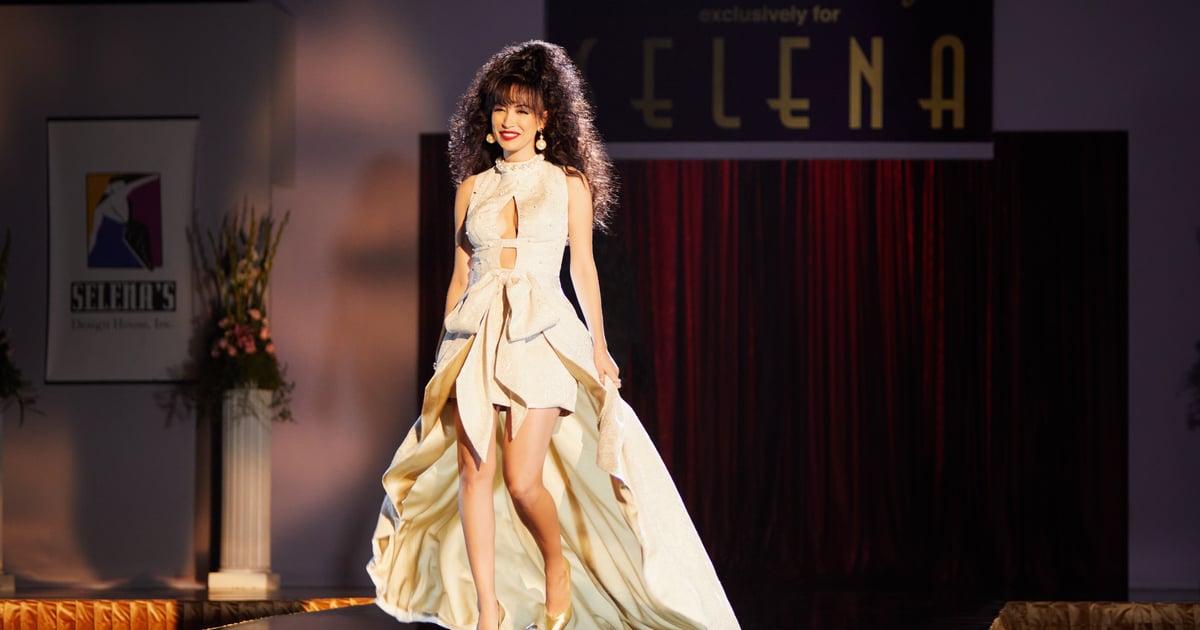