Homeowners in Napa Valley have forced a timeshare company out of their neighborhood which was snapping up local homes and selling customers a one eight share of them to use for 44 days a year.

Pacaso, founded in October by executives from the real estate company Zillow, aims to do to second homes what Airbnb did to hotels and Uber did to taxis. It targets luxury neighborhoods slightly off the usual tourist trails.

Critics say it changes the nature of a neighborhood; the company insists it is making exclusive communities more accessible and, by allowing eight people to share ownership of one home, reducing the intense demand on housing stock.

In April Pacaso – now valued at $1 billion purchased a property in north Napa.

Local residents began protesting outside Pacaso properties, such as this one in Napa Valley, in a bid to deter potential investors from the homes 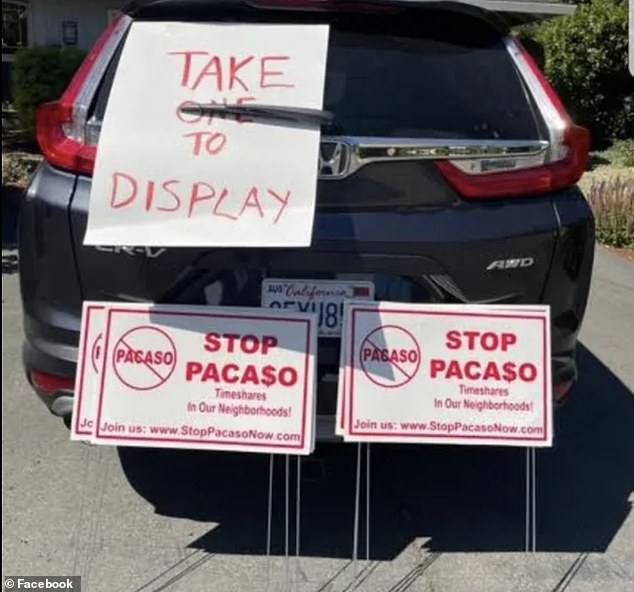 Homeowners in the Napa Valley neighborhoods worried about a rotating cast of new people, and loud parties at the second homes. They said the character of their neighborhoods would be changed forever. Supporters of Pacaso accused them of elitism 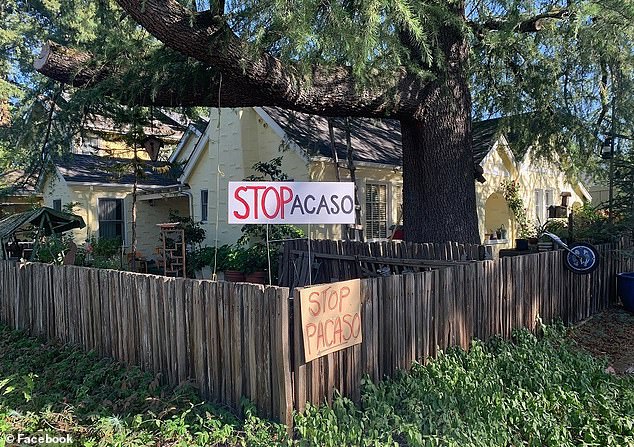 Signs protesting against the company, which is less than a year old, have begun appearing all over Napa Valley. Pacaso is in 25 different locations, and plans on expanding to Europe, Mexico and the Caribbean 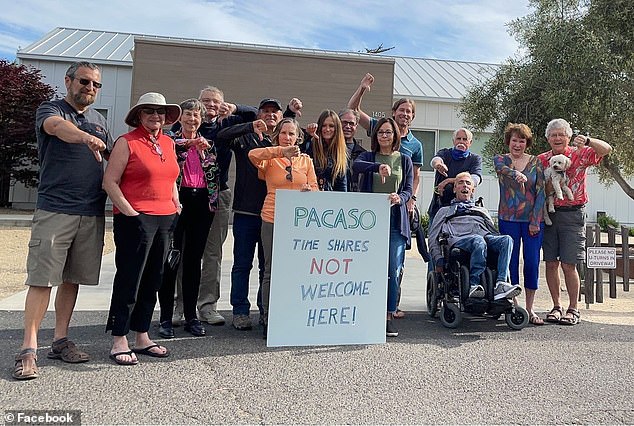 People who live in Napa Valley insist that they want to keep the housing for local people, rather than second home owners. Pacaso’s CEO insists that their anger at California’s housing shortage is the real problem, rather than Pacaso’s 14 homes in the region

Pacaso relisted the home for sale in eight shares at $184,000 each.

But neighbors expressed shock and anger, including Thom Lichtenstein, who has lived in his home on Rainier Avenue for 26 years. 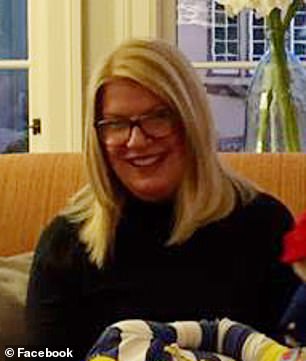 ‘I was like: ‘you’re kidding. Come on. On this street? Why would anyone want to live on this street in that sort of format?’ said Lichtenstein, speaking to Napa Valley Register.

He said he was concerned about ‘the variables’ involved with ‘people coming and going who aren’t really going to be part of the community.’

Neighbors began staging protests, and putting up anti-Pacaso signs around the property.

One neighbor, Pattie Dullea, told The Wall Street Journal how, in May, she warned a man who pulled up in an antique sports car to inspect the home against making the investment.

‘You might not want to buy there,’ she said she told the man.

‘We don’t want our neighborhood to turn into a timeshare neighborhood. And we are going to do everything in our power to make that not happen.’

Dullea told the Napa Valley Register: ‘Our neighborhood is wrong for this. We have to preserve our little neighborhoods in Napa – there’s teachers, policemen and electricians here.

‘It is a wonderful, varied neighborhood that should not be able to be in the market for fractional ownership.’ 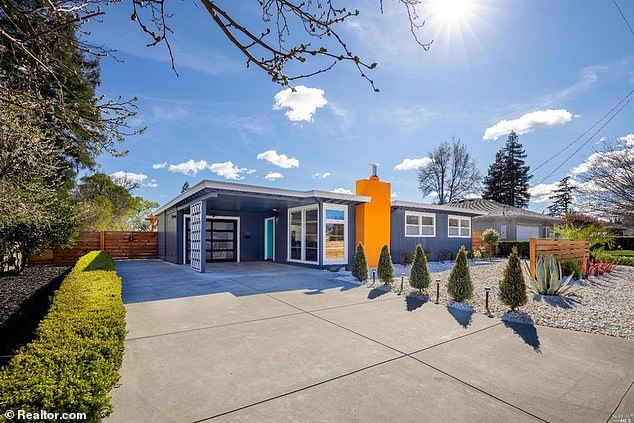 The $1.13 million home on Rainier Avenue in Napa’s Bel Aire neighborhood (above) was bought by Pacaso in April. Shares were being sold at $184,000, for one eighth. By June, Pacaso caved to pressure and announced they were selling 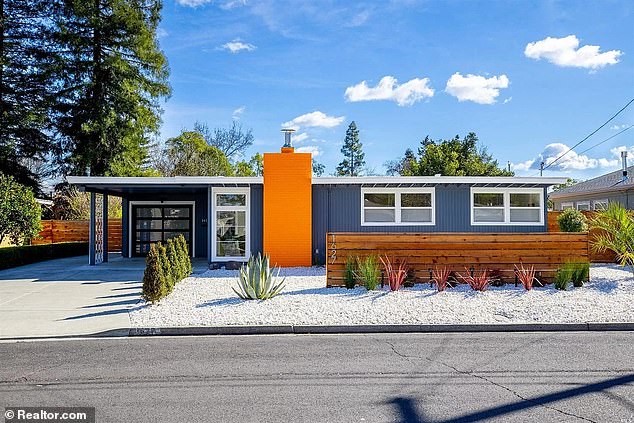 One neighbor, Thom Lichenstein, said that forcing Pacaso to sell the property at 1627 Rainier Avenue (above) was a victory for ‘people power’. He said Pacaso were scared off by the bad publicity

By the beginning of this month, Pacaso had withdrawn the home from its listings, and admitted it had made a mistake.

‘It was kind of a victory for us,’ Lichtenstein said. 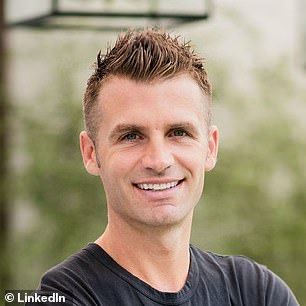 Austin Allison, the CEO of Pacaso, has admitted the company made a mistake with 1627 Rainier Avenue. But he said the company was intent on working with local communities to ease any concerns

‘It was a PR kerfuffle for them. It was not good press and their investors probably didn’t want to hear about it.’

Austin Allison, Pacaso chief executive and a Napa resident, said the case was an ‘outlier’ and a learning experience for Pacaso.

‘We are a new company, we are human, we make mistakes,’ he said. ‘In this case we concluded that it wasn’t the right home for Pacaso and decided to sell it.’

A Pacaso spokesperson acknowledged opposition to the company’s fractional homeownership model but added there were ‘plenty of neighbors’ who had been supportive of the startup and its model.

‘We look forward to working together to help the community thrive over the long term.’

But the company knows that they may have a fight on their hands.

Pacaso’s CEO said that the company currently has 14 properties in the region. Currently on offer is an eighth share in this home, in Napa, with a terrace overlooking wine country

This four bedroom home, with an infinity pool overlooking the vineyards, is for sale for $691,000 for a one eighth share

A home in Sonoma, known as ‘Chardonnay’ is for sale for $606,000. Pacaso promote it as ‘modern and high-tech’, with a lap pool and newly-renovated interior

Dullea, emboldened by their victory, has now formed an alliance with other Wine County homeowners keen to push Pacaso from their districts.

At is launch, Pacaso was focused on 25 markets in 10 states – the website currently lists homes in sought-after sunshine spots such as Miami, Palm Springs and Malibu; and exclusive ski towns such as $11 million mansions in Aspen, Telluride and Park City.

The company plans to expand in Europe, Mexico and the Caribbean.

Allison declined to say how many homes the group has purchased, but told The San Francisco Chronicle it has sold shares to about 200 owners and is ‘growing quickly.’

Dullea has inspired a slew of new groups in the Napa Valley area, such as Communities Against Timeshares (Cats); Sonomans Together Opposing Pacaso (Stop); and Neighborhoods Opposing Pacaso Encroachment (Nope), in St Helena.

Allison told The Wall Street Journal that the activists were mistakenly channeling their anger about the larger shortage of affordable housing in California.

The company’s 14 homes in the region are a drop in the bucket, he said.

This five bedroom, seven bathroom home in Palm Springs, with a waterfall pool and views of the San Jacinto Mountains, is currently listed with Pacaso. The entire property is valued at $5.2 million

A $15 million home in Florida, with views over Indian Creek Golf Course, is among the most expensive on Pacaso’s site. A one-eighth share of the seven bedroom home, which gives owners 44 days, is for sale for $2.37 million

‘This housing crisis is a big problem that’s way bigger than Pacaso,’ he said.

The city of St Helena in Napa County has taken locals’ criticism one step further and accused Pacaso of operating as a timeshare, which would contravene their zoning laws.

‘Based on the evidence that the City has received of the nature of Pacaso’s and its buyers’ intended use of residential properties in St Helena, Pacaso appears to be operating, facilitating, and selling timeshares under state law and the City’s code,’ argued Ethan Walsh, St Helena city attorney, earlier this spring.

‘Simply calling them co-ownership arrangements does not change that fact.’

Pacaso has hit back, and is suing the city of St Helena, arguing that the time share label is inaccurate.

The company insist that their model differs from time shares because buyers are not purchasing ‘time’ but a share in the limited liability corporations that own the underlying real estate.

In the lawsuit, Pacaso accuses St Helena officials of waging a ‘calculated and intellectually dishonest campaign against Pacaso and its homeowners to violate their protected rights to share ownership of a single-family home with others.’

Only one share is left of this $5.85 million home in Telluride, Colorado – a ski resort favored by celebrities such as Tom Cruise, Jennifer Aniston and the Jonas brothers. The six bedroom home is a two-minute walk to Telluride Ski Resort’s Mountain Village gondola station

A ski in/ski out $7.95 million home in the Colorado ski resort of Snowmass is currently on offer, with one eighth shares available for $1.185 million

The San Francisco-based company accuses the Wine Country city of elitism, saying St Helena has ‘sought to preclude Pacaso and its homeowners from enjoying the benefits of secondary home ownership in St Helena – a privilege that they have sought to reserve only for those in the upper echelon of financial status,’ the lawsuit states.

‘Sadly, this is just the latest chapter in a long history of improper attempts by the City to exclude outsiders from the community.’

They argue that its fractional approach ‘unlocks new opportunities for traditionally underrepresented communities.’

Around two-thirds of Pacaso homeowners in St Helena and 25 per cent of Pacaso’s total owner group are non-white or identify as LGBTQ, the group says.

The drama did nothing to put off Michael Sene, from Oakland, who told The San Francisco Chronicle he had bought a share of one of Pacaso’s St Helena houses.

He said he has always wanted a second home but that purchasing an entire property was financially out of reach, and 44 days a year is about right for his family, although he would be interested in buying a second share if he could afford it.

‘We love it up there. We have our favorite spots to go out to. We have a pool, a hot tub, nice view of the vineyards in the back,’ he said.

‘For someone like me to buy a whole house up there would not be possible given how crazy property values are these days.’ 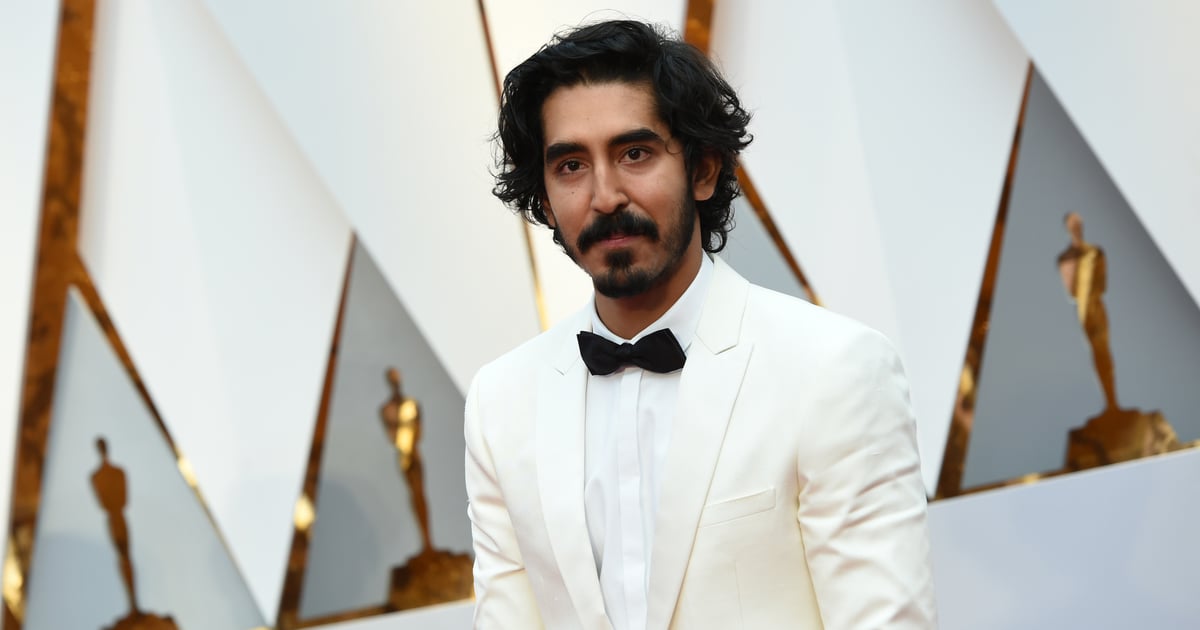 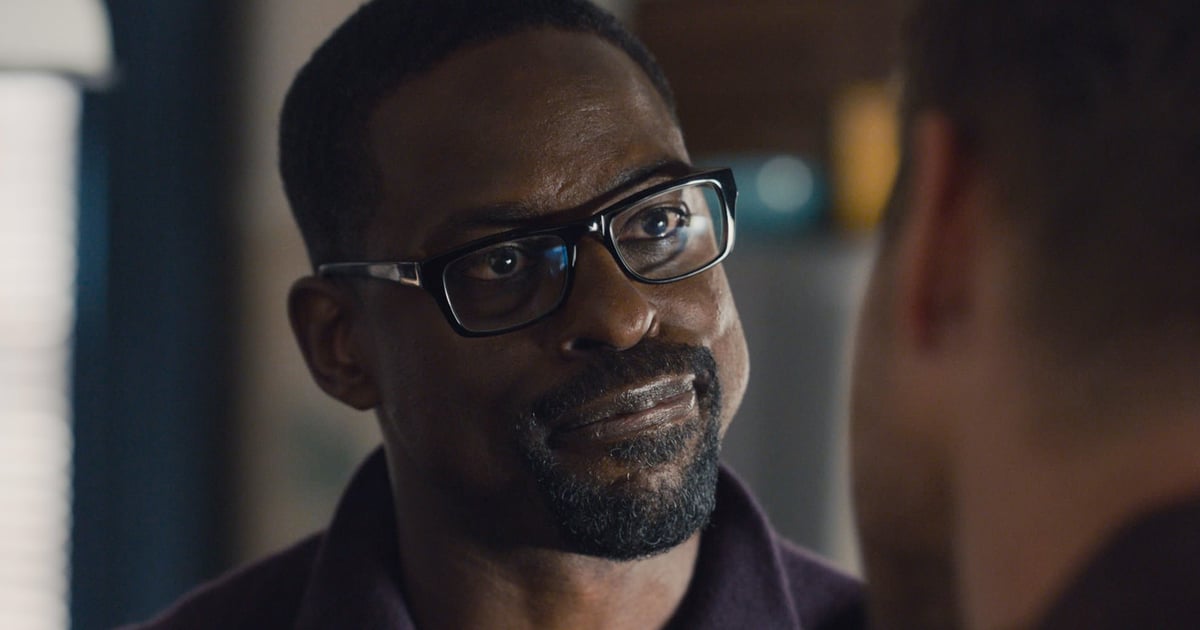 Sterling K. Brown Promises Final Season of This Is Us Will Be “Heartbreakingly Beautiful” 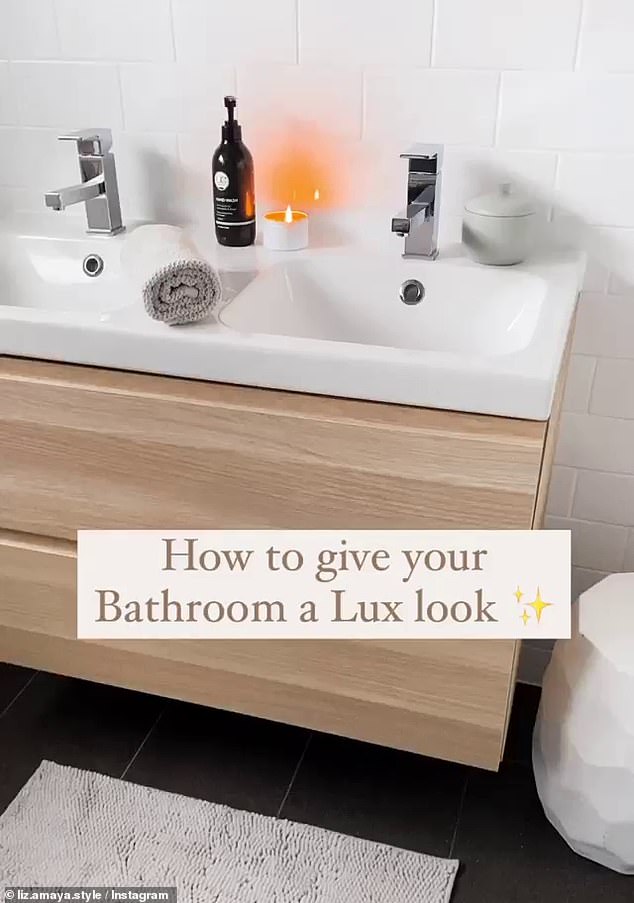 Liz amaya: How to give your bathroom the ‘luxe look’ 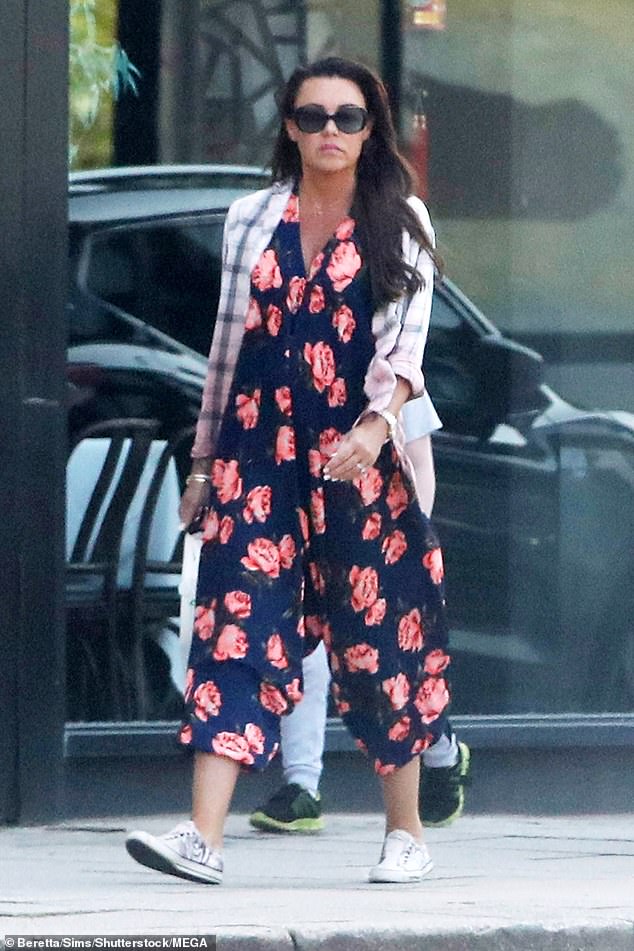 Michelle Heaton is pictured for the first time since rehab stint