Andrew Cuomo accuser Lindsey Boylan last night compared him to the repulsive Jabba the Hutt from Star Wars in a new attack on the embattled New York governor.

Boylan shared a picture of the slug-like Jabba with Princess Leia in his grip in a famous scene from 1983’s Return of the Jedi, adding the caption: ‘Just the good old office welcome to women in the governor’s office of New York’.

The tweet by Boylan, who claims Cuomo kissed her on the lips without her consent, prompted fellow accuser Ana Liss to respond with a GIF from Jurassic Park in which a glass of water trembles while a dinosaur prowls nearby.

‘Tfw he’s approaching your desk,’ she wrote, implying Cuomo is a dinosaur and highlighting a string of claims by Cuomo staffers who say the his office was an uncomfortable place for women.

The governor has denied claims of inappropriate touching but said he was sorry if his behavior had ‘made people uncomfortable’.

Lindsey Boylan posted this image of Jabba the Hutt with Princess Leia in his grip in a famous scene from Return of the Jedi, drawing a comparison with New York governor Andrew Cuomo 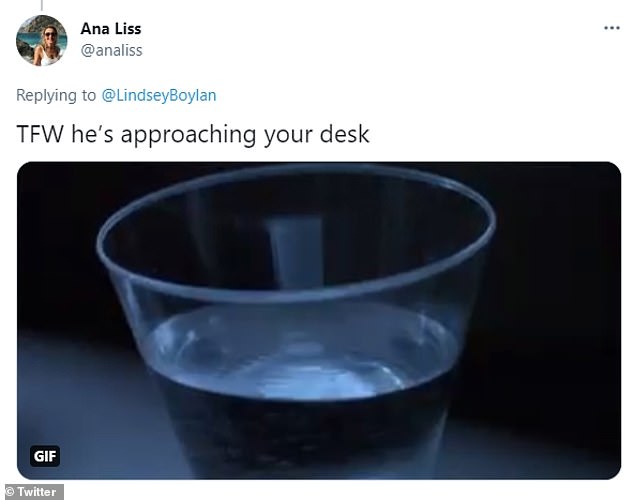 Fellow Cuomo accuser Ana Liss followed up with a GIF of a trembling cup of water from Jurassic Park, implying that Cuomo is a dinosaur

The flurry of allegations against Cuomo has led to repeated calls for his resignation but he has so far refused to bow to the pressure.

In addition to claims of physical misconduct, Cuomo is accused of making objectifying remarks and asking women unwanted questions about their sex lives.

Others have described unwanted hugs or kisses or making comments they interpreted as gauging their interest in a relationship.

One staffer says she was told to sit in Cuomo’s ‘line of sight’ and later told that the governor liked blondes wearing high heels.

Boylan, who was the first accuser to speak out publicly, claims that Cuomo would ‘go out of his way to touch me on my lower back, arms and legs’.

She first raised the allegations in December but elaborated earlier this year in a post which prompted several other women to come forward.

They included Liss, who said that Cuomo had kissed her hand, asked if she had a boyfriend, called her ‘sweetheart’ and would greet her with a kiss on both cheeks.

‘It’s not appropriate, really, in any setting,’ she told the Wall Street Journal in an interview published earlier this month. ‘I wish that he took me seriously.’

Cuomo denies sexual harassment but has acknowledged that it was a ‘custom’ for him to kiss and hug people when greeting them.

The 63-year-old Democrat has also said he was sorry if his behavior had made ‘people feel uncomfortable.’ 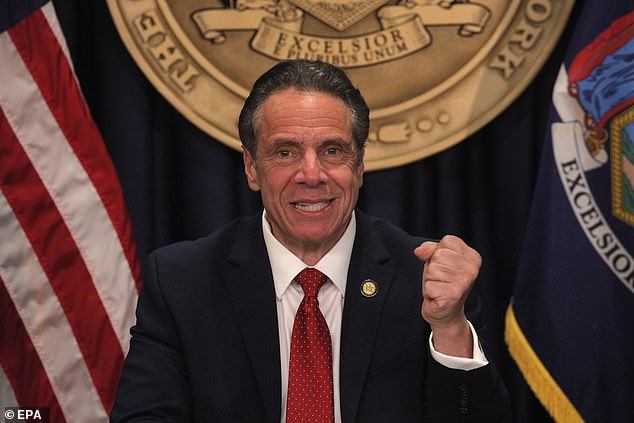 Andrew Cuomo, pictured, denies sexual harassment but has said he is sorry if his behavior made people feel uncomfortable 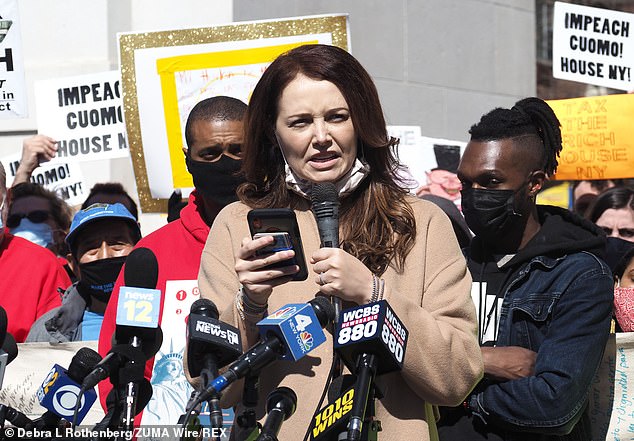 Lindsey Boylan, pictured at a rally calling for Cuomo’s resignation last weekend, was the first accuser to speak out publicly against the governor

New York’s attorney general Letitia James is investigating the claims against Cuomo, with President Biden saying he should quit if they are found to be true.

Cuomo declined to say on Wednesday what his office is doing to ensure a safe work environment for female aides.

Speaking to reporters from his Manhattan office, Cuomo said ‘there are rules’ about how employers are supposed to handle such complaints.

He then turned to his special counsel, Beth Garvey, to elaborate.

‘Certainly every individual who comes forward and makes a complaint is protected from retaliation and we are making sure that occurs in this case as well,’ Garvey said.

In addition to the harassment claims, Cuomo is also under pressure over alleged wrongdoing in New York’s handling of Covid-19.

Once seen as a leader in the response to the pandemic, Cuomo has since been accused of covering up deaths at nursing homes during the outbreak last year.

New York’s state assembly is holding an impeachment inquiry against Cuomo while a federal inquiry into the nursing home deaths is also underway.

On top of that, new claims have emerged that Cuomo used his office to secure Covid tests for family members including his brother Chris at CNN.

James has urged New York’s Joint Commission on Public Ethics to investigate the alleged preferential testing after reports were published in the Times Union of Albany, the New York Times and the Washington Post.

A spokesman for the ethics commission, Walt McClure, said the commission could not comment ‘on anything that is or might be an investigative matter.’ 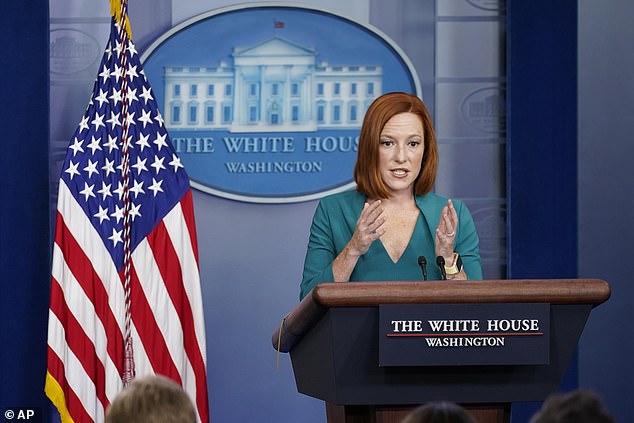 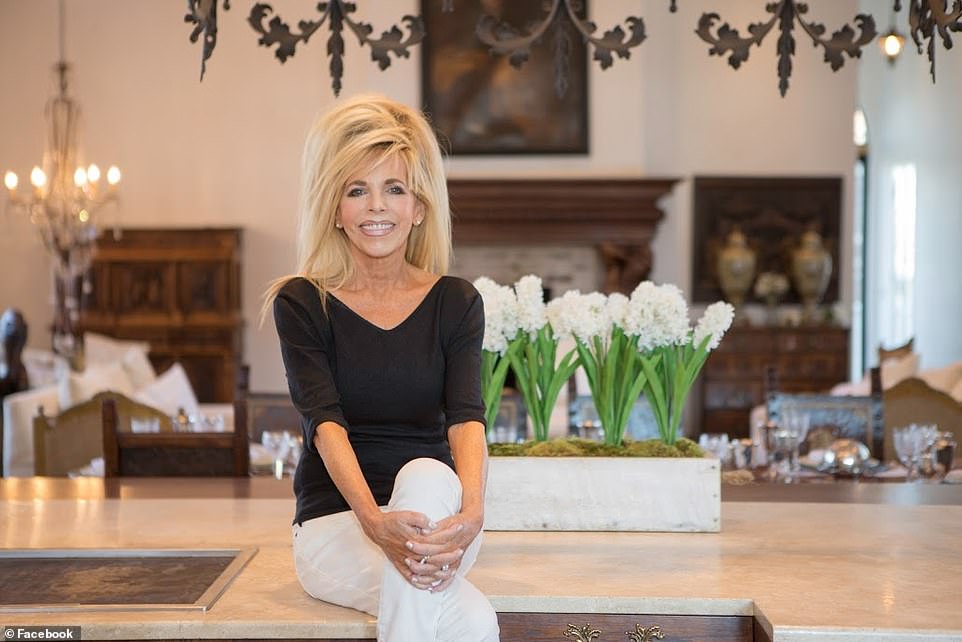 The Handmaid’s Tale: Let’s Take a Minute to Talk About the Mysterious Mrs. Keyes 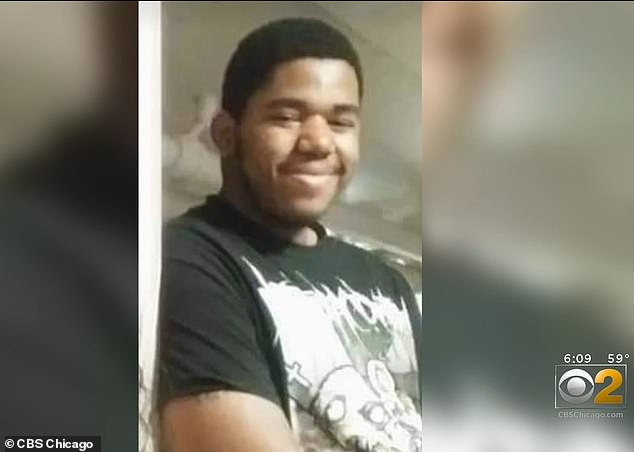