Bingo is one of the oldest and most popular games in the world. The allure of prizes won by chance is enticing enough on its own, but there is more than one reason why millions of people adore bingo.

If you love bingo, you already know how much fun it can be. For those who want to discover why it’s so compelling, here are 7 reasons why bingo remains one of the most beloved games in history.

Bingo is an incredibly straightforward game. The rules are simple; grab some numbers, mark them off when they get selected, and that’s it. There’s really nothing more to it. It’s this simplicity that gives bingo an edge over other group-based games.

With no pressure around decision-making, it’s a game that allows you to sit back, relax, and enjoy the flow of the game. Winning is entirely based on the luck of the draw, so there’s no need to concern yourself with complicated strategies or advanced tactics.

There’s no such thing as a winning strategy. Every game is played with the objective of enjoyment being first and foremost, and this dynamic provides a welcome change compared to the depth and complexity of other games.

Despite its somewhat laid-back pace, bingo can be as competitive as you want it to be. There’s nothing stopping you from having a multimillion-dollar prize, and this versatility ensures that bingo suits every type of player.

If you want to inject some adrenaline into your game, you can turn up the frequency of number reveals, add in a few bonus prizes, or simply attach bragging rights to victory. The only limit is your willingness to compete, but that will differ for every type of player.

Games with a slower pace tend to work well for beginners, while experienced players often prefer a slightly faster pace so that multiple games can be played in one sitting. Once again, the appeal of bingo lies in its capacity for adaptation.

Photo by dylan nolte on Unsplash

Unlike most other games of chance, bingo is designed with social engagement in mind. You aren’t trying to maintain a poker face or fool your opponents in any way. Instead, every game fosters a sense of community and encourages player interaction.

It’s the perfect game to play with friends, family, and like-minded individuals. It gives players a common ground they can all relate to, providing a shared experience of healthy competition, back-and-forth banter, and insightful conversations.

Did you know that bingo can improve your cognitive skills? Multiple studies have shown that playing bingo can increase mental focus and cognitive capacity. What’s more, it can also provide physical benefits, such as improved hand-eye coordination, for example.

It can help you to build social connections, and it’s especially useful for maintaining relationships. Laughter is bound to occur in such settings, and we all know how important smiles and giggles can be for reducing high levels of stress.

Compared to people who don’t play, bingo players achieve better results in several tests of speed, memory, and cognitive function. The age of the player doesn’t matter, and the myth of bingo being reserved for the elderly is no longer as widespread as it used to be.

Now and then, we all need a break from the blistering pace of modern living. Games with numbers are oddly compelling in this regard, which is probably why so many games we play are based on math and geometry.

From Sudoku and Minesweeper to Tetris and Solitaire, we look to these games for enjoyment and relaxation. However, most of them can only be played by a handful of players at once. Bingo, on the other hand, is far less restrictive in terms of player count.

A game of bingo can be as large or small as you need it to be. You can play with five players or 5,000 of them, and it would make no difference to the flow of the game. No one needs to take a turn to play, and everyone has the same odds of winning.

Photo by Mick Haupt on Unsplash

Bingo has been around for centuries. It can be traced back to the early 1500s, with a long history of rapid adoption in every country where it was introduced. Like other classic games, it has withstood the test of time and never fails to provide genuine entertainment.

The simple truth is that you can’t go wrong with a classic. Bingo ticks all the right boxes when it comes to timeless formats for fun, and other games just can’t beat it in terms of simplicity or scalability.

It’s extremely easy to understand the rules, to the point where anyone with a basic understanding of numbers is more than capable of winning.

Speaking of accessibility, bingo games are available at any time of the day, no matter where you are in the world. Thanks to mobile technologies, we’re at the point where the same game of bingo can be played in several countries simultaneously.

It doesn’t matter if you have a laptop, smartphone, or desktop computer. All you need is an online connection, and you’re ready to play. That kind of connectivity was unheard of not too long ago, and it shows how much we desire social games.

With several health benefits, no unnecessary complexity, and an unprecedented level of accessibility, bingo is a prime example of the type of game we need nowadays – a relaxing distraction that provides the opportunity to connect with others.

eBay announces acquisition of KnownOrigin for an undisclosed amount 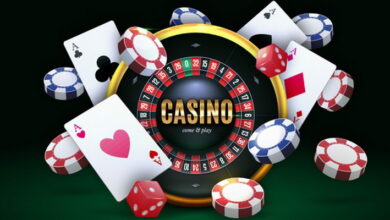 What Online Casino Games Have the Best Odds?

Tips and Tricks to Win at Blackjack 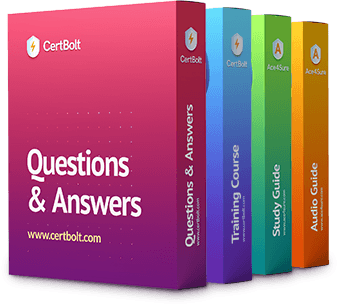