Ocean Casino Resort is suing Live! Casino & Hotel Philadelphia, accusing its fellow casino complex of engaging in unfair competition by using a slogan that it says is confusingly similar to one it has itself used in an earlier advertising campaign.

The lawsuit, filed this past Tuesday, was prompted by the “Go for the win” slogan that Ocean used in a campaign promoting the services of one of Atlantic City’s nine operational casinos. Said campaign was launched on June 22.

In its legal complaint the Boardwalk casino resort said that it had spent several months and $140,000 to develop the campaign with its advertising agency. Ocean further noted that after rolling out the campaign, it spent $1.5 million to promote it in the South Jersey-Philly area.

Live! had its grand opening in February to become Philadelphia’s second full-fledged casino resort. The property is located near the South Philadelphia Sports Complex. It features 208 hotel rooms, a casino with 2,100 slot machines, 150 table games, and a sportsbook, as well as multiple food and beverage outlets and entertainment facilities attracting locals and guests of Pennsylvania’s largest city.

Developer The Cordish Companies of Baltimore spent more than $700 million on building the complex.

According to Ocean’s lawsuit, Live! introduced in July its own campaign that included a nearly identical slogan, “Let’s Go for the Win.” The newly opened property has used the contentious pitch in ads on TV and website, the lawsuit further points out.

The complaint notes that Live! has run “Let’s Go for the Win” on a digital sign on Atlantic City’s Boardwalk not far from where Ocean is located.

According to the lawsuit, Ocean filed an intent-to-use application for the slogan with the US Patent and Trademark Office in early May. That original application was later converted to a use application, it further became known.

The Atlantic City casino pointed out that its pitch was “a unique and distinctive service mark of Ocean” and that Live! lifted its own slogan without Ocean’s consent as part of a “deliberate plan to trade on” the latter casino’s service mark.

Cordish Cos. representatives are yet to comment on the matter.

Ocean’s suit seeks a court order to bar its Philadelphia fellow gambling venue from using the contentious phrase. The Atlantic City resort also wants Live! to destroy all marketing material that features what it describes as a “confusingly similar” advertising pitch.

In addition, Ocean seeks unspecified damages and wants the other casino to cover the cost of its suit. Real Madrid Continues to Dominate all Leagues and Landscapes How to Apply for a Dutch Online Gambling Licence ▶ Info & Requirements 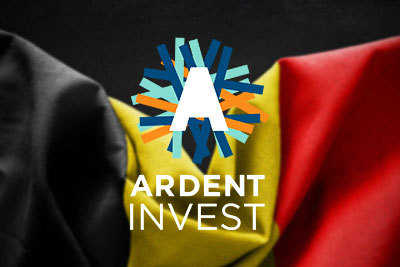 January 10, 2022
Check Also
Close
Recent Stories
Featured Posts
I became a ‘fit-fluencer’ in my 70s (it’s never too late to transform your body)
14 mins ago

Are booze-free tipples really as healthy as you think?
30 mins ago

Peloton instructor Leanne Hainsby, 35, says she has been battling breast cancer for six months
45 mins ago