To begin our London Marathon odds blog post, we will first find out about the event’s origin and its history. As we have familiarised ourselves with the annual British competition, we will explore the components of the race and the involvement of the Virgin Group. Finally, after we have gone through every important detail regarding the event, we will wrap up our blog by presenting you with fantastic bookmaker websites that follow the Virgin Money London Marathon.

What is the London Marathon?

The famous London Marathon is an annually held event that takes place in London, United Kingdom. It was founded by the athletes Chris Brasher and John Disley in 1981 and usually took place in April. Anyhow, the marathon is mainly set on a flat course around the River Thames. Each year, the contestants begin their venture in Blackheath and finish at The Mall.

The London Marathon can be divided into several individual components. For starters, the public’s mass race, where everyone is welcome, is the largest running event in the UK. Next on, there are professional long-distance races for men and women, which include some of the most famous athletes with charities. Athletes under 17 can participate in the 3-mile mini-marathon event. Finally, the last division of the main marathon events is the elite level wheelchair races for men and women.

The Charity Side of the London Marathon

The London Marathon event has a significant contribution to charity. Since its establishment, the sports event has managed to raise over £1 billion, with the help of millions of supporters, participants, and celebrities. For example, the 2019 London Marathon gathered £66.4 million, making it the highest amount for a single-day fund-raising event. To give you a rough image of this charitable event’s gravity, we have included a short list of some notable London Marathon events throughout the years.

Currently, only one in four people, diagnosed with cancer, are being researched. According to studies, there will be four million people living with cancer by 2030. Because of that troubling picture, the organisers of the marathon have set as their ambition to do their best to help tackling this uphill battle. Moreover, Macmillan Cancer Support has been selected to be the official charity for the 2021 Virgin Money London Marathon. The incoming fundraising target will be set to expand the telephone support line and fund the professional development of our healthcare professionals.

As we can see from the table above, the London Marathon event has been growing steadily throughout the years. From just over 7000 participants in 1981, the charity has experienced an ever-increasing number of applicants. In fact, in 2019, there were more than 42,000 runners. Anyhow, the charity aspect of the London Marathon has also shown an increasing financial capability, raising £66.4 million just in the 2019 edition of the event. These numbers are so impressive that they often overshadow other fundraisers like the charity race night events.

Track Course of the London Marathon

Let us take a look at the London Marathon’s exact map and discuss its components in detail. As we have mentioned earlier, the marathon is run over a predominantly flat terrain around the River Thames. The whole charity track spans 42.195 kilometres, and the route has markers at one-mile intervals.

The London Marathon begins at three different starting points. The “red start” is in southern Greenwich Park on Charlton Way, while the “green start” is situated in St. John’s Park. Finally, the “blue start” commences on Shooter’s Hill Road. Anyhow, the three individual courses converge after 4.5 km in Woolwich, near the Royal Artillery Barracks.

Once all starting points connect into the main London Marathon track, the first checkpoint comes at the 10 km mark as the runners pass the Old Royal Naval College. From there, the contestants will head towards Cutty Sark drydocked in Greenwich. The next milestone is when crossing Tower Bridge, marking the halfway point in the marathon.

The route carries on by taking the athletes through Limehouse and Mudchute before heading into Canary Wharf. Then, competitors are taken west down Poplar High Street leading to Commercial Road. This section of the race takes the runners along the Lower and Upper Thames Streets, an interlude to the race’s final leg.

In this section of our London Marathon blog post, we will briefly go over the types of races included in the British charity event. For instance, the competition’s main event is the mass public race, also known as “mass start”.

As the name speaks for itself, you can imagine that this London Marathon component includes thousands of participants. For all contestants to face the same environmental conditions such as temperature, wind, rain, and heat, they need to start at the same time and place. In the London event, as there is an overwhelming number of applicants, the organisers have designated three individual starting points that later on connect into a single track. Finally, the “mass start” is also divided into separate events for women and men.

Another essential component of the charitable London Marathon is wheelchair racing. This category of the British event is open to athletes with any qualifying type of disability. That includes amputees, cerebral palsy, partially sighted (when combined with another disability), spinal cord injuries, and others. Moreover, the participating athletes are classified in accordance with the severity and nature of their disability.

The final component of the charity event is the Mini London Marathon. Similar to the “mass start” event, the latter includes a predetermined track. However, as the Mini London Marathon is specially designed for participants, 18 or younger, the distance of the venture is slightly over 3 miles long. As with the other component groups, the youngsters’ applications must first be approved to participate in the marathon.

About the Virgin Money London Marathon and Virgin Group

The London Marathon has had numerous sponsors since the event was first established. However, in 2010, Virgin Group signed a five-year deal to be the competition’s official sponsor. The sponsorship contract led to the creation of Virgin Money Giving, a non-profit company.

This new division to the Virgin Group has the goal “to help all fund-raisers raise more money for good causes”. The two parties extended the sponsorship contract, and they are still working together to this day. The race has been known as the Virgin Money London Marathon since 2014.

The London Marathon is an incredible charity event that sees thousands of runners and viewers from all around the world. With numerous sports fans, the contest attracts many of the best athletes from even the most distant places. As you could suspect, all professionals bring their outstanding skills and a high level of competition. Of course, nearly any kind of such rivalry goes hand to hand with sports betting.

Moreover, fans of the London Marathon have been placing bets amongst themselves since some of the charitable event’s first editions. Because of that huge interest in wagering, some of the best new UK sports betting sites have begun offering different London Marathon ballot odds. Depending on the online operator, you will be able to choose to place a bet on nearly all included disciplines. Of course, it is needless to say betting on participants is limited only to the famous and renowned athletes competing for the first places.

If you are looking to place bets on the London Marathon betting odds, we advise you to inspect and compare what each online sportsbook has to offer. Even though the odds and numbers are relatively close, there are still some differences between the individual operators. Therefore, we suggest you strive for achieving the best deal possible by ensuring that the odds are competitive while the promotions are applicable and attractive.

How to Participate in the London Marathon Betting?

Unlike participating in the actual London Marathon, competing with your bets does not require much preparation. In fact, there are no applications for being able to bet. Therefore, all you have to do is to determine the desired online bookmaker and complete your registration.

We want to stress that each operator offers different promotions; thus, you should always aim to obtain the most suitable bonus to your preferences. If you are unsure where to start from, we would suggest visiting the 888Sport bookmaker website, as it has offered in the past some attractive odds and bonuses in regard to the Virgin Money London Marathon.

In addition to the local British online bookmakers, there are plenty of London Marathon overseas ballot odds that can be found, just with a quick internet search. Once you have signed up there, you will be able to place bets on your favourite participating athletes and even stream the marathon live. However, we would like to stress that plenty of illegitimate websites present an actual risk for your money and details. Therefore, we always advise you to make sure a third-party authority has licensed your operator of choice.

The London Marathon is a fantastic charity sports event that has been held in the British capital for over 40 years. Throughout its existence, the contest has only grown up in popularity by the public and participation from professional athletes. Expectedly, such a massive competitive event has captured the attention of fans and many of the best sports betting websites, thus bringing the race to a whole new level. Respectively, UK citizens have been presented with multiple bookmaker sites where they can test their luck, knowledge, and gut against the odds.

Unfortunately, we are reaching the end of our London Marathon betting blog. Therefore, we thought we could use our gathered data on the subject and address some of the most frequently asked questions. Therefore, in the following section, you will find some of our hand-selected queries and their respective answers.

👟 What is the London Marathon?

The London Marathon is an annually held event that is hosted in the capital city of England, London. The first edition of the contest took place in the Spring of 1981, organised by Chris Brasher and John Disley’s passionate athletes. Since then, the London Marathon has experienced an ever-rising level of interest by fans, viewers, and professional runners.

💖 Is the London Marathon event involved with charity?

We are pleased to confirm that the London Marathon has significant charity contributions. Moreover, the British capital contest has generated more than £1 billion in charity money from donations and sales. The 2019 edition of the marathon managed to raise £66.4 million, turning it into the highest amount for a single-day fund-raising event.

🎽 What has Virgin Group has to do with the London Marathon?

In 2010 a five-year deal was signed by Virgin Group, to be the official sponsor of the London Marathon. That resulted in the establishment of Virgin Money Giving with the idea “to help all fund-raisers raise more money for good causes”. Subsequently, the contract was extended, and the company will continue their commitment to the Virgin Money London Marathon.

The London Marathon betting odds are determined by bookmaker analysts who track the events and tournaments. Therefore, you are most likely to find some differences in the odds when comparing multiple online sports betting websites. Finally, have in mind that all betting rates and ratios are subject to change until the race’s very start.

✔️ Are there any London Marathon overseas ballot odds available?

There are some London Marathon overseas ballot odds available. Moreover, it is not that difficult to find them either. As the local operators are only accessible by British players, overseas online bookmakers have recognised the London Marathon’s potential. However, as there are many fake websites, we always emphasise ensuring the operator’s legitimacy.

🎲 What are the odds of getting into the London Marathon?

Depending on which of the London Marathon race components you want to participate in, the odds can be against you. If you want to run in the “mass start”, then you will be competing with thousands of people for a single number tag. Also, have in mind that some slots are reserved for professional athletes from Britain and abroad. 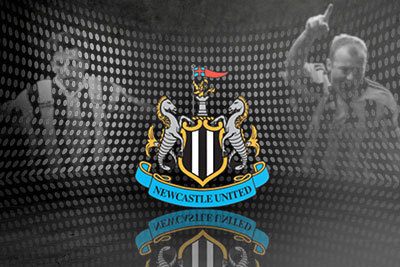 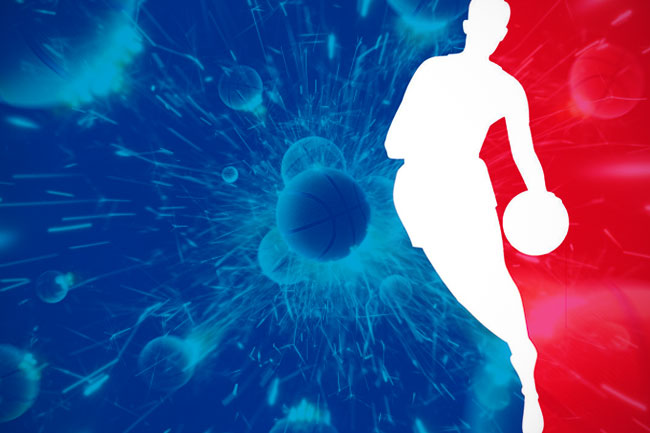 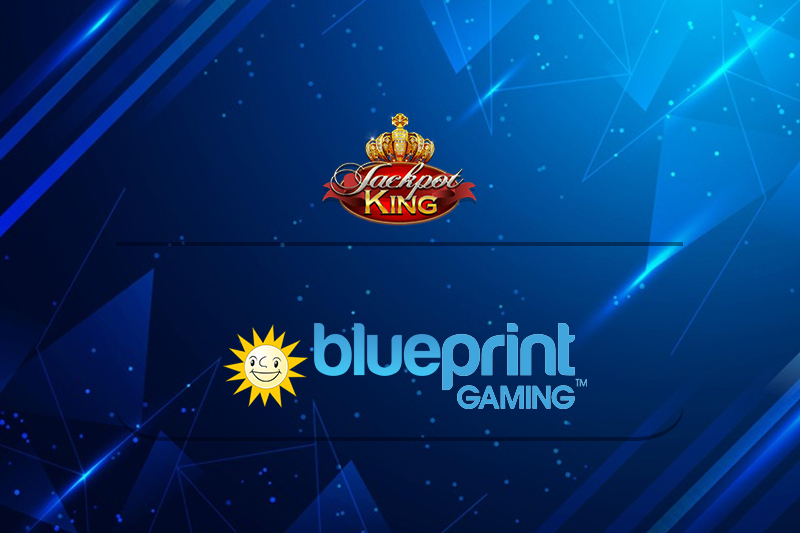 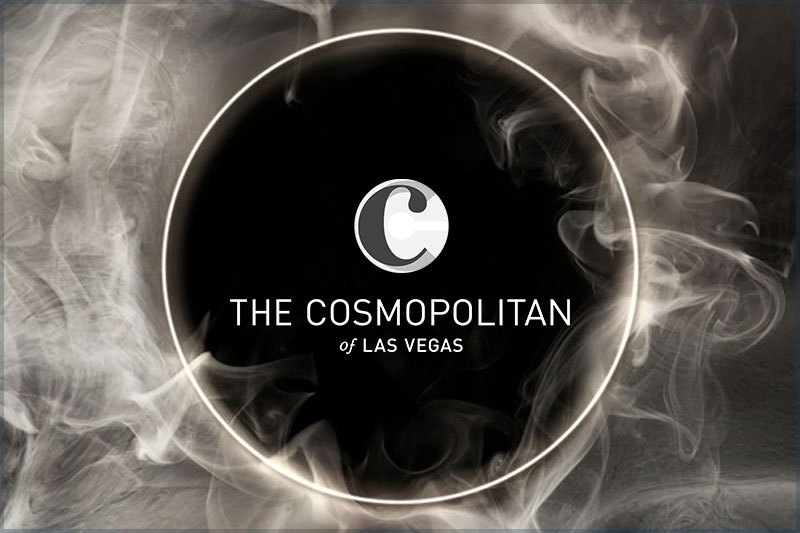