A troubled bill calling for a public vote in St. Tammany Parish on a proposed casino just outside Slidell on Monday survived its final legislative hurdle as the Louisiana Senate passed the measure with a 23-14 vote.

House Bill 702 now needs to be signed into law by Gov. John Bel Edwards. The state’s top official earlier expressed his support for the effort, which means that the fate of the multi-million casino plan now lies with St. Tammany Parish voters.

It was in February when news emerged that Peninsula Pacific Entertainment (P2E), a Los Angeles-based developer and casino operator, would be able to pitch its project before state lawmakers. Twin bills were filed in the Louisiana House and Senate, but the Senate piece of legislation has been stuck in the Finance Committee for weeks.

Sponsored by Rep. Mary DuBuisson, HB 702 moved out of the House floor in May with an overwhelming support from fellow House Reps and made its way through the Senate Judiciary and Finance Committees before the full Senate vote on Monday.

When signed by Gov. Edwards, the bill would authorize an October referendum in St. Tammany Parish, which includes the City of Slidell, on whether a 1996 ban on casino gambling in the area should be reversed.

If the majority of parish voters vote in support of lifting the ban, P2E would be able to move forward with its $250 million plan to build a casino at Interstate 10’s Exit 261 on an inlet along Lake Pontchartrain, just outside Slidell.

P2E has already gained support from St. Tammany Parish political and business leaders but convincing state lawmakers proved a more difficult task. The company hired 19 lobbyists to pitch its plans before members of the Louisiana Legislature.

It should be noted that the Los Angeles-based company was previously licensed by the Louisiana Gaming Control Board and has held onto its license after closing its DiamondJacks Casino in Bossier City in the spring of 2020. P2E now wants to relocate that vacant license to Slidell.

The company’s lobbyists were pitted against a group of Christian conservatives in Slidell who voiced concerns that a casino in the area would cause an unwanted spike in gambling addiction, crime, and other social ills.

The faith-based group was joined in its opposition by lobbyists for casino operators Boyd Gaming and Penn National Gaming. Both companies operate casinos in neighboring Mississippi and Louisiana that are located within an hour’s drive of Slidell and fear they would lose some business to P2E’s proposed casino.

Full House Resorts, a company running a casino located about 30 minutes from Slidell, said that it would propose to build a $500 million gambling venue in Lake Charles, if P2E is ordered to surrender its license and it goes out for an open public bid.

Louisiana Gaming Control Board chair Mike Noel previously said that the regulator could require P2E to return its license if St. Tammany Parish voters do not approve its casino project. 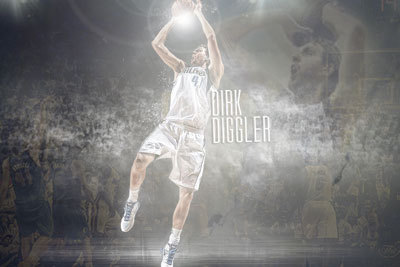 Dirk Nowitzki get his # 41 Retired by the Dallas Mavericks