EGT Interactive Limited has announced it has re-branded to Amusnet, marking another milestone in the progressive Bulgarian casino game developer’s evolution from cabinet and game provider to a full service-based online casino game provider.

The company was established in Sofia in 2002 and currently provides over 170 game titles, mostly focused on slots. New titles will continue to be introduced into the supply pipeline to bolster the Amusnet Slots portfolio and will include additional Keno and Lotto games as well as innovation expansion of its State-of-the-art Live Casino offering which was announced earlier this year.

The change in name was first revealed quietly late last month as the company began to paint a picture for the industry of where it is headed in the future. No radical reforms have been announced, with the company stating “It is a simple way to introduce diversity in our portfolio while delivering the same high level of service and quality.”

A New Level of Amusement

Players and operators can also expect to see and experience innovative features and functionalities of the developer’s classic slot games, some of which spent considerable time on Eastern European slot floors before being masterfully re-engineered for HTML5 delivery in mobile and desktop browsers.

The move to add features to well-known classic slots such as Ultimate Hot and Burning Hot is designed to ‘make the players’ experience even more exciting, through the addition of “…cutting-edge graphics, attractive mechanics, entertaining features, re-designed casino lobby, scalable architecture and improved API protocol are few of the areas of innovation”.

The company states that the brand positioning and game improvements will simply offer a new level of amusement and the EGT core beliefs, service, and great products will not be affected.

Some of the developer’s most popular games are its hallmark fruit-themed slots, especially in the “Burning Hot” series. However, throughout the years they have also introduced several more themes and mechanics to the familiar five-reel, 3 position games.

The increasingly popular Fruity Time Slot is one 6+1 reel and up to 8 reel positions on the vertical reel set. Many games with similar configurations in other catalogs are highly or extremely volatile, whereas this title is very low variance and offers free spins upon a trigger or the bonus can be purchased. At full expansion, the game offers over 200,000 ways to win.

Many of the slots also feature a random jackpot mechanic that can trigger after any paid spin. Players are presented with a dozen poker cards dealt face-down and can pick until 3 have been matched – guaranteeing one of the jackpot levels will be awarded.

New games in the pipeline for release as of today include Candy Palace, 20 Bulky Fruits, and Cocktail Rush slots.

In addition to video poker, lotto, cards, and keno games, the firm’s January Live suite release includes Live Speed Roulette, Live European Roulette, Auto Onyx Roulette, and Dynamic Roulette 120x with a dynamic paytable that awards an additional coefficient of up to 120x. The included Jackpot Cards random jackpot bonus can be triggered and placed on hold until later so players can stay immersed in the wheel action. 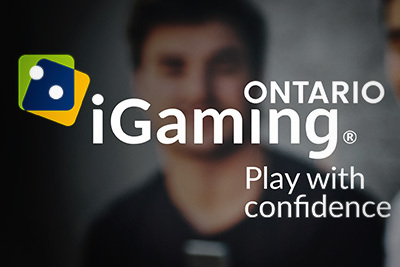