In the following paragraphs, we will talk a bit more about the UK National Lottery, how BBC broadcasts the new draws and how you can participate. We will also mention a few things about playing the BBC National Lottery responsibly and will share some interesting facts along the way.

Lottery (lotto) is a form of gambling that involves drawing random numbers for a specific prize. There is a long lotto history, dating from ancient times. The game originated during the Han Dynasty and is still one of the most popular gambling activities throughout the world.

Nowadays, you can play at some of the best lotto sites online, as well as to try your luck at the National Lottery. The UK Lotto was established in 1994. It is operated by Camelot Group, licensed and regulated by the UKGC. There are different types of lottery games that you can try your luck on, including classic lottery tickets and scratch cards. 53% of the spent money on the lottery go towards the prize, while 25% go to good causes.

There are some speculations that the money for ‘good causes’ is used as a form of stealth tax to support the National Lottery Community Fund, which supports public spending.

Along with some changes throughout the years, the National Lottery includes different games that players from the country can play. As of 2019, you can try your luck at the following activities:

There are some games that the National Lottery has discarded, including Dream Number, Big Draw and Millionaire Raffle. The games are no longer present in the lottery catalogue due to changes in draw rules.

Olympic Scratchcards were launched on July 27th 2005, because of the successful bid for London to host the 2012 Olympic Games. The raised money from the scratchards was intended to be deposited towards the cost of staging the games.

How to Play Lotto?

It is easy to try your luck at the lottery. You must buy a ticket, pick how many numbers you want to play with (you can play with 2 up to 6 numbers, depending on the ticket type), enter your numbers and submit the ticket. From there, you must look out for the daily draw and hope that Lady Luck has blessed you with a great surprise.

You can visit a land-based lotto kiosk and get your ticket from there, but this is not the only option available. You can use the Barclays Pingit app or the National Lottery App for purchasing tickets. Small winnings are directly transferred to your account. You can easily play online at the lottery’s official website as well. There are two ways to play online:

Play by Text was also a convenient way to play lotto, but the service closed in 2013. Another discarded option was the Sky Active service. It got negative feedback from UK players as they were able to purchase only up to eight weeks’ worth of tickets at a time.

The Lottery on BBC and other TV Media

Most of the lottery draws are aired live on television. There were several shows and short live draws throughout the years. The first National Lottery show aired in 1994, presented by Noel Edmonds.

The Lottery draws would originally take place at the BBC studio. They used to be drawn during the Saturday game show. For Wednesday’s BBC lottery draw, there was a dedicated 10-minute slot on BBC One on the same set of the game show mentioned earlier. In 2012, all BBC lottery live shows were relocated to BBC Scotland. Up until that year, there had been 1678 BBC National Lottery draws aired on one of the biggest public service broadcasters in the UK and the world.

On November 7th 2015, a malfunction happened during the live draw on BBC One. The machine failed to release all the balls, which led to the postponement of the draw. The results were later posted on the website.

From the winter of 2013 onwards, the Wednesday and Saturday BBC National Lottery draws are no longer broadcasted. The National Lottery HQ studio started airing the live draws for a few years. In 2018, it was announced that there would be a 90-second slot for the Saturday night draw, aired on ITV.

As mentioned, BBC Lottery draw results are visible on the BBC online platform. However, the BBC quietly discarded this service for a while. In 2020, the plans to drop the BBC Red Button Teletext service were announced, causing a public outcry by the UK’s National Federation of the Blind. Because of that, the plans were deleted nine months later. There are no live draws on BBC One and BBC Scotland, and everything is now accessible online on the National Lottery website. Draw results are only mentioned on the BBC website. We will keep you posted if there are any changes.

Playing lotto looks easy and harmless, but it is still a form of gambling. As such, there are regulations that must be taken in consideration. The National Lottery is regulated by the UK Gambling Law and is a member of the World Lottery Association. As of April 2021, changes were applied on the eligibility requirements, which include:

We would like to add a reminder to play responsibly. If you or someone you know struggle with gambling addiction, we advise you to seek help. GamStop and GamCare, both in association with the National Lottery, are great online platforms that provides detailed information and useful contacts that you can use at any time if you or another person are problem gamblers.

The National Lottery draw results can be found on the BBC website. All episodes are uploaded and accessible for UK players to check. The BBC television used to air live lotto draws on Wednesday and Saturday. There was a dedicated BBC National Lottery show that was broadcasted across the United Kingdom, including Scotland. Nowadays, the BBC lottery live shows are mostly aired online or on ITV.

In this section of the article, you will find answers to some popular questions about the BBC Lottery UK topic. There is extra information about the National Lottery, lucky numbers, is it still aired on television and more. The answers are provided by our editors, based on thorough research.

❓ Can a foreigner win the UK BBC Lottery?

No, a foreigner cannot win the UK Lottery. There are strict lotto regulations that must be followed, one of which is that a prize can be claimed only by a resident of the United Kingdom or the Isle of Man. The player must be at least 18 to play the National Lottery.

🔍 Is the UK BBC Lottery rigged?

The National Lottery is not rigged. Lotto is a game of chance, presenting a different number combination with each draw. It is hard to predict or control the outcome of the game. Only around 10% of the players announce their wins to the public, which may be the reason people doubt the lotto games.

🤔 What time is the Saturday night BBC National Lottery draw?

You can play and watch the BBC Lottery UK draw online. The Saturday night draw starts at 7:45 p.m. There is also a Wednesday draw at 8 p.m. You can find them on Youtube, the National Lottery official website, and on the BBC online portal.

💰 Why is the BBC not showing lottery results?

As of January 2020, the BBC announced the drop of its Red Button Teletext service, restricting the airing of live draws on tv and the results announcements online. This caused an outrage from the blind, disabled and pensioner residents of the UK, which led to a huge BBC lottery scandal. Now, the BBC Lottery results are still accessible online.

☝️ How can I play the BBC Lottery?

If you’re wondering how to play the BBC lottery, we’ve got some tips for you! First of all, you must register online, play via app or go buy a physical ticket from your local kiosk. Add the numbers you would like to play with and submit the ticket. Keep track of the results on the BBC lottery website. 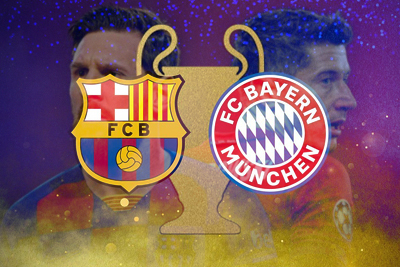 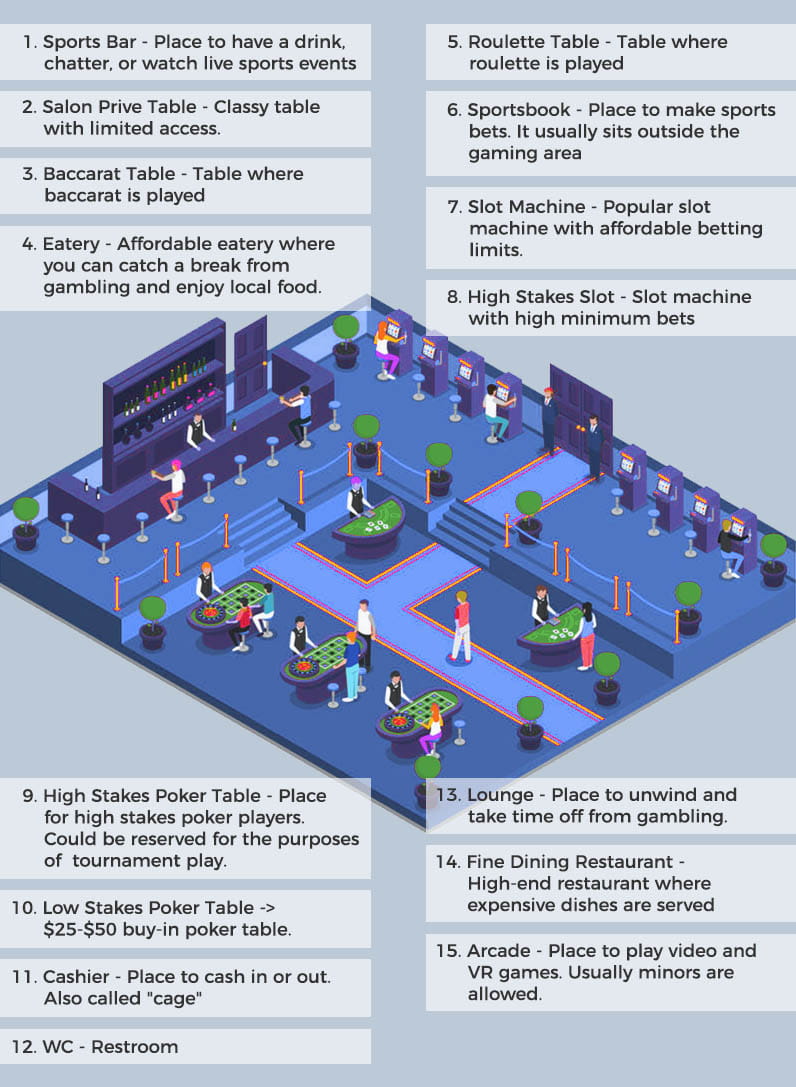 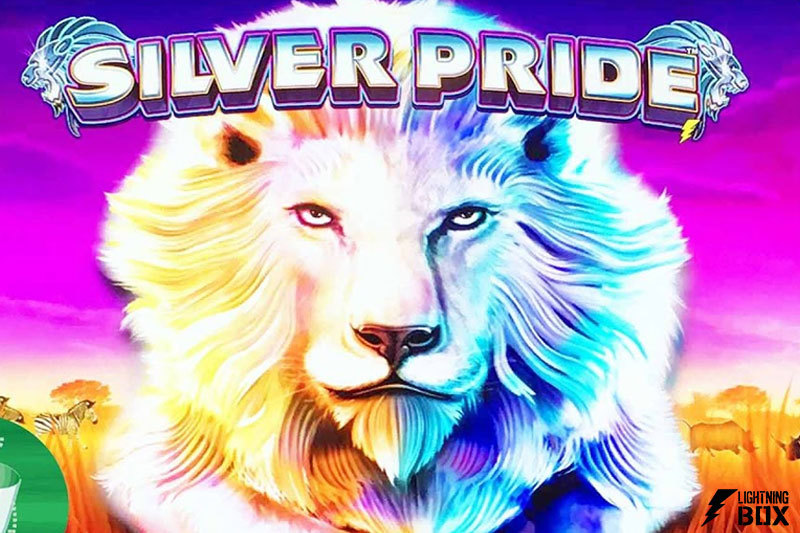 June 23, 2021
Check Also
Close
Recent Stories
Featured Posts
Euphoria Would Make Much More Sense If It Were Set in College
14 mins ago

Mike Tyson, 55, and Jake Paul, 25, ‘are finalizing deal for an exhibition bout in Las Vegas’
32 mins ago

Covid US: Fauci warns that Omicron may not be the ‘end’ of pandemic
56 mins ago