On Thursday, December 23rd, 2021 we found out that Antonio Conte will have no choice but to overcome his former football club in Chelsea in order to reach the League Cup final early on during Conte’s head coaching career with Tottenham Hotspur, and Antonio would like to do it in just 1 – game.

The semifinals of the Carabao Cup will commence in 2 – weeks from now, are currently planned to be played over 2 – legs even though there has been a massive surge in COVID – 19 cases which has unfortunately wiped out matches and created a fixture pile – up.

Tottenham Hotspur was too much for West Ham to handle as Tottenham Hotspur defeated West Ham with a final tally of 2 to 1 while Chelsea took out Brentford with a final score of 2 to 0 on Wednesday, December 22nd, 2021 prior to being paired against one another in the last – 4 that will also feature Arsenal battle it out versus Liverpool. This is English football at its finest ladies and gentlemen.

Jürgen Klopp is currently the man in charge of the Liverpool football club and he would easily forfeit home – field – advantage in order to see Liverpool not having to compete in 2 – matches for the semifinals during the initial 2 – weeks of the new year in 2022 provided the lack of winter break as well as a packed festive program that is stretching the club out tremendously.

Liverpool was forced in to penalty shots in order to determine the winner against Leicester on Wednesday, December 22nd, 2021 in the other quarterfinal match as Liverpool held on to win 5 to 4 over the course of the intense shootout once the contest eventually ended in a 3 to 3 draw after 90 full minutes of fucking action. Hell of a game folks!

“If I have to decide maybe it would be to play one game and not two games, especially I repeat for the situation we are living but we have to respect the rules,” the head coach of Tottenham Hotspur Antonio Conte stated. “For sure it will be nice and good to play against Chelsea for me. I spent two amazing seasons with Chelsea (2016-18) and I enjoyed a lot and everything there, but now I am the manager of Tottenham and I am ready to give everything for this club.”

“The draw has us at Arsenal, I’m fine with that, we play there and see who is better and go for it,” says the head coach of Liverpool Jürgen Klopp. “I don’t just speak about player welfare this year; I have been speaking about it for six years or maybe longer. If the things I say would help more, I would say it much more often. But it doesn’t help. The only thing I do with these messages is I create headlines. They never arrive at the right places.”

“It was a brilliant result given the circumstances,” Thomas Tuchel proclaimed.

“When you reach the semi – final, for sure in England to lift the trophy is very difficult. You find Chelsea, Liverpool and Arsenal, then Tottenham,” Conte goes on to say. “West Ham, they eliminated Manchester United and Manchester City. In England the level is very high … now let’s see. It’s a good game.”

Reuters News Services “Conte ready to give everything for Spurs ahead of Chelsea semi – final”. Reuters. December 22, 2021.

Animal lovers reveal the reality of spending the holidays with their four-legged friends, 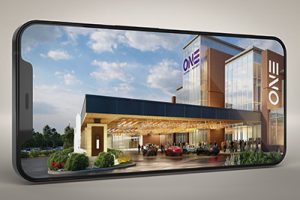