Before we begin with this draft lottery NBA blog post, we would like to point out that all online operators that you are to find on our pages are personally tested and verified by us, in addition to their licences by third party authorities. Also, we would like to point out the importance of ensuring that the online bookmaker or casino you have entered is trustworthy and legal. For that reason, we always encourage players to double-check the authenticity of the particular gambling website.

NBA Draft Lottery – What is It?

The NBA draft lottery is an annually held event by the National Basketball Association (NBA). During it, the teams who had missed the playoffs the previous year participate in a lottery competition to determine the NBA lottery draft order.

The teams that partake in the NBA lottery receive the right to obtain amateur US college basketball players or other eligible players, including international players. In fact, some of the best basketball players like Shaquille O’Neal have been integrated into the professional scene thanks to the NBA lottery draft. Depending on the lottery outcome, the participating teams will take their pre-determined turns in the draft, with the winner having the first selection.

According to the current rules, the NBA Draft Lottery decides only the top four picks, chosen from the 14 teams, failed to reach the playoffs. Each team’s odds at scoring the top pick are based on their regular season’s performance. After the first four teams make their picks, they are followed by the rest in inverse order of the win-loss records. However, it must be mentioned that the NBA draft lottery does not determine the draft order in the subsequent rounds.

Rules – How Does the NBA Draft Work?

The core principle of the NBA lottery is not much different from the classic lottery that we know and we have grown up with. In fact, the American basketball equivalent is much simpler than its predecessor. There are 14 balls numbered from 1 to 14. As you could guess, they are placed in a glass drum and automatically mixed around for 20 seconds. After that, the first ball gets drawn, followed by three additional balls with 10-second intervals in between.

Subsequently, each team is given its list of combinations created with the four withdrawn balls. Then, one of those combinations is selected, thus determining which team gets that particular pick. It is impressive to think that 1000 combinations can be used. However, there is one specific exception. The combination of 11-12-13-14 is not used, meaning that if it miraculously gets drawn for one of the picks, the balls are reshuffled and drawn again.

But wait, it will only get more interesting! It is vital to note that the better odds a team has, the more combinations he is allowed to make with the drawn numbers. Anyhow, after the first three NBA lottery picks are settled, the remaining draft order is decided based on each team’s lottery odds.

Brief History on the NBA Draft

Before the National Basketball Association came up with its concept for the draft lottery, there have been other player selection methods. Initially, from 1947 to 1965, the organisation was using the so-called NBA territorial pick. That meant that teams are allowed to draft a player from their local areas. However, if a couple decides to use its territorial pick, it will respectively have to forfeit its first-round pick in the draft.

Later, in 1966, the NBA implemented changes to its draft system. Furthermore, one of the core features of the revamp was the introduction of a coin flip between the worst teams in each conference. The purpose of that is to determine which team will obtain the first NBA lottery pick.

Respectively, the team who lost the coin flip would get the opportunity to pick second, while the rest of the first-round selections were determined in reverse order of their win-loss score.

The NBA coin flip system, despite its flaws, lasted for nearly two decades. The last nail in its coffin came after the 1984 coin flip. It was won by the Houston Rockets, which poured more fuel to the fire as there were ever-growing accusations of NBA teams deliberately losing their regular-season games to secure the worst record and perhaps the first pick. Because of that, with the beginning of season 1985, the National Basketball Association introduced its first lottery draft system.

Similar to the fun-night lottery games on cruise ships, the first NBA lottery pick system involved a random drawing of envelopes, each of which had a name of a non-playoff team.

As you can imagine, all envelopes are shuffled in a hopper, after which one group is being drawn. Respectively, the first team to be drawn would get the first pick. This process was then repeated until all lottery picks were determined.

With this method, each non-playoff team had an equal chance of obtaining the first pick.

As with the previous system, the rest of the first-round picks were listed, considering their win-loss performance. As most fans and participants enjoyed the NBA draft lottery, the organisation showed their effort in improving the system.

In 1987, the first modifications to the NBA lottery draft were introduced. The main change was that the lottery determined only the first three picks. That means that after the initial three envelopes were drawn, the rest of the non-playoff teams would choose in reverse order to their win-loss record. In other words, the worst record team could achieve no worse than the fourth selection, while the second-worst could not go any lower than the fifth.

Finally, in 1993 the NBA modified their lottery system yet again. The format was changed to the one we know today, with some tiny differences. Perhaps, the most significant change was replacing the envelopes with table tennis balls that we are used to seeing in any modern lottery game.

Eventually, there were a few additional tweaks and amendments to the rules until the game’s current state was reached.

The Largest Upsets in NBA Loterry

So far in our blog post, we have traced the development of the draft lottery NBA throughout the years. As virtually any organisation, game, or product, we saw how the National Basketball Association faces issues and implement changes until they meet the next obstacle.

Regardless of the organisation’s efforts to make the event as fair as it can be, without any doubt, chance and luck play a big part in the spectacle. Because of these two factors, if we scroll down through the seasons, we can notice some unexpected turnouts. Therefore, in this section of our NBA draft lottery blog, we will look into some of the largest upsets in its recent lottery history.

As listed in the table above, the first significant NBA draft upset occurred in 1993. During this edition of the lottery, the Orlando Magic won the competition with just a 1.5% chance of success. This percentage has been recorded as the victory with the lowest likelihood of success. The second-largest upset in the NBA draft happened twice in the last two decades. First, the Chicago Bulls won the draft of 2008 with just a 1.7% chance. Then, years later, in 2014, the same win rate victory happened for the Cleaveland Cavaliers.

You can see for yourself that the NBA lottery draft is quite unpredictable. That fact is undoubtedly another reason for the show to be so exciting to watch. Every new season, numbers and percentages shift, and the outcome is unclear as ever. In fact, since the introduction of the lottery system in 1985, only 18 out of 30 NBA teams have won. Not only that but, when some teams have not scored a single victory over the hopper machine, others have won over multiple seasons. For example, the Los Angeles Clippers have won five times.

The NBA draft lottery gathers many viewers across the globe. As it is such a big sports event, many of the best sports betting bookmakers follow the whole course of the draft and offer attractive betting odds. For your convenience, we have included one of the most prominent online operators in the table below:

Here, we would like to point out that any operator you find on our pages is trusted and personally checked by us. Therefore, you can rest assured that you will not expose yourself or your details to any potential danger if you decide to place your bets on a bookmaker provided by us. Our only advice is to bet responsibly, and if you are new to sports betting, start with smaller sums.

While we were researching this NBA lottery draft blog post, we concluded that this is an incredibly captivating American basketball sports event. After all, hundred thousand viewers, if not millions, track their favoured team and hope that they will get a pole position in the draft. Of course, even when you know the odds, you cannot be entirely sure which team will get the best player picks, but one is certain that there are many emotions and excitement involved.

We have reached the end of our draft lottery NBA blog. Therefore, we thought it would be a great addition to the post if we included some of the most frequently asked questions. The following section contains some of our personally selected queries and their respective answers.

🏀 What is the NBA draft lottery about?

As the name gives it away, the NBA draft lottery involves the drawing of ping pong balls from a hopper that shuffles them. The 14 balls represent the 14 American basketball teams that did not make it to the playoffs. Subsequently, the draws determine the order in which the participating teams will draft new players for their rosters.

⚙️ How does the NBA draft lottery work?

According to the latest NBA draft lottery rules, 14 ping pong balls represent each team that has failed to qualify for the playoffs. Respectively, these balls are put into a hopper and then shuffled. During the next stage, the balls are being drawn, thus determining the draft order.

🕰️ When did the NBA draft begin?

Scrolling back through the history of the NBA draft, we must name 1947 as the year of its beginning. Back then, the NBA draft revolved around teams making territorial picks rather than participating in a lottery. However, despite the fact the NBA draft is vastly different now, it is still essential to understand its evolution.

✔️ Can you place bets on the NBA draft lottery?

Absolutely! An important sports event such as the NBA draft lottery is followed by hundreds of thousands of viewers every year. Not only that but there are many NBA draft lottery bookmakers that offer attractive odds and bonuses, designated explicitly for the NBA lottery broadcast.

📜 When was the current type of NBA draft lottery first introduced?

The NBA draft had changed a lot for the last 70 years, seeing multiple different ideas included, expanded, or removed altogether. Anyhow, the first introduction of the NBA draft lottery, in the form we know today, happened in 1993. That year saw the replacement of the envelopes with ping pong balls and many other changes in the rules.

❓ Has any team won the NBA draft despite its low win chance?

The records show that there have been multiple editions of the NBA draft where an underdog team has managed to secure the first pick. In fact, such occurrences are named as some of the biggest NBA lottery draft upsets in history. For example, in 2014, the Cleaveland Cavaliers have scored a win with just a 1.70% chance. 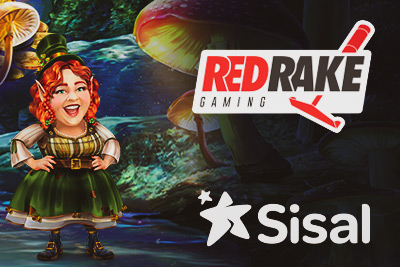 Red Rake has expanded their market at home with SISL.es deal 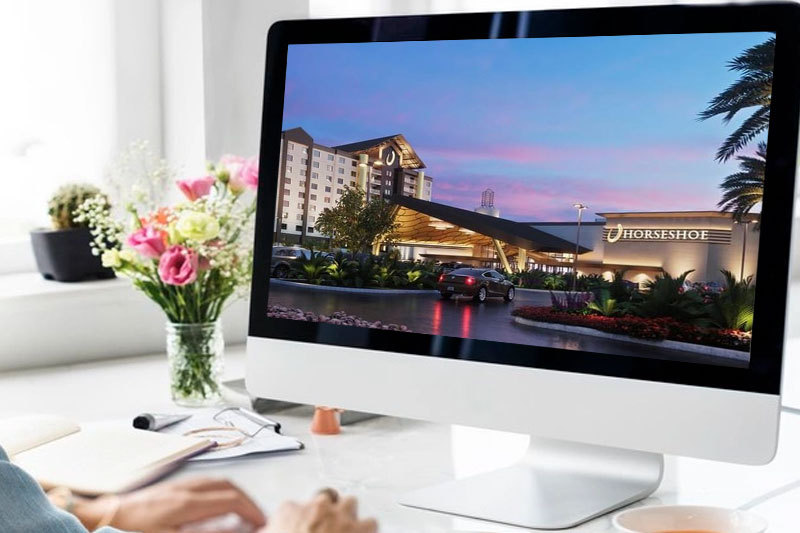